From £35,8358
Facelifted 5 Series remains a supremely talented estate car with tweaked looks and connectivity, but the E-Class is smoother
Open gallery
Close

In the battle of the boots, the BMW 5 Series has traditionally lost out to its Mercedes-Benz E-Class arch-rival. This facelifted 5-er is no different, because the Merc still boasts the bigger cargo bay by either 80 or 120 litres, depending on how you’ve arranged the seats.

But if your personal tick list extends beyond a simple load bay comparison, then the 5 Series has always been right up there with the big Merc. The version we test here is the 530d Touring, running the Bavarian firm’s straight-six diesel, with 282bhp and 479lb ft. The 0-62mph sprint takes 5.6sec, another figure that’s a smidge down on the E-Class.

It now boasts mild-hybrid technology - previously, this was offered on only the 520d - with a 48V starter-generator so the car now coasts into a junction with the engine off. It also gives a temporary boost of 11bhp.

The 5 Series’ looks have been breathed on, with a wider and taller grille, reworked lights front and back, and trapezoidal tailpipe finishers. The most popular trim level - M Sport - gets new alloy wheels. Inside, the infotainment screen has increased to 12.3in and it comes with new connectivity, including over-the-air updates.

One tip: avoid white paint if you spec the Shadow Line with extended contents, because it makes the black grille look too pronounced and snouty, and we all know where that particular BMW styling argument ends. 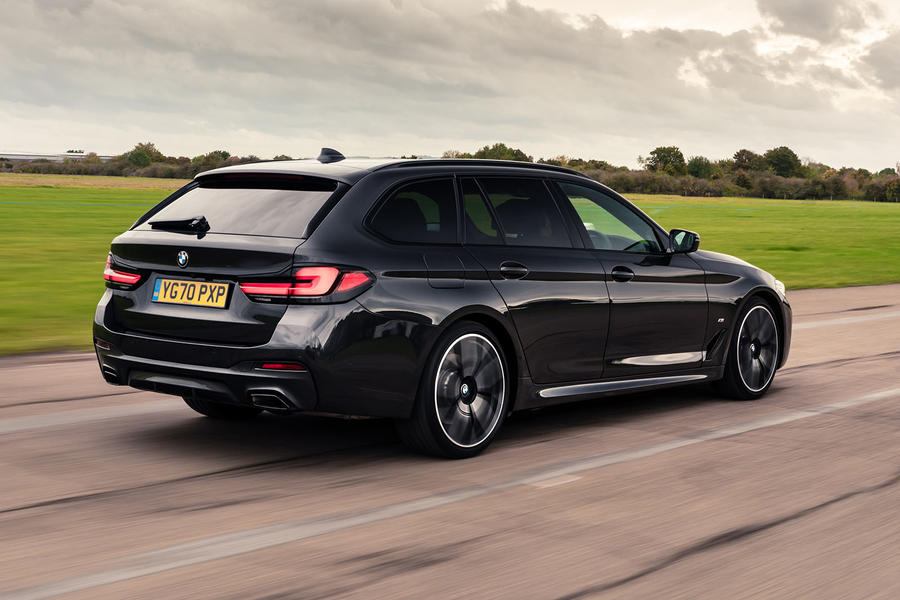 Out on the road, the facelifted 5 Series delivers as you’d expect, with a slightly more driver-focused experience than the E-Class. The steering has a bit more weight and feel, while the chassis is sharper.

The engine is punchy and, like all big modern diesels, there’s a continuous thrust of torque permanently on tap. It’s a smooth lump, although not quite as whisper quiet as the Merc’s.

But this car’s more enthusiastic lean comes at the expense of comfort. It’s fine on a motorway, but around town and on back roads, the continuous chatter and niggle you get back into the cabin isn’t reassuring - this despite the car having adaptive suspension. The Merc is more silken. Yes, it might miss out on the last fraction of handling ability, but the E-Class is an easier car to live with, whether you’ve got loads of kit to lug or not. 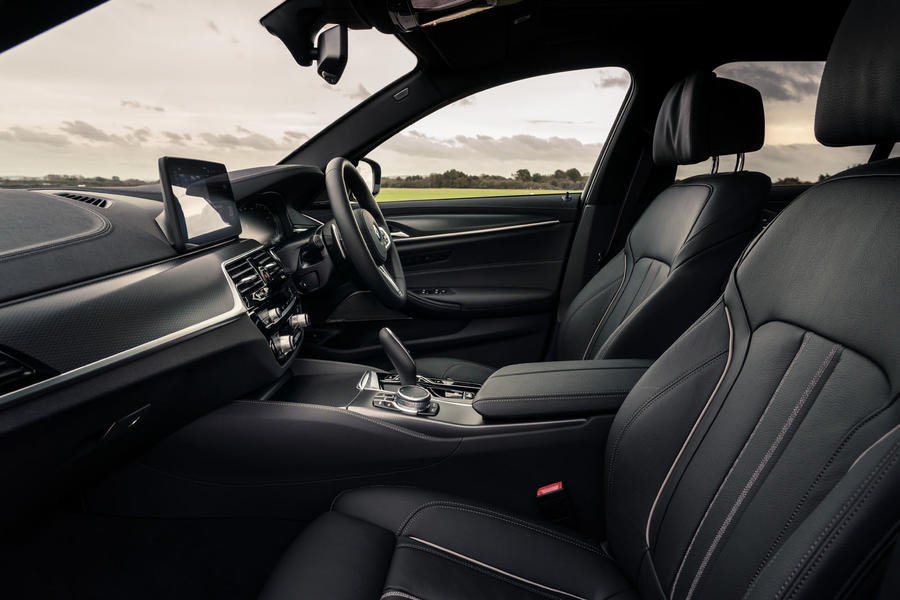 The facelifted 5 Series remains a supremely talented estate car with its tweaked looks and connectivity, and the engine is still a peach, with all the power you’d ever need for whatever sort of journey you throw at it.

But to me, the jittery ride lets it down. It doesn’t deliver standout handling, but it does make an average journey too disturbed. The latest E-Class feels like a more rounded proposition. 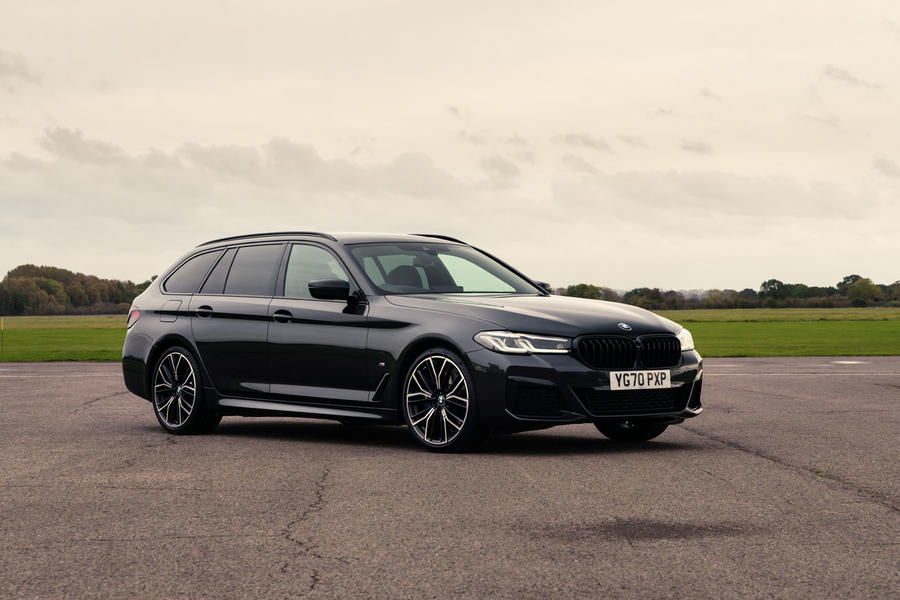 Log in or register to post comments
Cobnapint 4 May 2021
Things that need to happen so that us humans can have less stress in their lives.
1) Autocar need to ditch the 'from' price in the review headline. It has little to do with the model under test and is both misleading and pointless.
2) BMW need, once and for all, for the future of mankind's sanity - to get rid of runflat tyres. They are a complete pain in the. Just fit normal tyres, put a collapsible or space saving spare under the boot floor and all will be well FFS.
SAS32 30 April 2021
I think VDC Variable Damper Control is a must on any car where it's available as an option and it works particularly well on BMW's, especially with smaller wheels, as you really do benefit from a comfortable ride, Unfortunately, small these days is 18" and many owners upgrade to 19s despite the horrors of runflat tyres, which can obviously be replaced with a far more comfortable non-runflat alternative.

BMW's excessive camber can also be an issue as it eats the inside of the tyre, often well before the tyre would otherwise require replacing.

The 530d in question has VDC but not the very expensive Adaptive Drive mentioned by another poster, which actively manipulates the anti-roll bars for better handling or comfort.

TStag 29 April 2021
@LucyP of course I could buy Jaguars 4 Cylinder Petrol which does 0-60 and is .5 of a second slower but is also 10k cheaper. So 10k more expensive Diesel BMW with another rubbish BMW interior or revamped Jaguar XF with a better interior and superior handling?

I say this by the way as a soon to be ex BMW owner who is fuming that he’s had to strip out all the hexagon aluminium interior from his BMW because it scratches so badly. It will be a cold day in hell that I’ll buy another BMW.

Can you tell I’m a not very happy BMW owner....