When mid-life changes were recently announced to the seventh generation of the BMW 5 Series, at 48 years the company’s oldest nameplate, they had all the hallmarks of a routine review of an already good car. Sure, there were to be different lights, reshaped bumpers, a bigger grille, some more tech, but nothing to stop the traffic.

That was when we learned that as well as making gentle revisions to existing models, the company planned to reintroduce a very special flagship – the M550i. Not content with that, they’d be launching it with xDrive intelligent four-wheel drive, greatly improving the all-roads-all-weathers capability of a car with 523bhp on tap from a mighty 4.4-litre twin-turbocharged V8 engine likely to be remembered as the pinnacle of the species.

The M550i is a model BMW buyers in mainland Europe have been enjoying for several years, but in this country, where top-end cars sell especially well, there had been a presumption that the very top performance, 616bhp BMW M5 Competition would cater best for demand from 5 Series customers who wanted the fastest and the best.

But as successive road tests have shown, the M5 has grown more and more hardcore in demeanour and behaviour in recent years, belying its near 5.0m length. Against the watch, it’s now also far quicker than most ambitious drivers of business saloons are likely to need and, what is more, its suspension is deemed too stiff, much of the time, for rough-roads Britain.

All of which is why BMW’s local bosses submitted a request to Munich for a right-handed version of the M550i xDrive and were rewarded with a car that’s still hugely fast (0-62mph 3.8sec) but much more emollient with it. A car, as one experienced BMW driver put it, with “more waft built into it”. 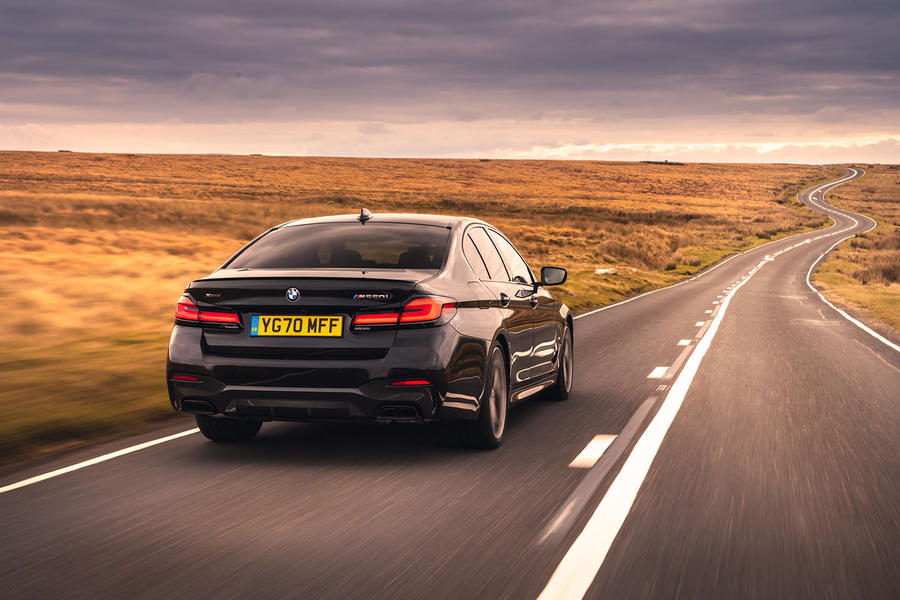 Mind you, the M550i is a pretty complete car without the ritual add-ons like 'Professional' suspension, which adds air springing and active roll-control. In truth, the key feature of the M550i is its excellent long-distance comfort, given that is also offers high-speed stability and B-roads accuracy and grip. This is one sports saloon for which no excuses need be made for discomfort to passengers who simply don’t understand sports saloons: it simply comes across as a classy, well-mannered machine. Even road noise, so often a bugbear in German fast cars, is kept under control.

The powertrain is a force of nature. Driven gently, it could be the most refined of straight sixes; there’s no throb at all because there’s hardly any noise at all. Only when you get going does the character of the engine become obvious, and even then it’s classy and well mannered. There’s more of a rumble when you select the Sport driving regime – which you can do with alacrity because, even though the ride gets stiffer and the steering has a bit more weight, this is fundamentally a long-legged, easy-driving car.

The xDrive system is brilliant at keeping traction: we spent a hilarious 20 minutes trying to get it to break traction meaningfully – and failing. All that traction, when the various stability controls are active, allows the car to put down a great deal of its power without stepping more than a few degrees out of line. It’s fascinating in a car of this power on greasy roads to speculate on just how many bent cars – and lives – these systems must have saved.

The performance is extremely strong – how could it not be, with a 0-60mph time to match many a Ferrari – but there’s nothing explosive about it. That word would imply a lack of controllability, whereas there’s a rationality about the way you drive an M550i even when going pretty quickly. The accelerator has the same precision about it as the steering, gearchange paddles and the pleasantly powerful brakes.

The M550i’s interior contains no surprises. Ours was black, of course, with all the usual BMW controls and decor and a large, panoramic screen dominating things in the centre of the car. The seats are supportive and very well shaped for sporty driving, with a generous range of both height adjustment and fore/aft movement. Rear room is okay without being spectacular for a 5.0m-long car, and the boot space is decent for family holidays. 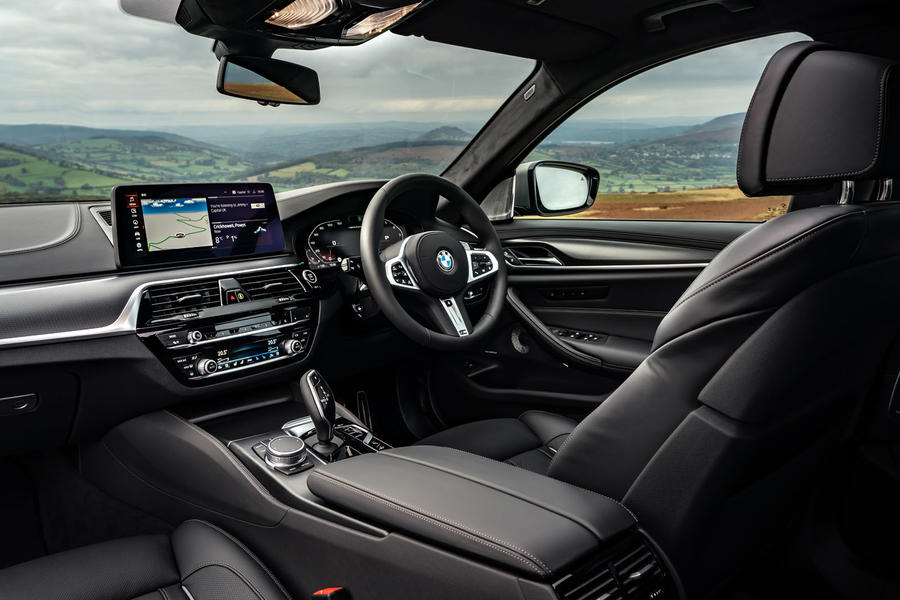 That uncluttered and well-trimmed boot space, in a way, shines a light on the whole car’s character and versatility. This is a driver’s car, for sure, and an extremely stirring and swift one. But it can be driven in other moods and it’s great for many other purposes. You could imagine it toting a family across Europe on holiday, or being used to transport an architect’s clients in comfort.

The fact that you can buy an M550i, after adding sensible options, for £20,000 less than the basic M5 – and probably avoid drawing undue attention to yourself into the bargain – makes this a wise choice in our book. Whisper this, but if we’re talking exhilarating day-to-day use, mixing in a good helping of practicality, the M550i might be even more desirable than the great M5 itself. 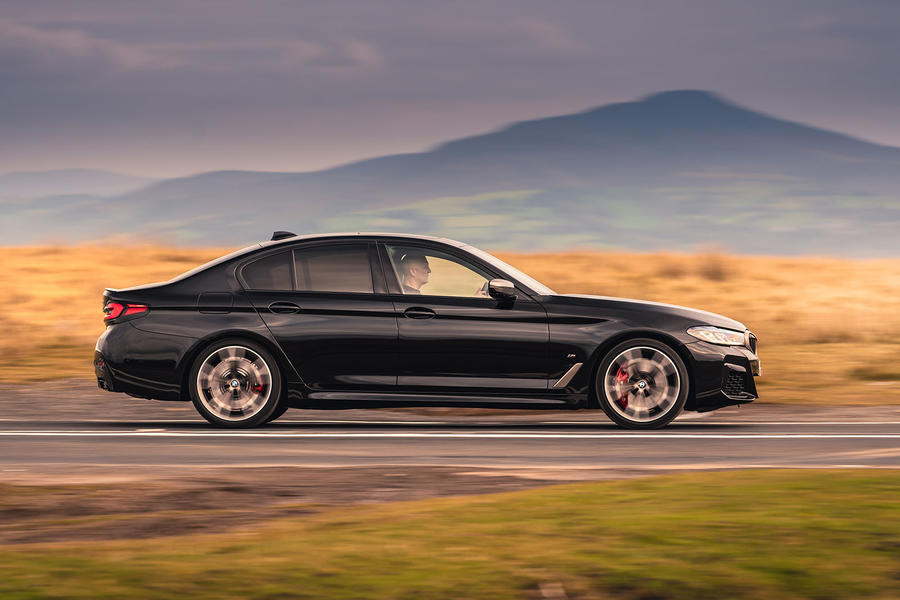 A £70k car that needs another £4.5k spending on it to make it comfortable, yep they really know how to charge these Germans.

Overdrive 17 December 2020
The M5 is a brilliant supersaloon, but as an all rounder, combining comfort, refinement, quality and performance, the M550i is the one to have. In fact, it's arguably the best in its class.
View all comments (11)