From £69,9558
More of the same from Audi flagship, good and bad. The one knockout blow comes from its incredible refinement
Open gallery
Close

The range-topping Audi A8 has never achieved the cut-through that most other Audi models have.

Granted, the luxury saloon sector is a fairly small space, and it’s one that’s shrinking at that; plus the Mercedes-Benz S-Class has pretty much had it sewn up since God was a boy. Still, it’s a segment in which manufacturers show off all their shiny new technology that will in time trickle down their ranges; and at this cutting edge, there’s far more than pride at stake and sales charts to top: there is influence to be had and there are reputations to be made.

This revised A8 arrives with no new technology to showcase, though, which is a bit awkward given that the tech-rich new-generation S-Class is being launched in the UK at the same time and we’re just weeks away from the unveiling of the next BMW 7 Series, which will have its first all-electric variant, the BMW i7.

That sounds far more pioneering than a big V6 diesel with a new front grille, some new headlights and a shuff le of the trim levels.

Even so, Audi is making plenty of noise about this round of changes to the fourth-generation A8, launched in 2017. It remains the company’s flagship, after all, and is still a very comfortable and refined car to drive and to be driven in. 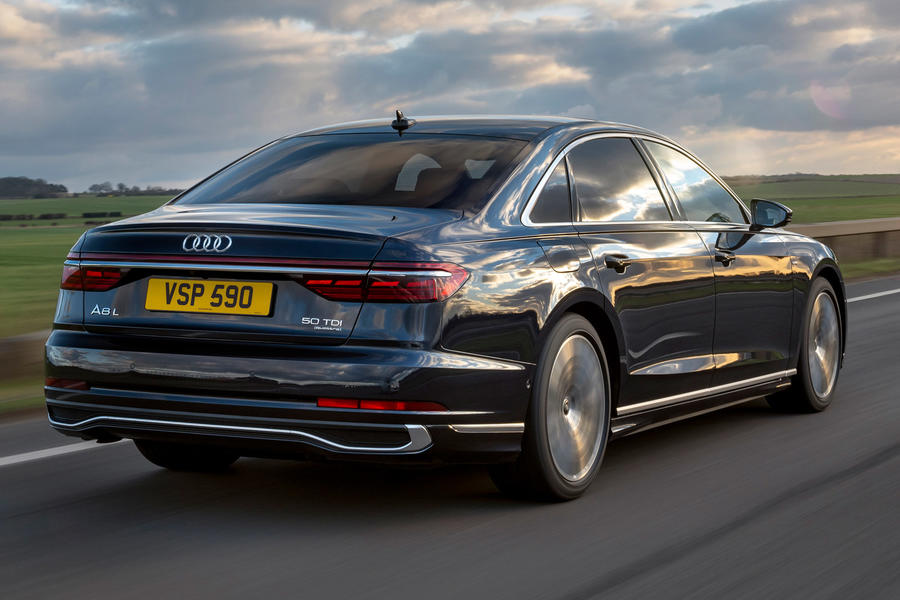 A big part of that is down to the 3.0-litre engine of our 50 TDI test car, which is an absolute peach. Back at the Mk4 A8’s original launch, it was billed as the quietest engine that Audi had ever made, and it still operates in gloriously hushed tones today, befitting the A8’s luxury positioning.

It is ultra-refined and has as much power and torque as you are ever going to need in the real world.

These reserves are effortlessly delivered with a minimum of fuss and fanfare through the willing companion of an eight-speed automatic gearbox.

All this while delivering an easy 40mpg. Diesel: it will never catch on. The rest of the package is good, if not quite as stellar. Take the ride. Show the A8 a smooth road and it’s as comfortable and cosseting as any car in any segment. Coupled with that engine, on smooth roads like these, you would be reluctant to swap into anything else after settling into that comfy driver’s seat.

Yet show it the kind of road that’s more common in Britain, with lots of scars, abrasions and lumps missing, and the mask can occasionally slip, exposing the odd thump through the cabin.

This has always been the biggest objective weakness of the A8 – and remains so even now with the sheer amount of chassis technology, including adaptive air suspension and variable dampers as standard. Which is all very frustrating.

The A8 remains a car not to get your pulse racing from the driver’s seat, rather one to lower it. The handling is geared towards precision rather than involvement, a description that could also be extended to the steering. It’s a car to waft around in, in short.

While wafting around, you and your passengers will have plenty of time to enjoy the impressive cabin.

The infotainment system’s graphics are as clear and crisp as any out there. And despite a huge number of options, shortcuts and, yes, even physical buttons to press, it’s an easy interior to operate – almost as easy as it is to settle into one of those comfy seats. Whether in the front or the back, they are a joy to sit in.

Two words of warning, though: the haptic feedback of the touchscreen still feels weird and even freshly sanitised hands will leave a smear on any part of the gloss black trim with which they come into contact. 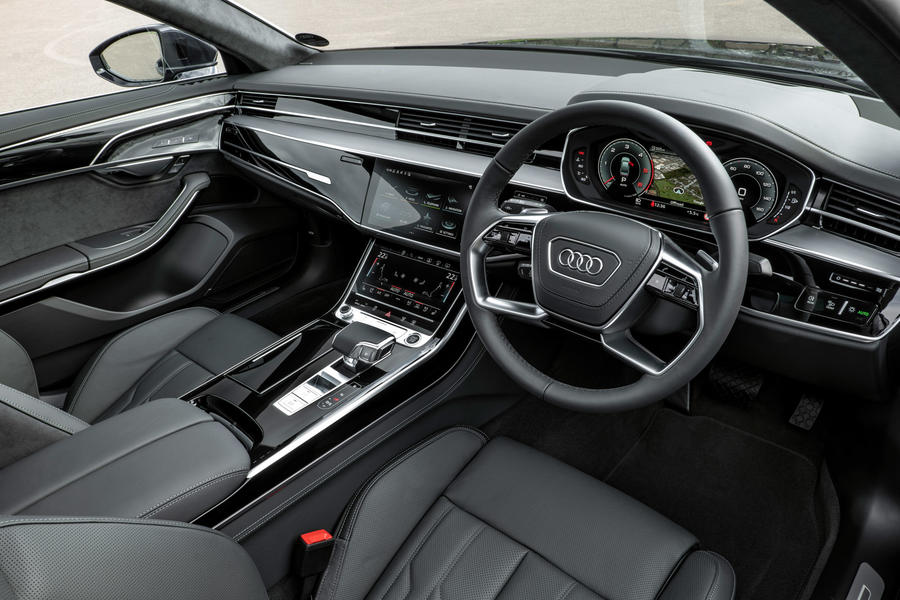 So there’s plenty going for the A8 still. And yet... its rivals are fresher, come with more electrons (there are plug-in hybrid A8s, but the new S-Class PHEV dwarfs their electric-only range, and then there’s the fully electric i7), more tech and even greater levels of comfort.

Audi’s best still isn’t quite enough, then, but that just shows how high the bar has been set elsewhere and how industry trendsetters and game-changers are continuing to march relentlessly on. 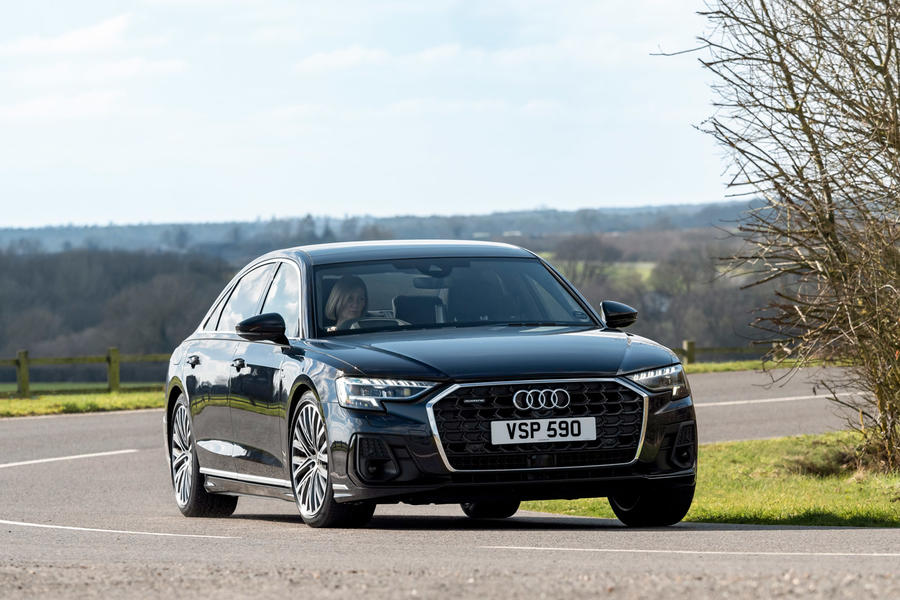 Log in or register to post comments
Tonrichard 9 April 2022
The likes of the A8 and BMW 7 Series only start to make sense when they are 1-2 year’s old when they have depreciated by 50% and look good value against a new fully loaded A6 or BMW 5 Series - providing you can live with their size and put a premium on luxury over sportiness.
abkq 8 April 2022

But where is the flair, commitment or imagination?

The clinical interior is particularly uninviting. So who buys these things? I imagine those who live in penthouses in those cold & humourless glass & steel Norman Foster towers.

Andrew1 8 April 2022
It looks like any other Audi, only with more chrome and LEDs.
And what is so "pioneering" about a rattling diesel in a car that costs £80.000 and pretends to be luxury? Why would anyone want a diesel engine in a car of this class? Surely not to save money on fuel nor to save the planet.
View all comments (5)