From £31,5357
In epitomising Audi's usual brand strengths, the four-seat A5 Cabriolet makes for an appealing open-top option
Open gallery
Close

Audi has a particularly sturdy reputation when it comes to open-top four-seaters. The original B4-generation Audi Cabriolet, a roll-top bath of class and stocky heft, cemented the brand’s reputation in a life cycle which lasted for practically the entire duration of the 1990s, before being replaced by Peter Schreyer’s B6-generation A4 in 2000.

Certainly, by the time Audi hived off the convertible into its current A5 format nearly ten years later, the model’s identity was well understood: reputable, elegantly understated, rock solid and a safe place for sunbed money. That each and every variant was somewhat staid to drive hardly registered as a problem for its buyers. Princess Diana drove a B4, and that, frankly, was enough.

The latest version of the Cabriolet, as with the wider A5 range, moves through its standard life cycle rejuvenation without seeking to alter the essential recipe. It's marginally longer and significantly lighter than before – as well as being more efficient across the board – thanks to the migration to Audi’s MLB Evo platform, but the look and calibre of the car is instantly recognisable.

Likely the greatest difference is the advent of the diesel engine not just as a vaguely acceptable method of driving a cabriolet, but the potentially preferable way. The 188bhp 2.0-litre TDI with the seven-speed S-tronic ‘box you can now have with front-wheel drive (meaning you can officially get 62.8mpg) has that vibe about it – especially as it starts at a tax-pleasing sub £40,000 in entry-level SE trim. We tried the sparklier S line version. 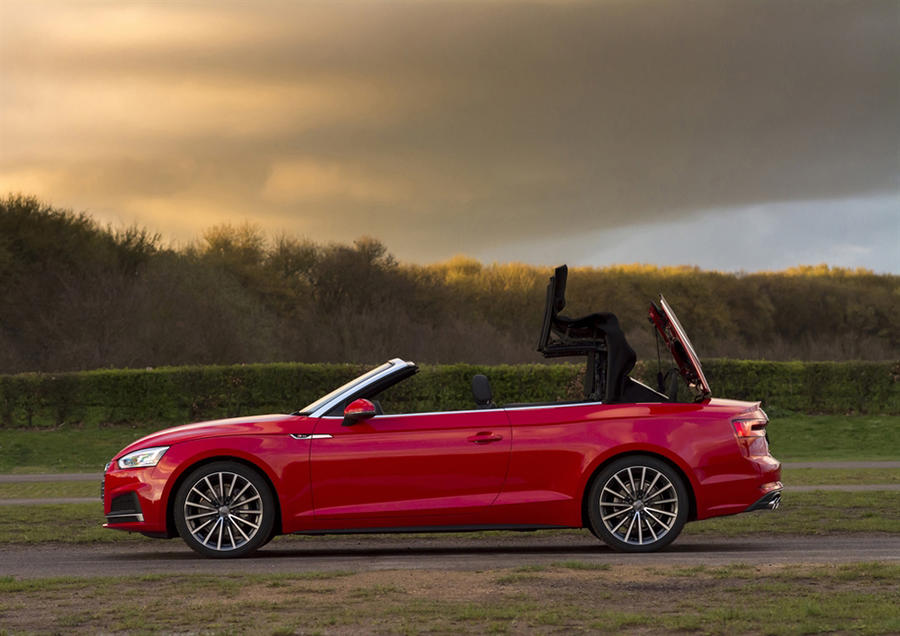 A right chip off the old block: supremely well-made, tactfully good-looking and mellow to drive in all the ways you’d mostly hope for. Much of the latter quality can be attributed to the engine, which gnashes gently at idle but then smoothes promptly out to provide the kind of muffled, well-mannered and attentive power source that you want in a car which never aspires to set your ruffled hair alight.

Undoubtedly a lighter kerbweight and the addition of the dual-clutch automatic transmission grease its effort at every turn. The weight loss isn’t monumental at 55kg – and the car overall isn’t featherlight at 1690kg either – but 295lb ft of torque from 1750rpm makes short work of the effort, and the gearbox’s fluttering shifts could hardly be more adept at keeping you in the motor’s most productive range.

Impatience can result in 0-62mph in 8.3sec – exposing you to a negligible edge of gravelly voice – but the drivetrain hardly feels strained by the effort and nor does the chassis, making the option of a quattro-driven rear axle seem mildly frivolous. Nothing the Cabriolet does smacks of authentic sportiness, of course – it remains too straightforward and unambiguous for handling novelty to ever prosper – but that doesn’t limit its usability or its easily found swiftness.

By default, the S line has lower-riding suspension, but given the firmness of the low-speed ride on the optional, adaptive comfort suspension fitted to our test car, we’d suggest you avoid the passive standard setup (the same goes for the 19in wheels of our test car, too). Otherwise, refinement is generally decent, if negated somewhat by the stiff breeze which inevitably rolls around the four-seat interior if you’ve neglected to go through the 20sec rigmarole of putting up the plastic wind deflector.

The roof takes 2sec less to erect, and the A5 Cabriolet is unimpeachably quiet once you’ve done so. The rest of the interior, it hardly needs to be added, is of first-rate order. A minor lengthening of the car's wheelbase hasn’t drastically improved rear leg room, but it was already decent, and with reasonably generous headroom, the Audi A5 remains a genuine four-seater with the boot space to match. 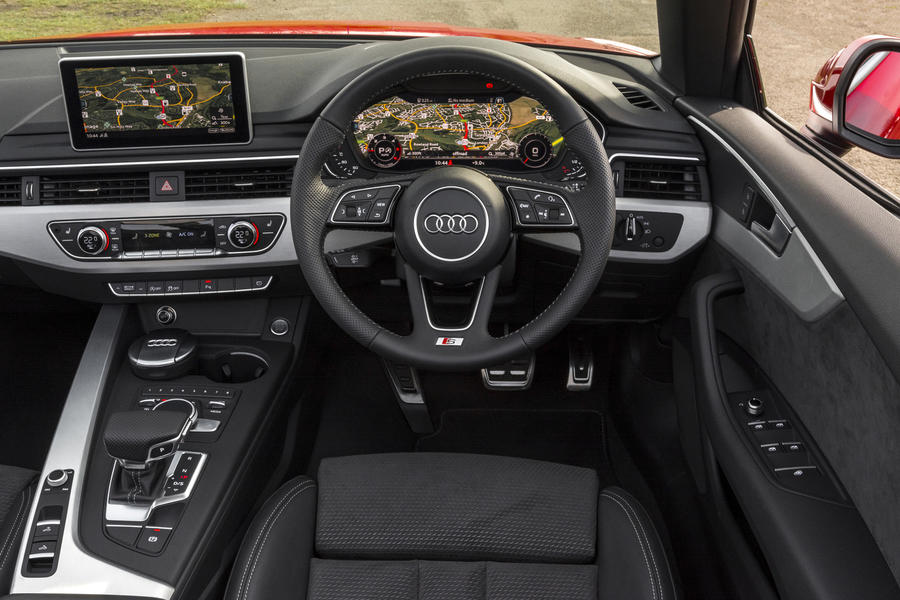 The A5 Cabriolet is arguably a better niche filler than even the regular Audi A5 – the slightly more leisurely, wind-in-your-hair undertow helping to negate the coupé’s failure to invigorate on a deeper dynamic level.

Obviously the A5 Cabriolet, despite handsome price tags across the board, isn’t intended to plunder Porsche 718 Boxster buyers, but there are few soft-tops which can claim precisely the same mix of status, space and stylishness for the money. That the diesel model throws in big-range fuel economy and just about the right level of performance simply reinforces the idea that the A5 Cabriolet's likely popularity is probably well-deserved. 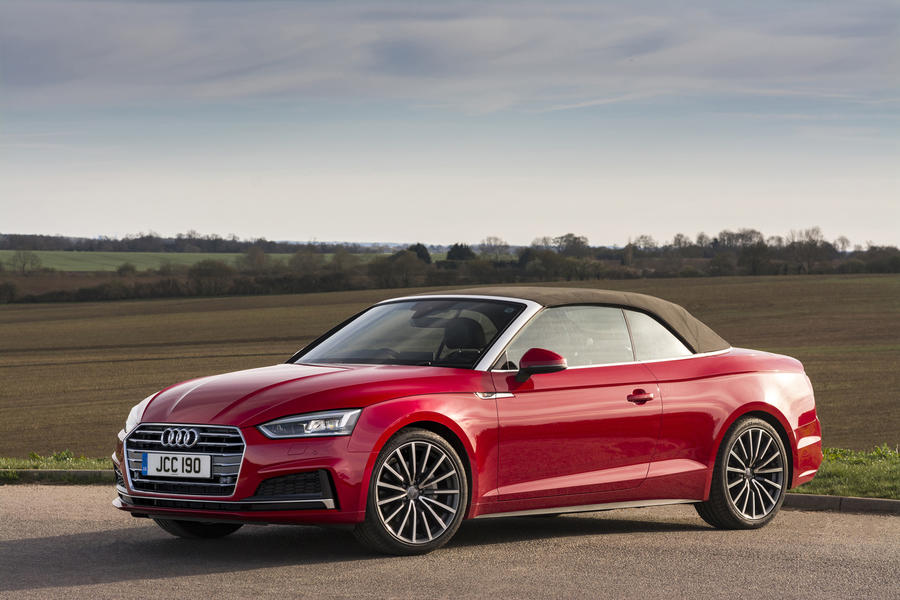 You just wouldn't would you! May I refer the author to his much missed colleague, LJK Setright (-and his views on diesels) and lament the death of journalistic scrutiny?
I'm afraid the current crop all look a little simple...
Jimbbobw1977 5 April 2017

This car already looks dated as does the interior style now.

Playing to safe to the tune of slight dullness now

It just looks so bland. Im

It just looks so bland. Im not sure where Audis styling is going currently. If the Prologue is the next gen styling theme then are we to assume that we will have to wait a model cycle before it filters down to the A4/5?
View all comments (6)