As one half of a two-pronged return to form, alongside the Stelvio SUV, the Alfa Romeo Giulia has helped re-establish the brand as a purveyor of fine driving cars. But it hasn't been the sales success the brand was hoping for, losing out to rivals that may not be more dynamic but are certainly better equipped.

That an improved infotainment system was the first bullet point on the press material for this facelifted version should indicate just how vocal customers and critics were over the Giulia’s shortcomings. Understandable, then, that this mid-life refresh seeks to add much-needed technology updates and overhaul interior fit and finish, rather than tweak an already stellar driving experience.

So much so that beyond the handful of new paint options, the only exterior changes are to the trim level badges: silver lettering now signifies more mainstream models, black is reserved for sportier versions. The range has also been simplified to Super, Sprint, Lusso Ti and Veloce, with a new Business line dedicated to fleet sales in certain markets.

The engine line-up also remains unchanged, with a 2.0-litre petrol and a 2.2-litre diesel (both turbocharged) available in several states of tune. The 276bhp of our Veloce Ti test car is the most potent until the refreshed Alfa Romeo Giulia Quadrifoglio comes on song next summer. 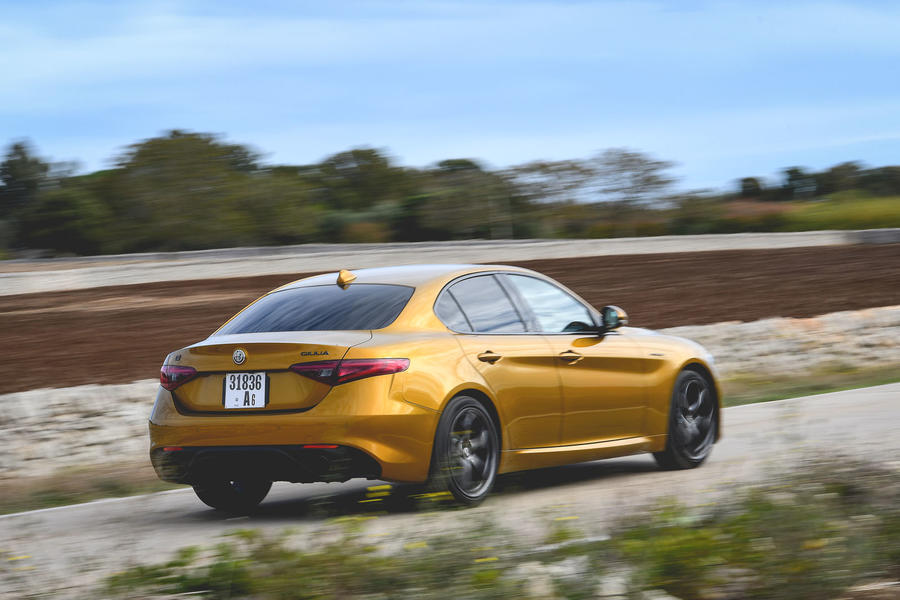 Almost every change has been made inside, with the centre console receiving the most attention. Cheaper black plastics have been exchanged for glossier fixtures, while the rotary infotainment dial is now much firmer and more substantial. The sharp-edged plastic gearstick of the outgoing car has been swapped for a leather-wrapped item that instantly feels more premium under your hand, and an Italian tricolore now flanks it as a gentle reminder to the car’s heritage. Wireless smartphone charging has also been added beneath the central armrest, which gains more stowage space.

The centrally mounted 8.8in display hasn’t grown but does receive a completely new interface, with modern graphics and easy-to-read text that make much better use of space. The main screen can be customised with a series of widgets and is now touch-sensitive, although physical controls remain.

The 7.0in digital instrument display receives fewer changes, with a tweaked interface highlighting the additional driver assistance systems, which include adaptive cruise control, blindspot monitoring, lane-keeping assistance and traffic sign recognition. It’s still flanked by analogue dials, though, which feels out of step with the fully digital displays seen in the BMW 3 Series and Audi A4.

The Giulia remains a vigorous performer on the road, with a noticeable forced induction shove towards the upper end of the rev range despite plenty of low-down torque. You wouldn’t call it overly refined at idle, but the four-pot engine sounds pleasant enough when pushed, and increased soundproofing helps create a calmer atmosphere inside while you're motorway cruising.

The eight-speed automatic gearbox reacts quickly to your foot, both when left to change cogs itself and when you take over with what are still some of the best wheel-mounted paddle shifters this side of a supercar.

The Giulia is still one of the sharpest-handling compact saloons on the market, with direct, responsive steering and just enough rear-driven character to entertain without threatening trouble when pushed. Stability systems remain permanently engaged at all times.

Dynamic driving mode’s sharper damper settings continue to feel like overkill on anything other than completely smooth asphalt, but there’s still the option to override it and keep the softer standard setting, while retaining the sharper gearshifts and throttle response. 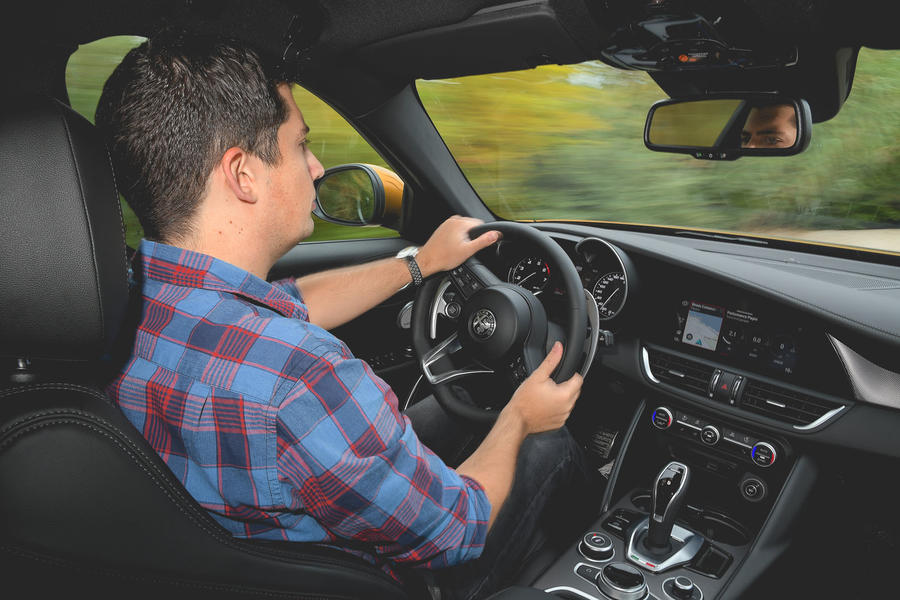 Given how rapidly the rest of the compact saloon segment has progressed, this updated Giulia merely maintains its position rather than challenging for class superiority. That said, anyone searching for an engaging drive should still have one on their list alongside the 3 Series and Jaguar XE. 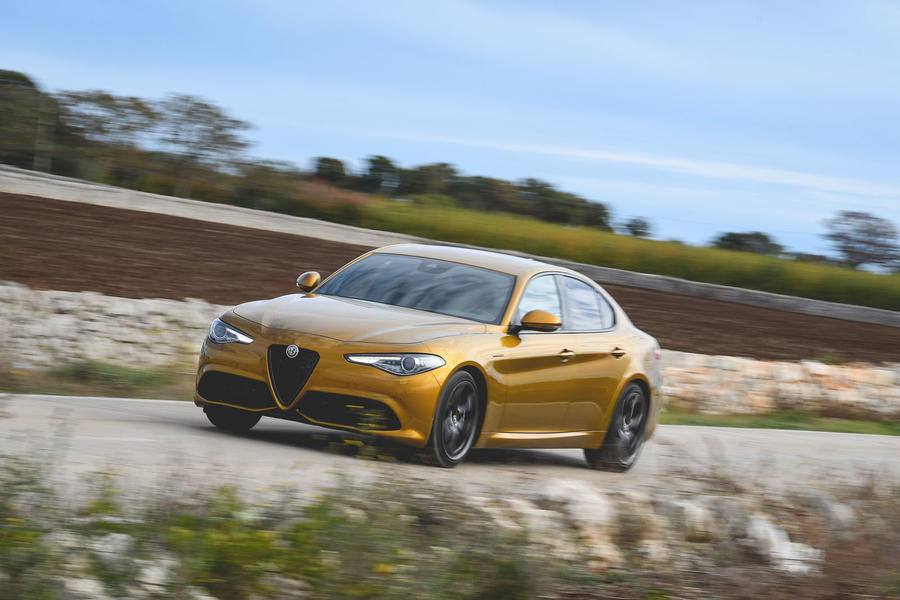 You have uglified your website with the same clear-cut efficiency BMW uglify their new BMW and MBWini cars. That's quite a feat.

Three and half stars for an Alfa Giulia.......is Autocar taking the Mick? Or is the magazine still (God knows why) in thrall to the boring German manufacturers; enquiring minds need to know? Why do so many people think German cars are so great? Whilst my previous Beemer was a good drive it was far from reliable with friends having issues with their cars too.  My Giulia looks great, is a superb drive and and has an illustrious badge. Does a slightly inferior infotainment system bother me? No. I buy a car to drive for pleasure (increasingly difficult on today's roads) but the Alfa's I've owned has been great drives and full of character. So, is the award by Autocar of three and half stars a mistake? Surely so....

German cars were amazing, I think, till 2000-2005. When marketing managers and shareholders began to completely rule the decisional processes of every manufacturer (not only car's!), design & production became underpinned by ONLY the purpose to extract as much money from people, as quickly as possible.Then German manufacturers changed their behaviour.

You still have exceptions in Japan, and, well, with this Alfa Giulia. Just see how the market "welcomes" honest product, though.