All hail the used car market, which has produced another supercar bargain in the shape of the CLK 55 AMG of 2002- 06. Note, not the first-gen version launched in 2000 and powered by a 342bhp 5.4-litre V8; no, we’re talking about the more powerful – with 367bhp – second-generation model.

Being AMG, that’s a hand-assembled V8, of course. On the plaque affixed to the rocker cover is scrawled the engine builder’s signature. Owners gamely trade their names, like train spotters. One we spoke to refers to his engine’s builder, one Rosario Indorre, in tones you might reserve for a close friend…

Still, if you’ve ever driven a 55, you can understand why owners hold these people in such high regard. Tales of electronics problems and body corrosion abound, but there are few complaints about a 55’s engine. 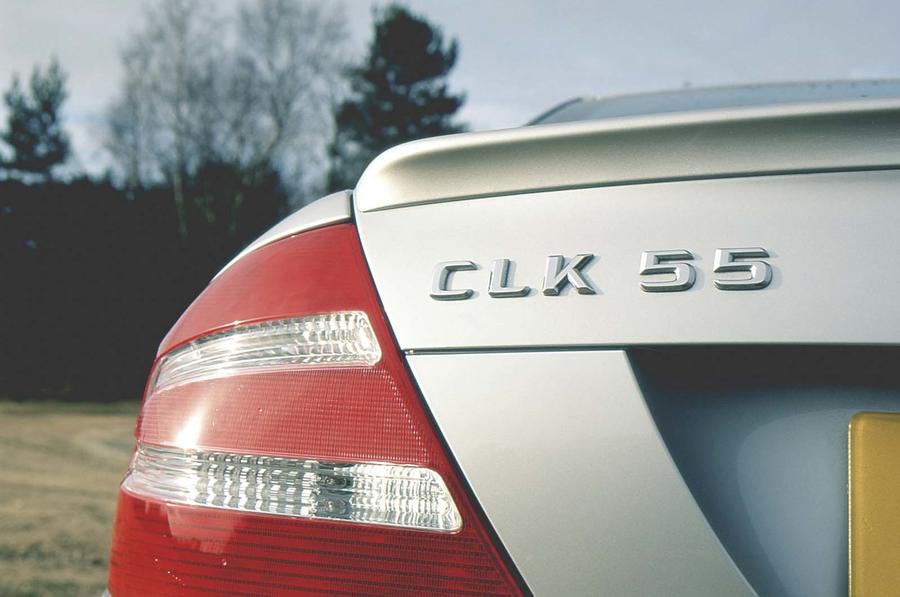 It drives the rear wheels via a five-speed automatic gearbox. That sounds a bit tame in this age of nine-speeders, but it’s a tough transmission taken from the more powerful S-Class V12. It also features AMG’s ultra-smooth Speedshift system that you can operate with light sideways shifts of the lever or by rapid presses of the steering wheel-mounted F1-style paddles.

Underneath its tight-fitting body, the 55, in coupé and convertible forms, sits on a stiffened and strengthened C-Class chassis. It’s especially evident in the cabrio, which should be rock-solid over bumps. The suspension has stronger springs, larger-diameter roll bars and stiffer bushes, but it’s a heavy car and front control arms take a hammering, as do front tyres. In fact, they can wear as fast as the driven rears.

Despite its supercar-baiting performance, the 55 is a discreet-looking motor, an impression borne of its modest 18in wheels, subtle bootlid spoiler and undersized twin tailpipes. The equivalent BMW M3 is shoutier (and more of a hooligan to drive) but it’s the CLK’s discretion that draws out buyers today. Owner Mark Anthony (below) bought a 55 over the M3 for what he regarded as its classier image.

That impression continues inside, where two-tone leather, chrome-ringed white dials and AMG-embossed aluminium sill plates remind you you’re in something rather special. Being a Mercedes, and one costing more than a Porsche 911 when new, expect the one you’re interested in to have at least a few options fitted. One worth looking for is the carbon and alloy fascia pack. 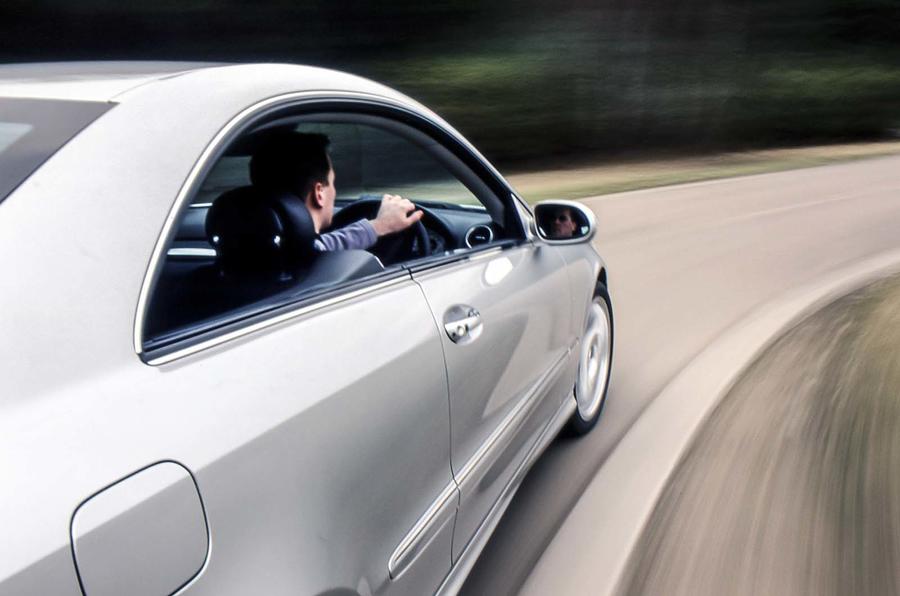 A full Merc history is nice to see but there are excellent specialists well versed in the ways of older AMGs. In any case, often it’s the electronics that can let a 55 down, and for those you only need the right diagnostics kit plus a good head for fault tracing.

The 55 is a terrific car but doesn’t quite have the cachet of the equivalent M3. Fortunately, most prices reflect this. Find a good one, pay sensible money for it and you and Rosario could be friends for life.

Mark Anthony, Mercedes CLK 55 owner: “I’ve got a 2006/06 cabrio with 49,000 miles. It’s rock-solid with no scuttle shake. I wanted a supercar with more class than an M3, and it needed to be fun. The CLK ticked all the boxes. Don’t ask about economy – you buy a car like this to have fun. Mechanically, I can’t fault it but the electrics have let me down. First an ECU (£400), then a sensor that prevented it starting. When buying, check the gearbox and adaptive suspension are okay – I’ve had a few arms and bushes go. You won’t know about electronic faults until they happen.”

Engines: Have someone rev the engine while you check how much it moves on its mountings (too much and the ECU will reduce power). Check for rocker cover oil leaks and the condition of the front pulley. Check service receipts to see when the spark plugs were changed – there are 16 and they’re not cheap. Gearbox: Cycle the gearbox through the gears from cold, feeling for shunting and knocks. The selector can stick in first but it’s a relatively cheap fix. On early cars with the Valeo radiator, check coolant isn’t leaking into the gearbox.

Brakes, suspension and wheels: Feel for heavy lipping on the edges of the discs (OE discs are expensive) and check pad thickness. Front suspension arms are a routine replacement item. The suspension is firm so don’t mistake regular noises for anything serious. The front tyres can take a hammering from the sheer weight of the engine.

Electrics: There are ECUs everywhere, including the boot, so check they’re not exposed to dampness by lifting carpets. The windscreen scuttle gets blocked, diverting water to the cabin.

Body: Look for rust on rear wheel arches and sills, and also behind the bodykit and undertrays. 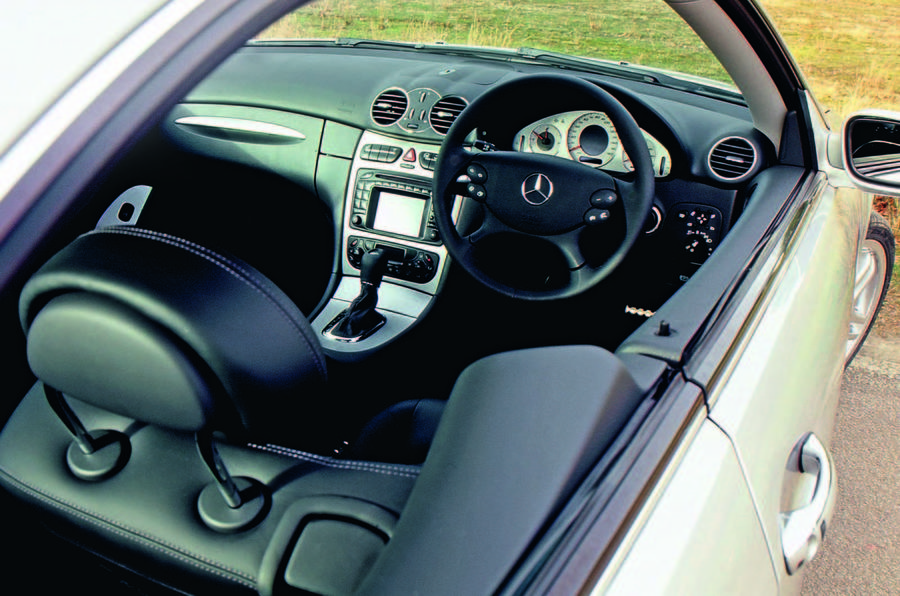 Interior: Generally tough, but for the best prices avoid anything scratched, torn and knocked about. Check everything works and that all warning lights illuminate first, before then going out.

The secret to running a CLK 55 is budgeting. A warranty will cover unexpected bills but for routine servicing a good garage should be able to set you up with a monthly service plan. Mercedes’ costs around £60 per month and ensures you have a nice row of official stamps in the book.

£6000-£8499: Same as above but general standard a touch higher and fewer gaps/more Mercedes stamps in the book.

£15,000 and above: Not much better than the above but with a questionable price premium. 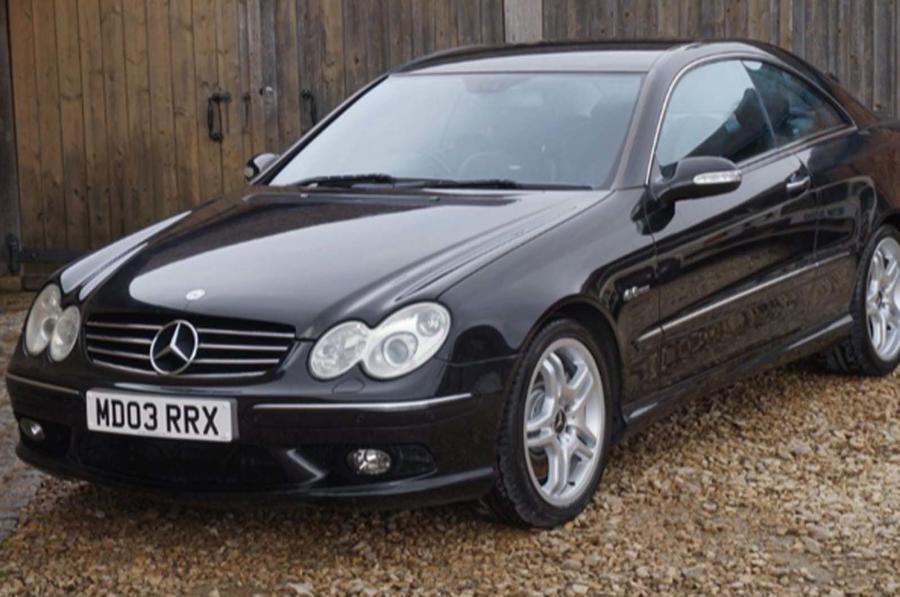 Will a second hand one be solid?

Rust is briefly mentioned but I've seen tin-worm in more places on many examples.  Remember this car comes from Mercedes' disgraceful period when it thought it could forget quality and just rest on its laurels.

Rust is briefly mentioned but I've seen tin-worm in more places on many examples.  Remember this car comes from Mercedes' disgraceful period when it thought it could forget quality and just rest on its laurels.

The electrics will  die and the transmission will fail. The CPS ( crankshaft postion sensor will also fail .. slowly  .. )  .

Given that a bit of rust is the least of your worries.

The engine is robust .  But all things like brakes etc cost a lot.  25mpg if you are fannying along looking at your last bills.

Always easier for someone to write about these for interest than actually own them?  Perhaps the author should be made to do half the bills?  The story would get pulled so quickly....