Aufrecht Melcher Großaspach, better known as AMG, has been fettling fast Mercs for 50 years. That means there are second-hand bargains to be found
Open gallery
Close
News
by Dan Prosser
5 mins read
Share

Mercedes’ fast car arm may have traded its clown shoes for brogues in recent years, with downsized turbo engines and ultra-sophisticated chassis tech, but for two decades the brand stood for monstrous engines, raving soundtracks and loony handling characteristics.

AMG has a long history as Mercedes’ performance division, and that means plenty of choice for the car enthusiast with an eye for a bargain. You don’t necessarily have to spend £88k on the latest E63; as our used picks from AMG’s hall of fame show, there is fun for every budget to be found if you scour the classifieds.

The SL roadster has always been more boulevard than Blanchimont, but in SL63 guise it was surprisingly athletic. And what better way to enjoy that brilliant M156 V8 engine even more than to give it a bucket load of extra power and whip away the roof?

The SL63 had a list price of more than £100,000 when new, but values have plummeted in the intervening years and early cars now change hands for a little over £30,000. That really isn’t much to ask for a car that combines performance, grand touring ability and handling prowess as effectively as this. Lower-mileage 2010 cars can be picked up for around £36,000.

The 518bhp 6.2-litre V8 is even more impressive here than it is in the C63 AMG. Mercedes quoted a 0-62mph time of 4.6sec, thanks in part to the clever MCT automatic gearbox’s launch control function.

Clever though the MCT transmission may be, with its wet clutch in place of a traditional and less responsive torque converter, some owners have suffered persistent reliability issues. The electronics have been known to be somewhat flaky, too. The SL63 is a brilliant roadster, then, just as long as you can find a healthy one.

Most AMG coupés look so menacing that you’d think twice about stepping out in front of one when it was parked, but the W209 CLK55 was unusually discreet. It’s only really the badging on the rear and the oversized twin exhaust pipes that give the game away; the modest 18in wheels and subtle front-end styling suggest that nothing more potent than a peaky four-cylinder engine resides under the bonnet. In fact, the hot CLK was driven by a muscular 5.4-litre V8. 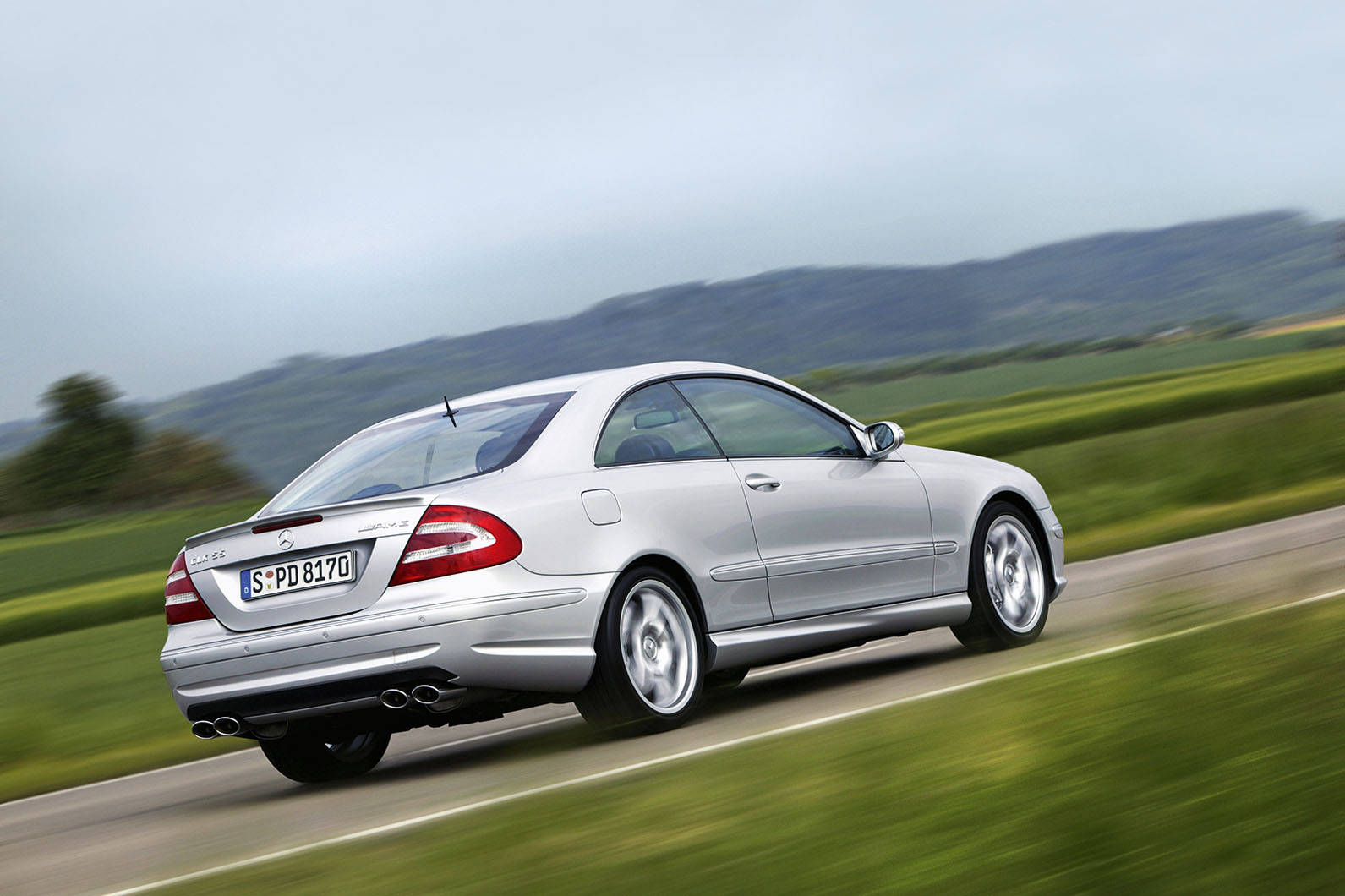 With 362bhp and a 0-62mph time of around five seconds, the CLK55 had supercar-baiting performance (this was the early 2000s…), but two simple factors limited its popularity. For one thing it cost more than a Porsche 911, and for another it was a contemporary of the sharper, more rewarding E46-generation BMW M3, which was arguably the best of the breed at the time. But those things don’t really matter 15 years on, and with tidy examples starting at less than £7000, the CLK55 looks like terrific value for money.

Check closely for rust around the wheel arches and make sure the five-speed auto shifts its gears smoothly. Earlier cars used Valeo radiators, which can allow coolant into the transmission fluid, eventually destroying the gearbox.

The C63 is the quintessential family AMG. It was available in saloon and estate body styles when it arrived in the UK in 2008 (from 2011 it was available as a coupé, too), but there’s such an appealing juxtaposition to a 451bhp wagon that it gets the nod here. Today early, well looked after cars are just slipping below the £20,000 mark. 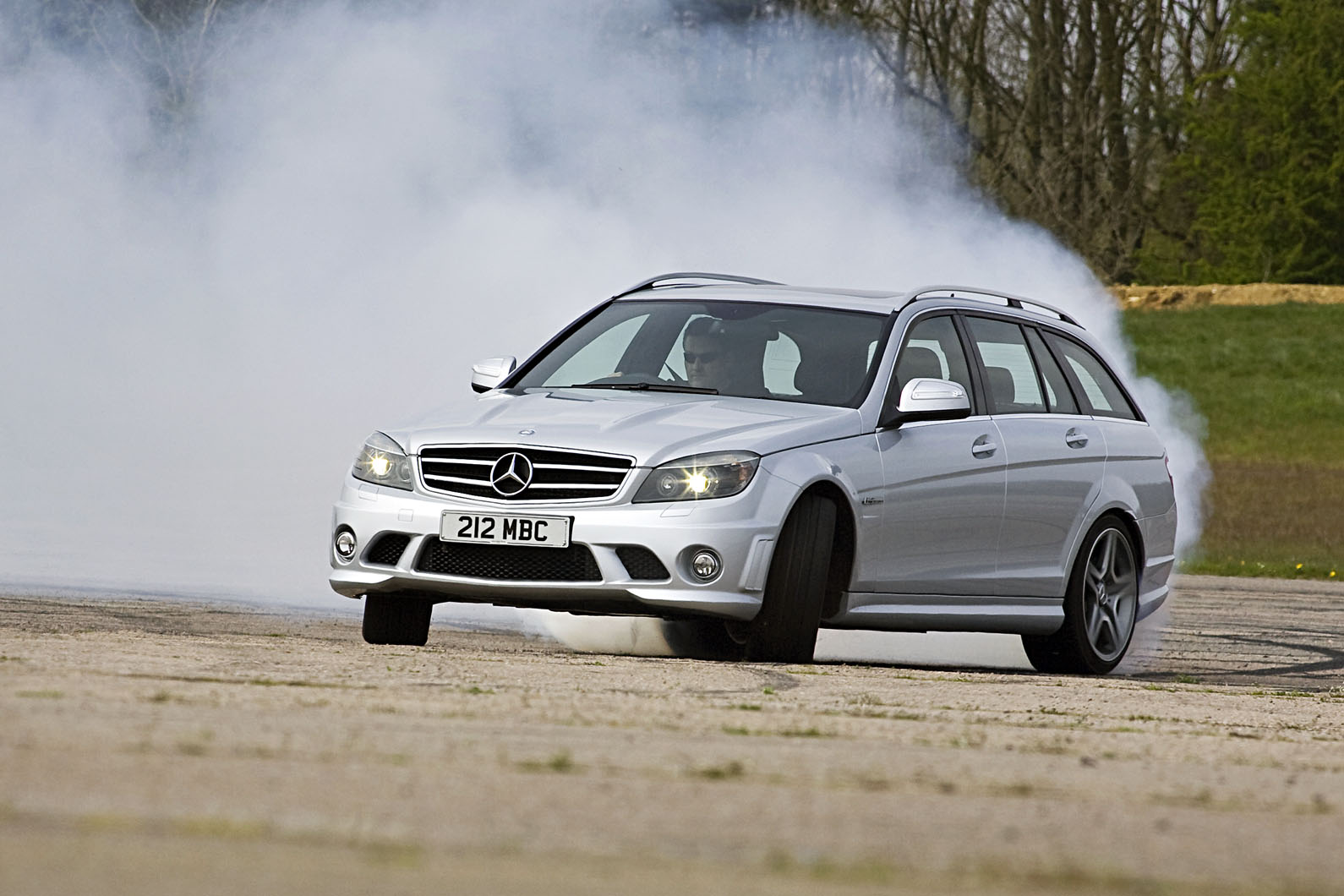 There’s no mistaking the C63 for a lesser C-Class thanks to its twin bonnet bulges and quad exhaust pipes, and in estate guise there’s enough room for the whole family and its spaniels. But all you really need to know about the C63 is that it has a truly spectacular engine. The naturally aspirated 6.2-litre V8, codenamed M156, will go down in history as one of AMG’s very best. It’s torquey but loves to rev out, and it has a thunderous soundtrack to match its massive straight-line shove. The motor is generally very robust, although some owners have reported cylinder head bolt failure, which can ultimately wreck the engine.

With so much power and torque the C63 really does need the limited-slip differential that came as part of the factory Performance Pack upgrade, along with uprated brakes and stiffer suspension. 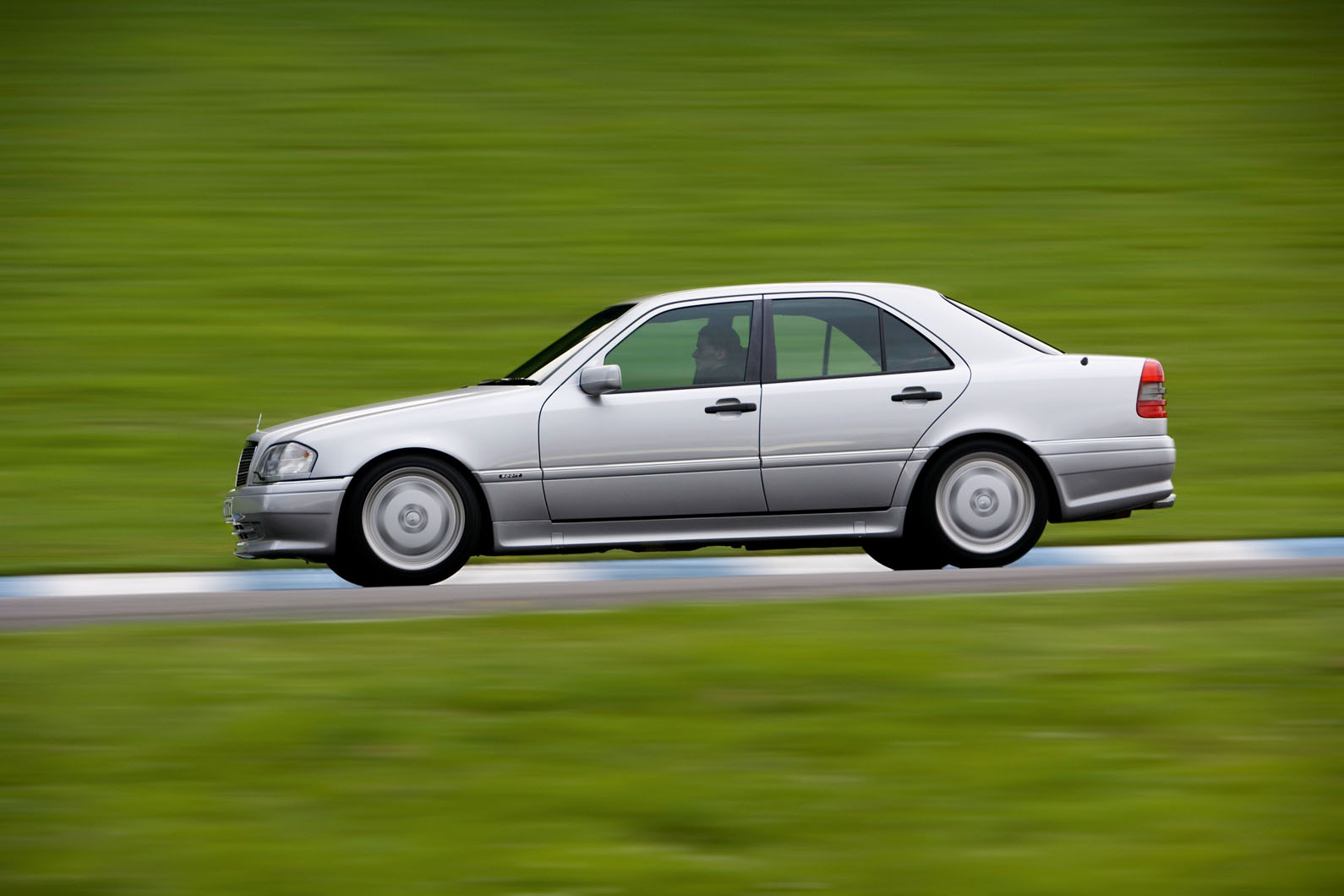 One of the very first collaborative Mercedes and AMG models, the C36 is now among the cheapest to buy, too. It predates AMG’s apparent obsession with V8s, instead using a 280bhp straight six. Earlier four-speed cars are more reliable. 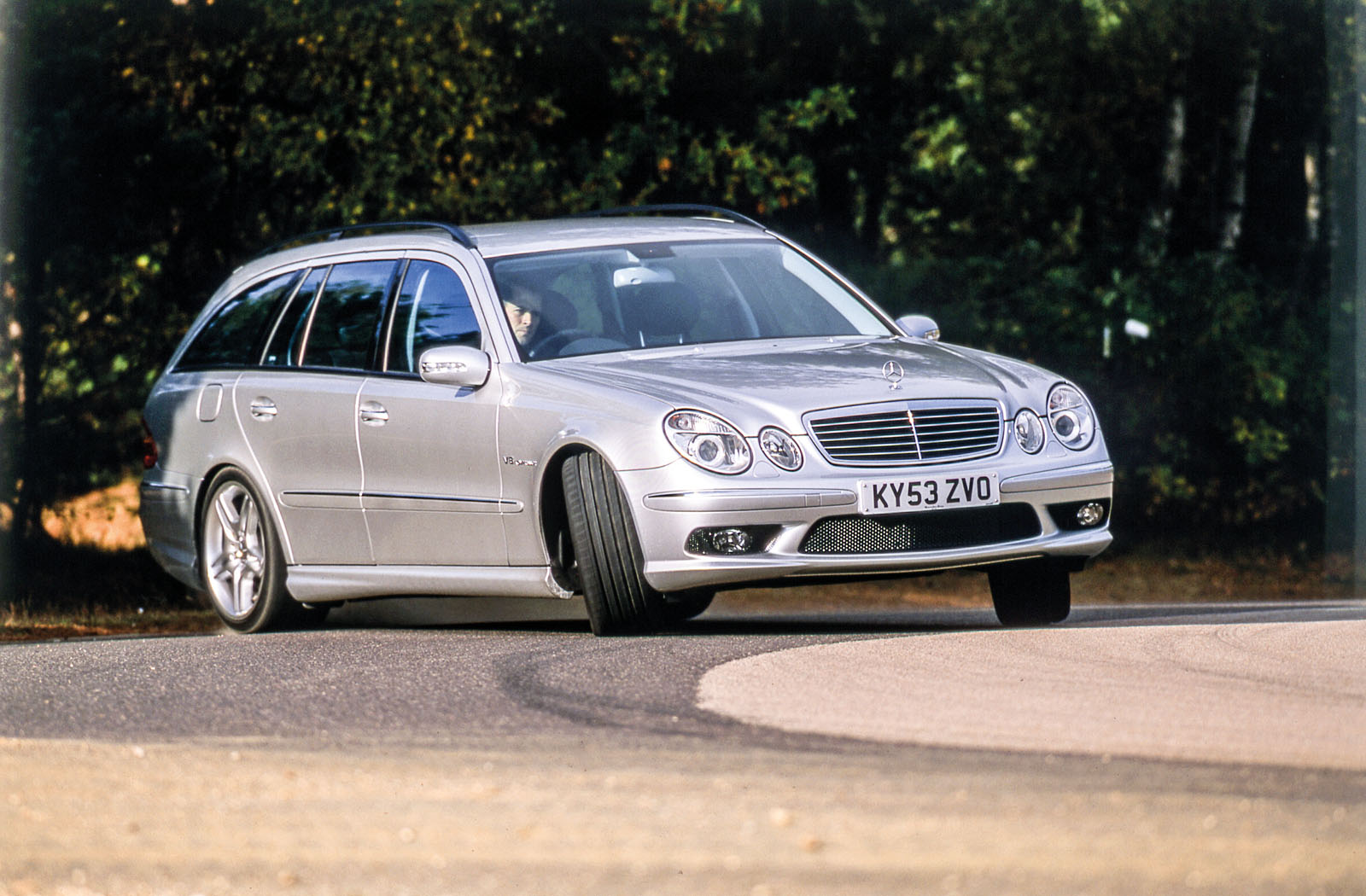 The practicality of a large estate body combined with the hilarity of a 5.4-litre supercharged V8 that sends 469bhp to the rear wheels. What’s not to like? Well, rust for one thing, and costly Airmatic suspension repairs for another. 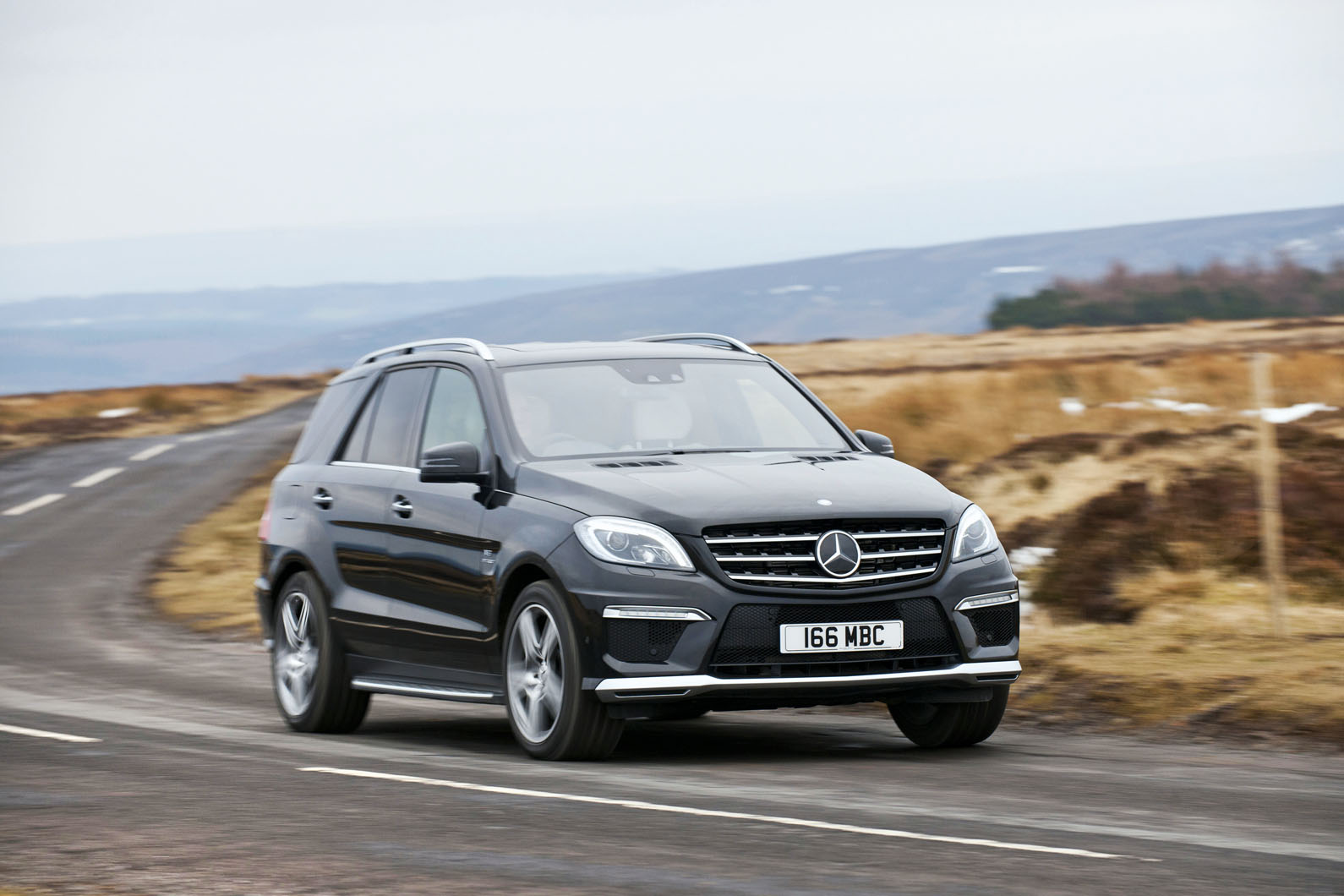 Kids perennially late for school? Combat the problem with a 503bhp SUV. The ML63 arrived in 2006, using AMG’s superb 6.2-litre V8. The ML certainly isn’t short on grunt, but with a kerb weight close to 2300kg, fuel economy is best described as ‘tragic’. 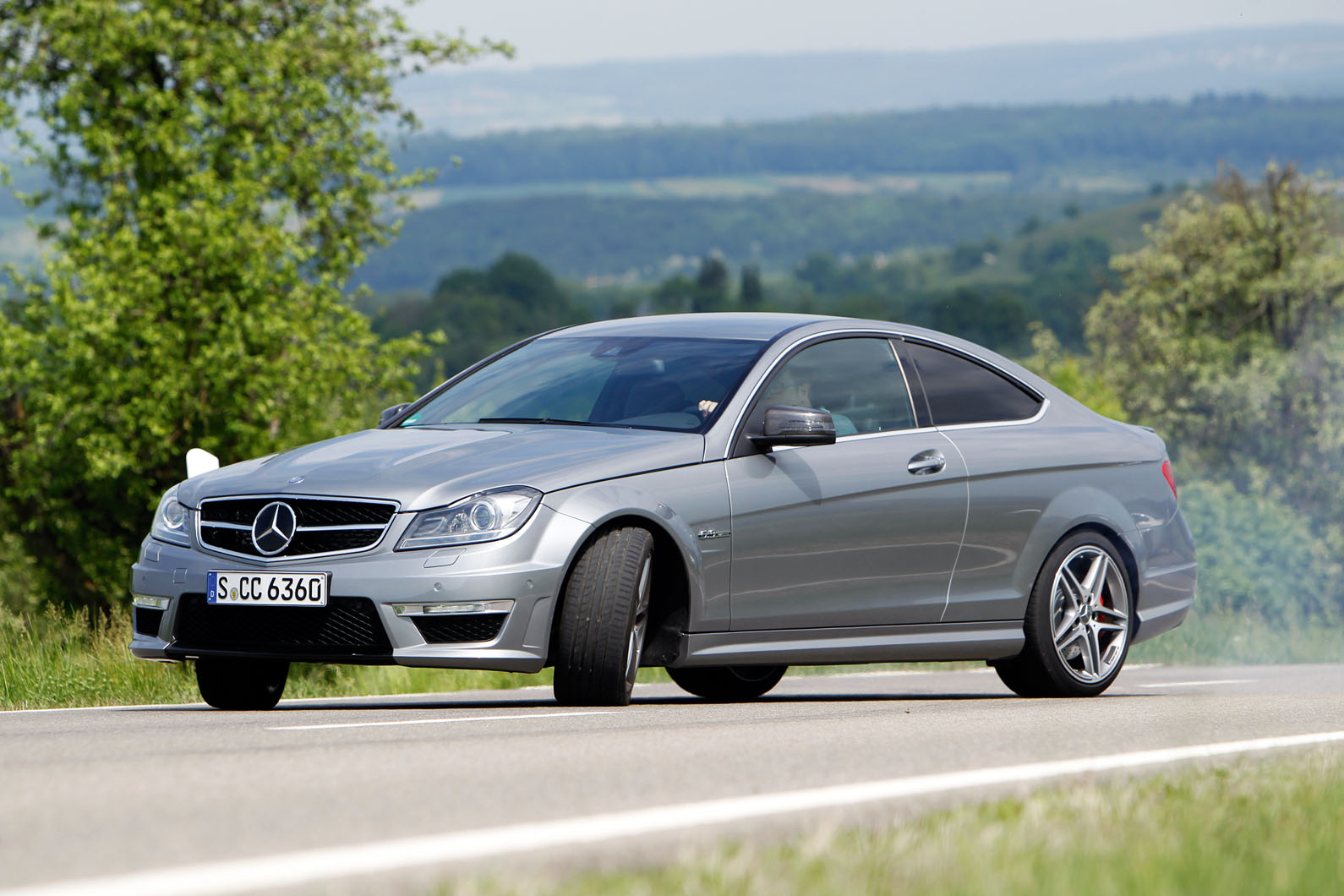 The Coupé was undoubtedly the least practical C63 variant but it was the best to drive thanks to bespoke suspension components and revised steering. Like all models that use this normally aspirated V8, however, fuel will be consumed at an alarming rate. 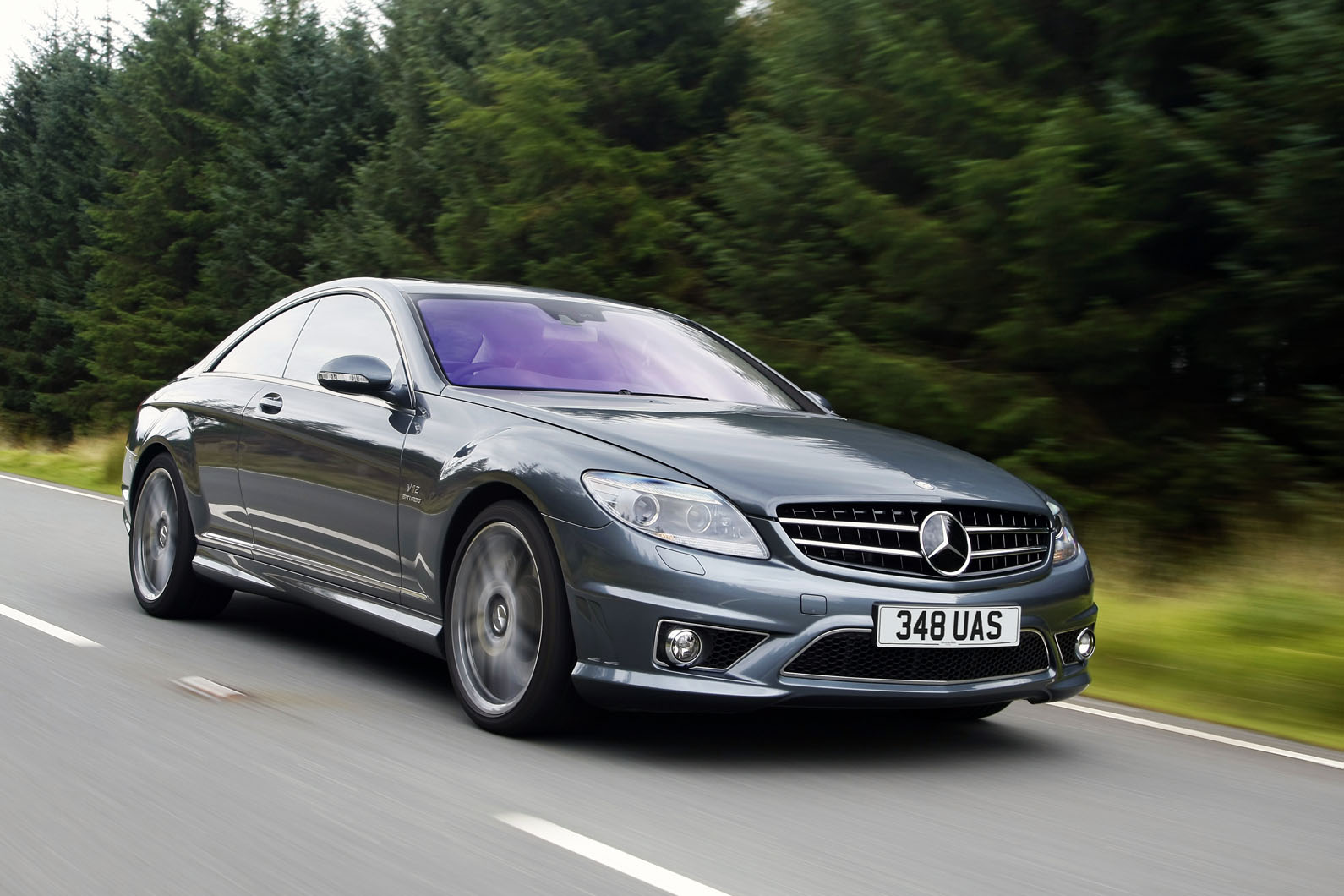 Most modern AMGs use V8 engines but the CL65 was fitted with a 12-cylinder lump, boosted by twin turbochargers. The result? A mighty 603bhp and 737lb ft. Running costs? Let’s just say they’re befitting of a car that cost £150,000 new.

I think Autocar should issue a running cost warning for all AMG models.
All AMG specific parts are extremely expensive compared to the regular range.
As long as you go into AMG ownership knowing this (having researched the costs), they are great cars to drive.
However for example an SL with a 5 litre is frankly quick enough and cheaper to run than an SL55 AMG or a SL63 AMG. In day to day driving you wont notice the difference (except in your pocket).
eseaton 21 May 2017

It is a bit rich for Autocar

It is a bit rich for Autocar to complain if AMGs become too composed. This is in part their fault. They always used to mark them down for just the qualities they are now romanticising.

What about the SL55 AMG? Fast with still bargain price. Soon to be fast appreciating in price too.