Restrained? Understated? Not a chance. The Lamborghini Gallardo is the epitome of mid-Noughties supercar excess. We find out more
Open gallery
Close

If you think Lamborghini Gallardos are crazy, you want to meet their owners. Like the lurid shades many of the cars are famously painted in, there’s not a shrinking violet among them.

The model attracts all sorts, from the track-day hero who roasts the car’s brakes to the vinyl fetishist who wraps it in ‘chrome’. It’s why you need to be extra vigilant when buying one, especially given how, when that bull mascot hoves into view, the heart can take over the head. 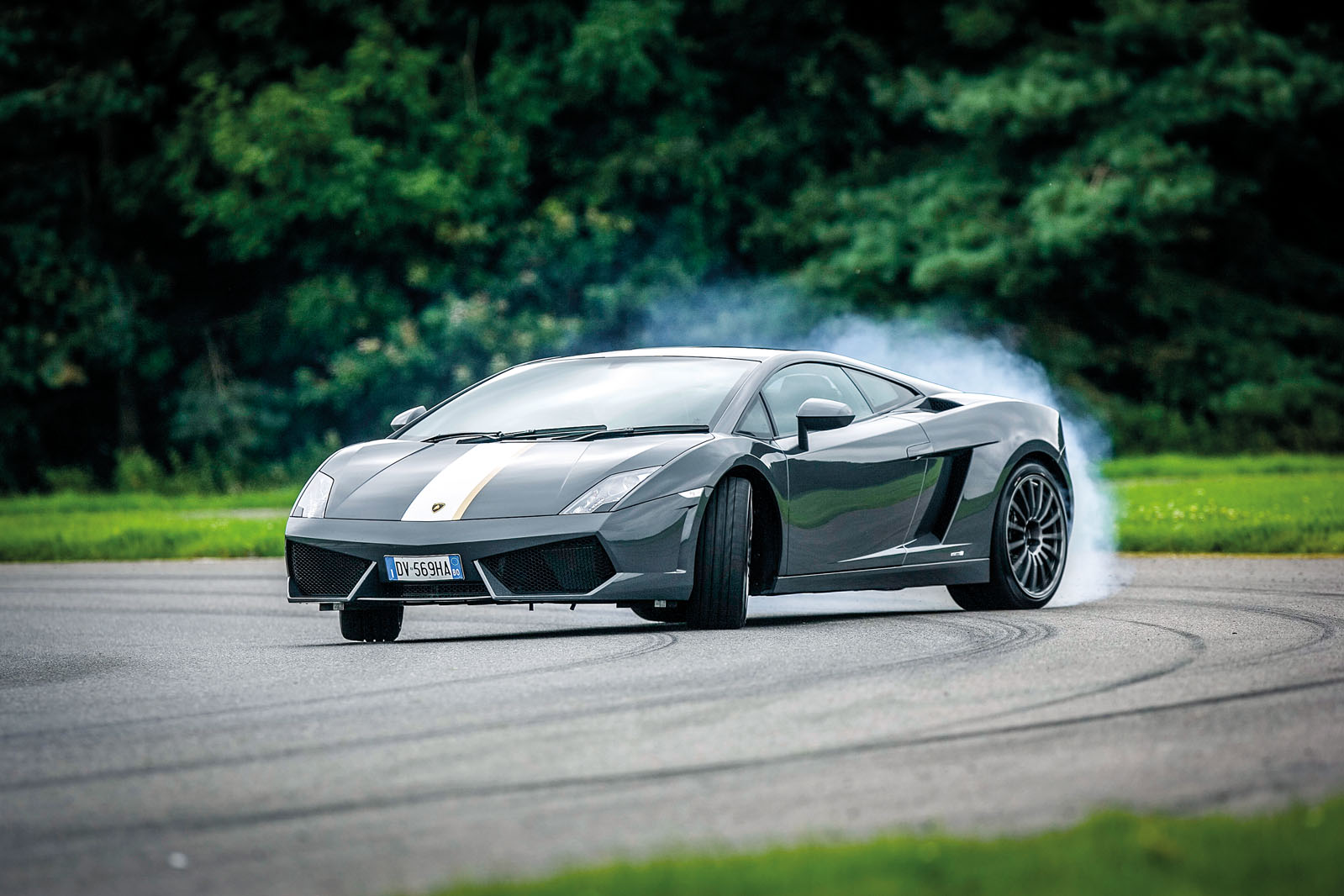 Older, higher-mileage Gallardos such as these make that 911 look a shoo-in but for the fact that the Porsche will never turn heads like the Lamborghini. And that is the Gallardo’s chief appeal.

Well, that and the fact that underneath those eye-catching lines, it’s an Audi in all but name, albeit with, crucially, Lamborghini’s DNA running through it.

With striking looks, explosive performance and the promise of Audi A3 levels of quality and reliability, the Gallardo was a hit from the moment it was launched in 2003.

The Lamborghini Gallardo is the full supercar sensation with sublime handling 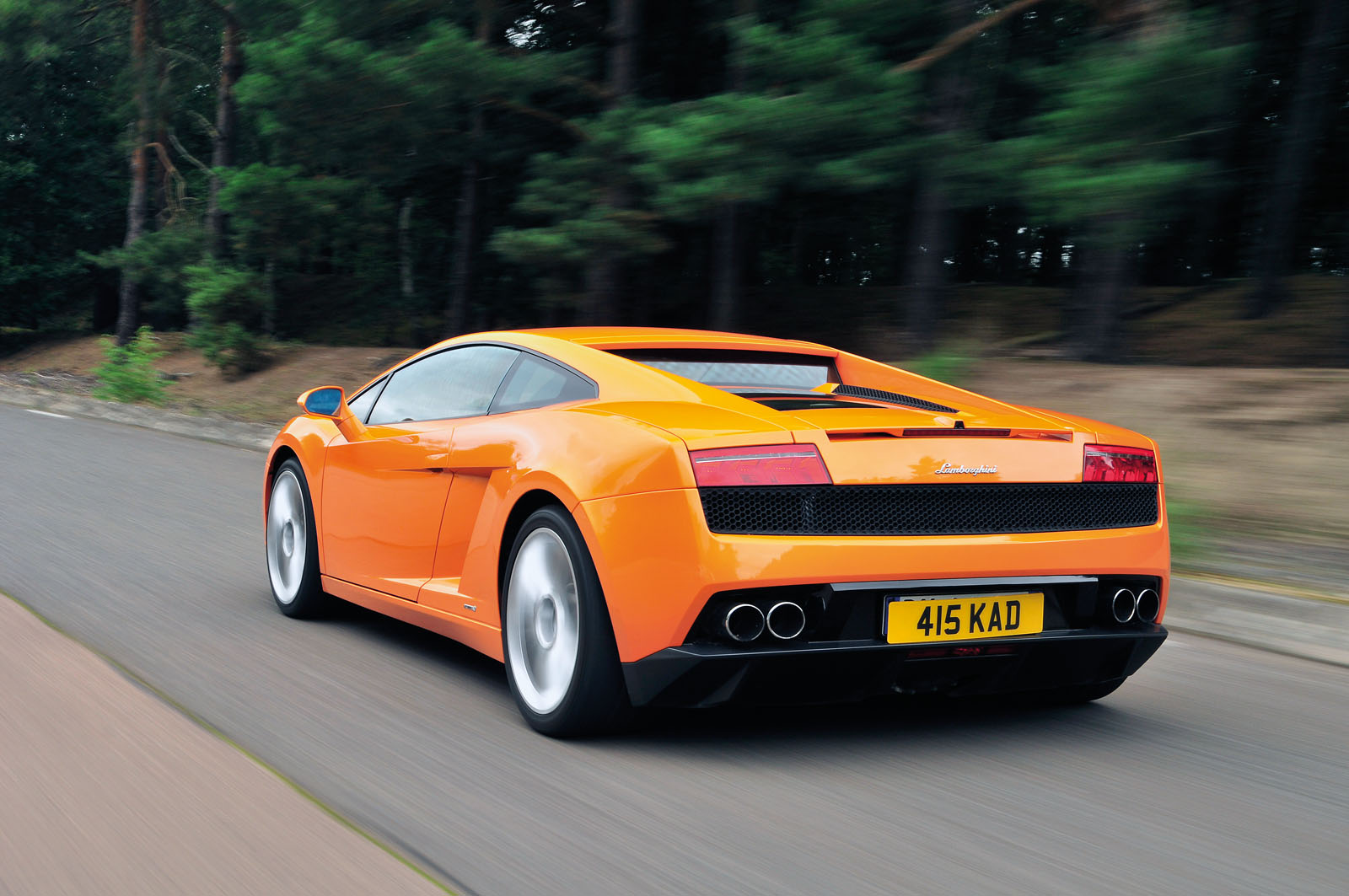 It had a light but stiff aluminium spaceframe, aluminium panels and a mid-mounted 5.0-litre V10 powering all four wheels on demand via a six-speed manual gearbox or a six-speed E-gear paddle-shift auto. In 2005, along with the engine upgrade, the gearbox ratios were shortened and the suspension made sportier. In 2007, the lightened Superleggera arrived with a 523bhp V10.

Nice, but Ferrari’s F430 begged a more serious response and in 2008 it arrived in the form of the Gallardo LP 560-4, a much-revised model powered by the aforementioned 552bhp 5.2 V10. Lighter and with uprated suspension, it breathed fresh life into the Gallardo, which now faced competition from closer to home in the form of the Audi R8 V10 (now there’s a thought: today, a 70,000-miler is around £50,000).

The revived Gallardo spawned a multitude of derivatives, including the LP 550-2 Balboni, a rear-drive version with 536bhp and named for Lamborghini’s legendary test driver. In 2010, the Superleggera made a comeback, this time with 554bhp.

It and other rare spin-offs ensured the Gallardo would end its days in 2013 as easily Lamborghini’s best-selling car. Cue some great used car pickings, but beware the crazy gang. 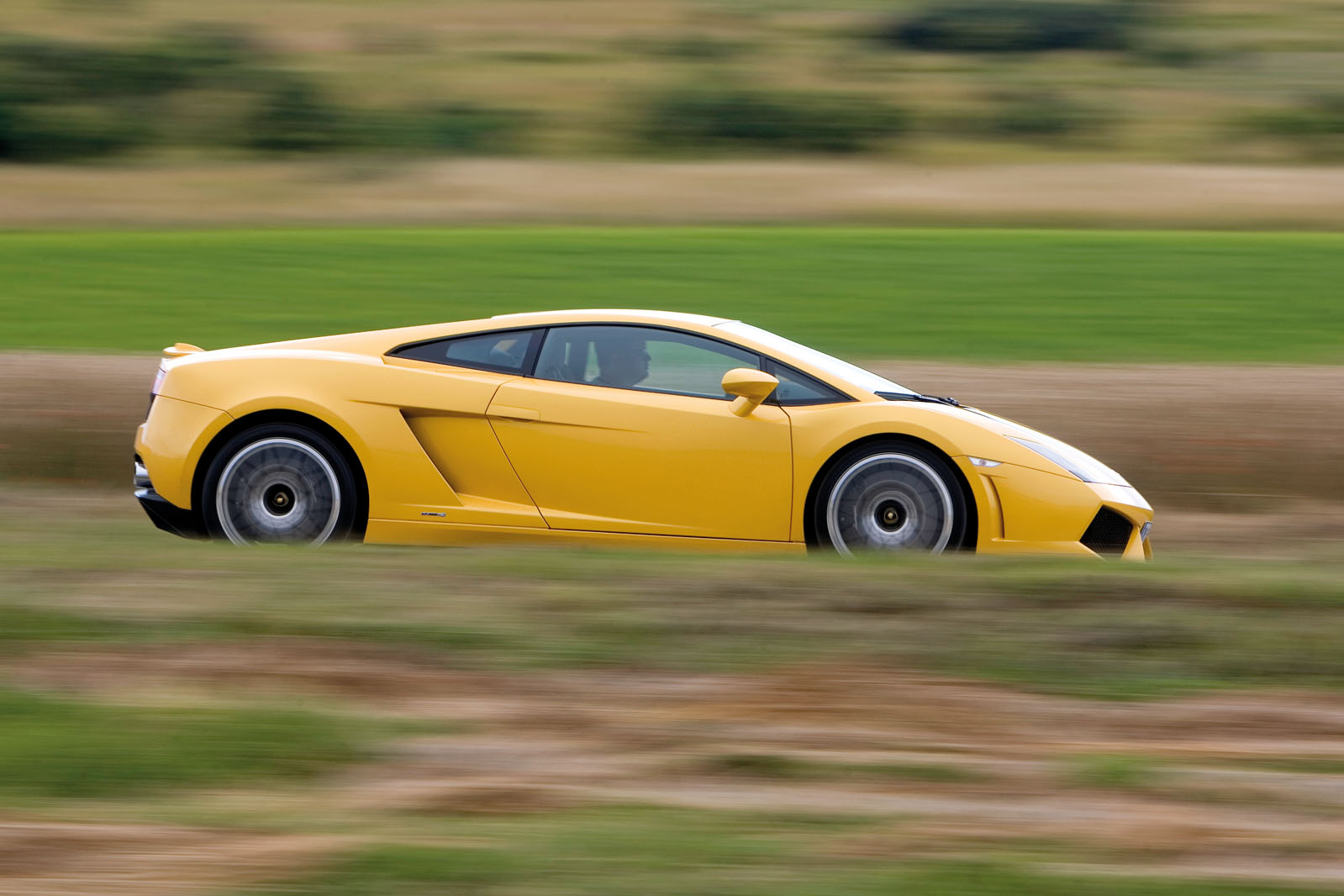 “Gallardo prices are all over the place. The model is far more complicated to buy than anything else. We don’t deal with older ones much, but check for track-day use — feathered tyres, worn brakes, gravel stuck in panel gaps. Lots of Gallardos get vinyl wraps so check for paint nicks where it’s been de-wrapped. A surprising number have been clocked, so if the steering wheel is shiny or the driver’s seat bolster is worn but the odometer says 5000 miles, walk away. Check the seller has title to the car; being the keeper on the logbook is one thing, but who actually owns it? I’d buy a 2013 Superleggera LP570-4—around £115k in the trade but £140k retail.”

ENGINE - Early 5.0-litre engines are prone to oil pump problems, so have the compression and oil pressure checked. Some owners overfill the dry-sump engine, so dip and check. Engine management light can indicate overheating after disabling of exhaust noise reduction valves. Low-mileage cars can have sticking throttle bodies, causing the engine revs to ‘hunt’. 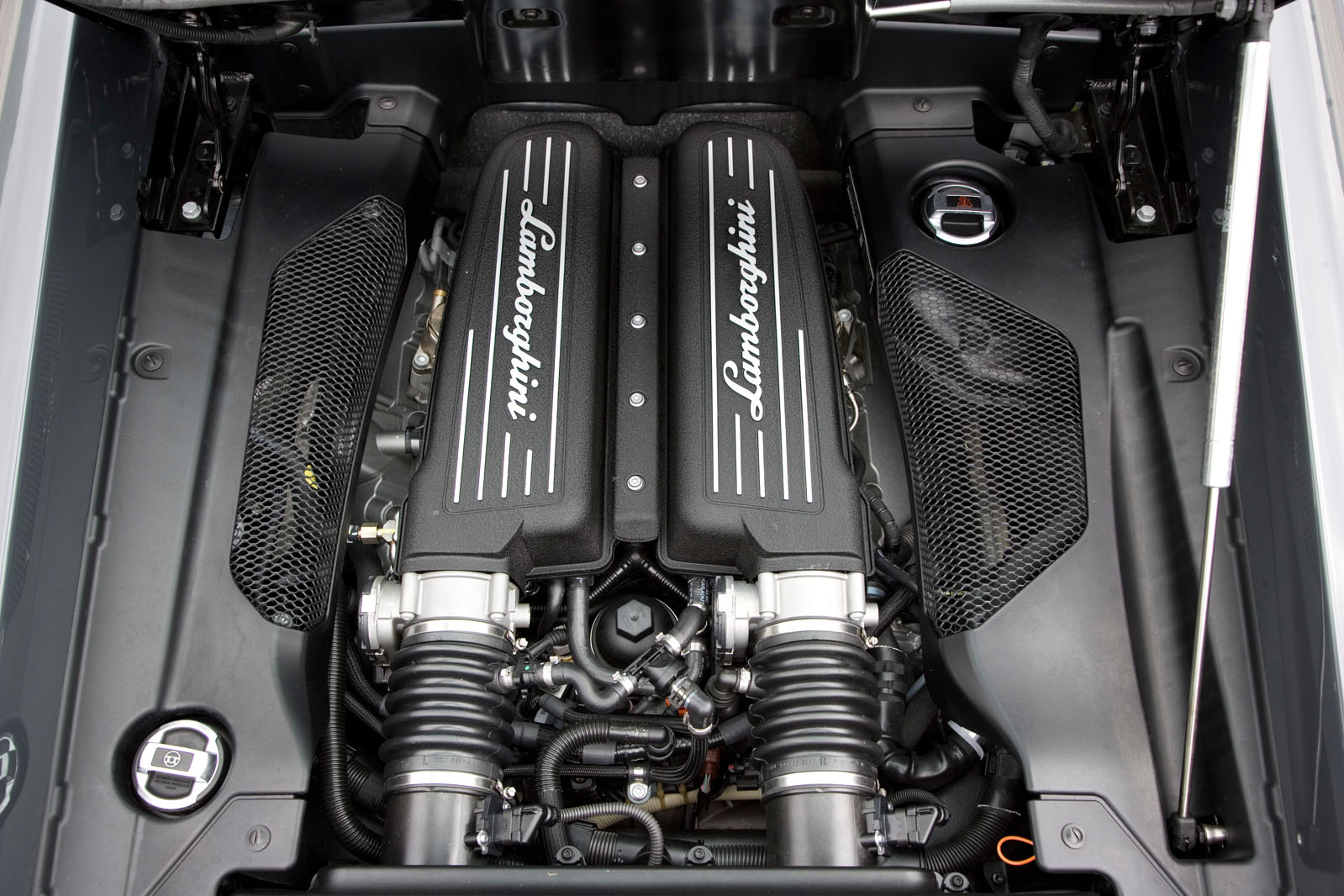 TRANSMISSION - Expect the auto’s action to feel a little sticky and some clutch slip. A new clutch is around £3000, including a new flywheel (a must). The auto ‘box can be interrogated with a laptop, which should reveal whether updates have been performed. Rare manuals can suffer cable stretch, but that’s all.

BODY - Aluminium body is hard to fix so avoid dents. Side oil cooler vent seam corrosion not unknown. A stonechip- free nose is either protected with film or has been repainted; if the latter, check for ‘blow-over’ areas. Check side vents for stone chips. Non-functioning hood could be a simple solenoid fail.

INTERIOR - Most controls originate from Audi and are trouble-free. Trim is tough but Alcantara steering wheel can wear to a shine and driver’s seat side bolster look scabby.

A properly applied paint protection film on the nose and rear cooling ducts is almost invisible. It needs shaping before application so check for edges lifting and cut marks in the paint where fitters have, literally, cut corners. 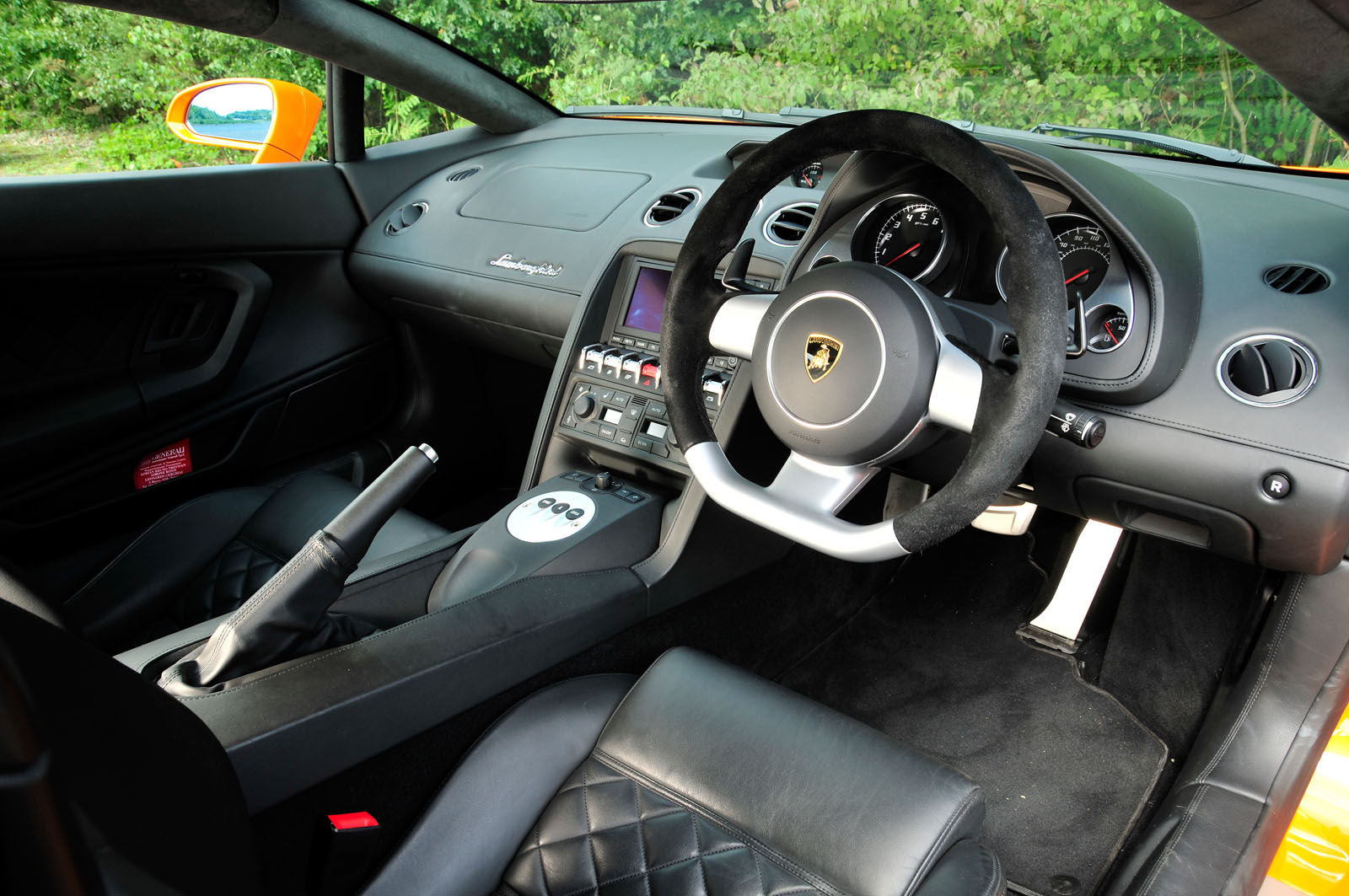 Instead of buying one I did a track day experience where I got to drive a Huaracan for while, a tenner a lap much cheaper than buying one.....!

The Gallardo really came of age with the SE, whose changes were implemented into the main range from 2006. It became a much more exciting driver's car from that point.

The LP560's main mechanical changes were to the e-gear system, so if you're looking for a manual gearbox, anything from 2006+ will be the sweet spot of the range.

Weirdly, when it comes to manual 2006+ 5.0 cars (the 5.0 being better looking in my opinion), it's easier to find a Superleggera (which was only on sale for a few months) than a regular coupe.

Sorry, but for most of us a track day treatis as close as we’d want to be.