BACK TO ALL NEWS
Currently reading: Land Rover Defender: buying advice
UP NEXT
Dacia bosses "fighting tooth and nail" to bring Spring EV to UK

The company had a birthday bash to celebrate. I wasn’t there. It was wet, windy and cold where I was on the day, but I had to take some members of the family on an errand.

When I suggested taking the Lorry, I was outvoted and we instead took the Porsche Cayenne, also known as the Flying Pig. Hardcore Land Rovering must be a niche pastime, then; old stuff is for old boys like me who don’t mind discomfort, and then there is everyone else who wants Range Rovers. Actually, there is a hybrid category of sub-artisan buyer who will pay through the nose for a modern Defender with knobs on.

So what is the off-road market like from a 70-year perspective?

Question one is: can you still buy a Landie for buttons? Well, possibly. This is a regular topic of conversation and the cheapies now seem to be Series 3s. Restoration projects are about a grand but, if you need a chassis, then you will add at least £5000, especially if you upgrade the suspension. And it goes on from there, of course. Entry level for an MOT’d runner is £2500 and there seems to be some okay ones out there from the late 1970s to early 1980s. I’ve seen tidy tax-exempt ones for £5000. 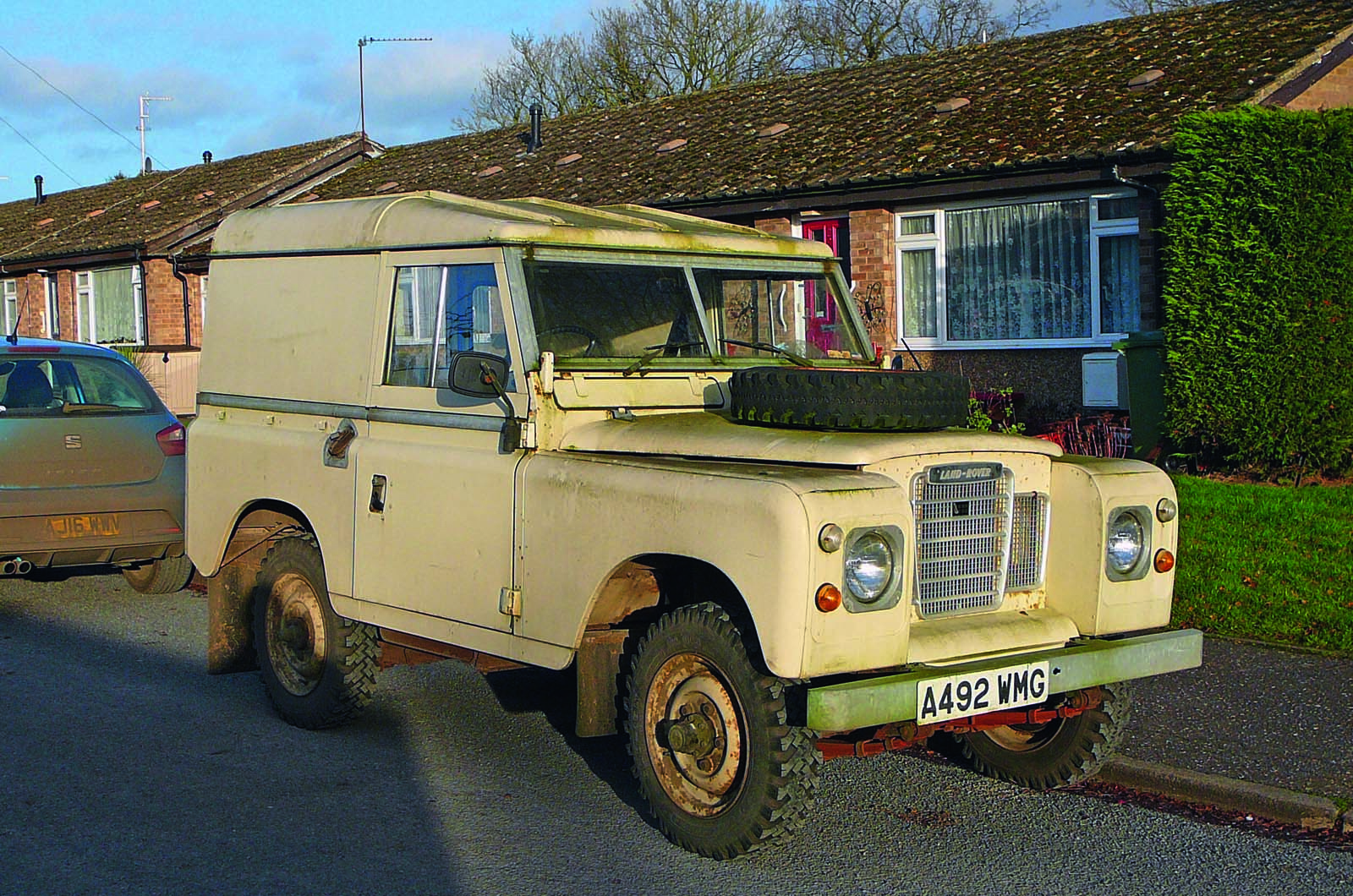 You really need to go and see them and not just buy off the internet because any sub-£10,000 vehicle is going to have some sort of issue – usually a rusty one. That brings us to actual Defenders, and at £2500 you are now looking at examples without even a few months’ MOT. Yes, we are in ‘project’ territory here. The sellers suggest their vehicles may need a chassis and that means lots more money. Oddly enough, pay a grand more and you get ones that may even have a spotlamp bar on the roof. There are some Disco mongrels around and bobtailed things that are probably a bit too niche. So £4000 is the bottom line and that’s so much better than a run-out £30,000 example.

It is time to talk ‘Poshfenders’. They are everywhere. I quite like the look of some of them, but I have watched one with high-back seats, gloss black paint and a £50,000 price tag fail to leave its place in a car supermarket showroom for six months. It is still there, but they don’t advertise it any more. A Flying Huntsman at £150,000? A 2005 Icon at £27,500? These make the entry-level Series 3s and Defenders look like absolute giveaways. And they are, of course, what Land Rovers are all about: water leaks, noise and discomfort. So stuff the bucket seats and air-con and keep it real.

Volkswagen Corrado: The Volkswagen Corrado was once an expensive commodity, but it looks like decent value now. Best move quick, though, because that won’t last forever; the Corrado has cult classic written all over it. Plump for a VR6 with as low a mileage as you can find for your budget. Ideally a post-facelift (1993 onwards) example in a metallic colour. 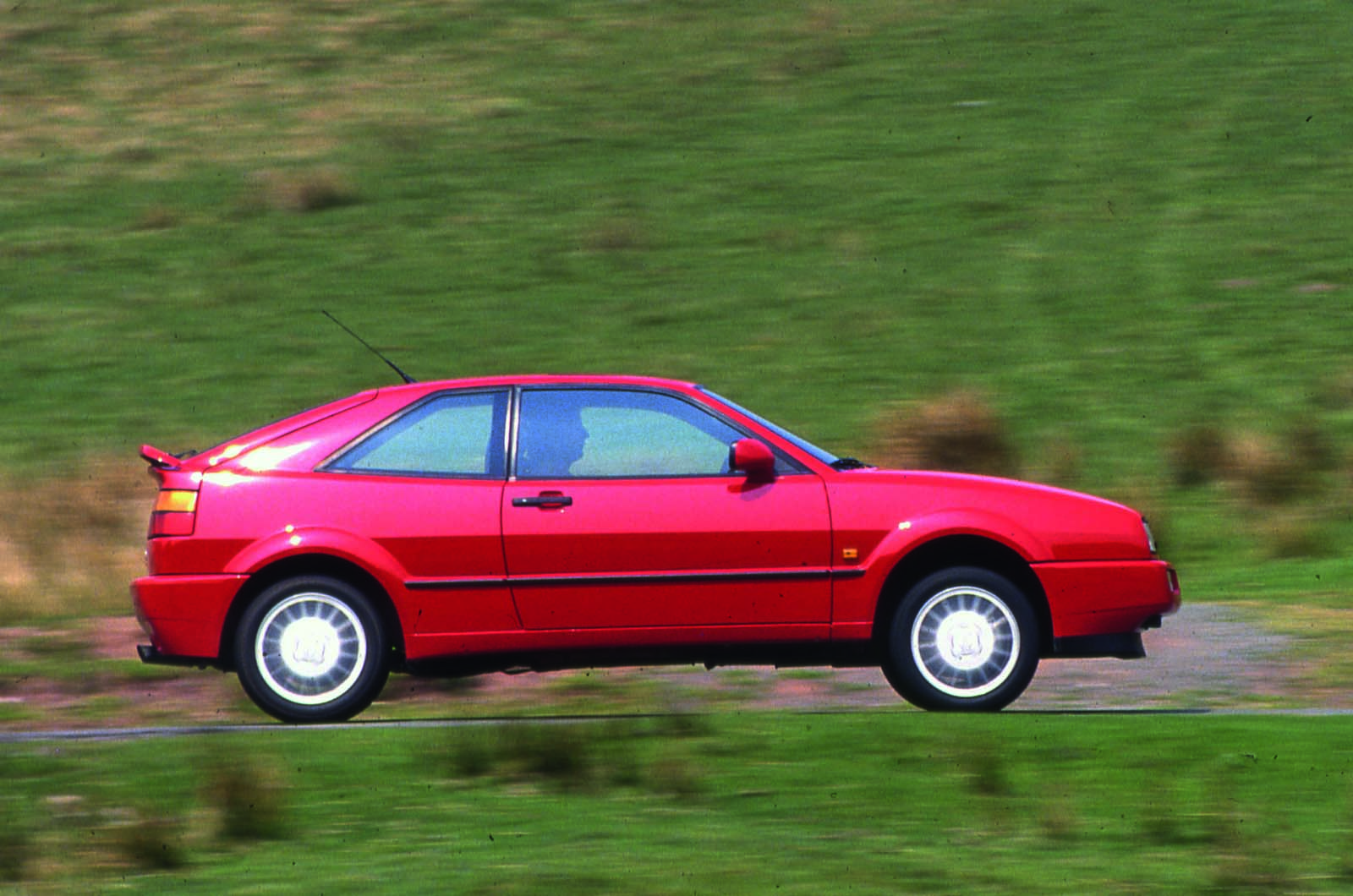 You may have noticed the recent arrival of the ‘Flying Pig’ and it is so far, so good. Not so good has been the damp dog smell. When we bought it, the temperature was sub-zero. So until it got a bit warmer, the essence of hound was not noticeable.

I had trouble sniffing it out at first, but it soon became the first thing that hits you. The boot was scrubbed with industrial fluids and – you know what? – in the cabin it went away. However, after shopping trips, the boot still contained the muggy aroma. More scrubbing is therefore required.

This is the roof that started it all. Before the SLK, you had to buy either a coupé or a convertible – but not any more. The SLK proved that the concept worked even if, with the roof down, boot space was at a premium.

It was often criticised for not being a sports car, but that’s not the point. What is important is that it is a Mercedes without a roof (and sometimes with one). They can be very cheap now and we found a V-plate from a Mercedes specialist for £1295. Everything works but there is no warranty. 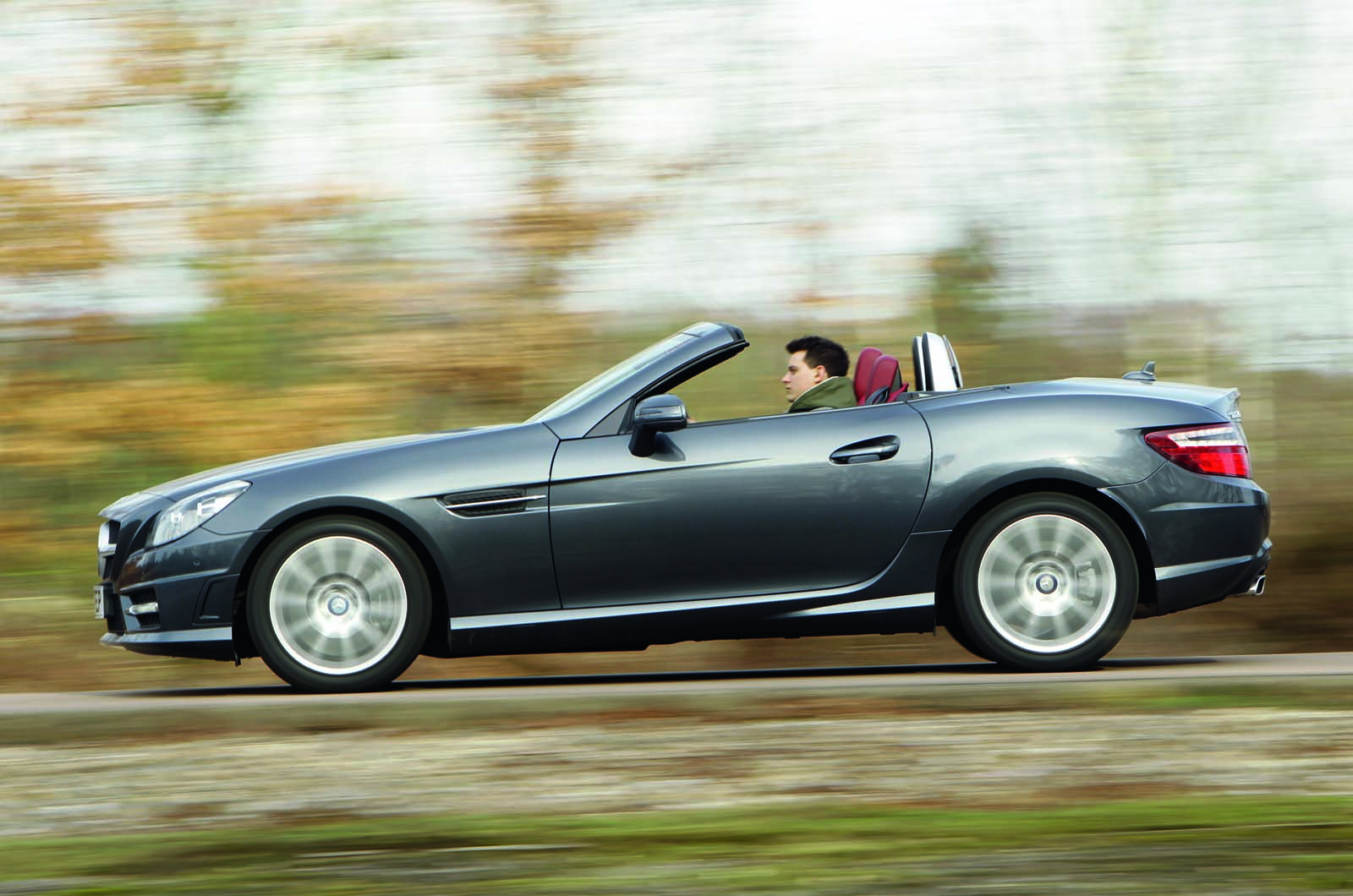 Q: I currently own a diesel Mercedes CLS and am wondering whether I should chop it in for a petrol version. What do you think? Jon Purves, Exeter

A: While diesel values have fallen on cheaper cars where economical petrol alternatives are available, they’ve held up rather better at the top end where the petrol options are thirsty. A CLS is best served in diesel form, so I’d stick with what you’ve got.

Q: Which is best out of an Audi A3 and a BMW 1 Series? Imran Amin, Wolverhampton

A: If we’re talking about the MQB (2013-on) A3, I’d choose the Audi, preferably in ‘Sport’ spec with the sweet 1.4-litre petrol turbo engine. Otherwise, go for the BMW. 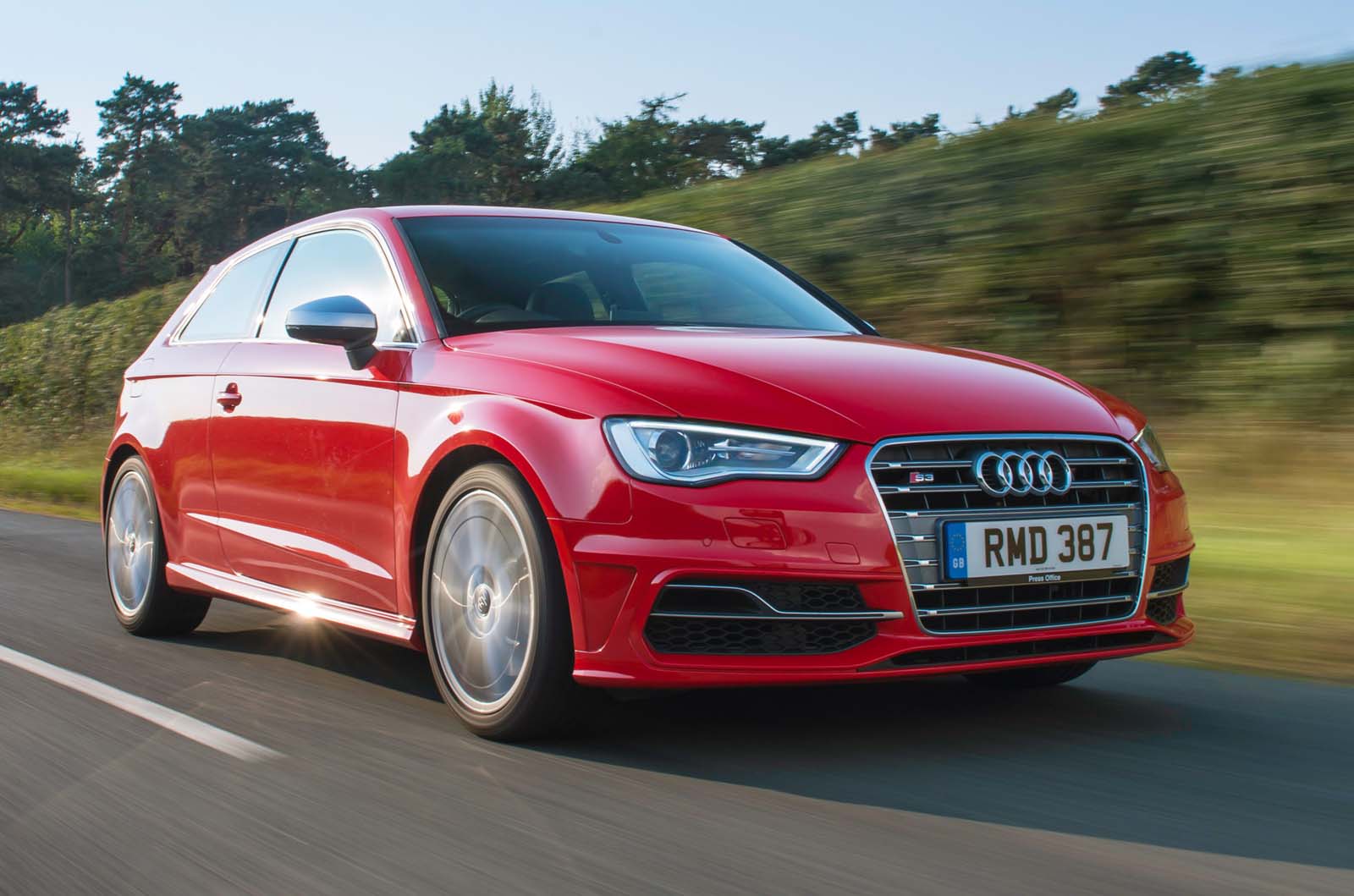 A: Aim to buy towards the end of the summer and into the autumn, when there’s a good choice of cars still available but prices are on the slide. Winter’s the best time for prices but pickings are slim, while high demand in spring and early summer means you’ll have to pay over the odds.

There is a market for a simple tough easily repairable 4x4 but I suspect the new Defender will not be that. If someone could re-engineer/Type Approve  and import vehicles made in Asia such as the BAIC range or Force Gurkha they could make a killing.

Not long ago I invited others interested in such a venture to all put money in.  I was keen.  But the Ineos Defender has probably scuppered that idea.  He's going for exactly that; a simple, tough, 4x4 that can be hosed out.

The thing is, if you want a really nice Defender then you have to start with something decent, and I mean decent, with a really good chassis.  Then you might want to start adding an auto box, and maybe a V8, plus many other creature comforts.  And NEVER forget that you MUST have a rollbar.  A defender without a rollbar is just a mobile coffin.  So, the final bill (getting someone to build it all for you, and including the donor vehicle) is going to be about £35,000-£38,000.  I know that because I've done the figures for myself.  For that, and if you wait for six months, you could have a new Jeep Wrangler when it's released in Britain.  Now, as much as I love Defenders, a new Wrangler has the edge, in fact, more than an edge, as the new Wrangler sounds as though it is perfect.  The new Defender, I hear you say?  Well, that's going to be £40,000+ - given JLR's pricing.  I'm afraid the Defender's time is past.  And if I'm honest (remember, I have Defender oil in my veins) it's time was past 15 years ago, if not longer.