James Ruppert: how to pick up a bargain Beetle

So, farewell to the Volkswagen Beetle. Twice this year, I’ve been asked to give on the radio what is in effect an oral obituary for the long-serving model. The Beetle’s backstory is a fascinating one and it bears retelling, although not here. It isn’t a practical buy, but a style one. Its unaerodynamic blunt front eats into the mpg and the boot isn’t the biggest – but at least it isn’t another boring hatch.

Shall we take a peek at what the classic market is up to? Well, £4450 buys a fully operational 1971 1200 Beetle that’s apparently unrestored and used as a daily, which surprised me a bit. There are some Californian imports for similar money and projects at the £1500 mark, so if you fancy some work and rust, knock yourself out.

The Beetle is all about showing off and, for £1500 upwards, there are a ton of cabriolets around that are perfect cruising buys. For example, there was a 2004 1.6 with reasonable miles and a private plate chucked in for £1500. Personally, I would respond more warmly to the subtle rumble of a 2.3 V5. No one else wants those, so there are tidy one-owner 2001 examples at £750. Dealer prices can be £2995, but they should be pretty mint and warranted. 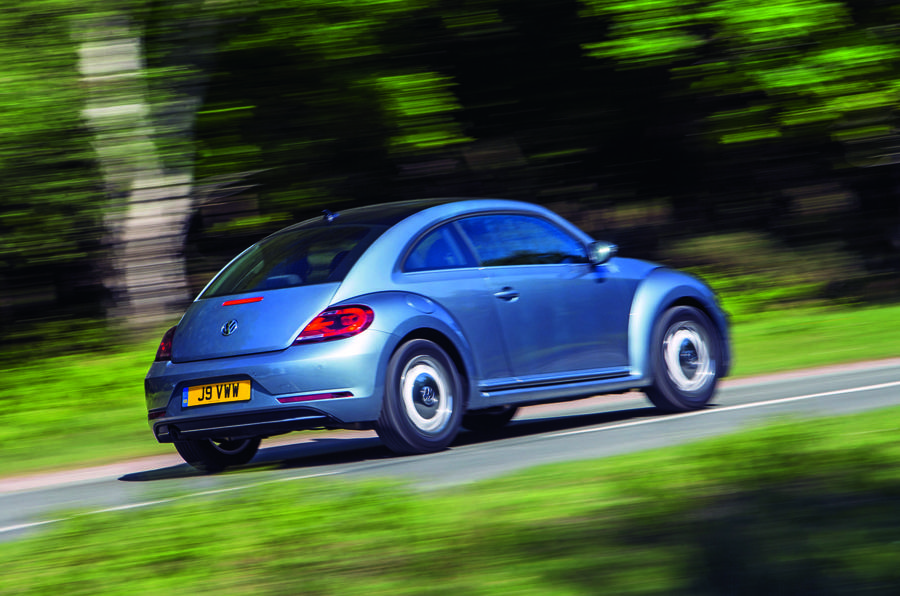 Then there is the last-of-the-breed Beetle 2, which isn’t quite so lovable. The petrol 1.2 TSI starts at £5500, so a contemporary model at a reasonable price. I have a lot of time for a 1.6 Bluemotion, which does address the older cars’ fuel economy issues and deliver 65mpg, officially anyway. A 2013 one with over 90,000 miles is £5995. A bunch of special editions increases the choice and I like the idea of a Fender I can actually drive. I saw a 2013 2.0 TDI with 50,000 miles, a DSG gearbox and Fender logos. The sound system should be decent, it had a DAB radio and it was a two-owner car for £9999.

Certainly, the Beetle isn’t for everyone, but they are good value, and in the world of the me-too hatch, it is the curvy exception. Otherwise, buy a Golf or Polo. 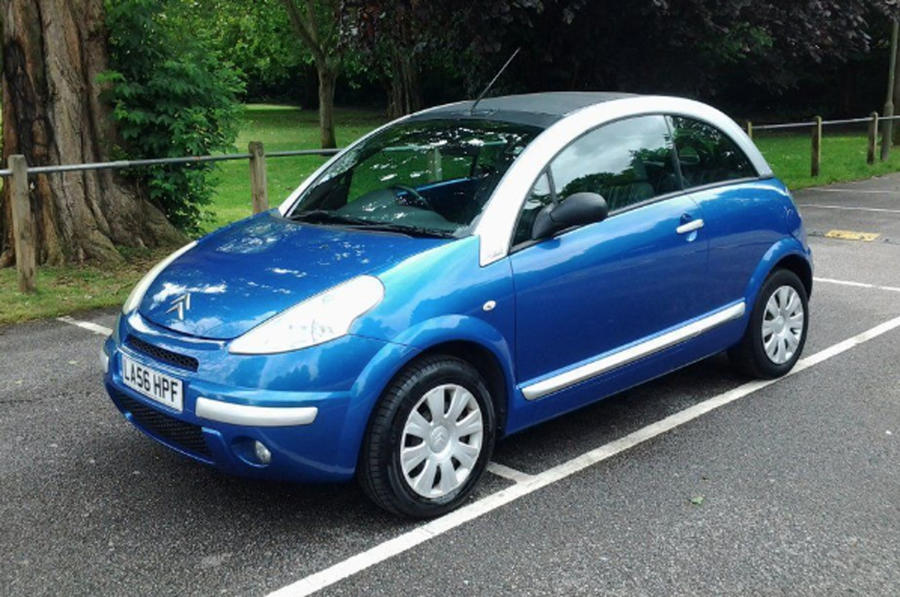 Citroen C3 Pluriel: It was going so well – pretty little French hatchback in the right colour, full main dealer service history, a reasonable 75,000 miles on the clock and a recent new cambelt and water pump, all for just £890. And then the admission that the electric hood is playing up. Sadly, roof problems are the Pluriel’s Achilles heel. Moving on… 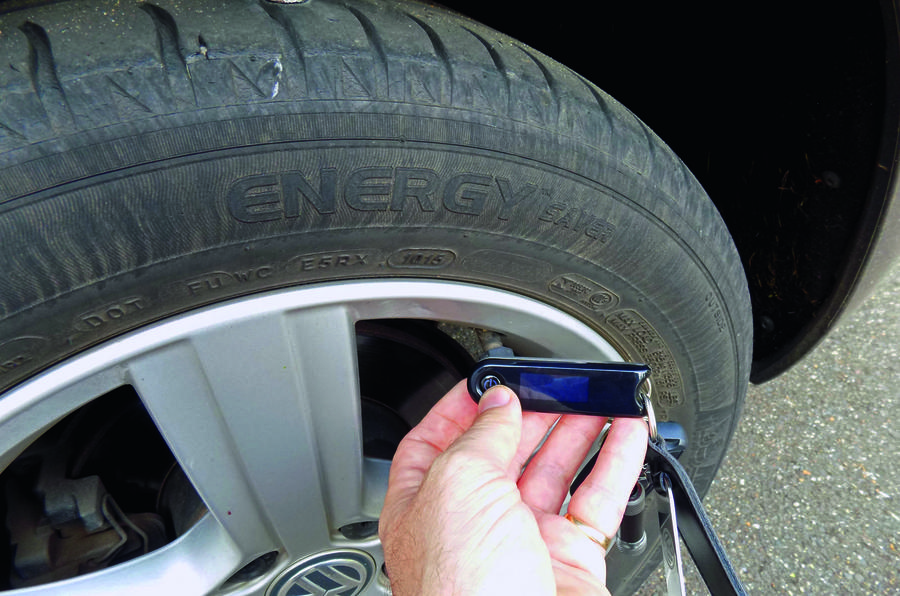 Volkswagen Golf, mileage - 55,725: It’s always good to know that aftermarket gadgets are actually working and have a real-world purpose. You might remember I have a Michelin Fit2Go tyre pressure checker. The posh one on the Baby Shark is resting at the garage at the moment – more on that next time. The Golf, though, uses a simpler version, but it rapidly zeroed in on the fact that the nearside rear tyre had a large tack in it. I’ve already sold a few of these to mates with lower-tech 1990s cars who reckon this could be a lifesaver and it is. So let’s get that tyre fixed as there’s no spacesaver these days.

Peugeot 206: Nick has a great tale involving two cars, so we have split it into two exciting instalments: “Having got tired of depreciation and only needing to go to the railway station for much of the past few years, I spent £700 on a 12-year-old 206 1.4 Verve in early 2018. It had 58,000 miles and three owners to its credit. Not much service history but the belts and clutch had been done. 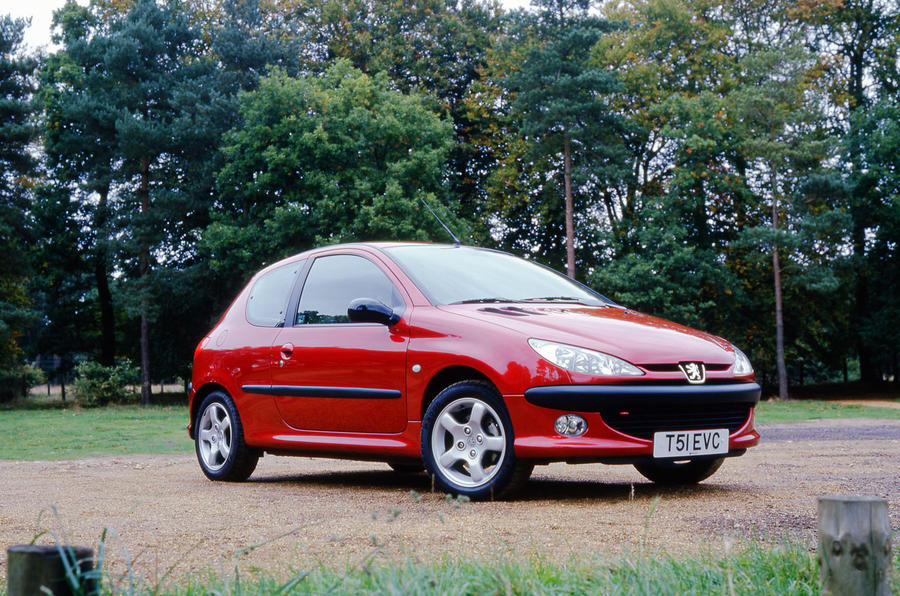 “After 20,000 trouble-free miles, I landed a position that requires a daily 65-mile round trip, so I was toying with the idea of getting a diesel.” Part two next week…

Question: What’s the best way to wash my car without scratching the paint? Dean Whittam, Boston 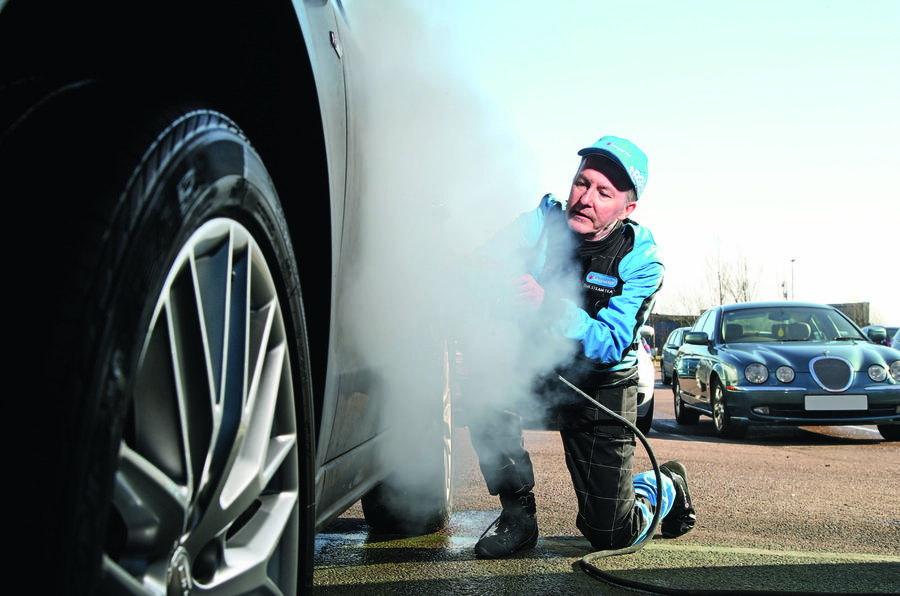 Answer: We asked Richard Tipper, top vehicle detailer and founder of Perfection Detailing, who said: “It’s best to do it on an overcast day so the water doesn’t dry off. Hose down the car, then apply a snowfoam to soften the dirt and leave for a few minutes to do its work. Now hose off the foam. If there are still stubborn bits like tar spots on the paintwork, use a clay bar to gently rub them away. Then, using a bucket with a grit guard, shampoo the car using a hand mitt. Hose off and dry with a chamois.” John Evans

Question: I have up to £40,000 to spend on a new convertible but it must have space in the back for two teenage sons, who insist the car must have street cred, too. What do you recommend? Jason Clarke, via email 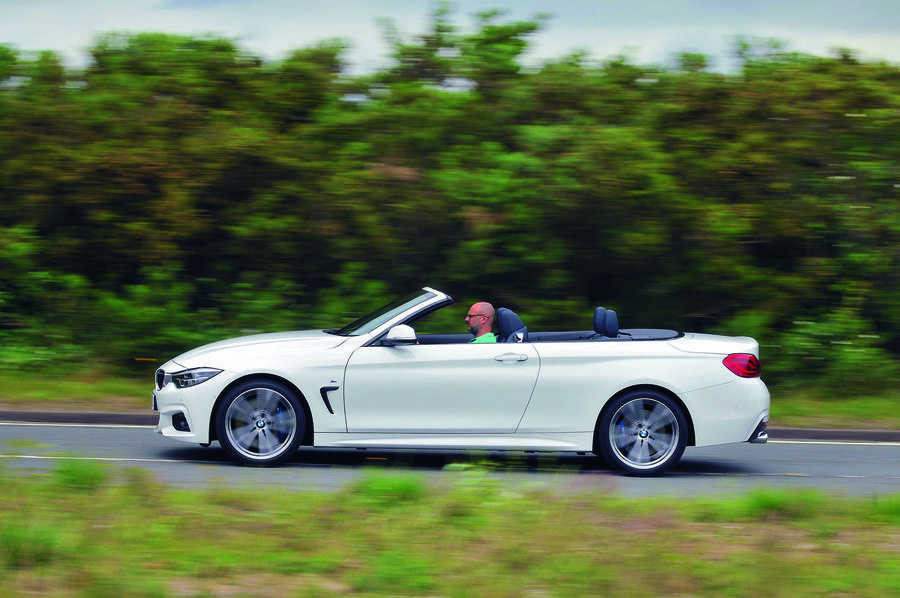 Answer: A convertible with street cred? Difficult. Try the Audi A5, BMW 4 Series and Mercedes C-Class. Leg and shoulder room are okay in the Audi but head room is a little tight. Same goes for the BMW but the Mercedes has slightly less of all three. It’s a difficult concept for older hacks to judge but the BMW is the one most likely to have what the young call street cred. John Evans

Insider secrets of how to expertly wash & detail a car​

I was always taught that the

I was always taught that the secrets of washing your car and avoiding scratches were using plenty of water so that the paintwork didn't dry out, and keeping your cloth, sponge or whatever you were using well rinsed and away from dirt and grit. But then I see tests of waterless cleaners, that you just spray on and wipe off, and the results are supposedly excellent. How can this be?

I was always taught that the secrets of washing your car and avoiding scratches were using plenty of water so that the paintwork didn't dry out, and keeping your cloth, sponge or whatever you were using well rinsed and away from dirt and grit. But then I see tests of waterless cleaners, that you just spray on and wipe off, and the results are supposedly excellent. How can this be?