BACK TO ALL NEWS
Currently reading: Buy them before we do: second-hand picks for 31 July
UP NEXT
New Renault 5 to be built in same French factory as original

Buy them before we do: second-hand picks for 31 July

If the Fiat 124 is too mainstream for you, then step right this way, comrades, for some underground Cold War memorabilia.

Based on the 1967 European Car of the Year-winning Fiat, this model was licensed and re-engineered by Russian car giant VAZ (now AvtoVAZ) under the VAZ-2101 nameplate domestically and exported as the Lada 1200 from 1974.

It was the first Lada to reach the UK and, while it had Italian-inspired styling, there was more than a hint of Soviet influence, too. Among the changes to suit Russian tastes (and climate) were increased ground clearance and a softer suspension set-up, as well as a reinforced chassis and the ability to hand crank the engine (in case the battery succumbed to Siberian winters).

But with cars like this, it’s definitely the romantic allure of owning such an old, unusual machine that draws you in, rather than the engineering accomplishments associated with it.

The 1198cc eight-valve inline four sends 59bhp to the rear wheels via a four-speed manual ’box for an optimistic-sounding top speed of 87mph and 0-60mph covered in, um, a more realistic-sounding 20 seconds. But when you’re travelling in such style, you’d want the journey to last longer anyway, right?

The first of these 1200s arrived in the UK in May 1974 and were priced from £979. This model was registered on these shores in October the following year and today has an asking price of £2995.

It appears to have sailed through an MOT in October last year, but is that a period-style sepia effect on the photos or is it actually a few specs of rust? We’d investigate further with a view to knocking down the price a bit. But otherwise, it looks in good nick for its 65,000 miles and has a wonderfully bourgeois interior. And we’d very much hope the flags are included in the price. 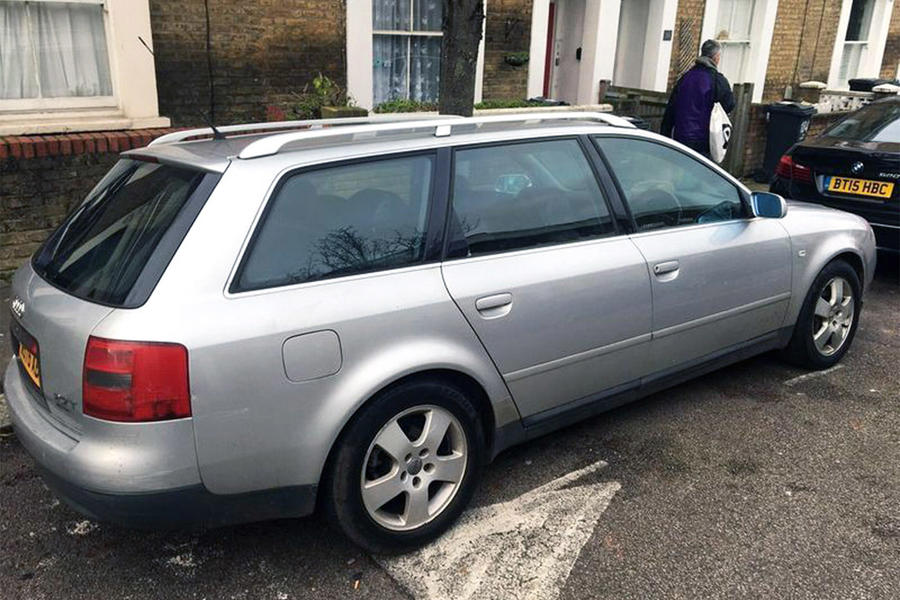 Audi A6 Avant 2.7 T Sport, £1850: Plush, big, quick and dirt cheap. This wagon as standard gets a detuned version of Audi’s 2.7-litre B5 engine, but its owner has remapped it to 289bhp. It looks as tidy as you could hope for with 120,000 miles on the clock and a very nice leather interior. 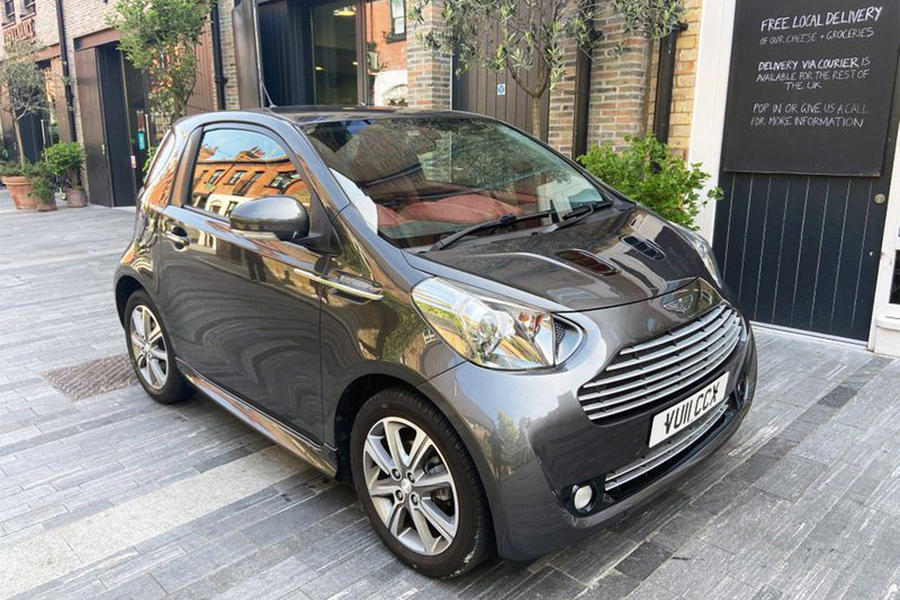 Aston Martin Cygnet, £25,490: Perhaps even more startling than the Cygnet’s original £30k price is how well it has held its value over the years. You can pay £3k for a Toyota iQ (its donor car) from 2011, or £25k for this Cygnet from the same year. Lunacy? Or a sound investment? 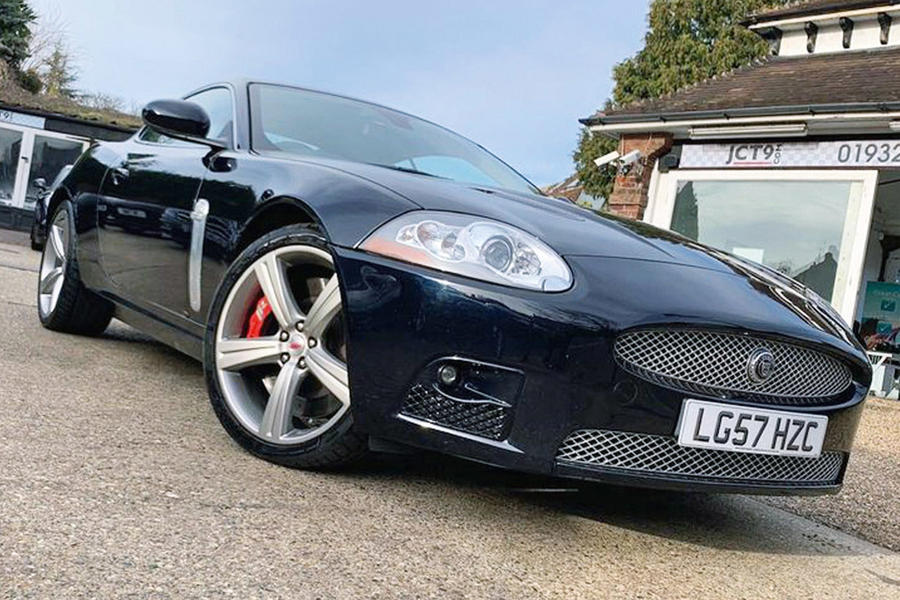 Jaguar XKR, £13,900: As if the fire-breathing supercharged 420bhp 4.2 V8 isn’t worth the money alone, this XKR is in special-edition Portfolio trim, which ups the ante with a Bowers & Wilkins sound system, 20in alloys and this black paint finish. The car comes with a tidy history, too. 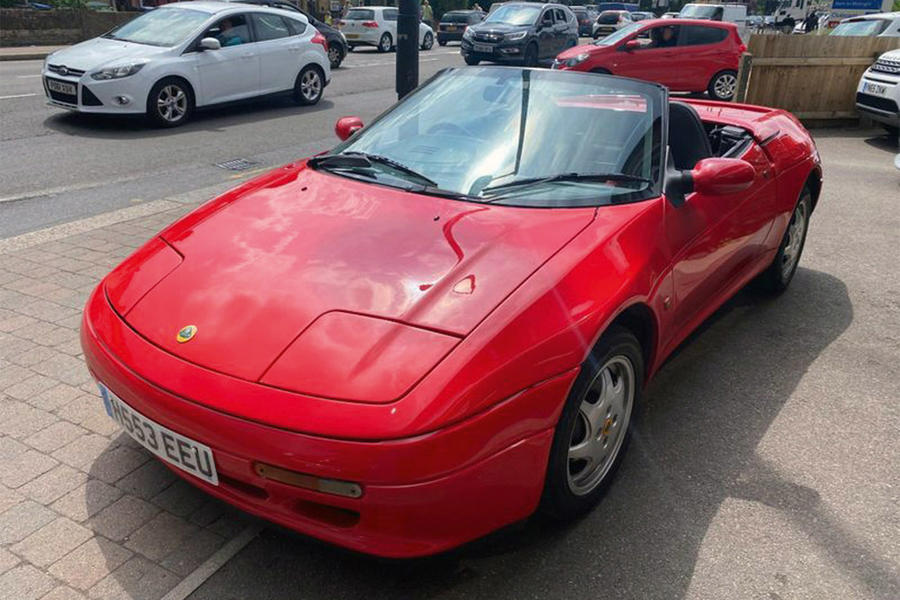 Lotus Elan 1.6 SE, £7750: Yes, we know it’s front-wheel drive and, yes, we’ve heard of the Mazda MX-5, but the Elan delivers charm and controversy in equal measure. Plus, it’s becoming scarce. This four-owner car has been garaged for the past 10 years and is as cheap as they come. 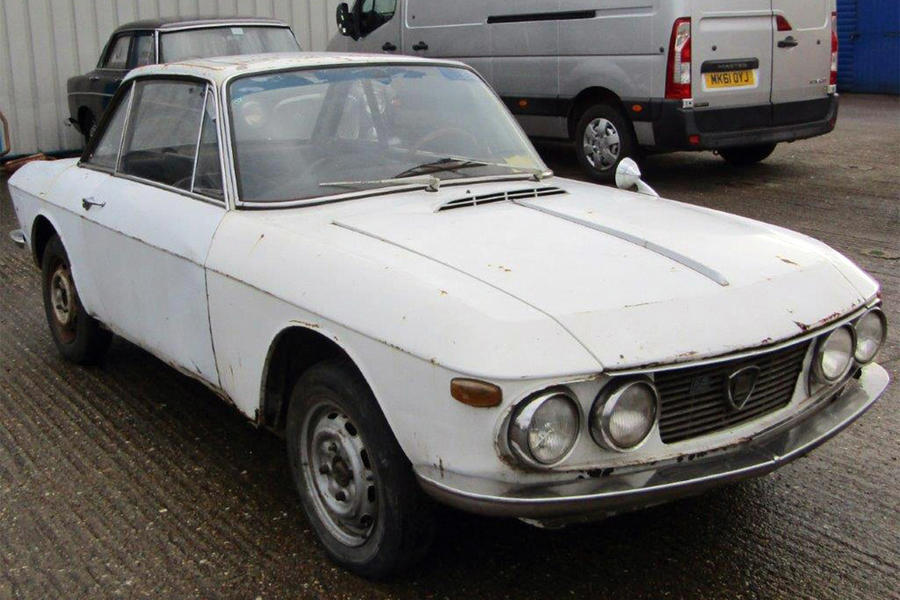 Lancia Fulvia Coupe Rallye 1.3 S: The phrases ‘barn find’ and ‘project car’ are as exciting as they are potentially ruinous and they’re entirely appropriate here. This sorry-looking Fulvia Coupé was sold for £2332, half what the seller was hoping for at auction. Rescued from Italy last year, where it was believed to have been off the road for 20 years, it could, with enough love and money (but mainly money), get moved on for 10 times as much as it sold for here once it’s done up. What joy it would be restoring it to full V4, rally-ready condition. Just try not to think about how much of a money pit it could become in the meantime. 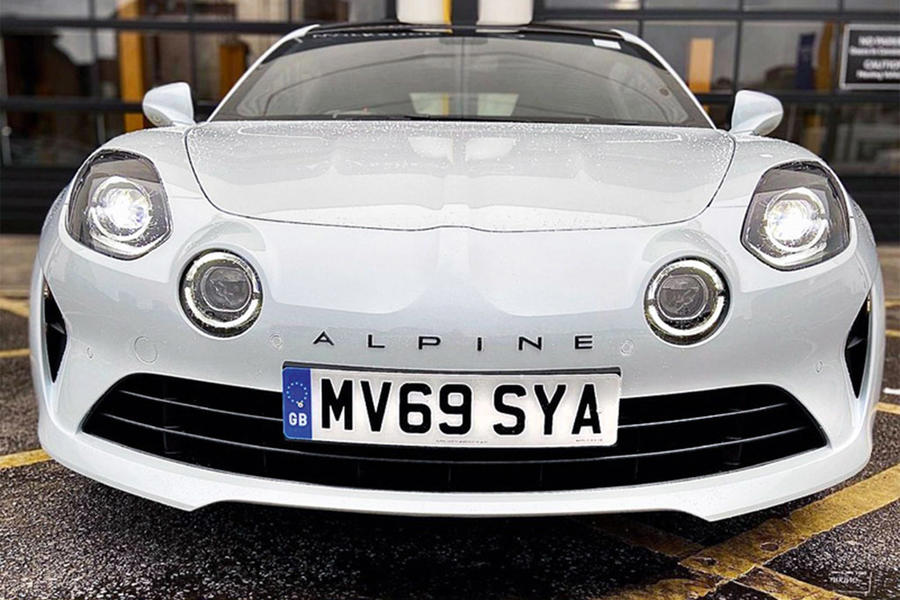 Alpine A110 S, £54,990: One of the most widely adored new cars of recent years, the Alpine A110 is already considered a great. The S brings a 40bhp power bump, firmer, shorter springs, stronger anti-roll bars, larger brake discs and wider tyres. The result? A very special car that is more focused on the track than the road and therefore isn’t felt to be the purist’s choice in the A110 line-up. But it will still go down as a highly sought-after variant, and indeed the small numbers it will sell in compared with the standard A110 should help armour the value of A110 Ss sold today.

Brief: I like the new Defender. Find me something similar for £5000, please. 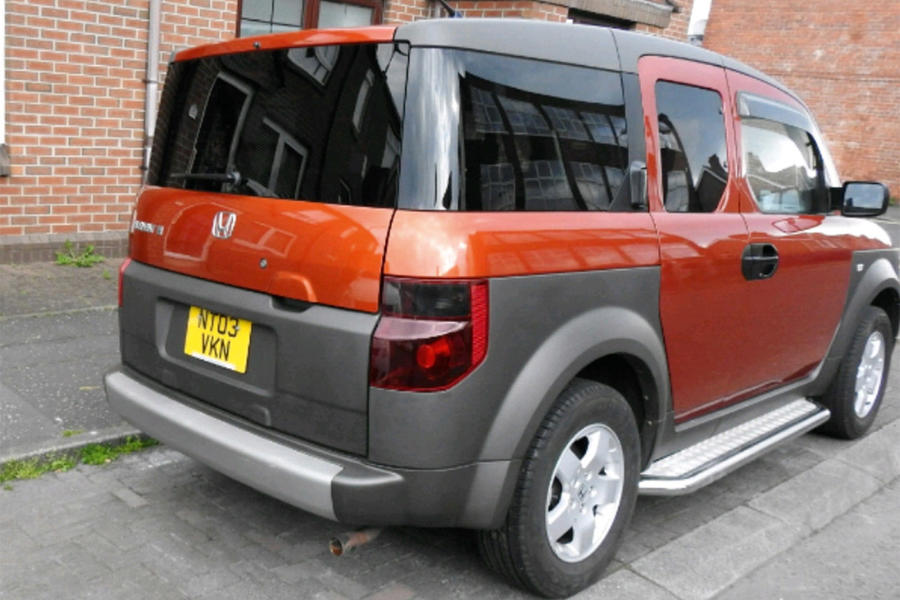 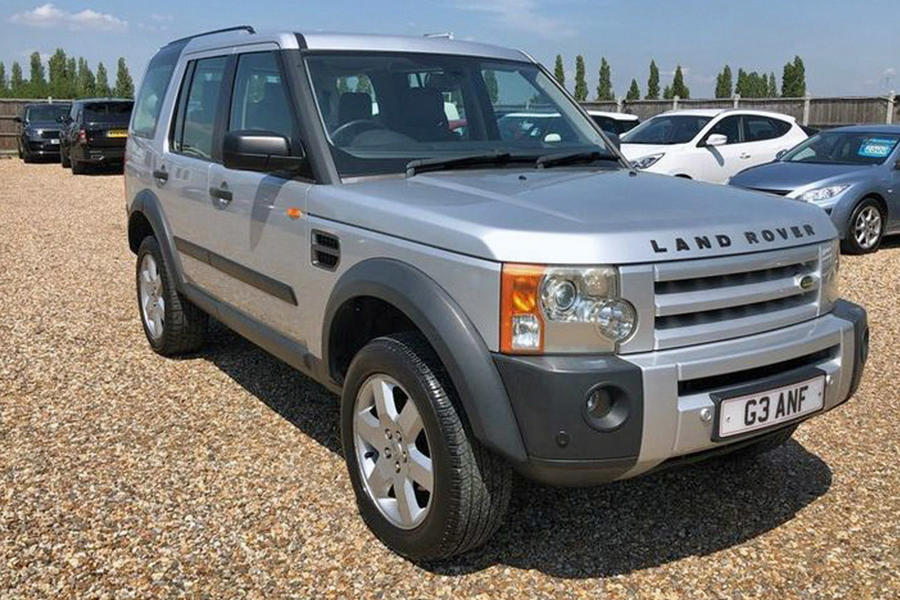 Mark Pearson: Let’s be honest: in all but badge, this is the modern Defender. Someone at Land Rover must have sneaked a peek at the Element and decided they liked what they saw. No modern activity vehicle can match the Element’s practicality, either, with that huge clamshell tailgate, an interior you can hose down, those rear-hinged back doors, the missing B-pillar, a massive and easily accessible internal space with a flat floor and those flexible and fully removable rear seats. There’s even a VTEC engine under its cute bonnet. What you got, Max?

Max Adams: Where’s your variable-height air suspension, locking centre diff and various off-road modes, Mark? You’ll find them on my Discovery 3, which was a smash hit for its timeless, boxy styling and unsurpassed mud-plugging abilities. Your 2003 Honda looks the business, but I’m afraid there’s little 4x4 substance to back up those butch looks.

MP: The trouble here is that we all know your Disco will cost at least another £5k just to get it moving and then the same every month thereafter. Mine’s an ’onda, mate, and they don’t go wrong.

MA: As per my last response, your car has less stuff on it anyway. Also, my car has a full service history and evidence of a cambelt and water pump change, so it’s a good ’un. And it’s a full £41k less than a new Defender 110: you could practically rebuild my Discovery 3 and still have money left over!

MP: Brave the man who buys a 2005 Land Rover, and presumably wealthy, too.

Verdict: Has to be a reliable Honda for me.

Looking at the photo of the

Looking at the photo of the A6 ... when Audi practised understated elegance. Those were the good old days indeed!

Looking back its funny what

Looking back its funny what car snobs the English were back in the 1980s. Oddly enough Skodas and Ladas were bought by people who hadn't got a lot of money, so I guess it was easy for the middle-class to laugh at them. How attitudes have changed, with even the Telegraph and Mail opposed to anything that affects 'poorer drivers'. Clearly just a coincidence that doing so helps their journalists pockets too.

The real benefit of the Lada was that people could easily maintain them at home keeping them mobile as cost effectively as possible.