BACK TO ALL NEWS
Currently reading: Buy them before we do: second-hand picks for 23 August
UP NEXT
2023 Lotus Type 133 to be firm's most luxurious model yet

Buy them before we do: second-hand picks for 23 August

New, the Volkswagen Corrado was referred to as 'the people's Porsche', which means you don't pay over the odds today
Open gallery
Close

At the last count Volkswagen had five SUVs in its ranks but, if you ignore its R and GTI models, no traditional sports cars. Rewind to 1989 and the company had no SUVs but two sports cars: the Scirocco and Corrado.

Volkswagen Corrado, £6000: Today the Corrado, which was dropped in 1995, three years after the Scirocco, is the more sought-after, but either in good nick is worth having. 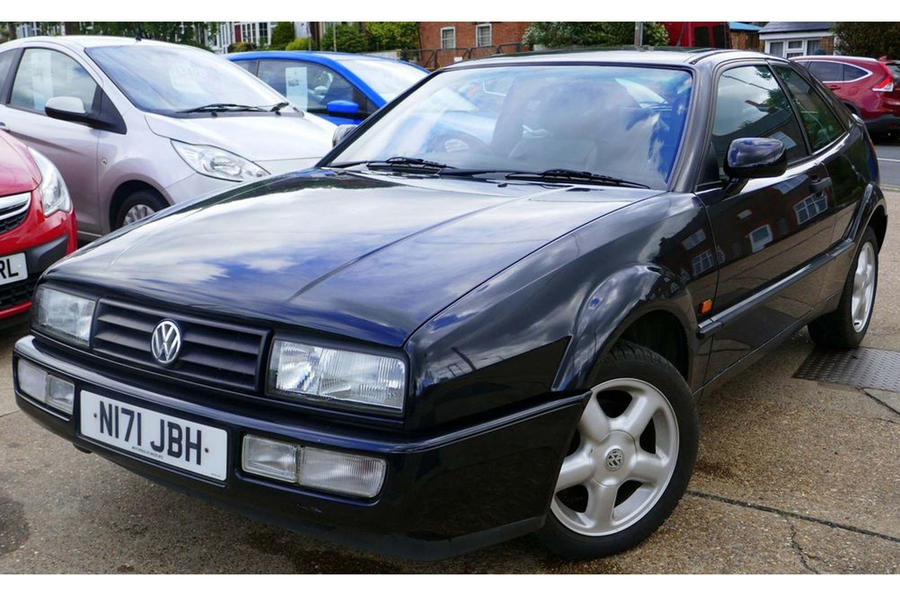 What to check? A faulty idle stabilisation control valve can cause erratic tickover (replacements are available). With the gearbox still cold, we’d feel for graunchy first and second gear selection. On the test drive, we’d expect some looseness from droplinks and suspension arms.

More serious is the threat of rust. Front wings and sills corrode, although the seller claims the bodywork is in good condition. Fortunately, the headlights and foglights look clear – replacement units are rare and expensive. Finally, we’d check the dynamic spoiler rises and falls, and inside, that the round heating dials aren’t broken. 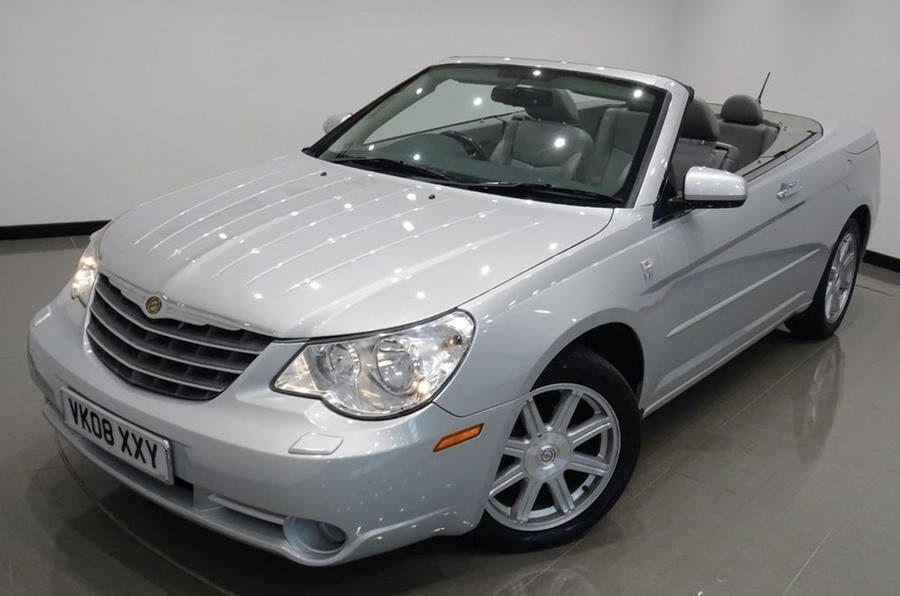 Chrysler Sebring Convertible, £3750: Perhaps not Chrysler’s finest hour, but today, with the sun blazing, this Sebring cabrio is tempting. It’s a genuine four-seater, too. The 2008/08-reg car has done 67,000 miles. There’s no mention of service history, but it looks pretty straight. 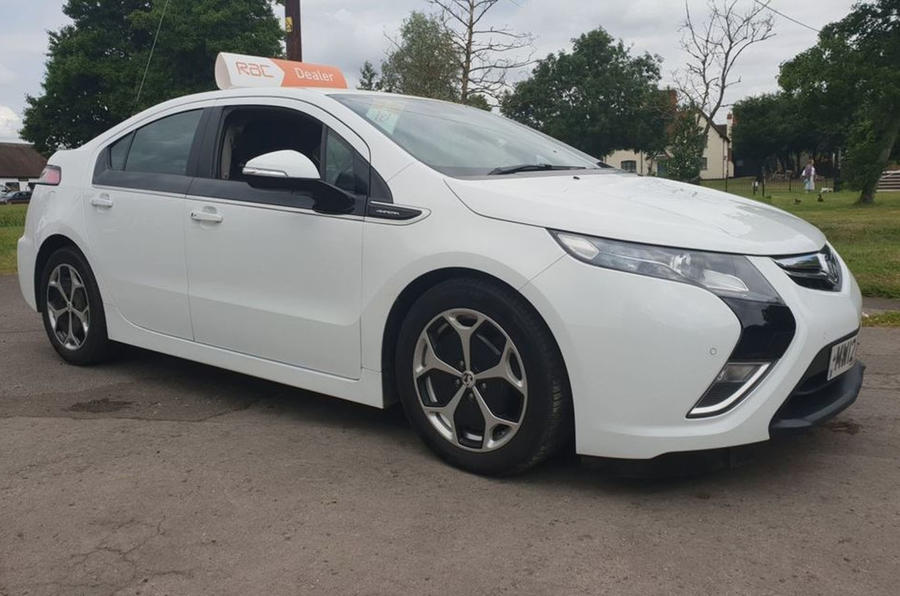 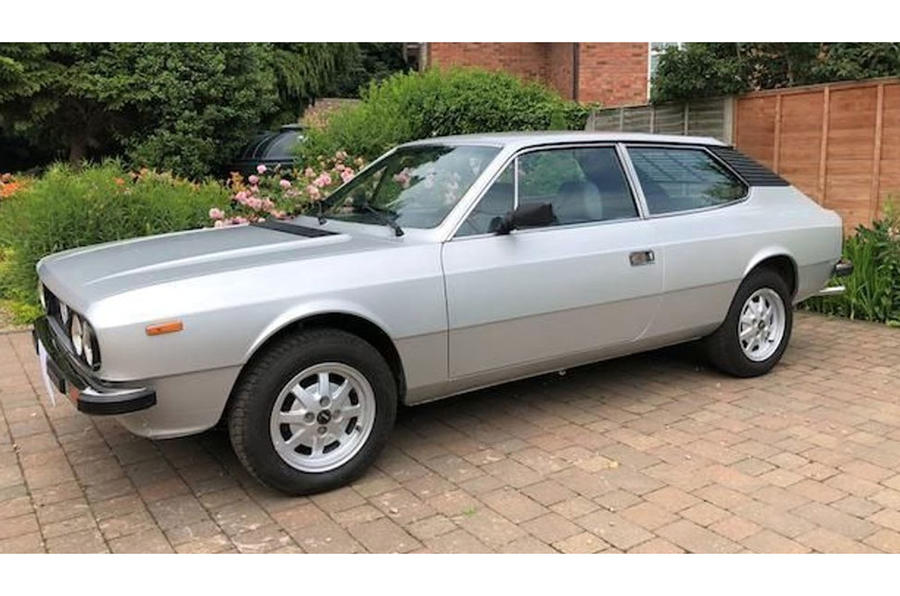 Lancia Beta S2, £4990: Here’s a rare thing: a rust-free Lancia – and what a pretty one it is. So many Betas have been scrapped that this 50k-mile 1983 example is gold dust. It’s a left-hooker but that just makes it more authentic and all the excuse you need to have that Riviera holiday. 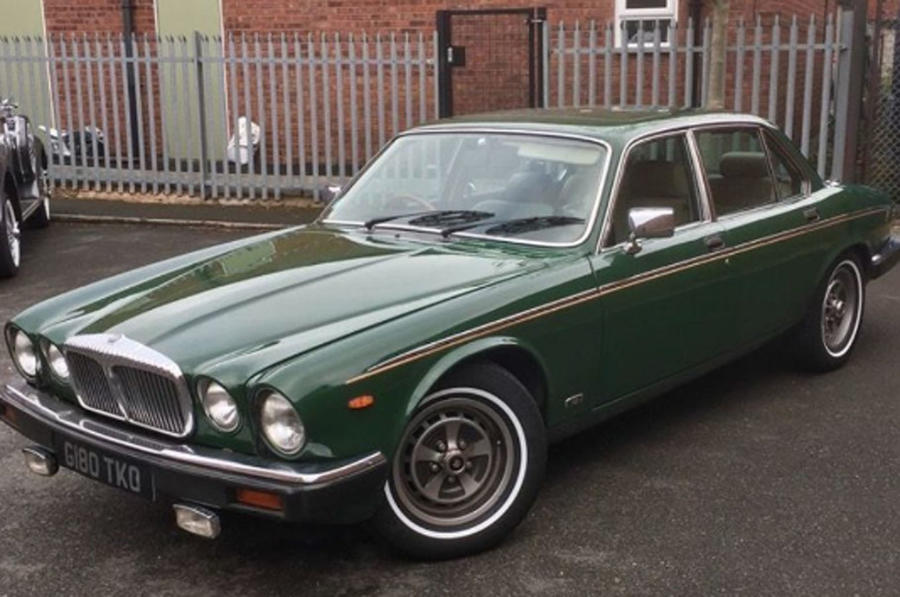 Daimler Double Six, £5495: If Andrew Frankel’s V12 tribute got you thinking, why not try your luck with this? It’s a 1990/G with 78k miles, restored in ’07. It’s just had a gearbox and oil service, plugs and fuel pipes. It’s just been Waxoyled, so check there’s no rust underneath. 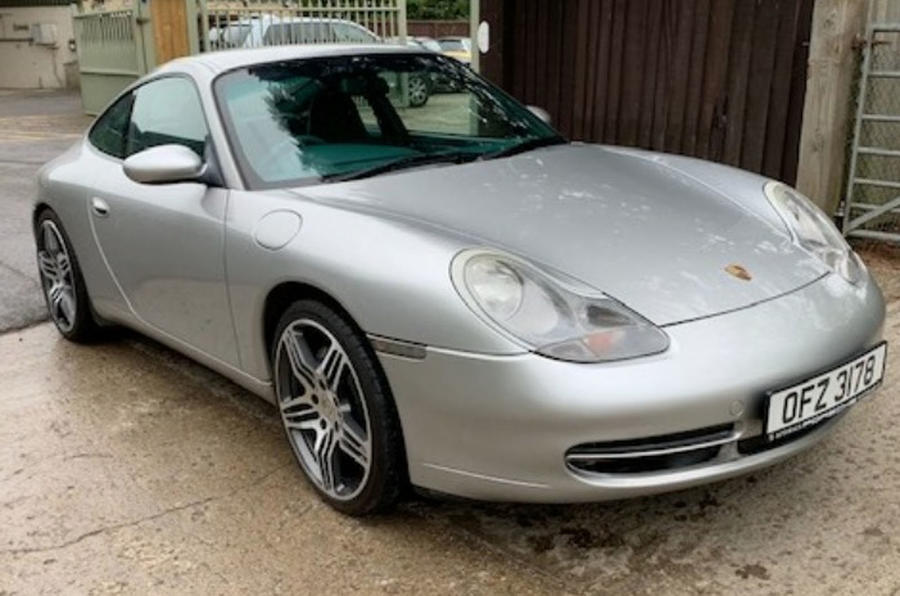 Porsche 911 Carrera 4 (996): In case you’re wondering, yes, this 911 has had a new intermediate shaft bearing. The 996 of 1998-2004 has such a poor reputation – in particular pre-facelift cars such as this one – that without it, it would probably have been knocked down at least by the price of the bearing job, not to mention a rear main seal (which can also let go). The car showed 85,000 miles, was registered in 1999 and sold or £10,000. Its four previous owners seem to have taken care of it, if the 12 service stamps plus sundry later service receipts are anything to go by. 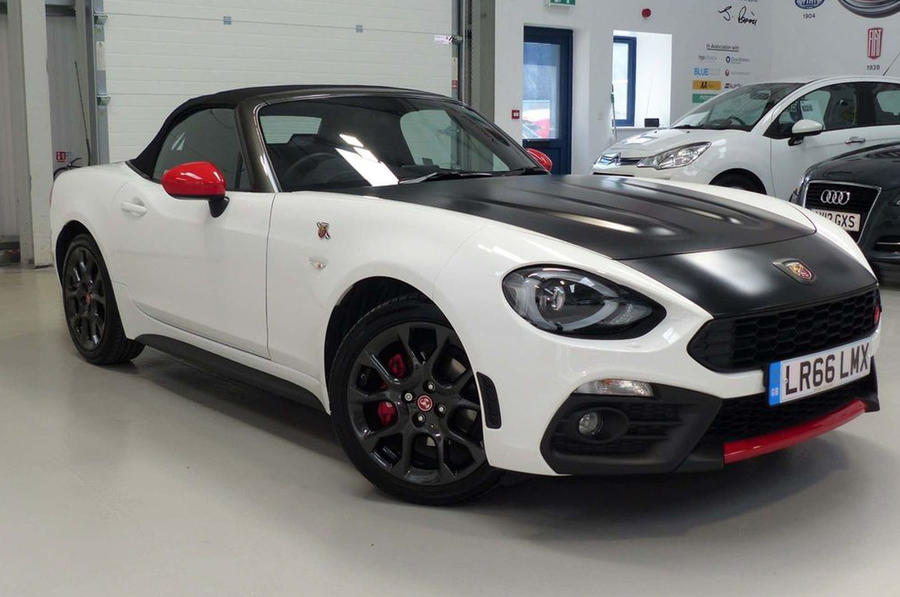 Abarth 124 Spider, £17,995: Everyone raves about its sister car, the Mazda MX-5, but the chances are that the Abarth 124 Spider will be the one people pay a premium for in years to come. Its 168bhp 1.4 MultiAir turbo develops maximum power earlier than the 2.0-litre unit in the Mazda, so you don't have to wring its neck anything like as hard. There’s a sports exhaust, Brembo brakes, Bilstein dampers and a limited-slip diff, too, but it’s the car’s Italian associations and its exclusivity that will attract future enthusiasts. And the fact that it isn't an MX-5.

Brief: Find me my first EV for less than £7k. 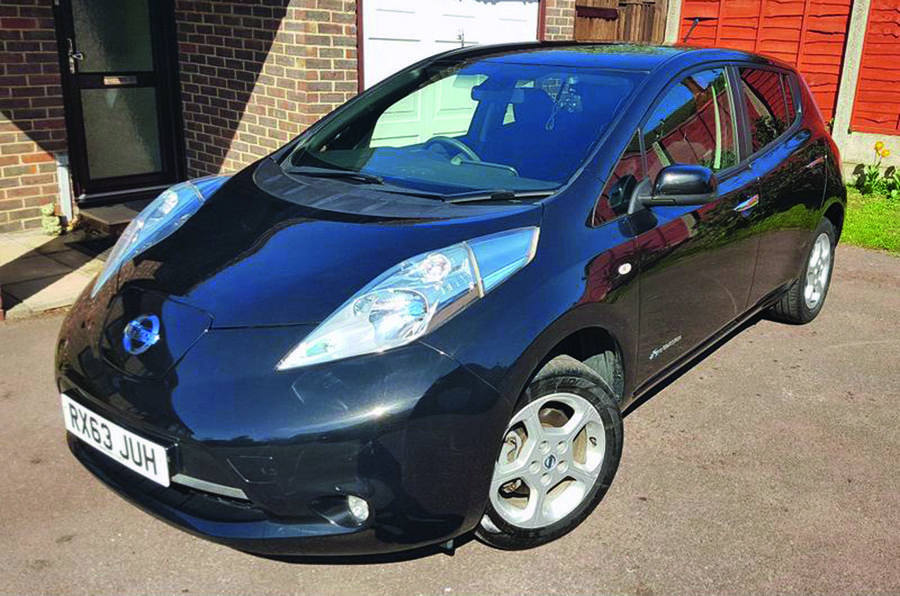 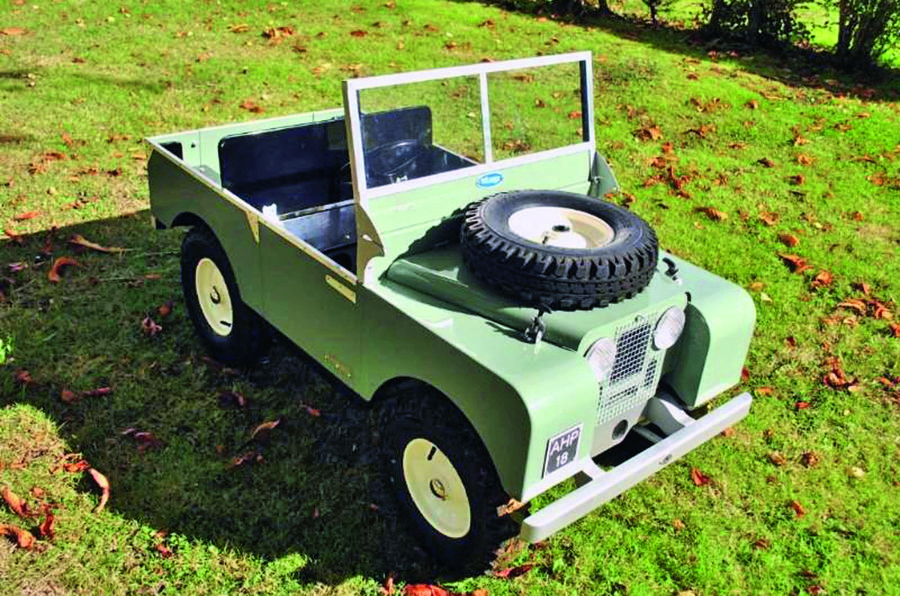 Max Adams: Oh, crikey Mark. You appear to have taken John’s words way too literally and gone for something only a five-year-old can drive.

Mark Pearson: John said to find him “my first EV”, so what we have here is a wonderful homage to the Series 1 Land Rover, beautifully made and fully electric, brand new and ideal for a spot of (very) light off-roading. It’s got lights, a folding windscreen, even a tow hook for a small trailer.

MA: That’s not a proper car. My Leaf, on the other hand, was praised for being as much when it came out back in 2013. You can put five real people in it, and it has a decent-sized boot. Plus my 24kWh example has a range of about 100 miles, not 10 laps of the back garden.

MP: Have you driven that generation of Leaf? You wouldn’t want to go 100 miles in it, believe me. You’d be happy to attend any fifth birthday party in my Landie, though, or be dropped off outside nursery or the local zoo. And what better way to acquire the necessary off-road skills a budding young farmer will need as he or she grows?

Verdict: On the basis that you never forget your first EV, I’ll take the Leaf.

Buy them before you do?

You can keep the lot. As for including a Lancia! There goes Autocars credibilty!

The corrado and Lancia

Beta for me, loved the Beta as a kid but even then everyone knew they would rust to nothing in no time. For electric cars the Ampera looks decent value although not sure about battery longevity.

Could’ve been an interesting discussion about whether second hand early generations of EVs make sense.

EV fan though I am, I don’t think the sub £10k second hand market is viable for most yet, other than as a second car for local commuting and trips to the shops.