BACK TO ALL NEWS
Currently reading: Buy them before we do: second-hand picks for 21 June
UP NEXT
Are disabled people being left behind by electrification?

Buy them before we do: second-hand picks for 21 June

If you're not easily led by the three-pointed star, Chrysler's much-maligned Crossfire is the budget Mercedes SLK for you
Open gallery
Close

You can say what you like – dozy recirculating ball steering, awkward looks – but a Chrysler Crossfire will always be an intriguing old thing. But why would anyone have chosen to buy one over its close relative, Mercedes-Benz’s Mk1 SLK R170, back when it was launched in 2003?

Chrysler Crossfire, £5999: Possibly because as the Chrysler came on stream, that version of the SLK was being replaced by the more expensive Mk2, with its longer-lasting galvanised body.

The Crossfire convertible was prettier than the coupé and looks best in red. We found just such a car, a 2006-reg manual with 82,000 miles and eight stamps in the service book. It has a black and cream leather interior with smart alloy facings on the dashboard and centre console. 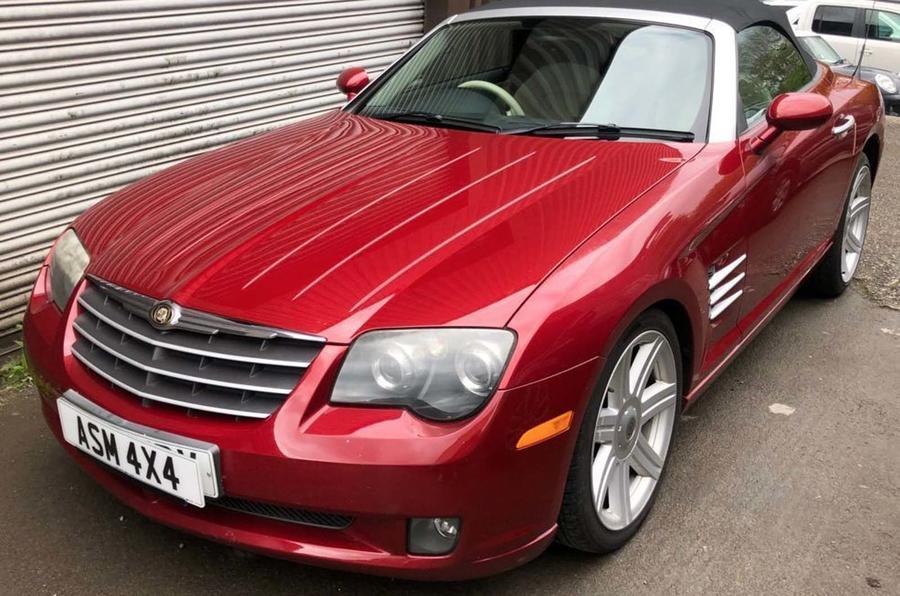 This regular Crossfire is powered by a 3.2-litre V6 that makes 215bhp and helps the car from 0-62mph in 6.4sec. The sportier SRT-6 auto, with the same basic engine but supercharged and tweaked by AMG, gets 330bhp for the same sprint in a frankly unbelievable 4.8sec. This version is rare, although we did happen across a tidy 2006 example with 37,000 miles for £10,500.

So what to look for when perusing a standard 3.2? Rust, for a start. If the car’s been parked outside for most of its life, it’ll be there somewhere. Also check that the engine isn’t due a major service, which includes 12 new spark plugs and eight litres of oil.

On the test drive, feel for propshaft trembles between 30 and 70mph (hopefully it’s just the rubber doughnut coupling) and check the active spoiler works. Finally, damp carpets point to poor roof seals, while water in the boot will likely knock out the central locking module. 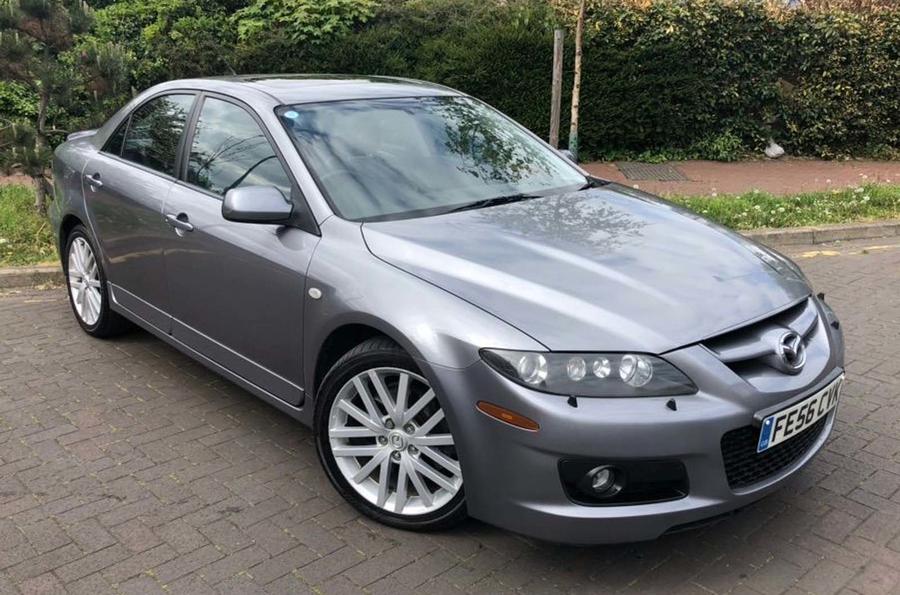 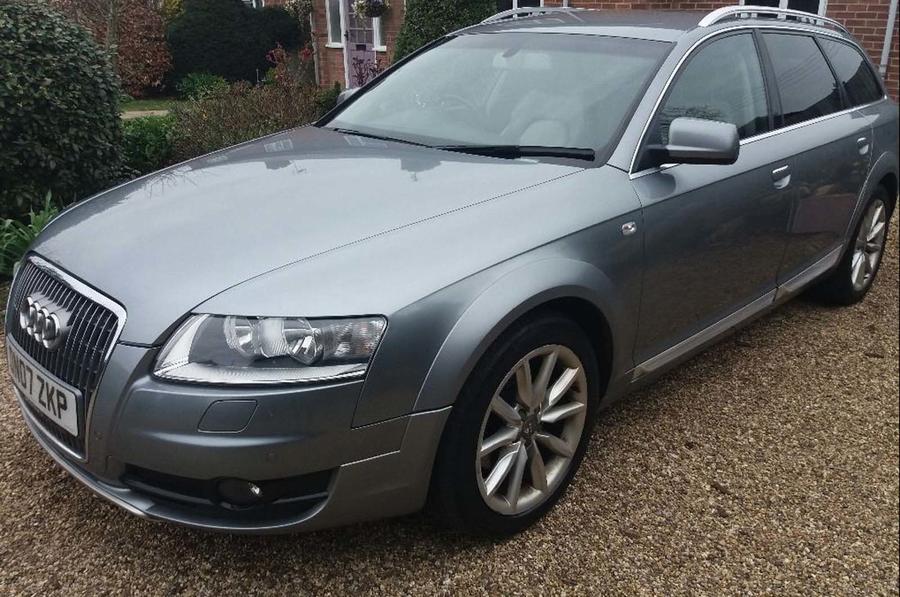 Audi A6 Allroad 3.0 TDI, £3750: Old Audi estates still have the power to impress and most impressive of all are the jacked-up A6 Allroads. Interiors are rock-solid and that 3.0-litre TDI engine comes with 332lb ft up its sleeve. This 2007-reg example has done 130,000 miles. 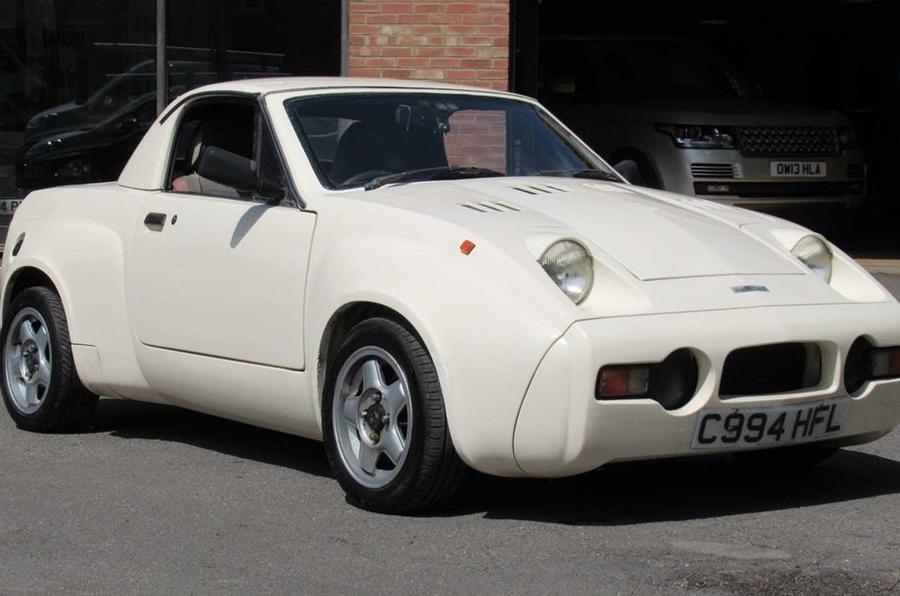 Midas Gold convertible, £2495: The Gold embodies the qualities of lightness and a low centre of gravity that are still prized today. The Metrobased Midas kit launched in 1989 for £4500, making this one, based on a 1985 Metro, a bargain. It’s for sale at the Titty Ho Motor Company 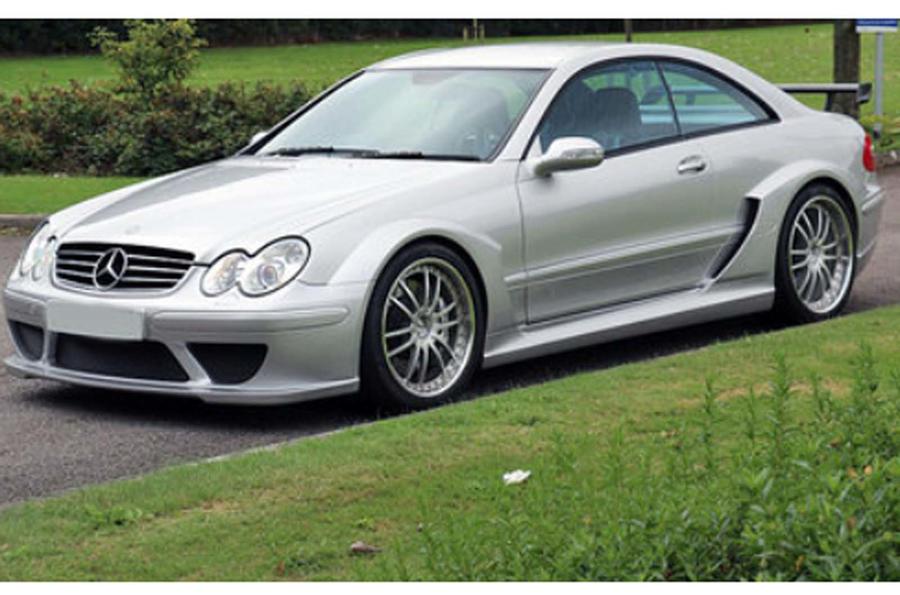 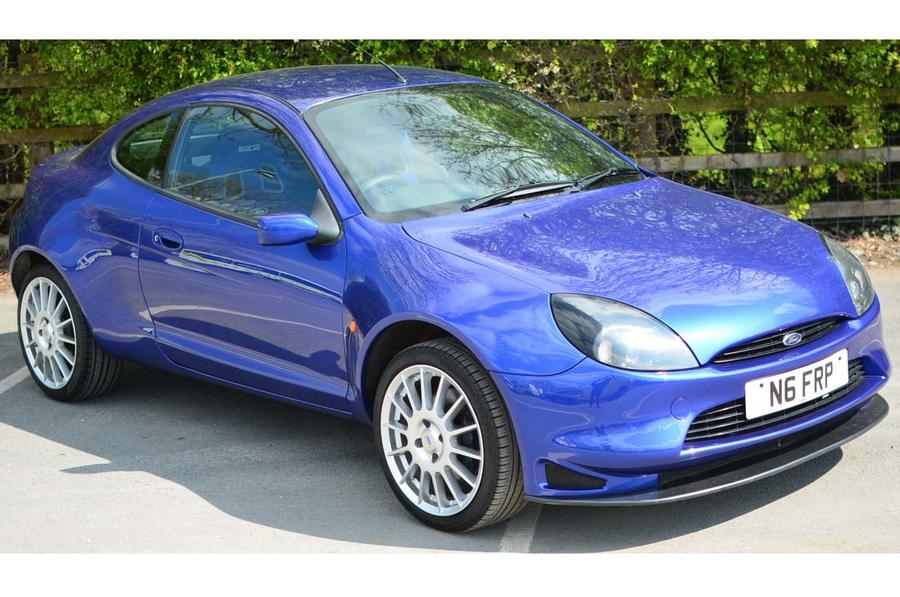 Ford Racing Puma: Is there a prettier small car than the Ford Racing Puma 1.7? It was limited to 500 copies and cost more than £23,000 new in 2000, but this 75,000- mile example went under the hammer at £8800. Compare that with the £13,000 and upwards sellers tend to be asking. It wasn’t tatty, either. There were 11 stamps in the service book (fingers crossed the exposed brake pistons were cleaned each time), while a recent MOT had no advisories. It also had a new timing belt at 74,000 miles, and its ‘FRP’ registration was even included in the sale. 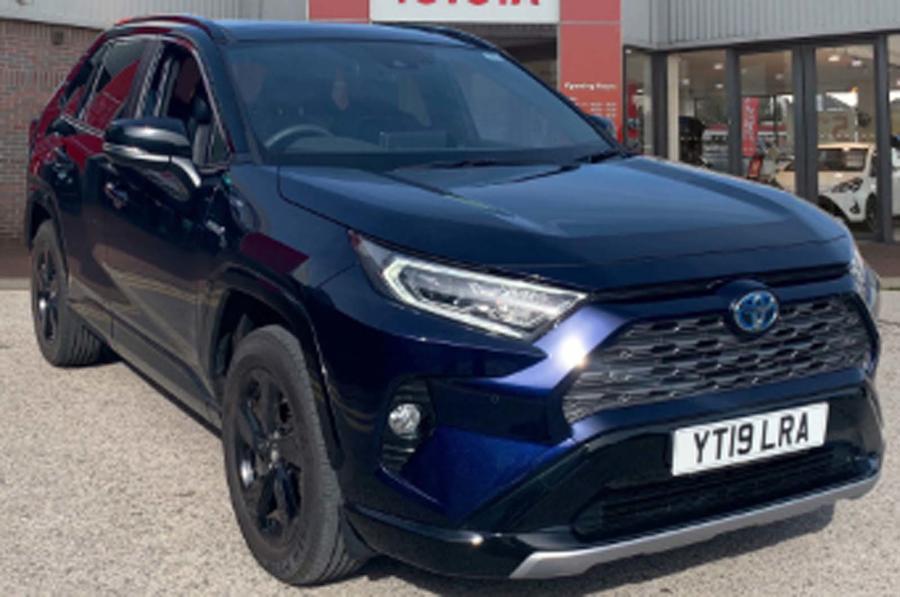 Toyota RAV4 2.5 Hybrid Dynamic, price new - £34,400, price now - £31,990: Not a huge saving here, but all the same it’s interesting that it’s on a model as new as the RAV4, and this one a 2019/19-reg with 1600 miles. There are others, too. The thing is, you can bet that if you’re shopping for a new one, you’ll be told discounts are next to zero. Indeed, under current offers, there’s not even a PCP deposit contribution from Toyota. So buying this nearly new one will save you a bit of cash, and it still has most of its five-year warranty. 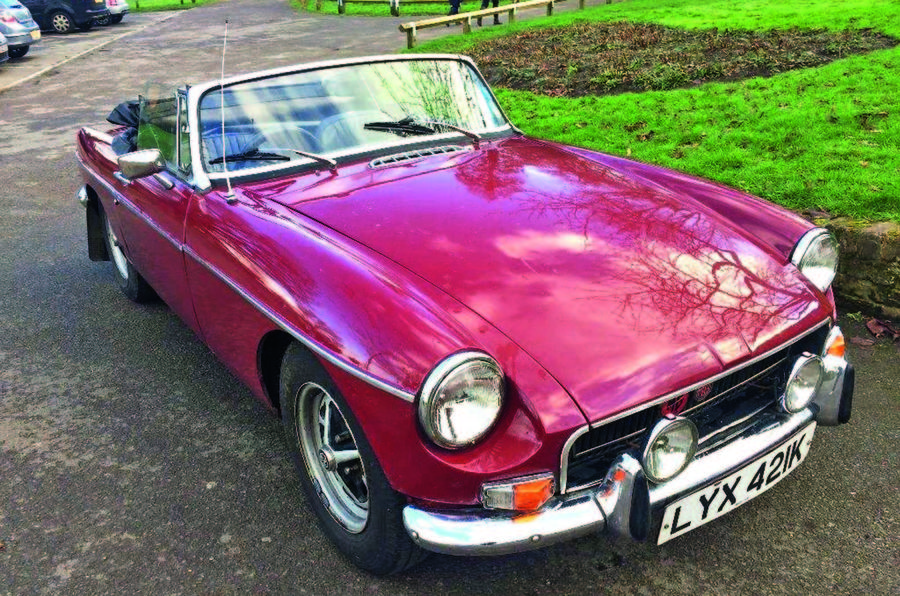 MG MGB convertible, £5000: Nothing says ‘charming British classic’ like a rorty little sports car, and perhaps the most popular example of that is the MGB. More than 500,000 were produced over the model’s 18-year production run and, because of that, there’s a huge following behind it. It also helps that the aftermarket support for the MGB is really good, so owning one should be a doddle. This 1972 example has only 53,000 miles on it and, aside from a colour change, it’s in original condition. What’s more, it’s sporting plenty of chrome and has natty leather seats and a wooden dashboard. How charming is that? Max Adams Reliant Scimitar SS1, £4499: Michelotti was a brilliant car designer but there are some who have expressed doubts about the styling of the SS1. Pourquoi? It’s a cute, small, glassfibre-bodied open-top roadster in the best British traditions, and it comes with the double blessing of all-round independent suspension and also of looking like nothing else on the roads. It can shift, too, thanks to the 1.8-litre turbocharged Nissan four-pot under the bonnet. This one is much modified in engine and chassis, but even the standard car could see off the 0-60mph sprint in 6.7sec. Go on, tell me you’re not a little bit tempted… Mark Pearson

Verdict: It’s hardly charming like the MGB, but that Scimitar is intriguing and appears to be better than new.

For those that live in the Deep South of America-land, kissing your sister is considered an intriguing thing... So is warm gelatin, if you're into that sort of thing

(and yes, the Racing Puma is gorgeous)

How many of these had the issue whereby the alarm went off if a strong gust of wind hit the car or a large vehicle drove past it?

Also, didn't the Rav4 just get a poor Thatcham Security Rating with regards to keyless theft?