In range-topping 6.1-litre V8 guise, the 0-62mph-in-5.0sec third-generation Jeep Grand Cherokee is at home on track as it is off road. We report
Share
Open gallery
Close

Autocar called the Grand Cherokee 6.1 SRT-8 the performance 4x4 bargain of the year when it was launched in 2006. For £41,000, buyers were served a 6.1-litre V8 producing 420bhp and 420lb ft, going to all four wheels to give 0-62mph in 5.0sec. That kind of performance earned it a place at the table occupied by Porsche, BMW and Mercedes, for a fraction of what they cost.

And it wasn’t just about straight-line speed. Bilstein dampers, anti-roll bars as thick as your wrist, stiffened suspension and massive 20in Goodyear Eagle tyres meant it could go around corners without sending your Big Mac flying.

Today, 10 years after production ceased, prices for used SRT-8s start at around £12,500 for a 2007-reg with 82,000 miles and a full service history. The model was the glitter-ball of the 2005-11 Grand Cherokee line-up – the third-generation Chezza, known in Jeep circles as the WK. It wasn’t the only V8 in the range, though. There was a 5.7-litre Hemi pushrod with cylinder deactivation for improved economy and even a 4.7. We didn’t find the smaller one in the classifieds, but we did find 5.7s starting at £5000 and rising to £8000 for the best examples converted to LPG. The 5.7 makes a decent 325bhp, but it’s the way it pulls smoothly and powerfully from low revs to its redline that impresses most. 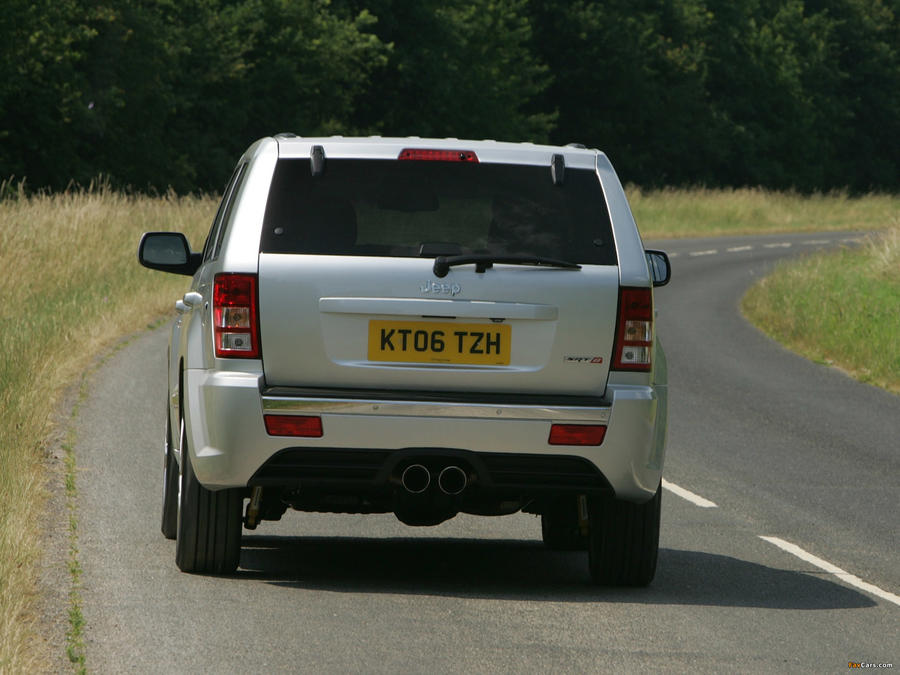 Those are the petrols but, for UK buyers living in the real world, the only WK Grand Cherokee that mattered was the 3.0 CRD diesel. The V6 engine, supplied by Mercedes, produces just 215bhp but a handy 376lb ft. A good one should be smooth, quiet and effortless. Prices go from as low as £1500 but expect to pay from £5750 for a genuinely decent one. Regardless of the engine, all Grand Cherokees are automatic.

The Mk3 Grand Cherokee was a big step forward from its predecessor. Independent front suspension with a five-link rear set-up improved composure and the new rack-and-pinion system boosted steering accuracy. It still rolled a lot on its soft springs, though.

Independent front suspension meant there was less wheel articulation off road than before, but Jeep balanced that out in part with the fitment of the excellent Quadra-Drive II system that locks the front and rear differentials in extremis.

The interior is filled with hard, scratchy plastics and topped by a craggy dashboard that looks like Mount Rushmore. Back-seat space is limited. Most are five-seaters but there was the seven-seat Commander. That’s rare, but we found a 2006 3.0 CRD with 80,000 miles for £5995.

The WK may have its flaws, but its engines are strong, its body resists rust and it’s good value for money. 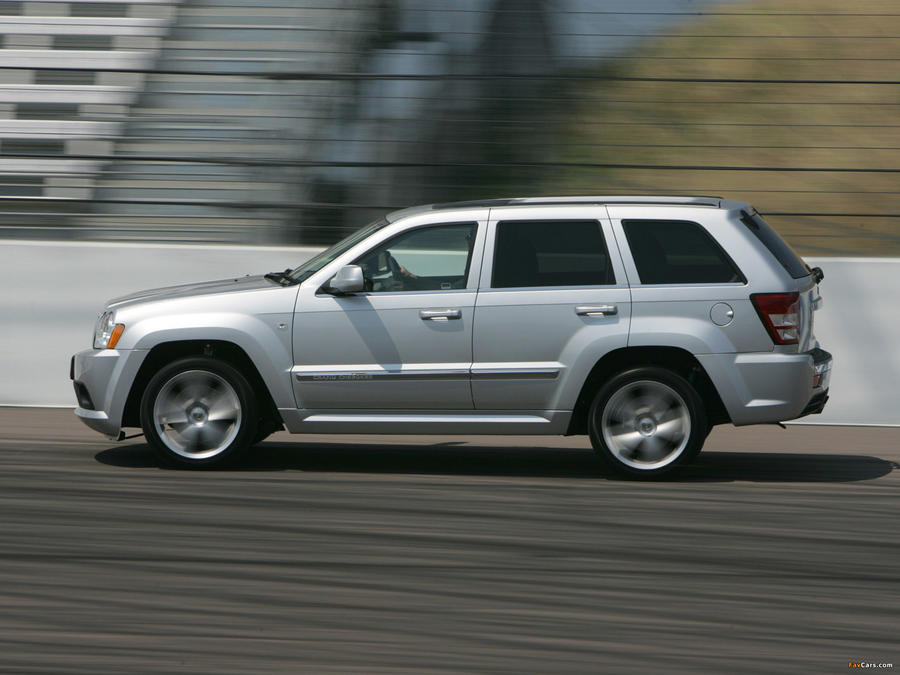 Nick Peace, Ring Road Jeep: “I’ve owned a few Grand Cherokees, including a 5.7 Hemi, but for the past 12 months I’ve been at the wheel of a seven-seat Commander 3.0 CRDi. Based on the Grand Cherokee, it’s practical, spacious and reliable. It’s well-equipped, too: there’s air-con in the rear, for example. It does 35mpg on a cruise and 20mpg around town. The build quality is good. Even though it’s done over 100,000 miles and is 13 years old, it still feels reasonably tight. And there’s not a speck of rust, either.”

■ Engine: Petrol engines thrive on 5W-20 or even 0W-20 oil, so check this has been a V8’s regular diet. On post-2009 CRD engines, look for oil cooler leaks caused by worn seals. Repair requires removal of the inlet manifold and turbo, costing around £1200. Oil can also leak from the sump and from the oil temperature sender. Listen and smell for V8s leaking gases from the exhaust manifold.

■ Running gear: Listen for the back axle whining. It needs fresh oil and a filter every 35,000 miles but this can be overlooked; it’s around £800 to fix. A transmission warning light may indicate a sticky transfer box. It’s caused by the electric motor jamming through lack of use. It can be reset and regular low-range engagement should keep it free. Check the case itself for oil leaks. Scroll through all the gearbox changes, checking they’re smooth and engage without jolting.

■ Suspension and steering: Ball joints in the front upper and lower wishbones wear, so listen for clonks on bad roads. Lower front wishbone replacement costs £200 per side. Shock absorbers last around 120,000 miles. Noises as the steering turns could be the power steering pump.

■ Body: Check the underside for off-roading damage and rear crossmembers for towing strain (metal deformation or cracks). Inspect the door handles for cracks and be sure the struts still support the bonnet and tailgate. 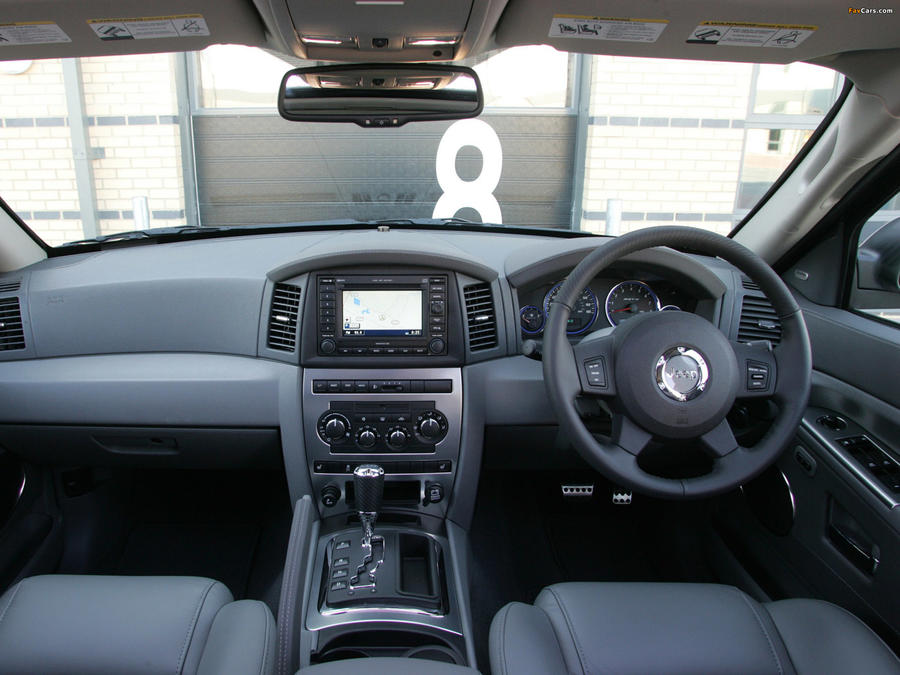 ■ Interior: Be sure all features work, including the air-con. Feel for damp in the footwells and boot floor from tired window seals.

The swirl port actuator on the 3.0 CRD engine can play up. The first you’ll know of it is a dashboard warning light before the car goes into limp home mode. It’s caused by oil dripping from the turbo hose above it. Jeep fitted a better hose with a tighter seal but the problem can reoccur. A good solution is to bypass the actuator with an emulator that makes the ECU believe all is well.

£2500-£3499: Tidier cars and towards the upper price limit, with good or full service histories. Mileages around 120,000. Also includes some high-spec Overlands. 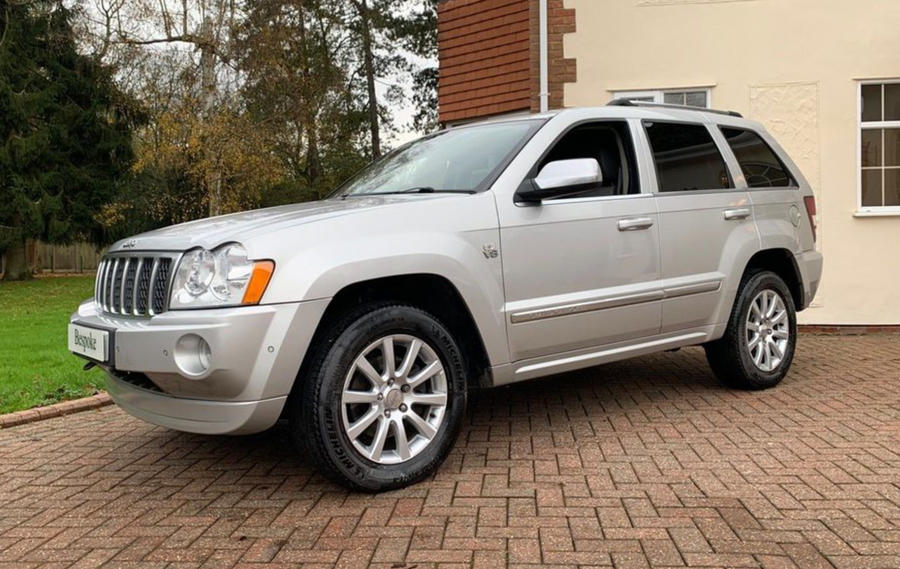 Puts those expensive new Jag and Porsche SUVs to shame