Jeep will launch petrol-electric Renegade and Compass models next year, and the powertrain's full specification has been detailed
Open gallery
Close

Jeep has revealed details of a powerful plug-in hybrid version of the Renegade SUV, set to go on sale in June 2020.

Revealing the Jeep Renegade PHEV in cutaway form, Jeep’s Head of Product Marketing Marco Pigozzi said the company intended for the new model ‘to sell in volume’ and, to that end, the Renegade PHEV would be priced ‘aggressively’.

The new car is substantially based on today’s Renegade, with the most major change being the addition of a 134bhp rear-mounted electric motor, mounted on a modified version of the AWD Renegade’s rear subframe. 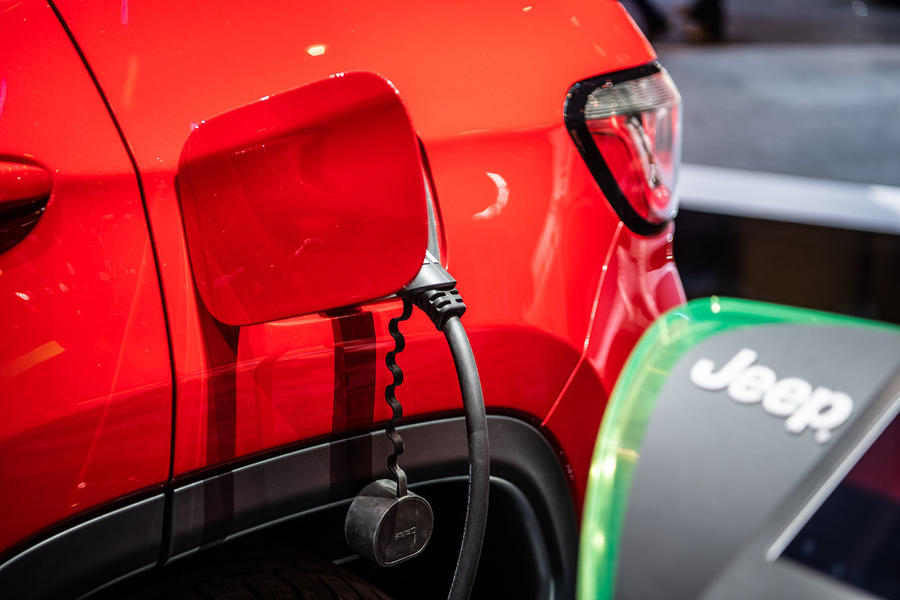 The battery - which will be good for an EV range of 31 miles at up to 81mph in ideal conditions - has been mounted in the floorpan’s centre tunnel and also takes up some space under the rear seat. The fuel tank - also under the rear seat - has been squeezed down to a capacity of 39-litres.

Under the bonnet, the 177bhp four-cylinder turbo petrol engine now drives the front wheels through a six-speed automatic ‘box (in place of the standard nine-speed unit). The engine also gains a belt-activated generator, which recharges the battery when the car is braking or coasting.

The car can run in pure EV mode with electric power sent to the rear wheels, in pure petrol mode with drive to the front wheels and as a petrol hybrid with the generator assisting the engine. In all-wheel drive mode, there’s a total of 237bhp shared between all four wheels, allowing it to achieve a 0-62mph time of around seven seconds. It will also be possible to put the battery on ‘hold’ so it can be used when arriving in city centres at the end of a journey. 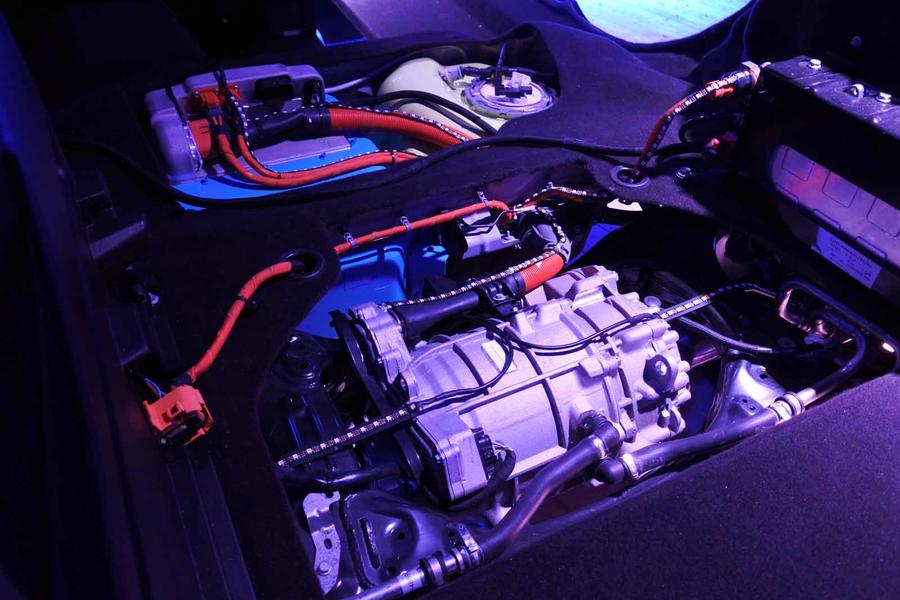 Jeep is also promising a significant improvement in off-road ability because the rear electric motor offers a very precisely controlled 191 lb ft of torque that can be split between each rear wheel. There will also be a ‘TrailRated’ version of this Renegade that will be able to wade through water that's up to 60cm deep.

Pigozzi says that the intention was to create this plug-in version without compromising interior room and that no space has been lost in the rear cabin, while the boot floor did not need to be raised. The main change was the loss of 15 litres in the boot because some of the electronic control systems are mounted on the boot wall.

Interestingly, this PHEV only weighs 120kg more than the diesel Renegade, an important factory when considering high-speed economy. The Renegade PHEV will be launched in early 2020, with the electrified Jeep Compass due to follow that summer to coincide with its production switching from Mexico to Italy.

I assume this will be thesame set-up that will be used in the Alfa Tonale given that much hurrah was made about a PHEV version of that?

Priced aggressively? I can

Priced aggressively? I can only imagine this being expensive. That weight penalty isn't too bad, surprised they went for high power/performance, I'd have thought an eco version before hot ish version, ie mated to a smaller less powerful engine.
Aussierob 13 December 2019

Weight has an adverse affect economy during acceleration and in a positive way under regenerative deceleration (more energy to recover) Just not at constant speed, other than an infinitesimally small effect on rolling resistance from the tyres.

What interests me about this article is why you can't simply add the power from the ICE engine to that of the electric motor to realise 311 hp.

I get that you can't do that when both motors are working on the same axle, but not in this case.