The Mk1 Focus RS is a modern classic hot hatch with a solid reputation and prices within reach of the common man (or woman). We take a closer look
Share
Open gallery
Close
Share story

Some cars require years of dogged marketing to establish themselves, but the Ford Focus RS Mk1 did so in little more than 12 months and 4501 copies. Today, 18 years after it was launched in 2002, it is regarded as a modern classic.

The RS Mk1 has an impressive specification, major highlights being a supremely flexible turbocharged 2.0-litre engine producing 212bhp at a heady 5500rpm but 229lb ft at 3500rpm, a front-mounted Quaife differential for secure, front-wheel-drive cornering and a close-ratio five-speed gearbox. Other notable features include a faster steering rack than the standard Focus, lowered and stiffened suspension, lightweight alloys, a wider track and a bodykit.

Open the door and that’s a Sparco-spangled interior you’re looking at, right down to the aluminium pedals. The centre console features an aluminium plate bearing the car’s build number, and don’t waste your time looking for an RS in any colour other than Imperial Blue, because it doesn’t exist.

Specialists we spoke to were full of praise for the reliability of the RS’s engine and gearbox. Back in the day, owners were split on the matter of the Quaife diff – or Quaife Torque Biasing Differential, to give it its proper name – which, at least on early models, allows the steering wheel to writhe alarmingly in the hands. Even just pulling out of a junction with a touch more throttle than usual is enough to set it off, but the upside is a level of traction in corners that is frankly remarkable. The turbo feels boosty in the way old-gen blowers do, but it and the diff are key to creating that sense of rawness that makes the RS so appealing. The point is that unless you know this is how a healthy one should feel, you might think there’s something wrong with the example you’re testing.

When you get back from your test drive and your heart rate slows, you should park the smile, get on your hands and knees and check the sills for rust. It’s caused by water trapped between the well-anchored sill covers and the body and it can be a devil to spot. Check for body repairs, too. The RS is a grippy device but the back end can suddenly become unstuck as the limits of adhesion approach. Use a magnet to check for filler.

Most of the model’s body parts and mechanicals were unique to the RS. The car cost less than £20,000 when new, or about what you’ll pay today for a really good, low-mileage example. It makes you wonder how Ford ever made any money out of it. Whatever – we’re just happy that you can still find decent ones for less than £9000. They won’t be around at this money for much longer, so grab one before it’s too late.

Chris Hutchings, Mores Motor Company: “I used to rally cars and the RS Mk1 reminds me of those years. The ride is unforgiving and the Quaife diff is pretty crude. The engine is terrific: placid in traffic but picks up beautifully. In many ways it feels almost current. If I had a long drive in prospect I’d take a Mk2 with its torquier five-cylinder engine, but for a blast down a favourite road it would be a Mk1 every time. Rust is the big problem now, especially behind the sill covers. People are afraid to remove them for fear of damaging them but you should sneak a peek behind and check all is well.” 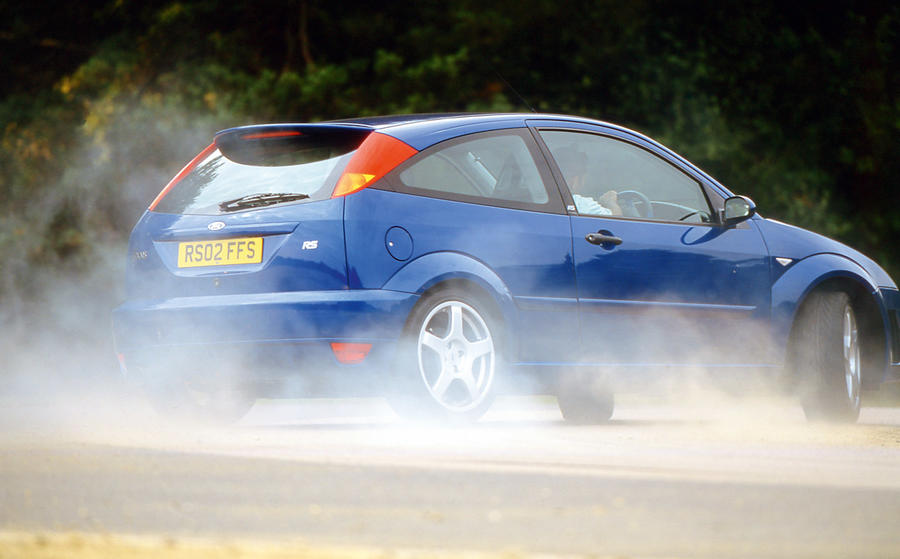 ■ Engine: If the car has stood idle for some time and power is down, suspect the charge cooler. Oil leaks are rare but as a result the sump cover can corrode, so check its condition. If there’s any doubt when the timing belt and water pump were changed, replace them. Inspect the turbo-to-thermostat connection for coolant leaks.

■ Transmission: The Quaife diff is a crude but effective affair on early cars that has the steering wheel writhing in your hands, even pulling out of a junction sharply. It was refined on later modes.

■ Brakes, wheels and suspension: The front, four-piston Brembo calipers generally need rebuilding after 70,000 miles. Rears are standard Ford items so not expensive. Stone guards take a hammering. Feel for worn shocks and tired bushes. The 18in OZ alloys are unique to the RS so you don’t want to see serious kerb damage.

■ Body: Rust is becoming an issue. The sills and the bottoms of the front wings suffer worst, as do front and rear subframes, but they’re a simple replacement. Body panels are hard to source so beware serious panel damage. 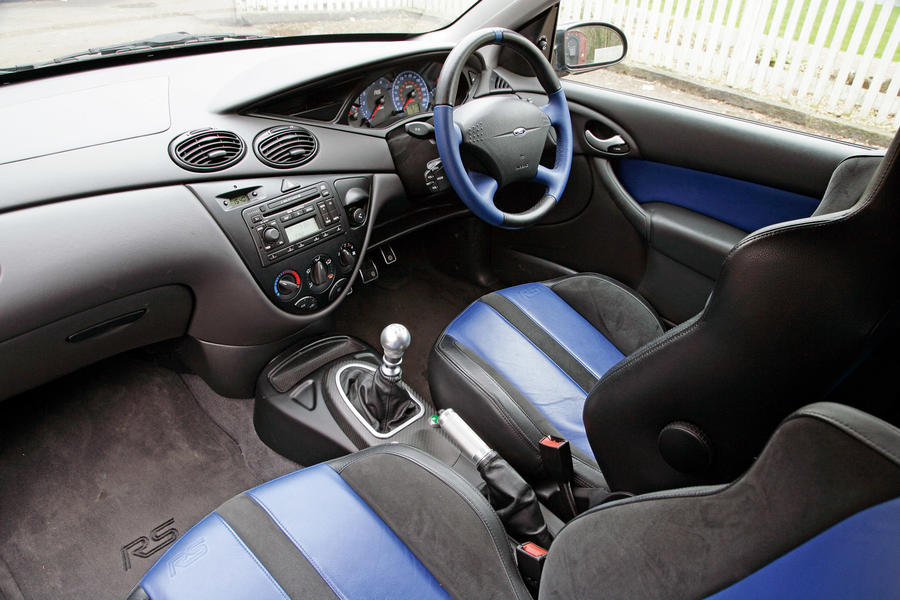 ■ Interior: The RS has seats, alloy pedals and handbrake from Sparco, while the centre console is genuine carbonfibre with a green push button. Anything less and it isn’t an RS. There’s no water temperature gauge. Check the condition of the Alcantara and leather trim; the latter may be in need of a good feed by now.

If you’re looking to make a bit of money on your RS, apart from ensuring it’s up to scratch make sure it has the original RS-embossed mats and leather booklet wallet. Doubtless they’ve gone missing, but they do pop up on eBay at around £150 for the wallet and £250 for the mats. 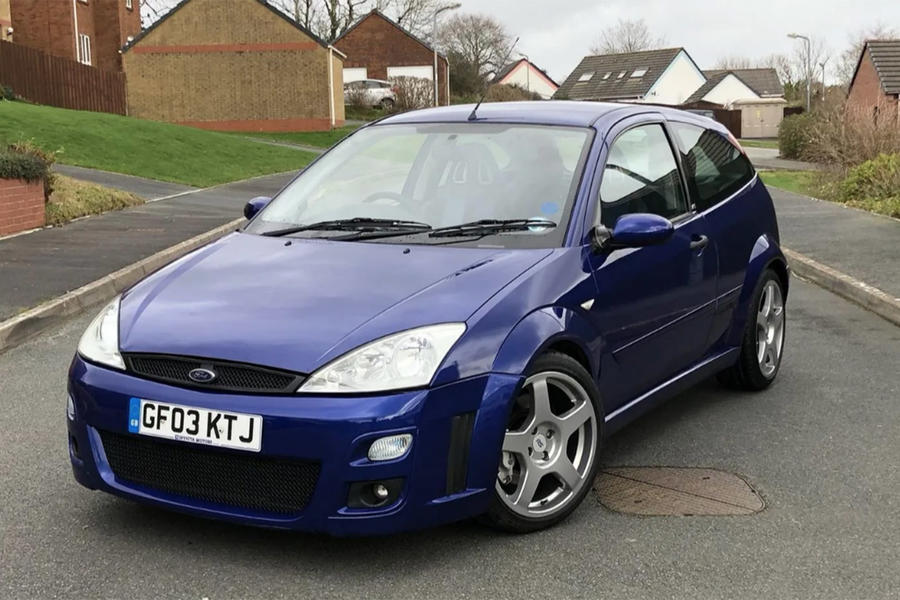 Is that Chris Harris gaining

Is that Chris Harris gaining air in the first pic ?

I d be really careful buying one - Fords from this era rust faster than you can say "iron oxide".

One of the few true performance cars that can still be run and repaired on a shoestring, relatively speaking.    Even the all important rusty sills wouldn't cost much or tax a DIY'er.