Roadsters like the previous-gen Z4 can be among the most enjoyable cars, whether you want to relax or take it to the max
Open gallery
Close

Retractable hardtops have largely gone out of fashion with sports car manufacturers, the reason being that the weight penalty of such a complex mechanism is not conducive to engaging dynamics.

That’s a shame, really, because such an option allows you to switch at will between coupé and cabriolet yet suffer none of the noise or fragility penalties of a regular soft-top. This was demonstrated perfectly by the previous BMW Z4, which succeeded both roadster and fixed-roof models.

Happily, this model, codenamed E89 and produced between 2009 and 2016, maintains a strong showing on the second-hand market, and buying one need not make you blow your top.

The Z4 is an enticing prospect as an all-weather sports car, and its diverse array of drivetrains serves to enhance its appeal. There was no all-guns-blazing Z4 M this time, but pleasingly potent straight-six options came in the form of the 204bhp sDrive23i, the 258bhp sDrive30i, the 306bhp sDrive35i and the top-rung sDrive35iS, which made a Porsche Boxster-rivalling 335bhp so could send the Z4 from 0-62mph in 4.8sec.

However, the Z4 is equally at home as a relaxed Sunday driver, and it can be had with less demanding 2.0-litre four-cylinder powertrains, ranging in output from 152bhp to 238bhp.

You might consider buying a BMW sports car with a turbo four nothing short of a sin, but if you plan on using a Z4 daily – which you no doubt could do – these slightly more frugal four-bangers will let you pass more petrol stations, albeit while emitting a somewhat less attractive engine note. 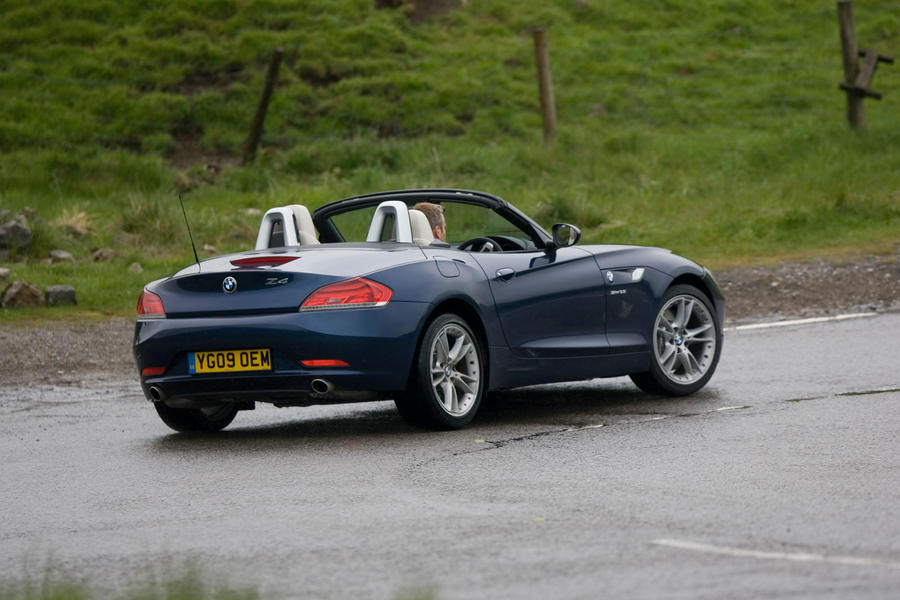 As for the Z4’s party piece, the roof could be raised or lowered in 20 seconds – a feat that you should ensure is still possible with any potential purchase. Trouble here isn’t to be trifled with: dodgy sensors and inaccurate parameters can cause all sorts of issues, potentially leaving you top-down in the rain and with a sizeable repair bill on the cards.

Find a good example, though, and the Z4 is a thoroughly usable sports car with a decent-sized boot (aftermarket luggage racks can be found from around £200 if you ever have big loads to lug), palatable fuel economy and a wealth of support.

Facebook pages and forums dedicated specifically to the E89- generation Z4 are gold mines of information on the model’s most common failures and how to rectify them, while replacement parts aren’t prohibitively expensive, particularly if you’re willing to trawl scrapyards.

A long and recent production run plus a wide range of specifications mean there’s a Z4 for most budgets: prices start at about £7500 for early 2.0-litre cars, usually with more than 100,000 miles on the clock, and climb to the high-£20,000s for run-out range-toppers. Pick your poison and drink it before this model starts disappearing from our roads.

“There’s no need to avoid any engines: it all depends on what you want the car for. The sDrive35i with the N54 engine offers strong performance but suffers from injector and fuel pump issues.

The newer N20 turbocharged 2.0-litre engine gives good economy and up to 270bhp when you map it but suffers timing chain issues. The sDrive23i and sDrive30i have the N52 engine, which is older but more reliable.”

Engine: Expect a maximum of 41mpg from well-kept entry-level cars and around 30mpg from the range-topping six-pots. Lots of companies offer ECU tuning for substantial power gains on all engines, but read plenty of reviews to check reputability, ask to see all relevant paperwork and notify your insurer of any such modifications. A professional pre-purchase inspection will scan the ECU for details of any work that has been carried out. 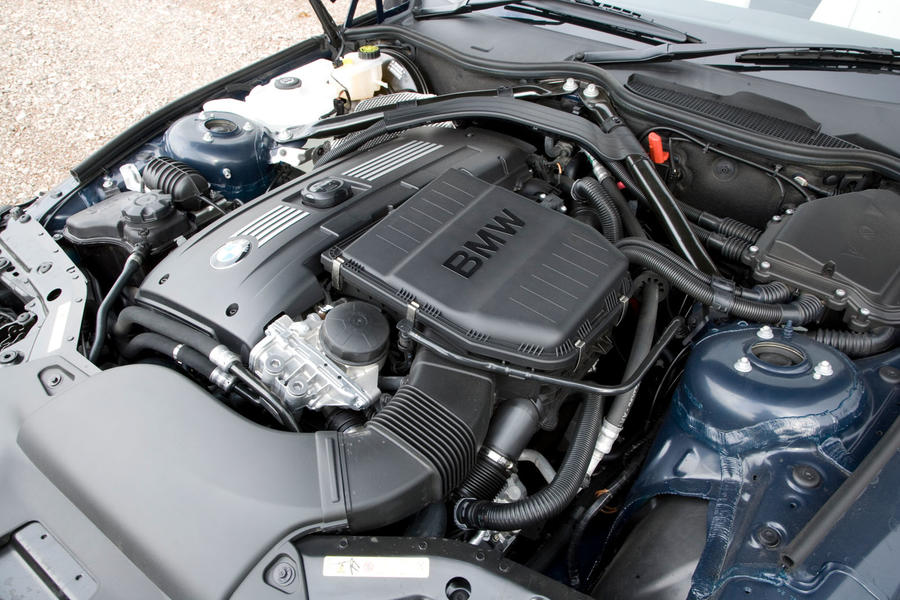 Bodywork: The scary-looking roof mechanism was built to last and shouldn’t cause any undue hassle, provided the car has been maintained. Any overhead noise on rough surfaces can often be rectified with lubricant and sound-deadening material. Brake light seals can deteriorate and allow water ingress, but more serious would be moisture around the roof mechanism and battery.

Interior: The firm ride experienced across the Z4 line-up can cause trim in the cabin to rattle – an issue that will be most prevalent on earlier, higher-mileage cars. Taller drivers might want to consider an automatic gearbox, because seat travel is limited, making the clutch pedal difficult to operate. Audiophiles may be disappointed by the efforts of the standard stereo.

Wheels: The 10-spoke, 19in alloys often crack and then gradually let air out of the tyres. This will be hard to check for on a test drive, but consider setting aside £500 for an emergency replacement set (they will add value at resale) and check your tyre pressures regularly.

Also worth knowing: BMW’s N54 straight-six engine was the subject of a high-profile class-action lawsuit in the US after it emerged that failure of the high-pressure fuel pump (HPFP) would cause the car to come to a halt without warning. The problem also affected UK cars, but most pumps were replaced with sturdier items early in the Z4’s life cycle. It’s still worth seeing how long the N54 engine takes to start, both when warm and cold, and checking for any lumpiness under acceleration. 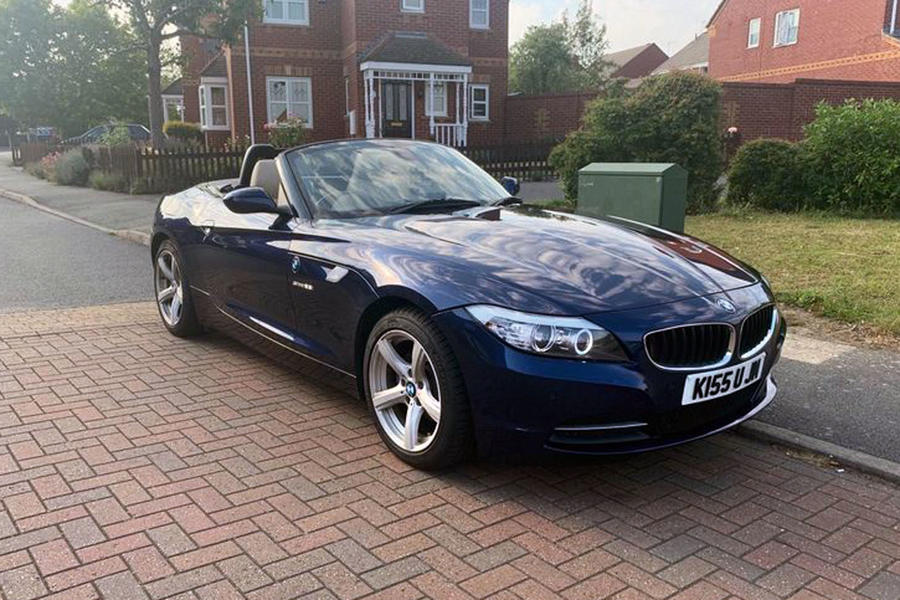 BMW Z4 sDrive23i, 2010/10-reg, 69K miles, £9500: Zhaotong Li is selling his own sDrive23i, which has just been given a clean bill of health by a BMW dealership and has a comprehensive service history. It also comes with new Michelin tyres, a fresh MOT certificate and a raft of niceties including front and rear parking sensors, heated seats and electric mirrors.

2019 BMW Z4: revived roadster faster than an M2 around the Nurburgring

Why the new BMW Z4 matters

They've got the looks -

But that's it. A friend had a 2.5, he brought it round to show me and I took it out for a spin.
I hadn't the heart to tell him that I thought the ride, acceleration, steering, engine and general driving experience were just woeful.
If you choose one of these over a Boxster or MX-5 you need your medication reviewing.
xxxx 31 August 2020

Not if you want to put the roof down, friend had one and found if you pick up anything from the shops, wanted a day at beach or carry the kids cricket bag to a game you HAD to have the roof up all the time. You can see why folding hard tops are disappearing and it's not because of fashion

Never been convinced, this article did nothing to change that. With Boxsters and Miata's available why would you?