BACK TO ALL NEWS
Currently reading: Buy them before we do: second-hand picks for 23 April
UP NEXT
BMW reveals quad-motor M EV prototype

Buy them before we do: second-hand picks for 23 April

I’ll stick my neck out and assume that showrooms reopened last Monday and, since then, everyone has been seized by the idea of spoiling themselves and buying something outrageous. What could tempt you? How about a McLaren MP4-12C?

As with a used car at any price point, but especially with something as expensive and rarefied as a 12C, details matter. Our find is a later 2012 car with the uprated (616bhp) engine and all the software improvements that the earliest models should have had. Saying that, the modifications were thankfully retrospectively applied by McLaren to earlier cars.

Our 12C has done 40,000 miles, which is more than most, but it has full McLaren service history and just one former keeper. Blue isn’t the most exciting colour, but on the other hand, it’s a rare shade that won’t draw unwanted attention, if that’s possible. 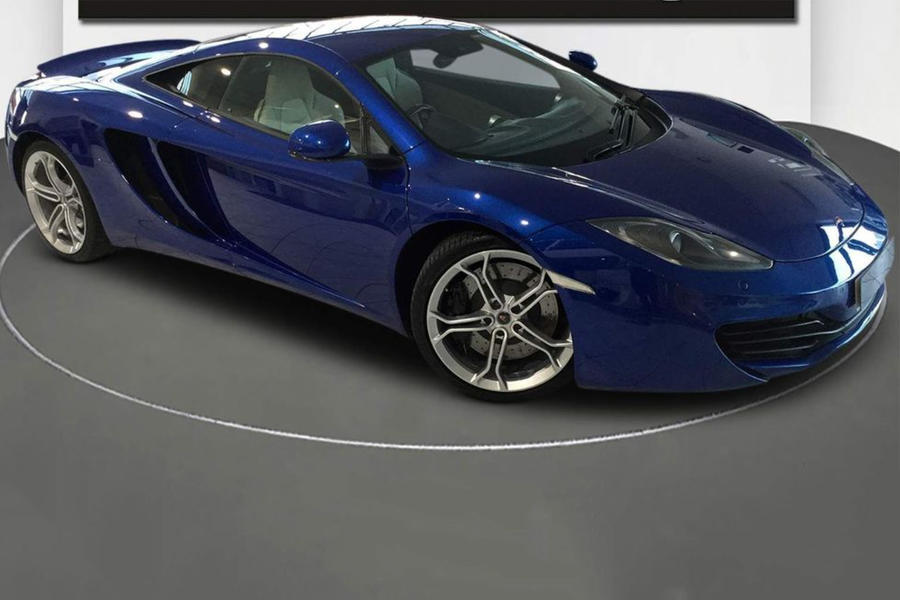 Admittedly, the 12C is shaded by later McLaren models, not least the 720S. However, a 2018 example of one of these will set you back twice as much as our discovery.

If you’re tempted by the idea of owning a 12C, it’s worth checking on your test drive that its warning lights don’t suddenly spring into action. It’s alarming when this happens, but pulling over and restarting the car after a couple of minutes should ensure that they go out and stay out.

Also give the hydraulic suspension a thorough workout: the accumulator can fail, although it’s not expensive to replace – at least in McLaren terms. 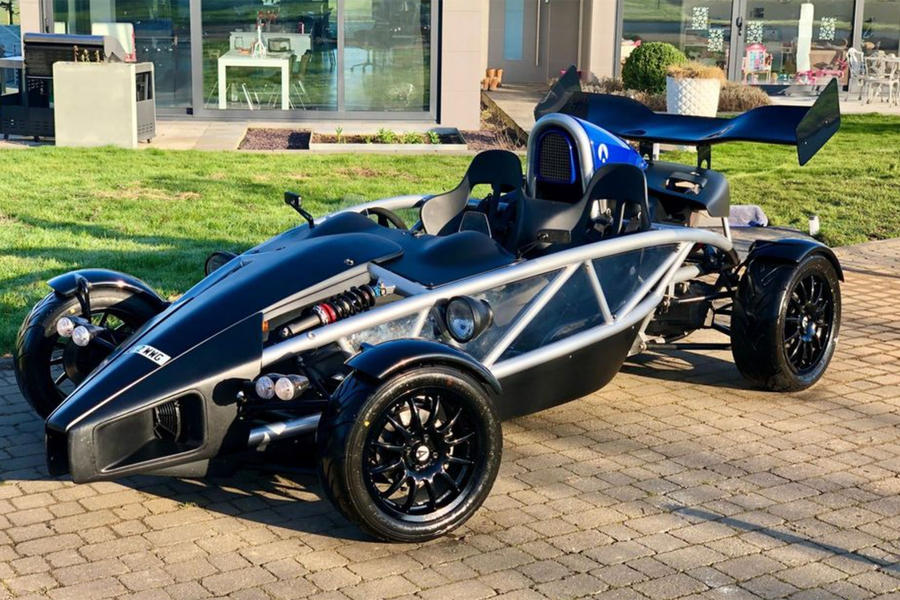 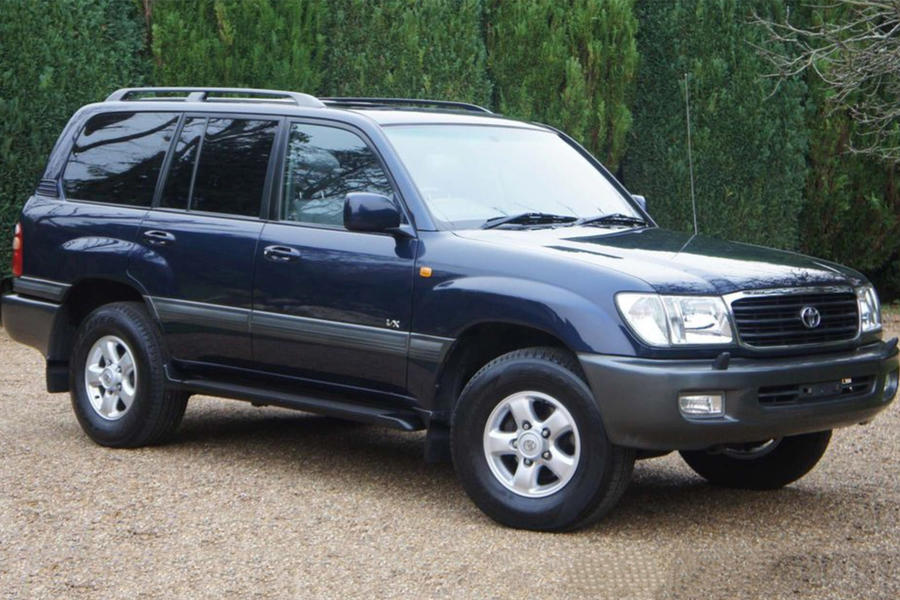 Toyota Land Cruiser Amazon 4.2TD VX £15,990: The Amazon is a bombproof 4x4, so this 2002 example’s 130,000 miles is nothing. It has a good service history and a new cambelt, so just check that the gearbox shifts smoothly, the EGR valve hasn’t been blanked off and it will enter all its suspension settings. 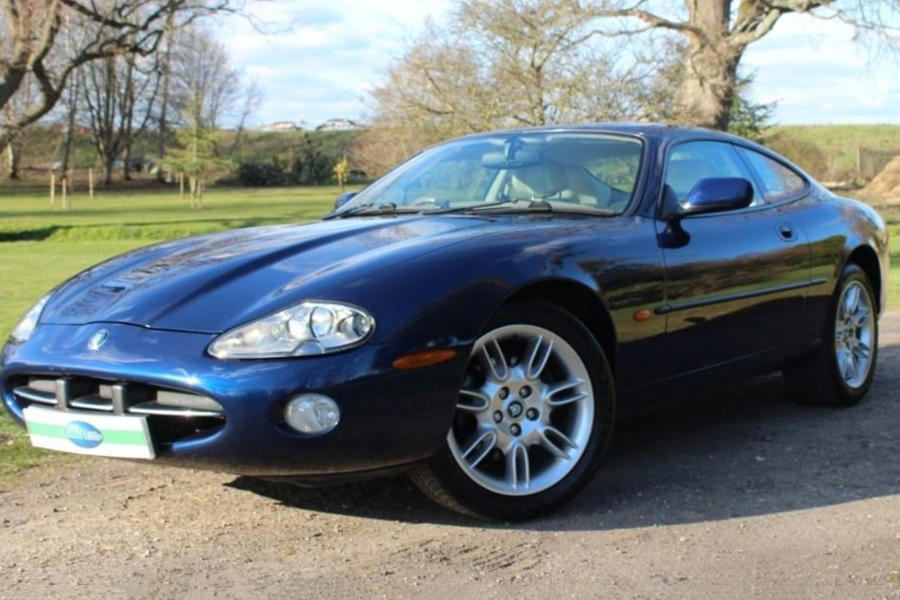 Jaguar XK8 £7995: Old Jaguars never lose their appeal, especially nice XK8s. Finished in Sapphire Blue, this 2002 coupé has done 90,000 miles and has a comprehensive service history. Plus, its previous owner has attended to the common issues with the rear subframe, suspension arms and floor. 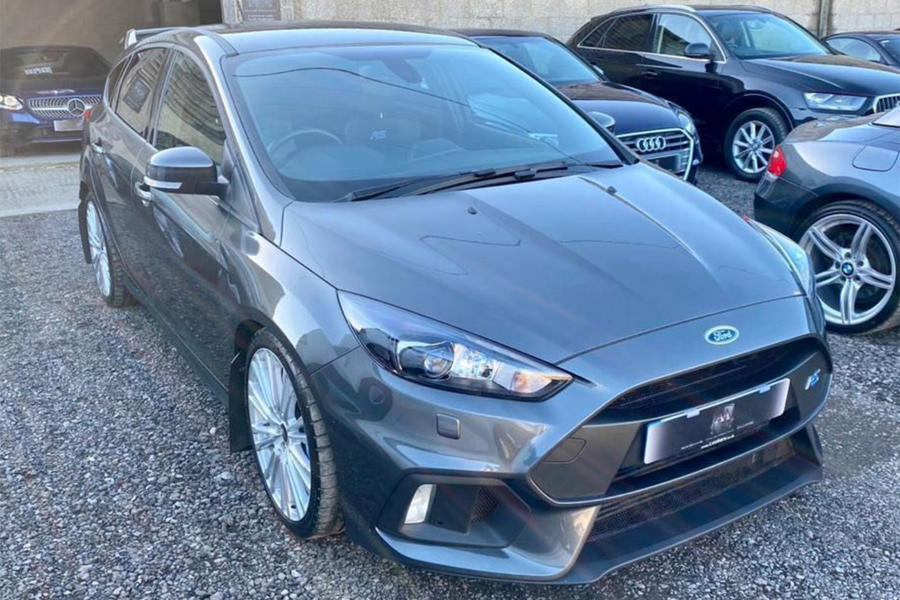 Ford Focus RS Mountune £25,995: It’s certainly outrageous, but this ferociously fast Ford can still be a family workhorse. Our 2016 car has 24,000 miles, one previous keeper and a full Ford service history. It has had a performance upgrade, but that doesn’t worry us, as it’s by Mountune. 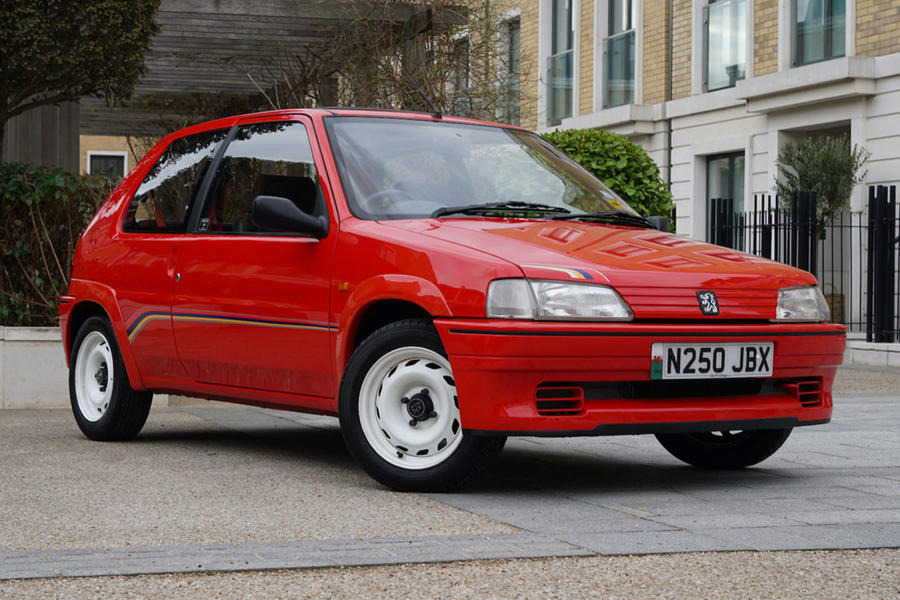 Peugeot 106 Rallye: Who would keep a Peugeot 106 Rallye for 25 years but barely drive it? This 100bhp pocket rocket (that was pretty impressive for a 1.3-litre engine back then) has done just 14,000 miles. It looks pretty in the pictures, and indeed the auction company described it as very clean (trade speak for good condition). The 106 Rallye weighed only 825kg, but all cars were lighter before safety was invented anyway. For example, the 130bhp Peugeot 205 GTi 1.9 was only 50kg heavier. Only 1000 106 Rallyes came to the UK, and by the end of last year, just 117 remained registered. This one made £12,258. 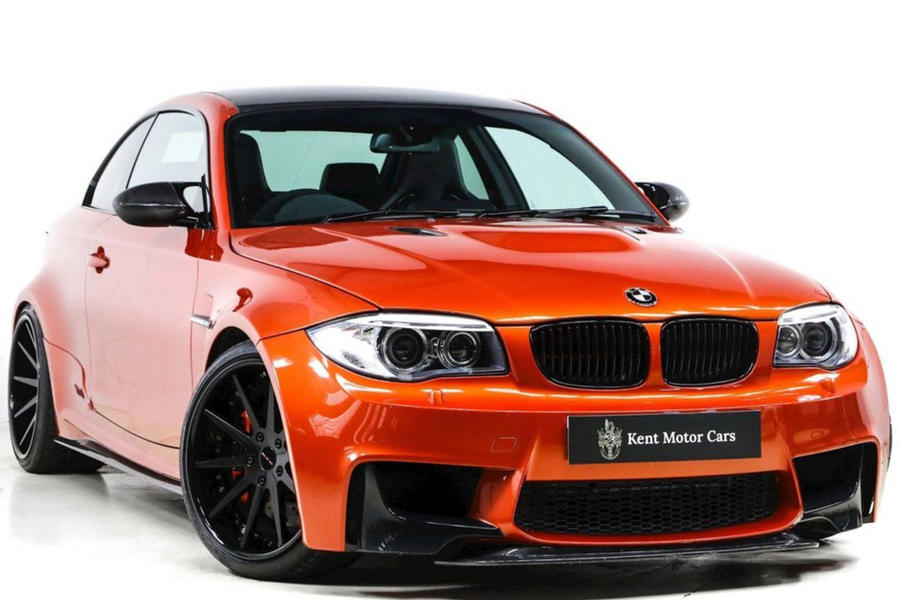 BMW 1 Series M Coupé £54,995: The limited-edition hot coupé version of the 1 Series cost £40,000 when it was new in 2011, so it looks like prices for this classic horse have bolted. There are cheaper ones, albeit no lower than around £35,000, but they tend to have higher mileages, patchy service histories and black or white paint. This model is a lesson in how getting such things right pays off in the long run: our chosen example has Valencia Orange paint, 17,000 miles, a full BMW service history and all the essential kit. It’s a shame that, to preserve its value, it will hardly ever turn a wheel. 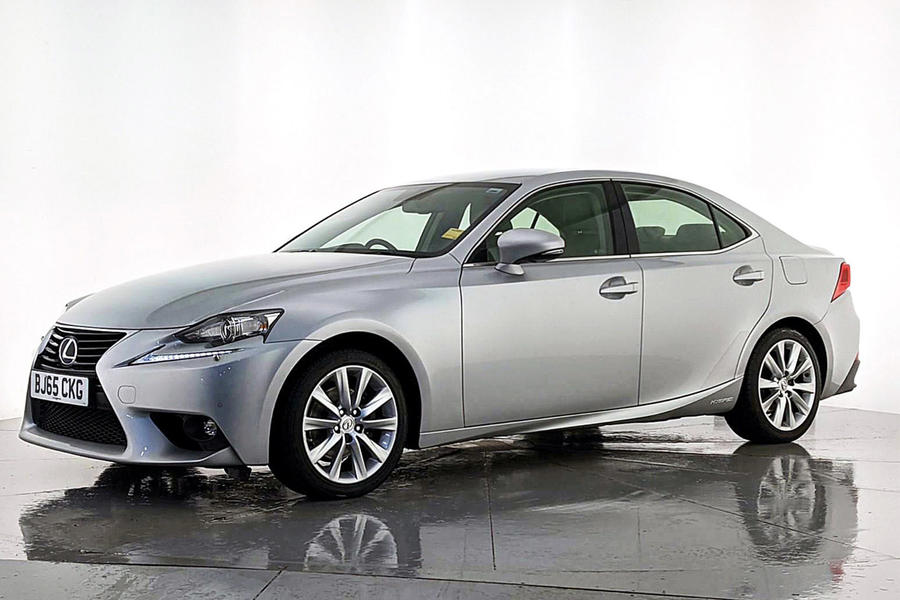 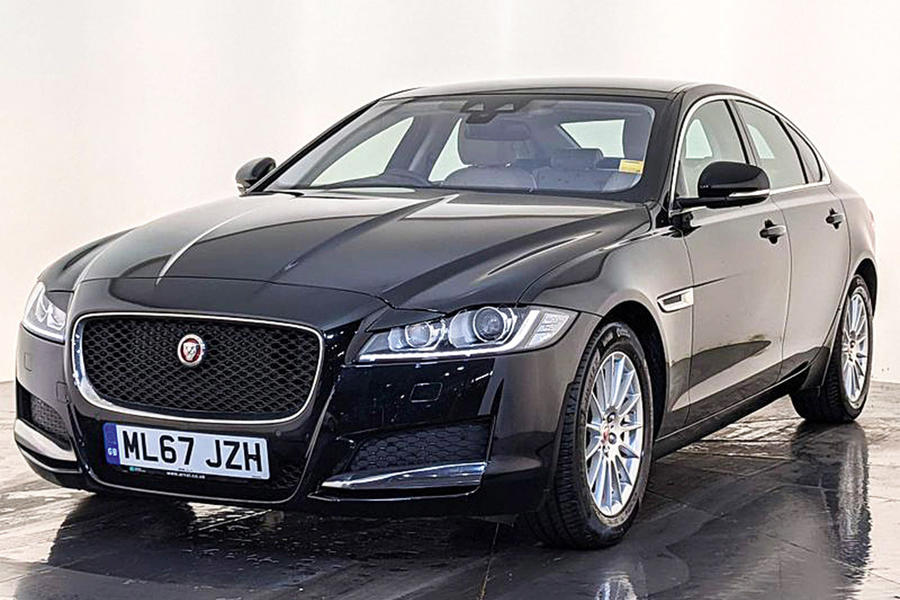 Felix Page: Few brands are as synonymous with bang-up-to-date technology as Lexus and, fortunately for us, few are so afflicted by such steep depreciation curves. Here’s a snazzy saloon that your neighbours will believe is brand new, and with every option ticked, you could probably convince yourself, too.

Max Adams: Steep depreciation? You want the Jaguar XF, mate. Not only that, but also my top-spec Portfolio example is an option-packed special with a 10.0in infotainment screen, full smartphone capabilities, a 360deg camera, automatic parking, a digital instrument display, heated seats all round... and I could go on.

FP: Yes, but there’s not much in the way of modern tech under its bonnet, is there? My Lexus’s refined petrol-electric hybrid powertrain is capable of Toyota Prius-baiting fuel economy figures, whereas your clattering diesel was the reason Autocar awarded the XF four-and-a-half stars instead of the full five.

MA: Your IS got a paltry three-and-a-half. Besides, ICE, electric and even hybrid systems have been employed since cars were invented, so your argument is rather outdated, I’m afraid.

FP: Hmm, I wonder which of our cars will be seen as the more outdated when non-electrically assisted motors are banned from all British city centres?

Verdict: Both are impressive bits of kit, but I’ll take the Lexus.

Is the Artura just what McLaren needed?

Log in or register to post comments
275not599 23 April 2021
I can't think of a criterion less important to me than loadsa tech.