BACK TO ALL NEWS
Currently reading: Series finale: Saying goodbye to the McLaren 570S
UP NEXT
First drive: 2022 BMW XM prototype

McLaren’s Sports Series is taking a bow, and with it goes one of Woking’s finest creations. We takes the 570S for a final drive and wonder how the all-new Artura might take its place
Open gallery
Close

It was a filthy day in November 2015 and I was gatecrashing an Autocar group test: I’d heard the boys were roaming around Wales in four fast cars so I offered to meet them “so I can drive the tracking car”. That’s the vehicle from which the photographer dangles while taking a picture of all the cars in the test driving in formation behind. The subject of the test was the then new Audi R8, which we’d put up against the Aston V12 Vantage S and Porsche 911 Turbo S. The Audi got its arse kicked.

But it was the fourth car that won, and it was the fourth car that lay behind my apparently generous offer of assistance: the McLaren 570S. Explaining its victory over such stellar opposition, Matt Saunders wrote: “It pulls the rug out from underneath the fully fledged, £200,000- plus thoroughbred mid-engined exotic. ‘Anything you can do,’ it says, ‘I can do better.’ And cheaper – although you can whisper that last bit if you like.”

When the final frames had been shot, I asked if I could take it back along the road – a swooping, soaring slick of Tarmac, 10 miles out, 10 miles back. It didn’t take long. But in those few minutes, I saw not only what a McLaren could do as a car but also where McLaren could be as a company: lighter, faster, more engaging and just plain better than anything else to which it might be compared. Cheaper, too. I was absolutely knocked out by that car. 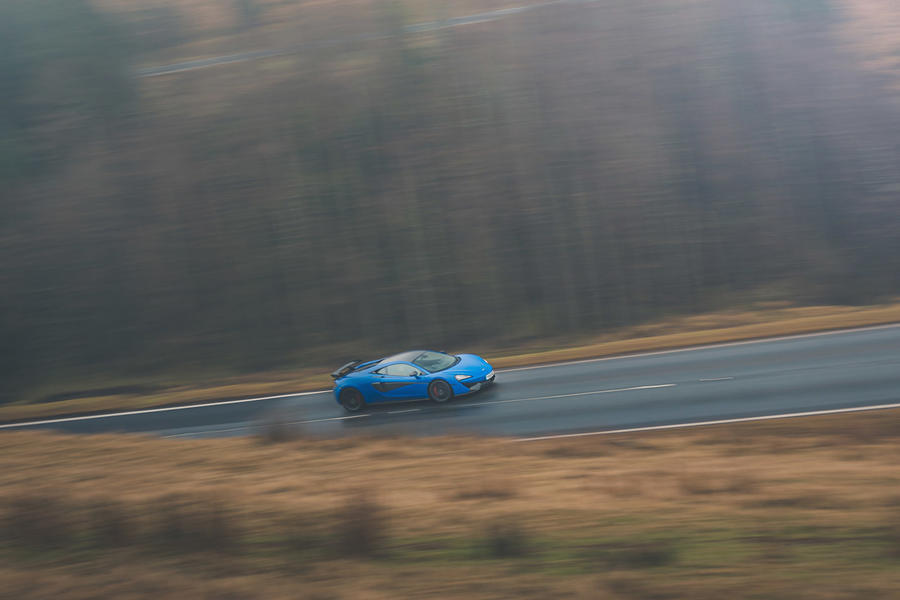 More than five years later, I still am. Charged with coming up with some kind of valedictory for the 570S and the entire Sports Series it spawned, I borrowed a car from McLaren’s heritage fleet and headed back to exactly that road, to repeat precisely the same drive, even down to the car parks at either end in which I turned around. And there was not one thing about the way that car got down that road that made me think it’s in urgent need of replacement.

It still felt crazily fast – as fast as you’d ever want to go in public and quite a lot faster besides. It was still one of the best-damped road cars I’ve driven, but above all it was the feel that singled it out, a factor of its lightness, structural stiffness, suspension geometry and hydraulic steering. It was so involving, more like a Lotus Elise turned up until the knob breaks off in your hand than any kind of conventional supercar.

Of course, there are areas in which it does now feel old. The interior is less plush than you’d want these days from a car with a substantial six-figure price tag, and the IRIS infotainment system is a joke – and although part of me is sad to say it, there’s no question that this stuff matters now, and increasingly so.

Yet you cannot quibble with the concept, and this is why the Sports Series was, is and will always be important to McLaren. When we look back a generation from now, it will be as was the Elan to Lotus, the DB2 to Aston and the XK120 to Jaguar. None of these was their creator’s first car, but all are the cars that set the template and, in many ways, define at best how we see those companies today, and at worst how we would like them to be seen. If at some stage McLaren loses its way and wants to recapture its magic, all it will need to do will be to pull the dust covers off a 570S and go for a blast. 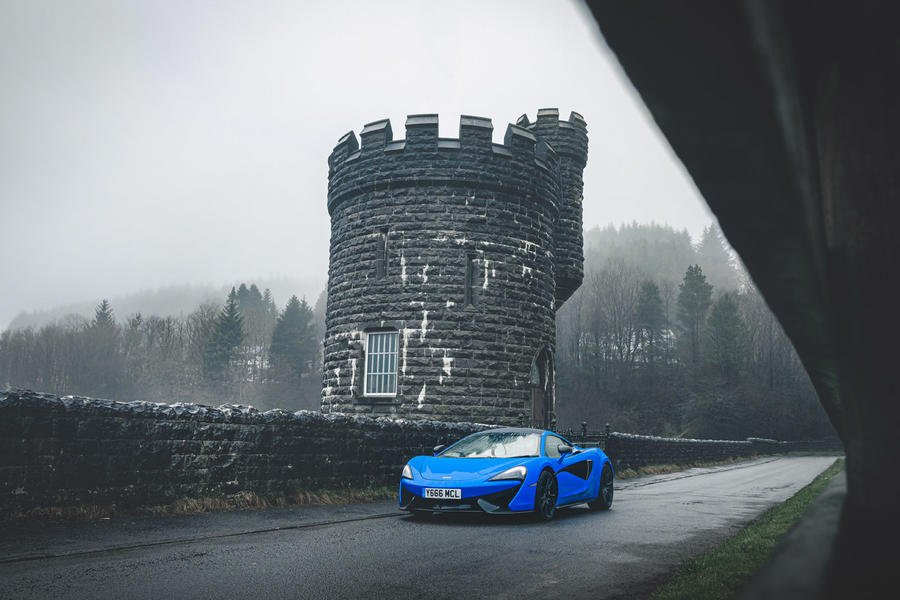 So wherein lies the magic? The basics are obvious: keep it light. In that group test conducted in 2015, the 570S was more than 200kg lighter than the next lightest car, and over 300kg lighter than the heaviest. The circle of virtue this precipitates is clear even in details such as tyre size: the 570S was surely the grippiest car there, yet front and rear it had the narrowest tyres of all. Which meant less pollution of the steering and better feel through its rim.

Next, keep it stiff. It was also the only car present to have a carbonfibre tub and therefore a near enough impregnable platform from which its suspension could work. And you feel the effect of that everywhere: precision, grip, ride, feel, you name it.

Now make sure the driver can see out of the damn thing. A simple point but too easily ignored. The 570S’s glasshouse makes you feel like you’re sitting in a goldfish bowl, and this is important – no, crucial – because unless you can see clearly all around the car, you can’t place it accurately. There’s nothing more likely to torpedo your confidence than a wide, low, expensive car capable of hitting 62mph from rest in 3.2sec and not being able to see out of it. And a fast car in which you have no confidence is at best a frustrating disappointment, at worst a menace.

The details are important, too. A steering wheel awash with switches and dials may look very F1, but the only reason F1 cars are like that is that they don’t have dashboards. Road cars have no such excuse. An uncluttered wheel that just steers the car is simpler, easier and better. Clear instruments are important too, and the McLaren’s TFT clocks are still outstanding in this regard. 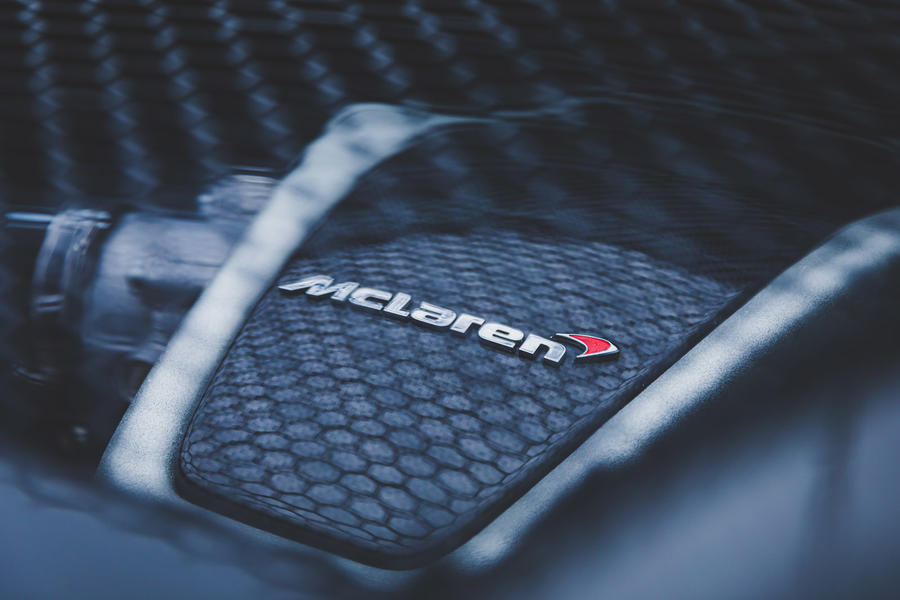 The only key area in which it’s feeling its age is the engine. I wish it could howl like a normally aspirated V12 but accept that turbocharging brings weight and power advantages to a low-mass car such as this, making forced induction the obvious choice. I’ve even grown to like the sound it makes. But it does have too much lag, far more than Ferrari’s similarly configured motor, so it’s not as if it’s not possible.

That’s about it, though, and as to-do lists go, it’s not much for the new Artura to address. We just need to remember it’s not a direct replacement for the 570S because the Sports Series no longer exists. In future, McLaren will make supercars, hypercars and GTs.

So what can we expect? Well, the lag issue will disappear because the Artura’s new V6 has an electric motor attached that will fill in the gaps just as it did in the P1 and Speedtail. It’s bound to be more powerful, too. We can expect the Artura still to be uncommonly light because it will have a carbonfibre structure and lightweighting is not just an aspiration in Woking but an integral part of the culture. But as light as the 570S? With the hybrid motor and batteries? There’s just no way. If it’s within 100kg it will be impressive. 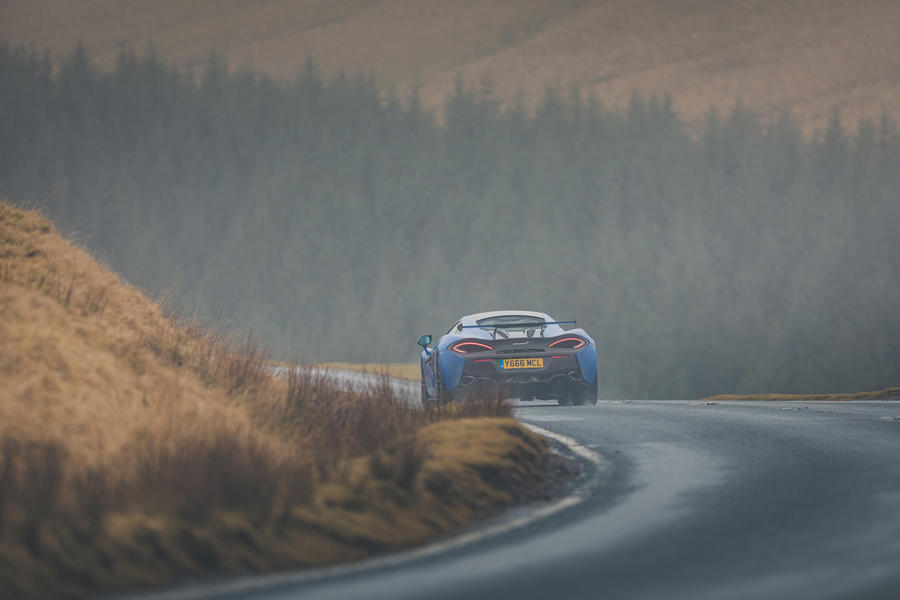 More than anything, the Artura simply needs to retain that love of the open road and be a car not for posers but for those who simply love driving. That is who the 570S is for, pure and simple. If the Artura is too, it will get my vote.

The Sports Series line-up (and how much they cost now)

600LT, £125,000 (2019, 3000 miles): A brilliantly judged car that works equally well on road and track. Values suffered from McLaren refusing to say how many they were going to build, making it fantastic value in coupé or Spider form.

620R, £250,000 (list price new): The run-out, 225-off Sports Series special. In some ways closer to a racing car than a Senna, right down to the optional slick tyres that are available for it. Amazing on the track, hard work on the road.

The men who made the McLaren F1