BACK TO ALL NEWS
Currently reading: Nearly new buying guide: Suzuki Swift
UP NEXT
New 2023 Audi A4 Avant undergoes tests in the Alps

A characterful, fun-to-drive supermini for £7500? We take a closer look
Open gallery
Close

Good things come in small packages, they say – and the Suzuki Swift has for a number of years been a case in point. Today’s third generation version continues the long-standing Swift themes of being fun to drive and budget friendly and it throws the option of hybrid technology into the mix, so it’s well worth considering as a used buy.

As well as giving the Swift a total redesign for the Mk3 version, the Japanese firm pulled out all the stops to make sure it was just as dynamic as the previous car, which was widely praised for the way it drove. It helped that the new car was based on a brandnew Heartect platform, which promoted lightness and rigidity.

As a result, the latest Swift weighed 120kg less than its immediate predecessor, at 890kg, when it was launched in 2017. The car was also fine-tuned for our shores, with much of its chassis development completed on UK roads. As a result, its main quality is accurate and direct handling, which, said Suzuki, has been moulded on the Ford Fiesta’s. Bear in mind, though, that the Swift can’t quite match the ride quality of its Ford rival.

Standard kit for the Mk3 was largely improved, too, with 15in wheels, six airbags, electric front windows, a leather steering wheel, air conditioning, a DAB radio with Bluetooth and LED daytime-running lights all included on the opening SZ3 trim.

Step up to SZ-T for 16in alloy wheels, a rear-view camera, foglights, a 7.0in touchscreen and smartphone mirroring via Apple CarPlay and Android Auto.

Capping the range at launch was the SZ5, which adds a 4.2in digital driver’s display, sat-nav and automatic air conditioning. In classic Suzuki fashion, the SZ5 also has a host of safety kit, including automatic emergency braking, lane departure warning, adaptive cruise control and high beam assist. 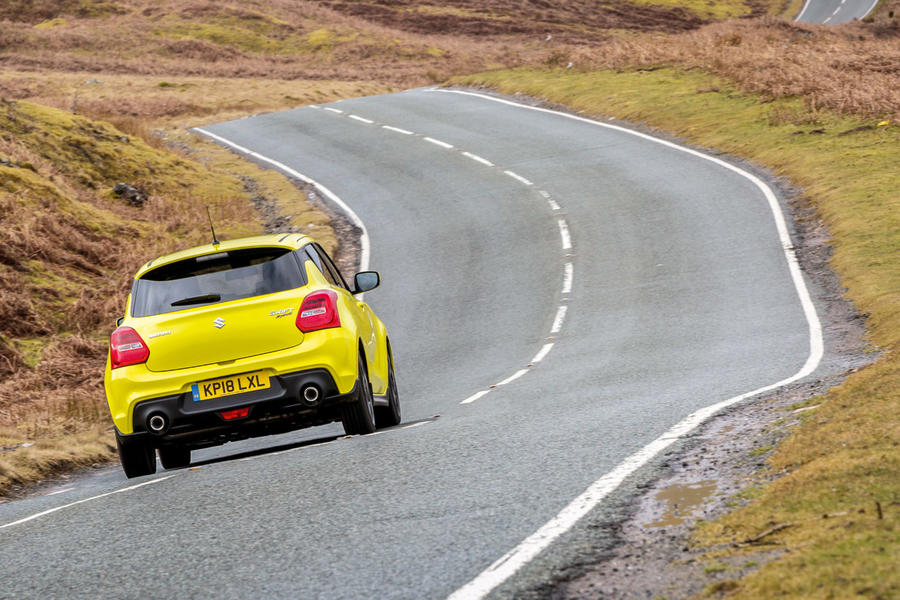 A mid-life overhaul in 2021 subtly updated the Swift’s styling, most notably with a new front grille. Front and rear LED headlights also became standard across the range. The car gained a new SZ-L entryl evel specification, too, with adaptive cruise control, a rear-view camera, a 7.0in touchscreen and 16in wheels included as standard.

Suzuki has also furnished the Mk3 Swift with a range of punchy, efficient engines to suit the car’s new found levels of rigidity – and a warm Swift Sport remains in the line-up.

As for the Swift Sport, it has a 1.4-litre Boosterjet turbo petrol engine and a sportier look courtesy of new front and rear bumpers, dual exhausts and a front chin spoiler. It makes 129bhp and 173lb ft, enough for a 0-62mph sprint time of 9.1sec. It’s the pick of the range if you’re after more progressive in-gear pace.

IT’S CURTAINS: Cars built from 3 February 2017 to 13 February 2019 can suffer a fault where the side curtain airbags and seatbelt pretensioners may deploy if the rear doors are slammed shut. Dealers can fix this for free with a software update.

AIR-CON GLITCH: There are few reliability issues to worry about. Some owners have reported air-con issues to our sibling title What Car? but these were fixed by Suzuki free of charge. 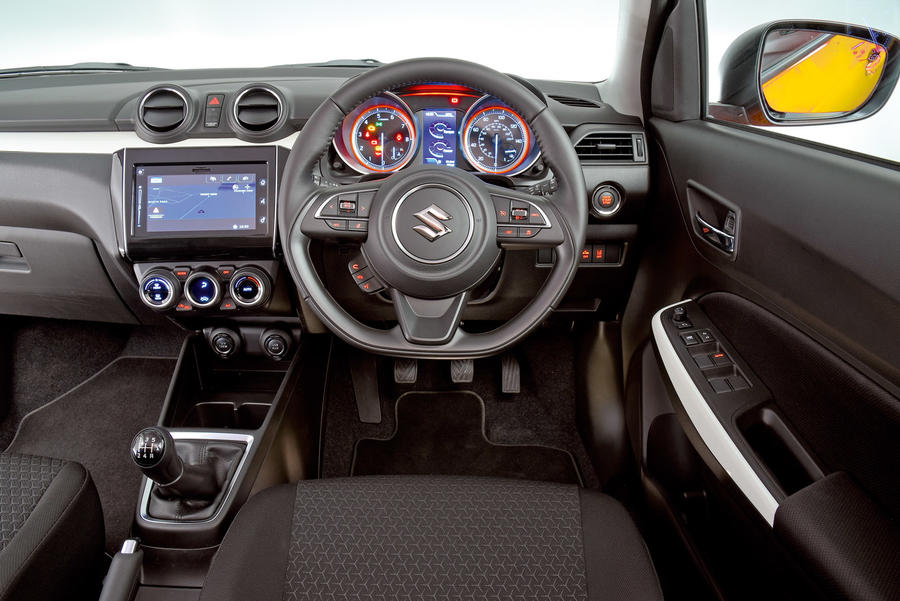 The Swift was ranked the third most reliable small car out of 17 competitors in the 2021 What Car? Reliability Survey, behind the Dacia Sandero and Hyundai i10. Suzuki was third out of 30 brands.

OUR TOP SPEC - SZ-T: The equipment upgrades of the SZ-T are too comprehensive to ignore and it makes up most of the best-value examples on the used market.

OUR ENGINE PICK - 1.0 Boosterjet: The turbocharged 1.0-litre petrol engine is the most flexible around the town and on faster roads, plus it’s abundant among the classified ads.

WILD CARD PICK - SWIFT SPORT 1.4 BOOSTERJET: The Swift’s most powerful guise offers the biggest fun factor, with satisfying performance and reasonable economy. Its claimed economy is a decent 47.1mpg, too. 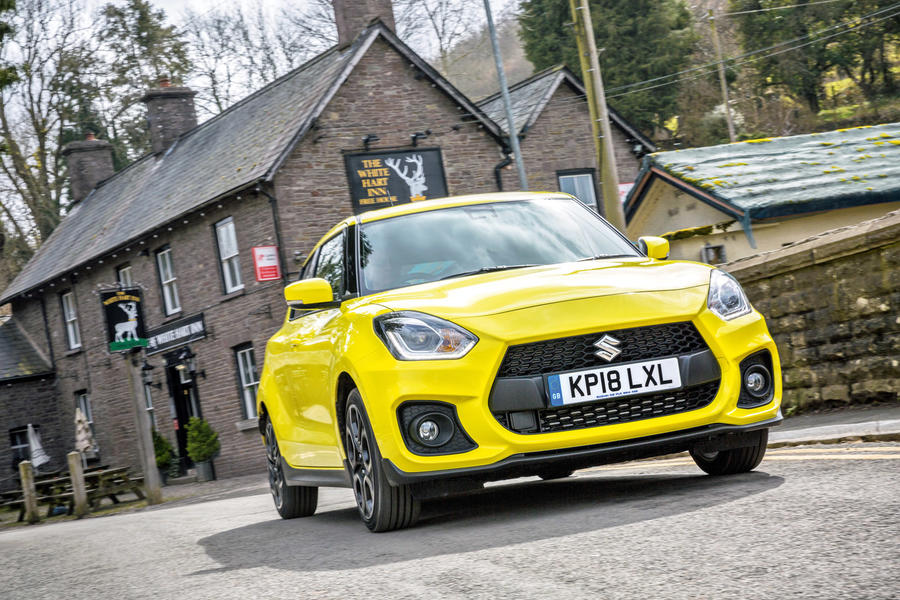 Sat in the back of one and nearly put my foot through the floor!, well, not really, it just felt flimsy.