BACK TO ALL NEWS
Currently reading: Nearly new buying guide: Nissan Qashqai
UP NEXT
New 2026 Polestar 6 confirmed as 874bhp evolution of O2 concept

The car that created a whole new model class is now in its second generation and past its first facelift, to boot. That happened in 2017 when the Mk2 Qashqai, under the microscope here, received a thorough refresh of its design, finish, equipment and refinement. It was all a bid to keep this family-sized SUV ahead of its rivals, competition that its predecessor had spawned the moment it first rolled off the production line 12 years ago.

My, how the motoring world was wrong-footed by that first Qashqai. It has since made up for lost time but Sunderland’s compact marvel isn’t giving up without a fight and makes a cracking used car.

Click here to buy your next used Qashqai from Autocar

If you like your used car wrapped and tied with a bow, check out Nissan’s approved used stocks. There are the usual benefits, including a 12-month warranty and a 30-day/1000-mile exchange promise as well as a free courtesy car at service time and free roadside assistance when you have it serviced by a Nissan dealer.

So what do you get for your money? Not seven seats, that’s for sure. The Mk2 Qashqai is a five-seater only. If you must have seven chairs, check out either a Mk1 Qashqai+2 or the current Nissan X-Trail.

Otherwise, you’re getting an exceptionally well-rounded, car-like SUV with decent cabin and boot space, a stylish and comfortable interior, impressive ride and handling, and efficient engines. Two-wheel drive versions get a torsion beam rear axle and four-wheel-drive ones a more sophisticated multi-link arrangement as well as respectable off-roading manners. 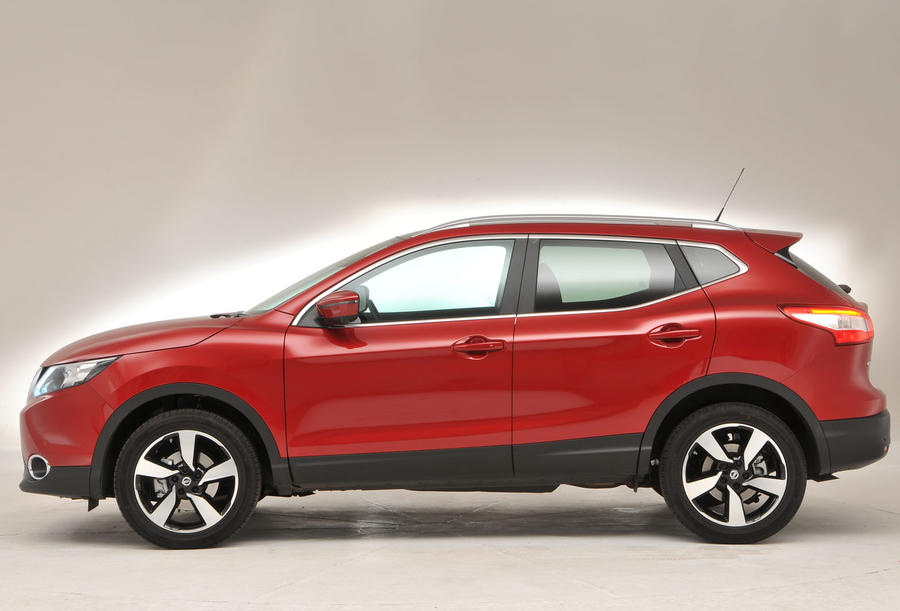 But it’s two-wheel drive that most buyers vote for. Top of their agenda is value for money and low running costs. On these measures, the Mk2 Qashqai doesn’t disappoint. There’s a gaggle of engines but, for undemanding, low-mileage drivers, we recommend the 113bhp 1.2 DiG-T petrol. It accelerates smoothly, cruises easily on the motorway and returns up to 45mpg.

For higher mileage, the 1.5 dCi diesel is more suitable. It’s a flexible, refined and willing unit. It’ll cruise the motorway all day long and return up to 56mpg.

There are five trim levels, ranging from Visia to Tekna+. Visia is generous, with four electric windows, a 5.0in infotainment system and air-con. (Acenta, the next up, gets dual-zone climate control.) Further up the range, N-Connecta adds a safety pack and Tekna brings leather upholstery, a Bose audio system and even more safety kit. Newer rivals such as the Seat Ateca may be more polished in every area but a Mk2 Qashqai fits more pockets. 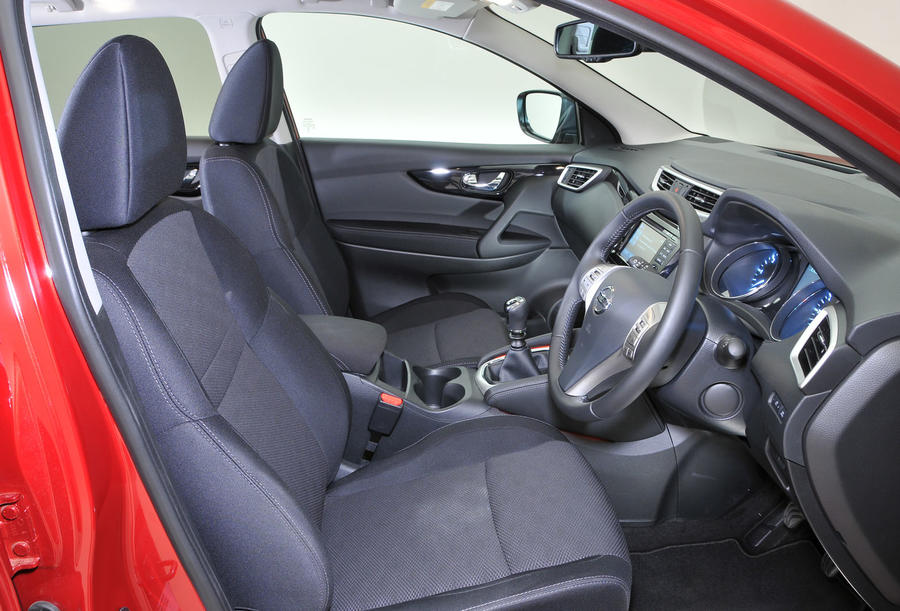 Engine Turbo failures have been reported on some petrol models, symptoms being blue-black smoke, a whistling noise from the engine and poor performance. The 1.2-litre petrol engine likes a drink, so check the oil level and be concerned if it's low. The same engine can suffer with a noisy timing chain under hard acceleration and an unreliable stop-start system.

Transmission If viewing a four-wheel-drive model, check that it doesn't slip out of reverse gear. The CVT automatic gearbox isn't the most reliable, so check it operates smoothly.

Battery Many early Qashqais (2014-16) experienced battery problems (Nissan blamed its supplier) so check invoices to see if it has been replaced.

Recalls The Qashqai has been the subject of many recalls, so check they've been actioned.

Suspension The rear shock absorbers have a history of failing. Signs include a bumpy, uncontrolled ride accompanied by odd noises.

Body Water ingress can cause the parking sensors to malfunction.

Interior Check the air con works because the compressor can fail and repairing or replacing it isn't cheap.

The Qashqai’s optional automatic Xtronic gearbox is a CVT (continuously variable transmission). Such gearboxes can often make a car sound revvy and breathless but, when paired with the impressively torquey 1.6 dCi diesel engine, the Qashqai’s is much less vocal and pretty lively with it.

The panoramic sunroof was a £400 option and is well worth seeking out. It’s standard on Black Edition models launched in 2016 but you’ll find it across most versions. It floods the cabin with light and gives the whole plot a welcome lift.

Only diesel Qashqais from 2015 on are Euro 6 compliant, so a Mk2 launch model could cost you dear if you want to enter areas such as London’s ultra-low-emissions zone. 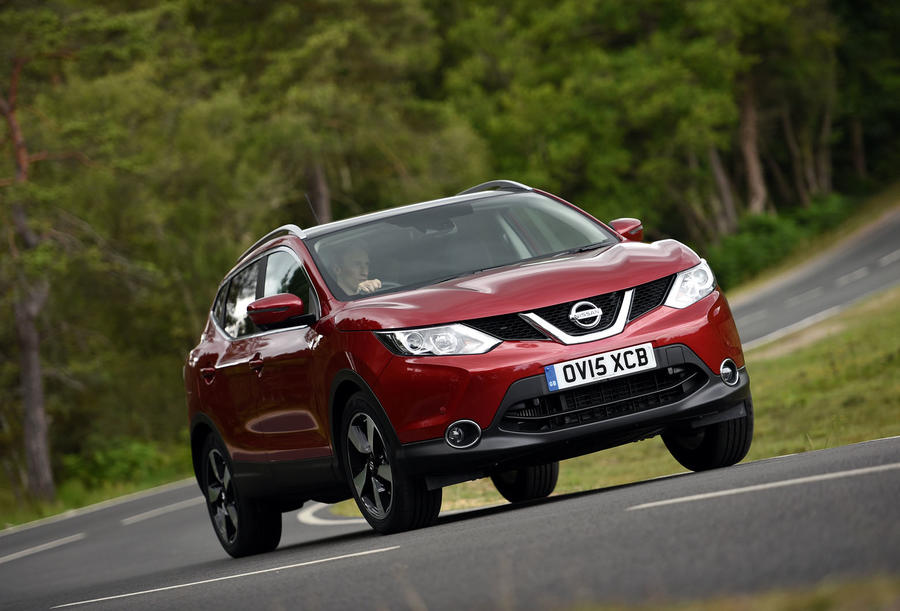 Nissan Qashqai 1.6 DIG-T Tekna+: The ultimate Qashqai lays it on with everything from nappa leather to a panoramic sunroof and the full panoply of safety features. The torquey, 160bhp 1.6 DiG-T petrol engine offers respectable performance, too.

The sheer popularity of the

The sheer popularity of the Squashy is evidenced by the sheer number of people I personally know who had one.

And everyone of them to a man and woman swore never again with LandRover levels of unreliability mostly (but not entirely) related to the cursed 1.5dci. Blown turbos, snapped timing belts, failed EGRs, defective dampers etc.