BACK TO ALL NEWS
Currently reading: Nearly new buying guide: Jeep Compass
UP NEXT
New 2023 Audi A4 Avant undergoes tests in the Alps

Few SUVs have more cred than a Jeep. We point you in the right direction
Open gallery
Close

The Jeep Compass had a tough task when it launched into its second generation in 2018. It was the firm’s major entry into the fiercely competitive C-segment and a rival to the popular Skoda Karoq, Vauxhall Grandland X and Renault Kadjar. Could it hold its own as a capable, spacious SUV?

Buyers clearly thought so. It has become Jeep’s most popular model in Europe, accounting for 40% of the brand’s sales. Which is good news for used buyers because it means there is a good selection of cars available on the second-hand market.

The Mk2 Compass is based on a stretched version of a platform shared with the smaller Jeep Renegade and was launched in diesel and petrol guises.

The diesels kicked off with a 118bhp 1.6-litre turbo model that had a six-speed manual gearbox and was two-wheel drive only. A 2.0-litre diesel, available with 138bhp and 168bhp, offered four-wheel drive and the choice of an automatic. The petrol, a 1.4-litre engine, also came in 138bhp and 168bhp outputs. 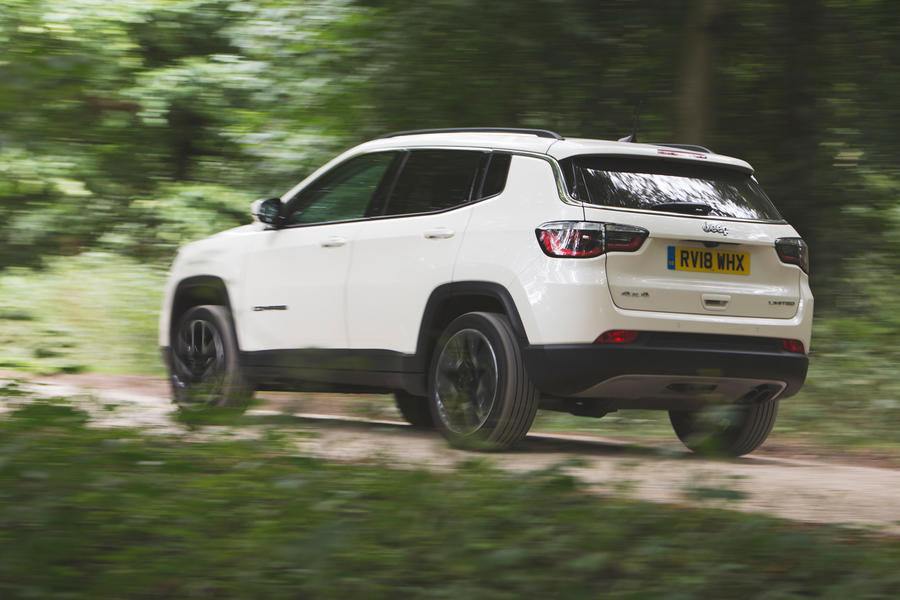 If you plan to take your Compass properly off road, Trailhawk is the ideal specification. It’s based on the same equipment level as the Limited spec, but gains a host of go-anywhere extras, such as off-road suspension, front and rear off-road bumpers, halogen projector lights, a hill descent mode and a Rock mode to help overcome difficult obstacles.

A 2021 facelift did away with the diesels but introduced the plug-in hybrid 4xe, which offered up to 30 miles of all-electric range from a 11.4kWh battery. All cars gained a refreshed interior that featured a 10.25in digital driver’s display and a more accessible central touchscreen. Outside, there were slimmer headlights and restyled bumpers.

The new entry-level trim was Night Eagle, followed by Limited – both available with front-wheel drive, a six-speed manual gearbox and a 128bhp 1.3-litre turbo petrol. For four-wheel drive, you will need the Trailhawk or range-topping S – a pair of plug-in hybrids with a six-speed auto, 237bhp, 199lb ft and a claimed fuel economy of 141.2-156.9mpg.

The Compass’s driving strengths include useful mid-range muscle, especially in the 2.0 diesel and 4xe versions. There are also decent levels of grip and good stability, helped by electronic traction and stability controls, which combine nicely with Jeep’s four-wheel drive system to provide sure-footed progress. 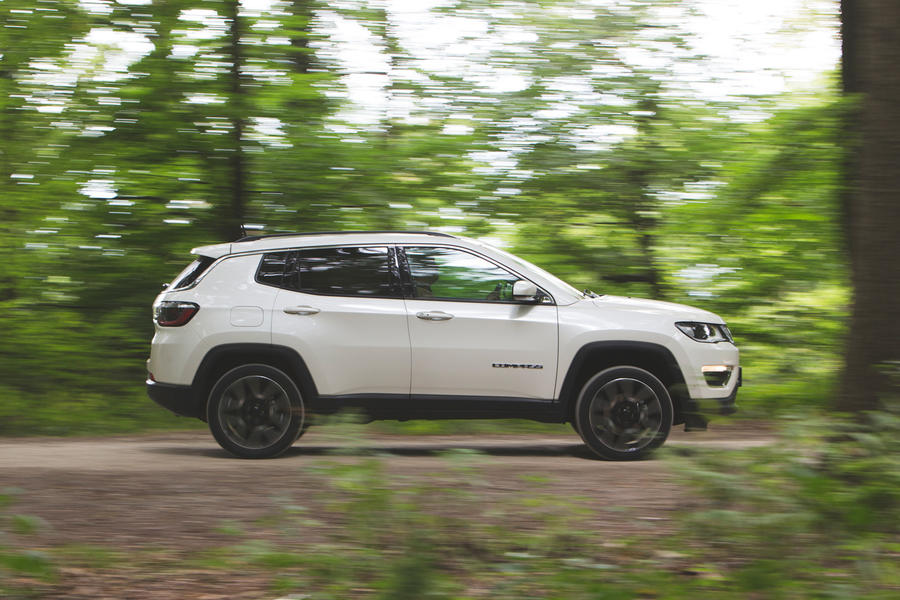 The Compass can tow up to two tonnes (braked), which makes it a useful second-hand option for pulling trailers or caravans.

The Compass has achieved a five-star Euro NCAP safety rating, scoring an impressive 90% for adult occupancy and 83% for child occupancy. That’s thanks to more than 70 active and passive safety features offered on the model, including blindspot monitoring, lane departure warning and adaptive cruise control. 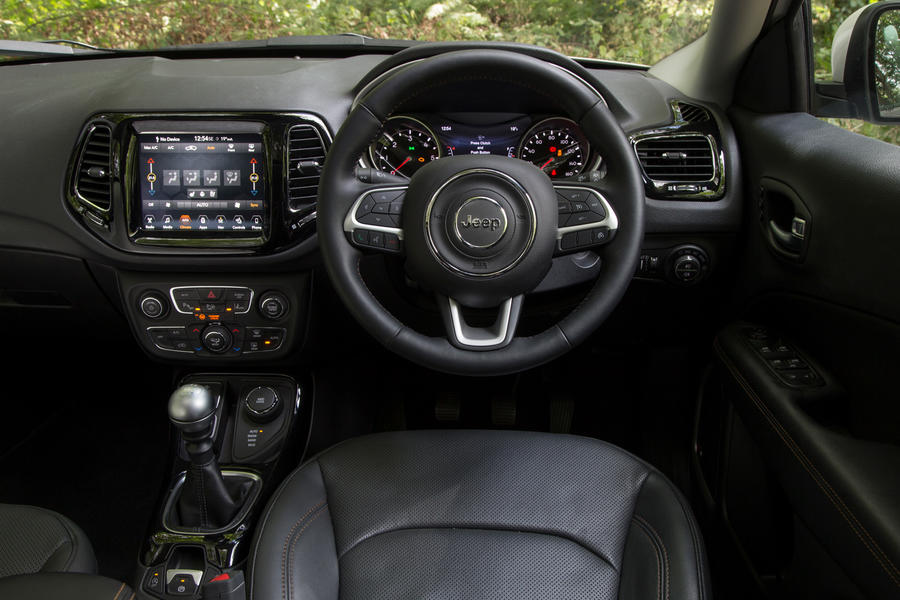 Reliability concerns: Before you buy a Compass, be aware that in the 2019 What Car? Reliability Survey, Jeep was ranked the third-most unreliable car brand with a score of 84.4%. The Renegade, which shares its platform with the Compass, scored a poor 77.1%.

Going up: The Compass isn’t the easiest car in its class for everyone to get in and out of, according to What Car?’s accessibility statistics. In its lowest position, the driver’s seat is 690mm from ground level. Drivers with reduced leg mobility might also want to take account of the high door sills, which sit 480mm above the road.

Clogged filters: Diesel particulate filters can clog if the car is left standing for too long, such as on a forecourt. If it can’t be fixed with a motorway blast, it could result in an expensive repair.

1.6 Multijet II 120 2WD: The 1.6-litre diesel is the most refined engine option and offers a claimed economy figure of 64.2mpg (on the older, NEDC test)

4XE: Plug-in power isn’t for everyone, but 30 miles of all-electric range is appealing for those who do lots of shorter journeys. Just be prepared to pay a higher sticker price. 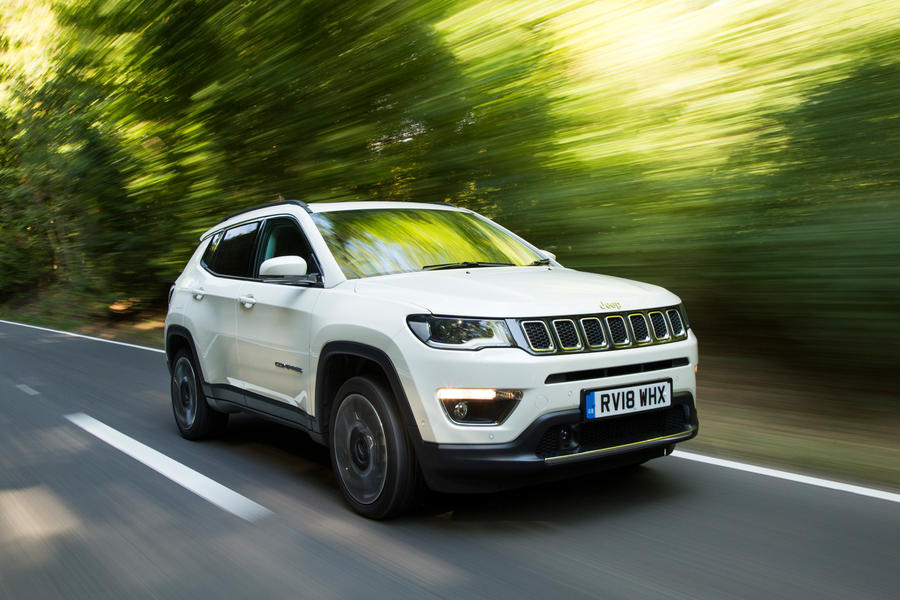 Longitude: As Jeep expected, Longitude proved popular and is the most abundant on the used market now. It offers the best value for money in terms of kit.

The Buyers beware part of the article leads to the obvious conclusion: Buyers avoid!!