BACK TO ALL NEWS
Currently reading: Nearly new buying guide: Citroen C5 Aircross
UP NEXT
2023 Polestar 4 will be affordable, mid-sized SUV-coupe

If there’s one way to stand out from the SUV crowd, this is it
Share
Open gallery
Close

At first sight, this large SUV might not look like the natural successor to such idiosyncratic masterpieces as the Traction Avant, the DS, the CX and the XM, but the Citroën C5 Aircross has just enough going on under its quirky bodyshell to at least raise the eyebrow of the dedicated Citroëniste.

It is, it has to be admitted, a bluff, family-friendly SUV in size and shape, and not a fancy and innovative low-slung aerodyne like those Citroëns of old, but it has a comfortable ride, perhaps to tie in with that tradition, and is also surprisingly quiet and smooth. It isn’t one for attacking the bends, though, because the payback for that soft suspension is unusually pronounced body roll in corners. The feather-light steering isn’t the most communicative out there, either.

Never mind, the motive force for the five-seat C5 Aircross is supplied by a range of decent engines shared with the current doyen of the class, the seven-seat Peugeot 5008. These spread from a perky 128bhp 1.2-litre Puretech turbo petrol through torque-laden 1.5 BlueHDi 150 and 2.0 BlueHDi 180 diesels to a 222bhp plug-in hybrid.

Click here to buy your next used C5 Aircross from Autocar 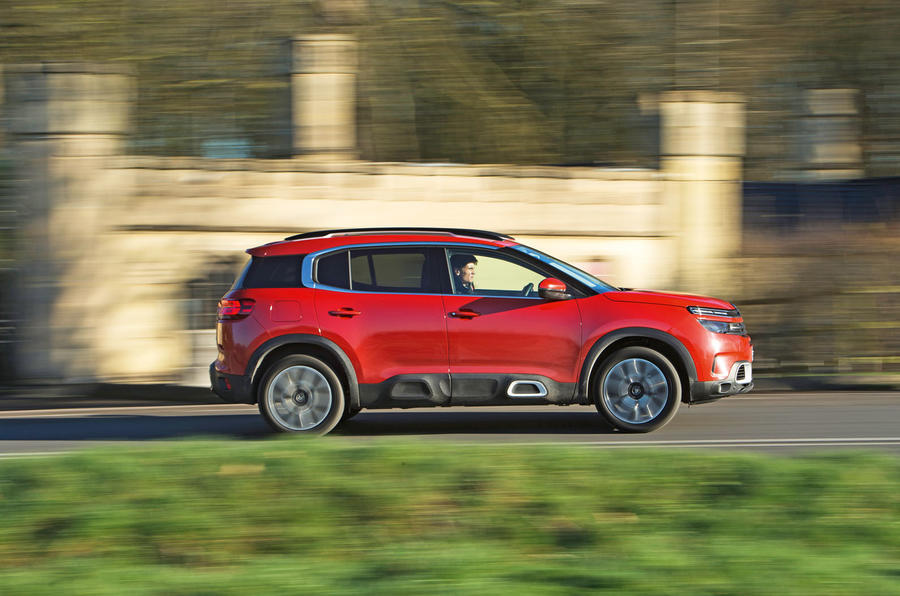 Every model comes with automatic emergency braking as standard, along with blindspot monitoring and lane departure warning, while the optional Safety Pack adds lane-keeping assistance and traffic sign recognition.

Just to make things more interesting, recent models have decided to go all Citroën-quirky on us and have renamed their trims C-Series, Sense, Shine and Shine Plus but, as with the old monikers, you’ll find no shortage of kit in any of them.

As mentioned, there’s room for only five where some can seat seven, but there shouldn’t be any concerns about the amount of space inside, unless you go for the Feel Plus model, which gets a panoramic glass roof.

The rear bench is made of three separate seats that fold individually and can even slide fore and aft to allow passengers to stretch their legs or increase boot space. The boot in question isn’t the biggest in the class, but it is tall and square and has a wide opening to help load bulky items.

The C5 Aircross is pretty economical as large SUVs go. If you opt for the 1.2-litre petrol version, you should be able to get close to its official economy figure of 44.2mpg. For those who do lots of motorway miles, the 1.5-litre diesel has the best economy (ignoring the plug-in hybrid’s largely unachievable 222mpg figure) at 55.1mpg.

Citroën was ranked a lowly 22nd out of 31 brands in the most recent What Car? Reliability Survey. 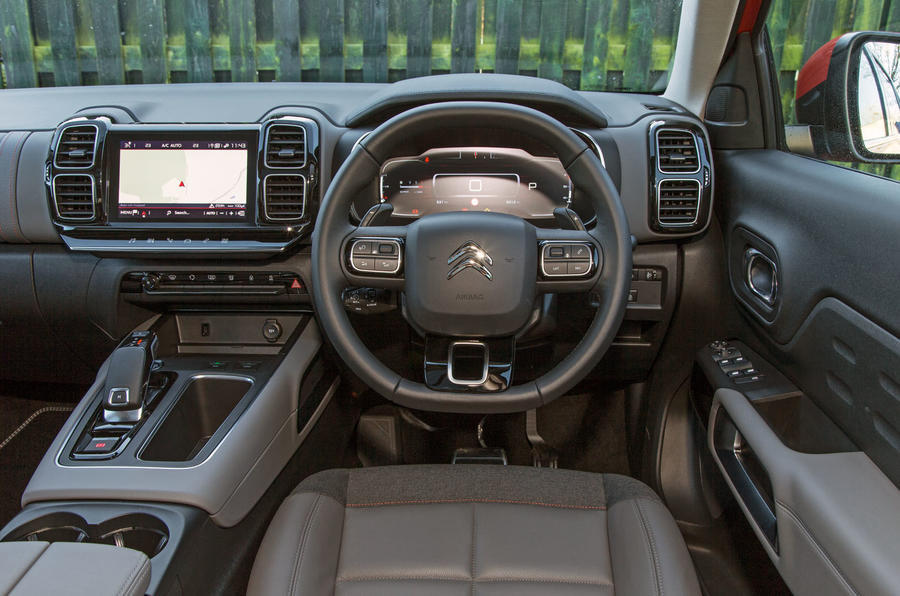 1.2 Puretech 130 Feel: Unless you do plenty of miles and need the extra fuel economy of a diesel, chances are you’ll find the 1.2-litre petrol will provide plenty of performance and you’ll be pleasantly surprised with its respectable fuel economy.

1.6 Phev 225 Shrine: If you have easy access to charging facilities, this plug-in hybrid is a bit of a crowd-pleaser, because it has 222bhp and a stunning on-paper fuel figure of 222mpg.

Citroen C3 Aircross gets redesign, comfort and tech boost for 2021