Wonderful engines and the lap of luxury from just £12k? You better believe it
Share
Open gallery
Close

Sometimes, there comes along a used car that’s such a steal in terms of performance and luxury that you wonder why it was so overlooked when it was new. The BMW 6 Series Gran Coupé is one such car. It was expensive back in 2012, but you can now put a pre-owned one on your driveway for the price of a new Hyundai i10, and it will certainly blow your neighbours’ minds.

It follows the tradition established by the Mercedes-Benz CLS and Audi A7 Sportback in being a coupé-cum-saloon; in effect, it’s a slightly stretched, four-door version of the 6 Series Coupé. And if it initially doesn’t seem to have much point, it does at least look absolutely gorgeous.

The good news is that there’s easily enough performance to back up those stunning looks. Beginning the range are two turbocharged six-cylinder models: a diesel badged the 640d and a petrol with the 640i name tag. Although the petrol is more powerful, both have plenty of punch and can do 0-62mph in 5.4sec before reaching an electronically limited top speed of 155mph.

Click here to buy your next used 6 Series from Autocar

Next up, there’s the 650i, with a twin-turbocharged 4.4-litre petrol V8. This 444bhp cruiser cuts the 0-62mph time to just 4.6sec. And if that isn’t enough, the M6 has a more heavily worked version of the same engine with 552bhp – or 591bhp if you opt for the Competition upgrade. You don’t need us to tell you that its performance is stunning.

The 6 Series Gran Coupé isn’t just good in a straight line, though. There is an engaging fluidity to its handling that endows it with plenty of driver appeal. The steering is direct and well weighted and the chassis is nicely balanced. The ride is firm but comfortable and poor surfaces don’t spoil the exceptional refinement. 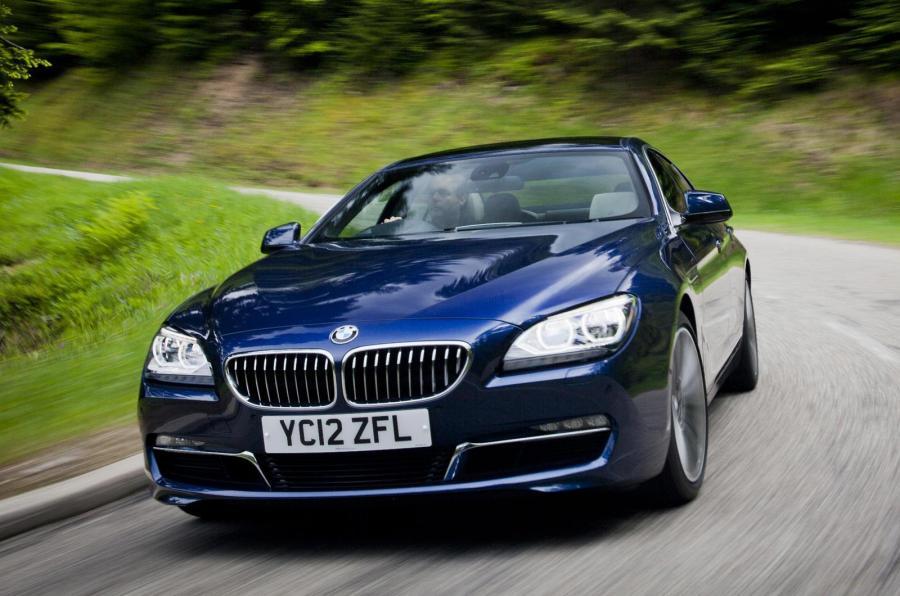 The interior is a match for this, being lavishly leathered, well designed and clearly carefully assembled using some of the finest materials. The driving position is low and electrically adjustable and there’s plenty of room up front. Rear passengers have a harder time of it, however, with slightly constricted leg room, while the small rear door apertures mean getting in and out can be hard work.

There are but two trim levels: SE and M Sport. Entry-level cars get all of the expected luxuries, including 18in alloy wheels, dual-zone climate control, cruise control and, of course, leather upholstery as standard. M Sport simply adds a sportier bodykit that enhances the car’s sleek lines.

Servicing is costly, especially at main dealers. BMW offers packs that allow you to budget for future servicing and pay by direct debit. Older cars can be looked after by independents, likely for less cash.

The 6 Series has proved reliable, but welds on the air-con condenser can fail, causing the gas to leak, so check it blows cold air. Electrical faults are common and can result in big bills, so avoid any car with a warning light or message showing.

640d SE: Despite the smoothness of the six-cylinder petrol engine in the 640i, we’d still choose the diesel for its blend of performance and fuel economy. SE trim gives you the same kit as M Sport but minus the sportier styling, so we would stick with that.

M6: Goes like stink and looks the business. If you have enough wherewithal for the higher running costs, this autobahn missile is a humdinger, producing 591bhp if the Competition pack is fitted.

Bargain of the decade

"Sometimes, there comes along a used car that’s such a steal in terms of performance and luxury that you wonder why it was so overlooked when it was new."

Perhaps it was Autocar's lukewarm review which said "...it’s an uncommunicative driver’s car. Despite the army of active chassis systems, it’s essentially an inert, unresponsive car that lacks balance and poise, and feels heavy and cumbersome when really tested."

Did someone think it was supposed to be a 911?  Instead, Google 'Clarkson 640D' to read why he was a massive fan.

In 2014 I bought a low mileage 2012 640D SE 2dr.  I thought that was cheap at £28k for a 2-year-old car but now you can buy a low mileage 2017 Gran Coupe 640D (ULEZ compliant) for just £23k from a main dealer - bargain of the decade.  New, these were circa £60k (closer to £50k if you haggled) so in its first three years someone else has already paid more than half the the depreciation.To state the obvious: it was beautiful, comfortable and extremely fast.  The boot is huge and surprisingly practical.  Mine was faultlessly reliable, delivered 35mpg around town and on a good run at motorway speeds: 45mpg.

I bought an SE because it had 18" wheels - the M Sports have 19" as standard but the forums say the ride suffers so I decided to go for comfort.  God knows what it must be like on the frequently-specified optional 20" wheels, excruciating I expect - avoid.

The only drawback is that the standard SE seats are poor so it's probably worth going for the M Sport which has sports seats as standard and putting up with the firmer ride from the 19" wheels (unless you can find an SE with the Comfort Seats option - very rare).

In 3.5 years and 30k miles I spent £800 on servicing + one set of new tyres for £640 - that works out to about £400 pa which, for a car like this, is far from excessive (and that was at the main dealer, an independent would doubtless be 25% cheaper).  Depreciation was just over £3k pa - no more than you'd suffer if you bought a new Ford Focus.

The 6 Series has proved reliable, but welds on the air-con condenser can fail, causing the gas to leak, so check it blows cold air.

My condenser was replaced free of charge as part of a recall in 2017, so this issue may have been eliminated.

I rue the day I sold it (her indoors complained it was too big), miss it very much and am sorely tempted to buy another.

Beat me to it

405line makes a very good point about the diesel engine being recommended by Autocar. Soon Manchester, Birmingham, Bristol, Glasgow etc will all start imposing ULEZ charges. The 640i is ULEZ exempt. Unfortunately Autocar (as always) keeps being a cheerleader for diesel even after the diesel gate scandal and the fact that the government and the public have realised how filthy diesels are. And before the usual suspects chime in about how "clean" modern diesels are remember the 640d was being made up until 2018 and once a new Diesel engine gets out of a laboratory test it is far dirtier than the official figures suggest.

the E60 530d featured today do not appear to be ULEZ compliant, so be warned.