If you are attracted to the idea of an Audi Q7 but in your head are a little too dashing for all that sensible-knickers, seven-seat stuff, you could always splash your cash on the catwalk-friendly Q8 instead.

The Q8 is a Q7 clothed in a coupé-inspired body, and there’s room in its opulent interior for only five. Squint and it could even be the Lamborghini Urus, of which it is indeed a cousin.

Click here to buy your next used Q8 from Autocar

For the very dashing driver, there’s also the sporting SQ8, which began life as a 427bhp diesel of enormous oomph before turning into a 507bhp petrol with the same twin-turbo V8 as found in Porsche’s Cayenne GTS.

And if you really do love the idea of a Deutscheghini, there’s now even an RS Q8, replete with the same 592bhp twin-turbo 4.0-litre petrol V8 as the Urus.

Mind you, every Q8 provides plentiful performance, plus a sportier bent than the Q7. This is reflected in the ride: it’s never uncomfortable, but you feel lumps more, even when the adaptive suspension is set in its most compliant (Comfort) mode. And the handling is really rather good for such a hefty vehicle, with minimal body roll, while four-wheel steering makes a hot Q8 a bit of a revelation.

Entry-level S line models get near enough everything you could ever wish for, including 21in alloys, LED headlights, Audi’s Virtual Cockpit digital display, heated front sports seats and adaptive air suspension. 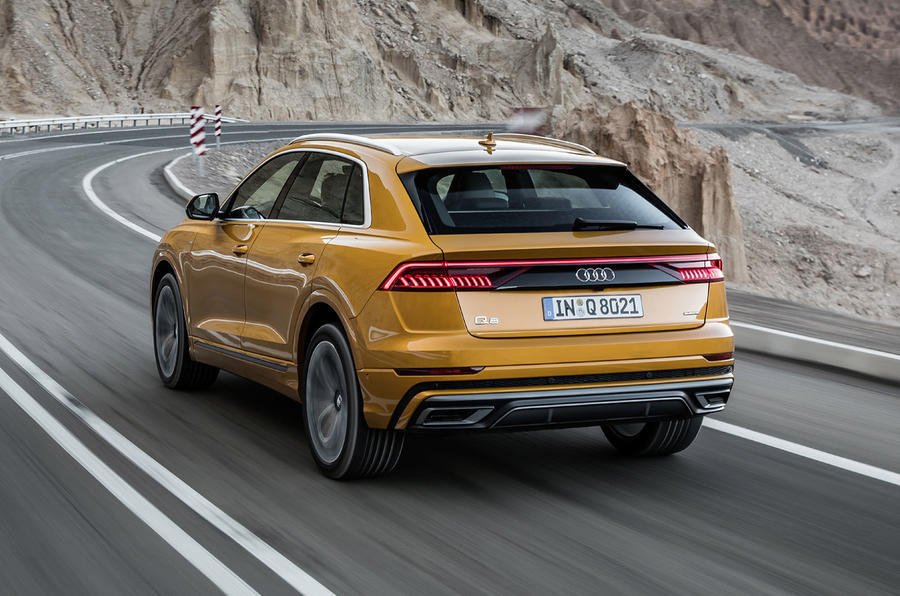 The Q8’s interior is beautifully finished, with the finest plastics, leathers and metal finishes, but it ditches physical buttons and dials for touchscreens that give haptic feedback. These aren’t as easy to use as the rotary controller used in older Audis, and they show up fingerprints really badly in sunlight.

Space isn’t an issue in the rear, even for tall adults, unlike with other SUV-coupés, and there’s excellent leg room. Plus, the boot betters the BMW X6’s for capacity, although it trails that of the Mercedes GLE Coupé.

The 50 TDI diesel gets official fuel economy of 33.2mpg, while the 55 TFSI petrol gets 26.4mpg. The hybrids recorded ridiculous MPG figures on the official test but can do up to 28 miles on electricity.

There have been a few recalls for the Q8. There can be a problem with the casting of the front shock absorber forks on cars built in 2018. The bolts connecting the steering rack and shaft can work loose on a few cars built between 2018 and 2019. And oil might leak from a faulty join in the gearbox oil line of Q8s manufactured from September to December 2019. 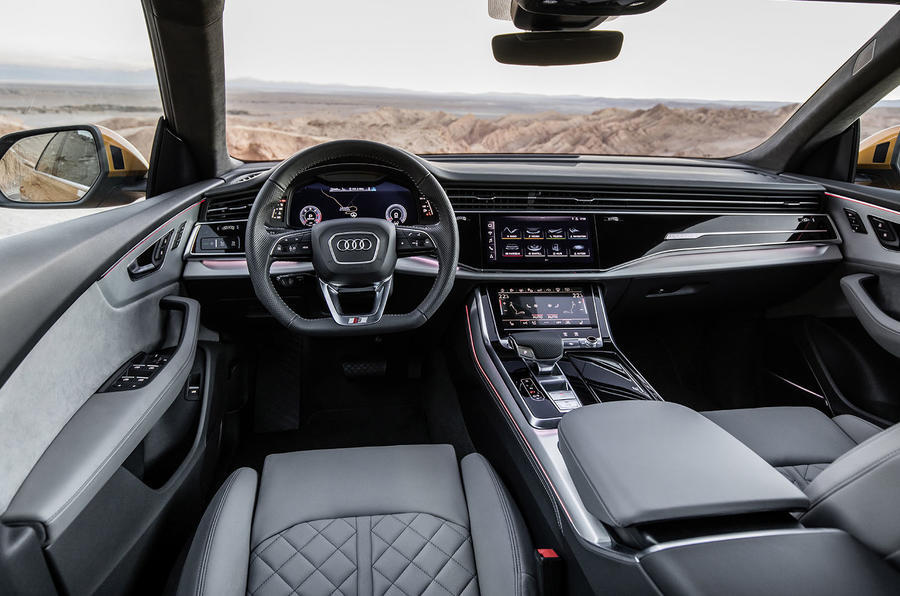 The Q8 wasn’t in the latest What Car? Reliability Survey, but its Q7 relation came second in the luxury SUV class. Then again, Audi ranked a disappointing 22nd of 31 brands.

50 TDI S Line: The 50 TDI diesel is the most plentiful version of the Q8 on the used car forecourts as well as the best option, thanks to its blend of refinement, performance an economy. Nicely trousered, sir.

SQ8: Thanks to a 507bhp twin-turbocharged petrol V8 under the bonnet of the latest SQ8, you get the pumped-up kicks to go with the pseudo-Lamborghini looks. 0-62mph in 4.1sec, if you please.