The Audi S8 sits at the intersection between the firm’s luxury and performance cars, attempting to combine the mile-crushing comfort and refinement you expect of a limo with the power and driver engagement you demand from a supercar.

That’s a tough brief, especially when faced with accomplished rivals such as the Mercedes-AMG S63 and BMW M750Li. And while previous generations of the S8 have been well-regarded all-rounders, they haven’t quite nailed that oh-so-demanding limo-meets-supercar brief.

This new S8 sits atop the line-up of the latest A8 executive saloon. In order to upgrade the already technology-packed model, Audi has crammed in even more tech and its turbocharged 4.0-litre V8 petrol engine. With 563bhp, the new unit has 34bhp more than the top-spec version of the previous S8 and a healthy 590lb ft of torque.

Power is sent through an eight-speed automatic gearbox, which offers Audi’s manual Tiptronic controls, to all four wheels - although a clever sport differential adjusts the power sent to each wheel as required. There’s also high-tech adaptive air suspension that's designed to bolster both the S8’s ride and handling.

We’ve previously tested - and been impressed by - the new S8 in Germany, but this is our first chance to find whether can still achieve an admirable mix of refinement and performance on the UK’s rougher, bumpier and narrower roads. 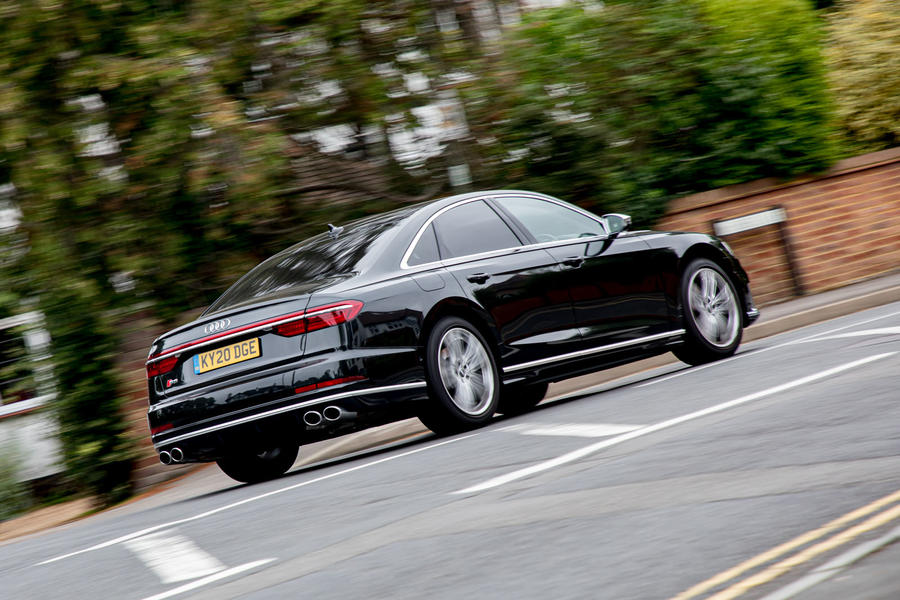 Even in an age of ultra-rapid yet silent electric performance cars, there’s something surreal about how quiet the S8 is at low speed. Riding on advanced active air suspension, with a camera scanning the road ahead and automatically adjusting the ride height to smooth over bumps, the car glides along with such tranquility that you can scarcely believe there's a 4.0-litre V8 just in front of you.

It’s helped by the mild-hybrid unit, a belt-driven 48V starter-motor that can harvest up to 8kW of energy during braking and coasting. Combined with a cylinder-on-demand system that can shut down one bank of cylinders under light loads, it makes the S8 incredibly refined and quiet at low speed.

But call upon the full 563bhp and the engine comes alive with a pleasing – if synthetically aided – roar and a slug of power that a heavyweight boxer would be proud of. It feels as capable as its official 0-62mph time of 3.8sec suggests, especially for a large executive car that weighs 2230kg.

Colin Chapman wouldn't have approved but, through a combination of that brute force and advanced tech, particularly the variable torque distribution of the quattro system and rear-wheel steering, the S8 can deliver handling, performance and engagement that belies its sheer heft.

That said, that weight and power is reflected in an official fuel economy figure of just 24.4mpg, which comes despite the cylinder deactivation and mild-hybrid system. But that low fuel economy is the trade-off for the substantial performance offered by the S8.

Yet despite its super-saloon speed, the S8 might be at its more impressive when you ease off the throttle and switch driving modes from Sport to Comfort. At a reduced gait, it displays all the polish, refinement and comfort that you expect from the flagship version of the A8 line-up.

At lower speeds, the rear-wheel steering aids manoeuvrability while the air suspension contributes to ride quality that remains as excellent in Britain as in Germany. While large bumps can unsettle the big Audi somewhat, it copes with our rougher, tighter roads with aplomb.

Add in a comfortable, classy cabin with the exemplary polish and refinement that you expect from a high-end Audi and the S8 excels as a limousine-like large saloon. And one that, when the occasion demands, is capable of unleashing mighty performance with similar ease. 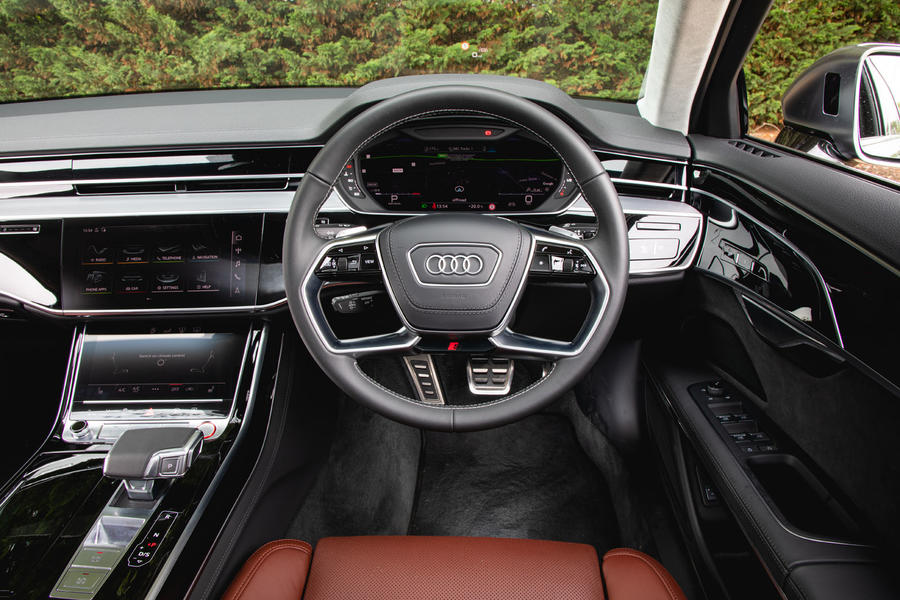 Given the price cost of the S8, potential buyers will likely have expectations in line with the expansive brief that Audi’s engineers were given. And while previous generations of the S8 have been strong all-rounders, this new version arguably adds a new level of driver engagement to the luxury feel that it has always excelled at delivering.

By offering a super-smooth executive cruiser than can turn into a super-saloon at the press of a pedal, the S8 nails an extremely broad brief with aplomb. 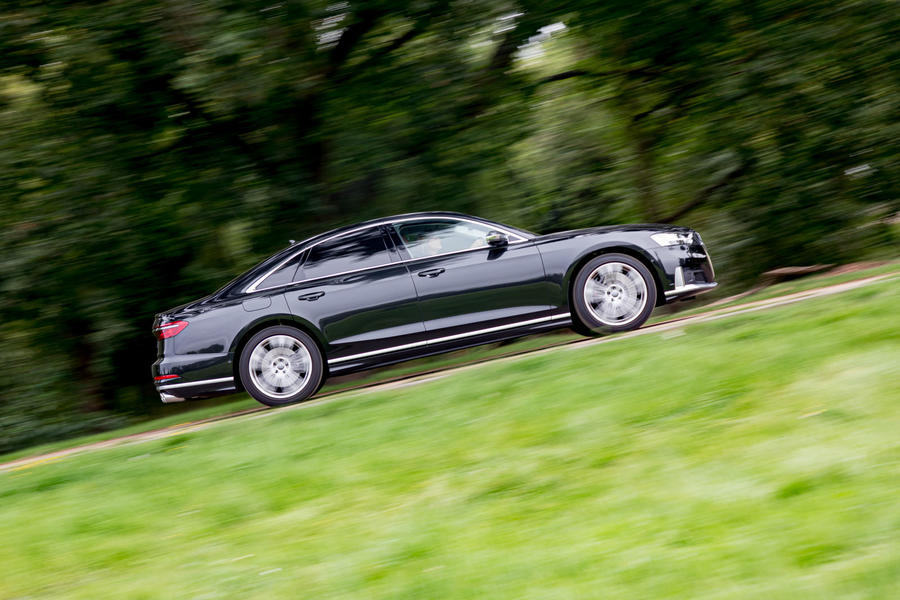 Amazing! This is an extremely wonderful article. Thanks for sharing, Stay safe. By the way, you can get a great price on Can-Am Spyder F3 Limited Motorbike only on Team Xtreme Houston. Visit our Website for more details.

Depreciation isnt the turn off

If I was buying a 4.0 V8 hyper saloon depreciation wouldn't be on my mind, nor would political correctness. I'd move onto the next shiny loud statement in three years with even more money in my wallet.
But sitting here, skint, im asking myself- comfort seems to be the main thing with this S8 so why not just get an A8 with air suspension?
db 13 October 2020

Trouble is its only an audi

Looks like an a4 and a6 inside and out that's a problem the badge spans too many sectors from super mini to super car a brand can only take so much when volumes get out of control. Not too many people are impressed when you step out of one of these so it can drive as well as a Bentley problem is it will never be one