It’s practical, too, thanks to split rear seats and a huge 465-litre boot. You need more practicality? Then look no further than the A5 Sportback, a five-door variant with engines and trims that ape the coupé’s. New, prices were the same too, but on the used market, a like-for-like Sportback appears to be a tad cheaper, perhaps because there are more of them.

Click here to buy your next used A5 from Autocar

Back to the coupé. The generation we’re talking about here was launched in 2016. Larger and lighter and powered by more efficient engines, it was a big improvement on the outgoing model. Interestingly, for a model aimed at business drivers, petrol versions outnumber diesels on the used car market, and by some margin. They come in 148bhp, 187bhp and 249bhp 2.0 TFSI forms, with the 349bhp 3.0 V6 being reserved for the S5. Prices start from around £14,000 for a 2017-reg 187bhp 2.0 TFSI 190 Sport with 65,000 miles.

The most powerful petrol engine has quattro four-wheel drive. Given that this system is paired with the more expensive petrol and diesel engines, it’s not surprising that on the used market it is easily outnumbered by front-wheel-drive versions. Prices are reasonable, with a 2017-reg 2.0 TFSI 252 S line S tronic quattro with 50,000 miles costing £17,900.

The petrol engines are efficient and free-revving, but if you anticipate doing high mileages, check out one of the more economical diesels. They’re available in 2.0-litre 148bhp and 187bhp forms, with the latter also offered in more frugal (a claimed 70mpg) Ultra guise. Prices are from around £13,490 for a 2017-reg 2.0 TDI Ultra 190 Sport with 75,000 miles. Higher up the diesel range are the 215bhp and 282bhp 3.0-litre V6 TDIs, again paired with quattro four-wheel drive. We couldn’t find a single one of the latter on the used market and very few of the former, prices for which start at £17,000 for a 2017-reg S line with 60,000 miles. Overall, diesel mileages aren’t very high, suggesting most cars have spent their time parked at the railway station. 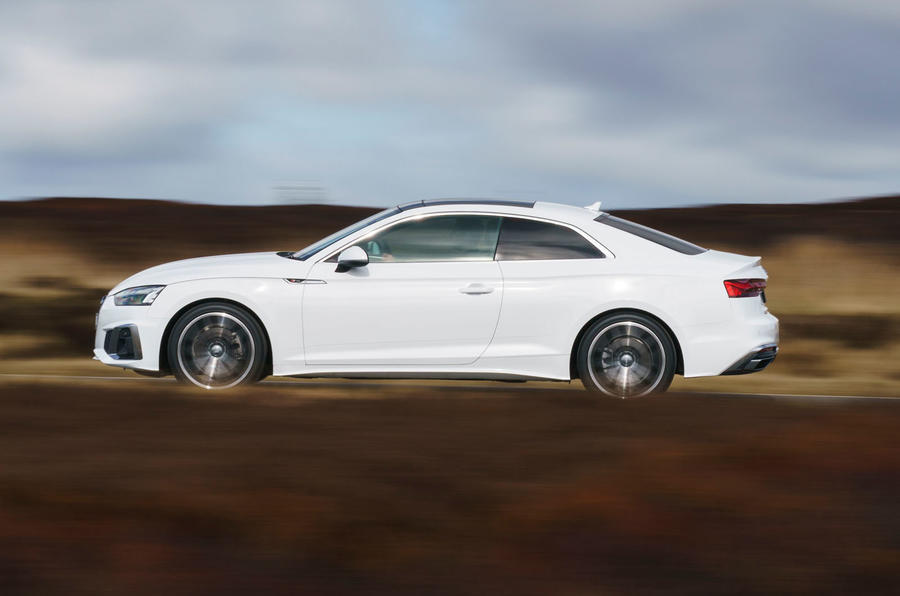 Ingolstadt’s dome-roofed hatchback returns to the executive fray, but more dynamic rivals like the BMW 4-series and Mercedes C-Class set a high bar

From launch, standard equipment included xenon headlights, a powered tailgate, three-zone climate control and a 7.0in colour screen. The 2019 facelift was a light-touch affair, the major changes reserved for under the skin. For example, the interior gained Audi’s latest infotainment system while the engine sported 12V mild-hybrid technology.

Despite its hewn-from-rock feel, the A5 isn’t immune to the occasional rattly parcel shelf and buzzing trim, as well as infotainment glitches. However, those gremlins aside, pre- or post-facelift, a used A5 coupé is a handsome and classy companion that’s also not bad value.

There have been several safety recalls, so check they’ve been dealt with. 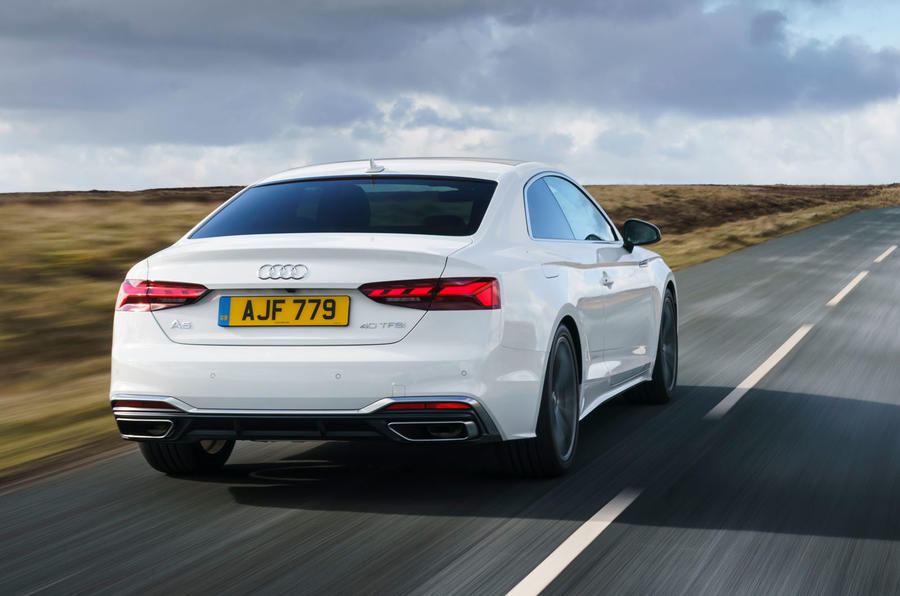 Audi A5 Coupe 2.0 TDI Ultra 190 Sport: A great blend of performance with economy, and a spec that includes smart alloys, sports seats, LED interior lighting and navigation. Find one with the optional virtual cockpit if you can.

Audi A5 Coupe 1.4 TFSI 150 S Line Sport: This 1.4 has lower emissions and better economy than the 2.0 TFSI. It’s a cheaper way into a late-model A5 if you can bear its modest performance. 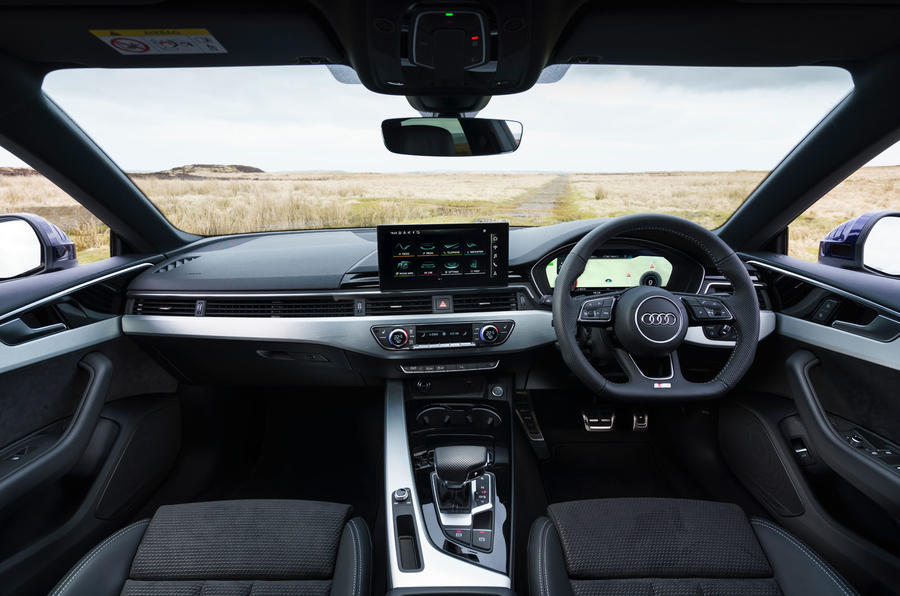 One of my least favourite cars to travel in, never ever felt car sick until I took a trip in the back of one, like being in a new Mazda 3.