Astonishing handling and mighty punch. That dashboard is nasty, but you’ll be grinning too much to care
Open gallery
Close

During my formative years, I read one of the first road tests of the Mitsubishi Lancer Evolution VI.

The car fascinated me, with its jutting bodykit, soup-bowl foglights and aggressive rear spoiler, so I was very keen to find out if the way it went lived up to the way it looked.

The engine starts with a muted thrum and pulling away feels a little uneventful. For all its rally heritage, the Evo VI feels easy-going and benign pootling around town. But that impression changes as soon as I get a clear run up the slip road to the motorway. It’s like that moment in Star Trek when the order for warp speed is given. There’s a pause while the ship gathers itself before, finally, distorting and stretching off into the distance and vanishing in a flash. That’s how it feels in the Evo VI. When you floor the throttle pedal, there’s just enough time for the tendrils of anticipation to curl their way round the pit of your stomach, before all hell breaks loose.

Yes, the seat really does shove you in the back. What’s more, you feel your rearmost neck muscles tense to hold your head forward off the headrest as, whooshing and growling, its nose lifting slightly, the Evo takes off up the road like it has had an incendiary device lodged deep within its loins. Impressive as the 0-60mph time is, you have to remember that, up to about 3000rpm, the Evo hasn’t even started to come on song yet. In other words, once the turbo kicks in, it feels faster even than the figures suggest. 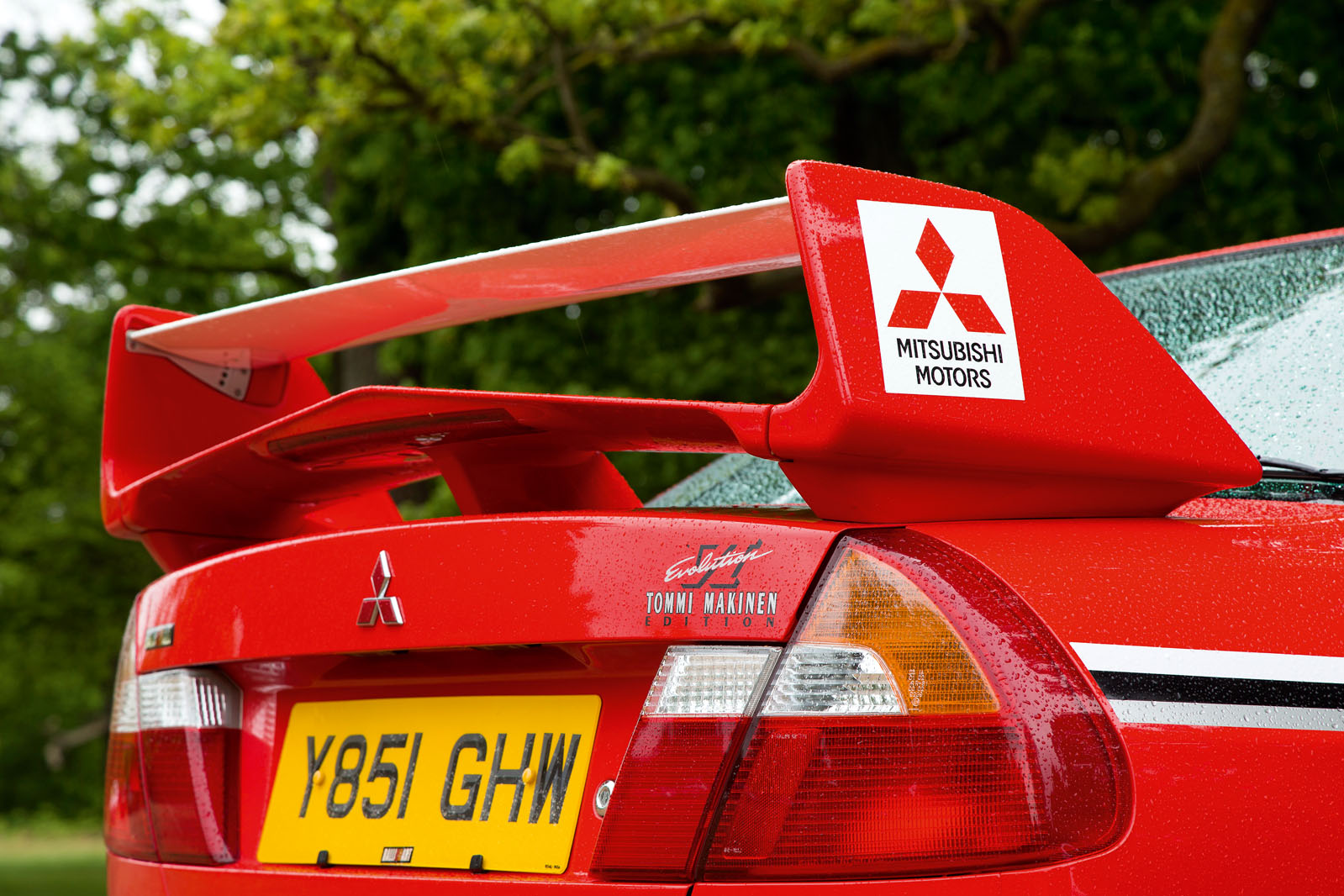 All this before you get to a corner, too. Traction and grip are immense, yet this is nothing like the experience a modern four-wheeldrive performance car gives you. Where they allow you to smash the road into submission, the Evo moves like a professional dancer, whirling and twisting up the road at an ever faster pace, yet each move precise and controlled, its feet always placed perfectly, just where they need to be.

That little bit of extra give and feel enables you to sense the power shifting from wheel to wheel. Prod the throttle in a bend and power moves to the rear, hooking it up and belting you on around the corner, while the car tweaks the angle of the rear wheels to get you in closer to the apex, allowing you to throw all that power down onto the tarmac to exit the bend at incredible velocities.

The cross-country pace you can achieve in an Evo VI is simply phenomenal. Although the same could be said of so many modern performance cars, none paints the experience with quite so many vivid colours. For that reason, you can forgive the Evo VI a lot – yes, even the naff dashboard and awful, tinny stereo. It was a legend in its own time and will, deservedly, remain so. Meet your heroes, folks. If they’re anything like this, you won’t regret it.

Want to look into purchasing one? Read our used buying guide on the Mitsubishi Lancer Evo VI here

Modern era is renowned for

Modern era is renowned for the production of different cars for the customers. The variety of the cars ranges from lancer to Mitsubishi. The  customers of the cars are loving the moment with best assignment help due to extensive material for the candidates. The quality of lancer has been raised and promoted to all parts of the world. On the same level, the Mitsubishi is here for the sale. The price is high but the quality is tested and enduring for future times for the buyers. The reflection is observed for the drivers and riders of the cars. The theme is invited for the expansion for the mode of the riders for the cars of lancer and Mitsubishi.