BACK TO ALL NEWS
Currently reading: Under the skin: Why reducing lift and drag requires under-cover policing
UP NEXT
Alfa Romeo aims to double production with new image

Under the skin: Why reducing lift and drag requires under-cover policing

The battle against drag isn’t only about what happens on top of the car: there’s plenty going on underneath as well.

Originally, most manufacturers considered the underside of cars to be out of sight and out of mind, a confusion of ugly nobbly bits not worth any attention. Today, most cars are equipped with expansive undertrays to offer a smooth surface to the airflow. It’s an effort to make the underside as slippery as the upper surfaces, but there’s more to it than that.

The space beneath the car has another important role as well, that of reducing or increasing lift. When the speed of air increases, the pressure drops, and if that happens on top of an object, it generates lift. It’s how wings work and what makes an aeroplane fl y. If it happens below the object, it creates negative lift, and if there’s more of it than there is on top, it creates downforce.

Ideally, it would be good to have high pressure on top of the car and low beneath it but, naturally, it’s not that simple. A car creates high pressure immediately in front of it as it bludgeons its way through the air.

That’s good for getting cooling air into an engine bay where it’s needed but not so good for drag. As the air speeds up over the bonnet, it creates a low pressure area, and then as it piles onto the windscreen, another high pressure area. That’s why cars have cabin air inlets at the base of the windscreen.

Apart from smoothing the surfaces beneath the car to reduce drag, there are a couple of ways of dealing with lift and drag caused by airflow beneath the car. The deep front chin or air dam sported by most road-going performance cars is there to block the airflow from passing under the car and increases pressure in front. That’s good for supplying cooling air to the radiator and air ducts and it reduces lift at the front.

Rear diffusers sweep the underfloor air upwards at the tail of the car. As the air fills this expansion chamber, the airflow beneath the centre of the car speeds up, reducing pressure and creating downforce. At the same time, it slows down to match the speed of the air over the top, allowing the two to merge smoothly behind, reducing drag.

Diffusers are conspicuous on more overt performance cars like the Porsche Taycan, but the same principles are often in play further down the food chain. A carefully designed rear underfloor, rear exhaust silencer and bumper can have a diffuser effect: it’s just less obvious. A small kick spoiler on a bootlid adds to the effect by increasing pressure and creating negative lift.

Today, designers and aerodynamicists work closely together, not just to minimise drag and improve high-speed stability but also to reduce the effect of water running around A-pillars onto side windows and doors, keeping door mirrors as clean as possible and reducing the build-up of dirt on rear windows, particularly on SUVs.

Before Volkswagen took its Pikes Peak record-breaking ID R to the Nürburgring Nordschleife to do the same thing there, it had to revisit the aerodynamics. It scrutinised the effects of braking and steering on the aerodynamics and made adjustments and small additions to suit the circuit rather than the hill. A ‘moving floor’ wind tunnel is used to exactly replicate real-world underfloor aerodynamics. 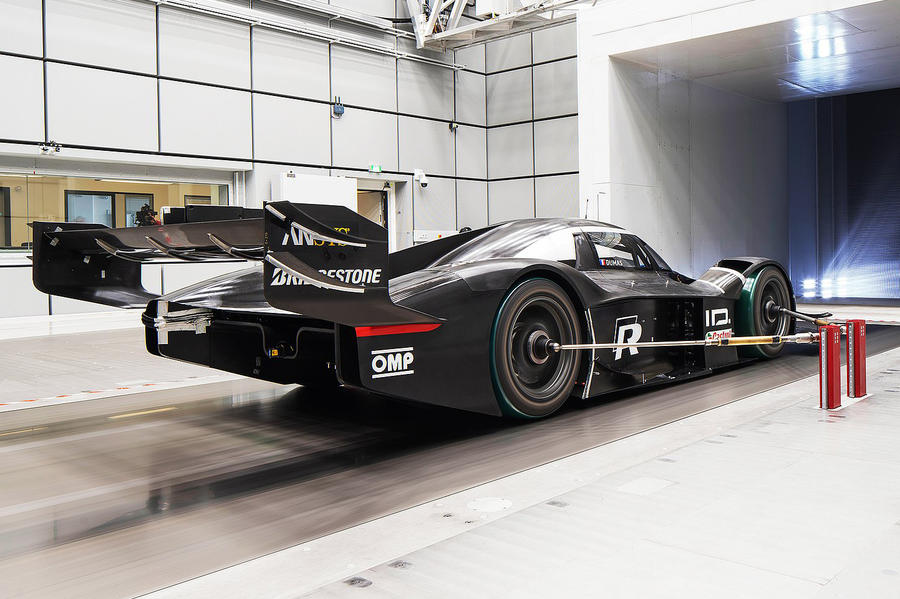 Under the skin: Why LEDs are a bright idea for fuel economy​

Under the skin: Why Volkswagen is bringing back manual gearboxes​

All these aerodynamic refinements are worthy, but I wish manufacturers would pay equal attention to weight reduction. A 10% reduction in weight would yield much more benefit than a similar reduction in drag - while any downforce (or marginal reduction in lift) is scarcely worthwhile with today's universally heavy cars.  I suspect that many of the splitters, spoilers and diffusers  seen on today's production cars are there more for visual effect than aerodynamic benefit - indeed the large blanked off brake cooling "vents" seen on many models can only create unnecessary drag.

And why is it that modern cars don't have Citroen style faired in rear wheels, if manufacturers are serious about drag reduction?