BACK TO ALL NEWS
Currently reading: Under the skin: Why LEDs are a bright idea for fuel economy
UP NEXT
2024 BMW X3 primed to take on Mercedes-Benz GLC

Under the skin: Why LEDs are a bright idea for fuel economy

Light-emitting diodes cast a brighter glow and use less energy, but there are other benefits as well
Close

It’s an often overlooked fact that the headlights you turn on at night to read the road ahead are directly linked to what comes out of the tailpipe or the range of an EV. Why? If all the lighting on a car, including indicators, is by LED, the power consumption saving compared with using old-school halogen is 60%, and cutting that reduces fuel consumption and emissions.

The colour temperature (measured in kelvin and literally the colour of the light) is much whiter than a halogen bulb, which is yellow by comparison, giving superior forward vision. Audi quotes 5500 kelvin for its LED headlights, which, it says, is close to daylight.

LEDs – light-emitting diodes – are classified as semi-conductors, so named because they are more conductive than something like glass but less than a metal, like copper. Diodes were originally developed as electronic components for electronic circuitry and act like a valve, allowing current to flow in one direction but not the other. If certain materials are added to the semi-conductor in a process called ‘doping’, the material can glow (fluoresce) when the diode is live, giving rise to the LED we all know and love. The type of LED used in headlights emits a mixture of red, green and blue light, which the eye sees as white.

Apart from the free lunch scenario – lots of light for not much energy – LEDs have other benefits, too, such as the potential to shape the beam to light only specific areas of the road. This trickery, known as LED matrix lighting, is made possible by using an array of LEDs in a headlight arranged in separate ‘pockets’ or ‘tunnels.’ Selective use of the LEDs can alter the shape of the beam so that the light pattern can be cut off vertically and horizontally. For example, instead of a traditional dip beam, the road in front of the car on the nearside can remain illuminated further ahead, while that on the offside can be left in relative darkness to avoid blinding oncoming cars.

A typical ‘adaptive front lighting system’ like this can be augmented on the priciest systems with laser modules for long-range lighting. If that sounds alarming, it isn’t. Lethal lasers are not beaming out of the front of the car like something out of Captain Marvel. The laser modules simply provide a light source. On the Audi A8, for example, the laser module emits a blue light that passes through a phosphor converter to become a 5500-kelvin white light. The beam bounces off a mirror, projecting a spotlight beam hundreds of metres ahead, is enabled at 43.5mph and dims automatically if a camera behind the windscreen detects oncoming traffic.

The fancy stuff – those solid bands of light on and around the rear lights of new cars – are created by organic light-emitting diodes. Each one consists of a few layers 200 times thinner than a human hair. LEDs are used on interiors, too, for creating the ambient lighting systems. A must-have rather than nice-to-have technology, LED lights not only make driving at night safer, but they’re also an essential part of the engineer’s toolbox. 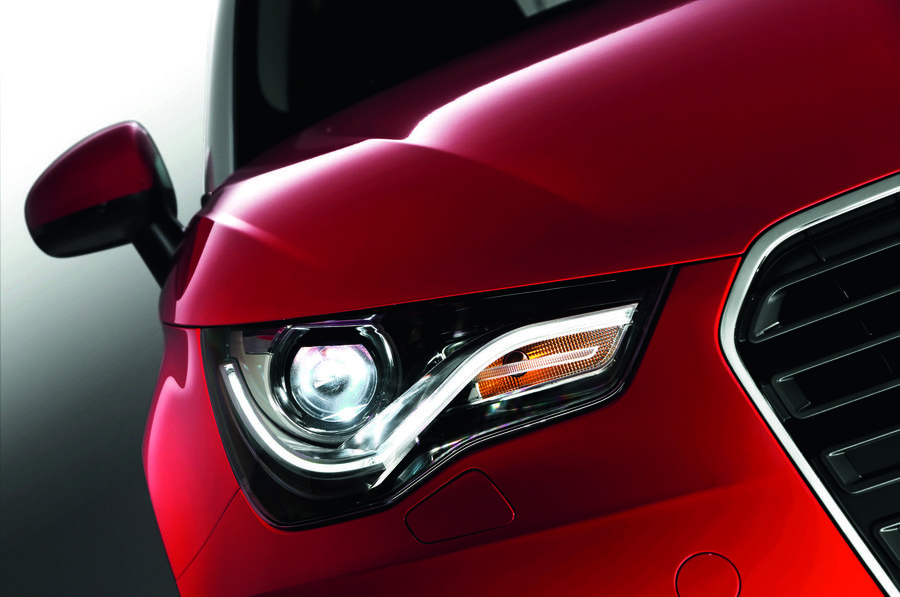 Halogen and xenon lights are still in play but maybe only for as long as it takes to drive down the cost of LED and laser lights. Power consumption of xenon (or high-intensity discharge, HID) is mid-way between halogen and LED and light is generated by striking an electric arc through xenon gas. Halogen bulbs are filled with inert gas and a small amount of a halogen-like iodine. They have a tungsten filament that gives off light and heat when electricity is passed through it.

I have LED headlights in my

I have LED headlights in my Mondeo and they are very good at what they do. I don’t have people flashing me thinking I’ve got main beams on with them. From a safety point of view they are superior to halogen bulbs definitely
GaryW 23 September 2019

Have to disagree with Lovema75

Yes, LED headlights are expensive to replace, but it's hard to imagine how anyone can say they do nothing to advance road safety...unless they've never driven a car that has them.  Being able to see where you're going, and see people/wildlife at the side of the road, is pretty fundamental to being able to drive safely at night.  LEDs are massively superior to other kinds of headlight, especially on dipped beam.  Tungsten and halogen were useless, HID tends to be OK on full beam but useless on dipped beam, LED is great all the time especially if the headlights are adaptive.

They maybe great for you

They maybe great for you behind the wheel but as an oncoming motorist gets blinded so badly that the road can't be seen I find myself agreeing with lovema75, they are more of a hazard on the road especially on SUVs which appear to have perfect eyeline height lights for normal car users.
289 23 September 2019

I rallied for years with Halogen lighting and never had a problem with vision....frankly the lights lit up night time stages beautifully at high speed, so I am damn sure you will be fine with Halogen lights in a country with a 70 mph maximum limit.

All this without burning out other road users retinas.

And as to Economy there could have been a separte article on how much these add to the initial production cost, and, god forbid if need to replace a headlight (Bi_xenon +LED ). Someone at work replaced ONE last year, £850 for a basic'ish Alfa + £150 fitting = £1,000!!

And as to Economy there could have been a separte article on how much these add to the initial production cost, and, god forbid if need to replace a headlight (Bi_xenon +LED ). Someone at work replaced ONE last year, £850 for a basic'ish Alfa + £150 fitting = £1,000!!

Answer to perennial moaning?...don't buy a car with them or stick to your horse and cart with candles at each corner.