BACK TO ALL NEWS
Currently reading: Under the skin: How lasers let you do origami with stainless steel
UP NEXT
Volkswagen ID Aero is EV Passat equivalent with 385-mile range

Under the skin: How lasers let you do origami with stainless steel

It’s being called ‘industrial origami’, and it’s a new technology for folding high-strength duplex stainless steel that could have a dramatic impact on the way vehicles are produced.

The process, called Lightfold, gets its name from the use of lasers to heat stainless steel sheet locally along a desired crease line. Folding duplex stainless steel sheet normally involves tools that make its use costly, but this new process has been developed to produce a low-cost electric scooter from Swedish start-up Stilride.

The idea of a low-cost electric scooter has been in the sights of industrial designer and joint founder of Stilride Tue Beijer since the age of 19, in 1993. Since then, Beijer has worked for Giotto Bizzarrini (father of the Ferrari 250 GTO and Lamborghini V12 engine), BMW Motorrad and Husqvarna. A grant from Sweden’s innovation agency, Vinnova, enabled Beijer with co-founder and managing director Jonas Nyvang to form the company and make a start. The idea behind Lightfold was originally conceived by Finnish stainless steel manufacturer Outokumpu. Beijer developed early research work into Lightfold, which enables the folding of flat stainless steel sheet by robot to create the main backbone of the scooter.

The stainless steel sheet is made by cold rolling, a process similar to rolling out a thin sheet of pastry but on an industrial scale. The cold-rolling work hardens the material, and that is what makes it difficult to bend. Using lasers to heat the steel along the intended fold line with the extreme precision a laser can give makes it possible to fold the steel more easily into three-dimensional shapes.

Another important advantage of making structures out of stainless steel is that it doesn’t rust, so it doesn’t necessarily need painting and yet it still looks good. Avoiding painting (as Stilride does) reduces materials, production cost and, potentially, weight (depending on the size of the vehicle). There are design advantages, too. Beijer said the folding process “creates a really defined design DNA” with “beautiful surface meetings between concave and convex surfaces”. Stainless steel is flexible and fully recyclable and the structure is simple. The designer points out that the downside of today’s scooters is that they have a tubular steel frame covered with a plastic body that involves many parts and is complex to make.

The fi rst prototype of the scooter, called the Stilride SUS1 (Sports Utility Scooter One), is ready, and the company says it will “challenge the traditional view of manufacturing through the use of robotic industrial origami to fold structures from a flat sheet of metal true to the material’s characteristics and geometric nature”. The manufacturing side is in the process of being simulated by R&D fi rm Robotdalen and, once the process is established as commercially viable, is expected to be suitable for not only the electric scooter but also a wide range of products.

The project involves a number of collaborators covering a wide range of expertise, including product development, steel engineering and manufacturing, with Outokumpu a key player.

What is duplex steel? 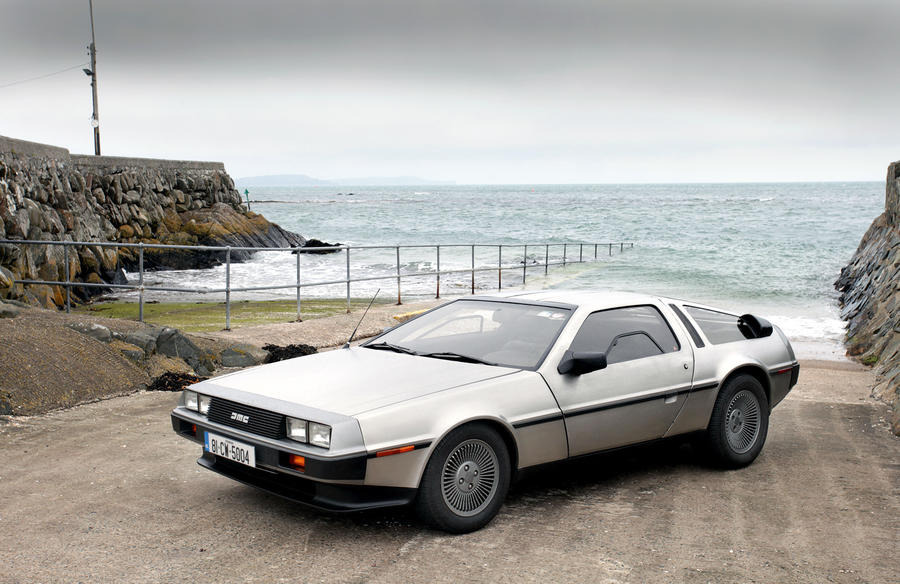 Duplex stainless steel is so called because its properties are a combination of two other types, ‘austenitic’ and ‘ferritic’, which give it high tensile strength (resistant to stretching) and, among other things, is easy to weld. The DMC DeLorean of the 1980s was made of the commonly used 304-grade austenitic stainless steel, which is a mixture of iron, nickel and chrome and is the most resistant to corrosion of all stainless steels.