BACK TO ALL NEWS
Currently reading: Under the skin: This self-driving car 'brain' is as quick as yours
UP NEXT
2024 Mercedes C-Class EV spearheads brand's electric rebirth

Under the skin: This self-driving car 'brain' is as quick as yours

It has the uninspiring looks of a run-of-the-mill computer circuit board, but this chunk of electronics measuring just 24cm long, 14cm wide and 5cm tall is smarter than it looks. It can perform a sextillion computing operations per second (about the same as the human brain) and provide the intelligence for level two to level five autonomous vehicles.

ZF Friedrichshafen, the giant supplier best known for its gearboxes, revealed the next generation of its Pro AI – which is due to reach production in 2024 – at the Shanghai motor show last month. Billed as the world’s most powerful automotive-grade supercomputer, the Pro AI can be used in any vehicle in a number of different roles, from advanced architectures appearing in conventional cars to providing the intelligence needed for self-driving.

The rapidly growing number of features and functions on modern cars have to be controlled, and so far that has been done through multiple electronic control units (ECUs) spread around the car, the number increasing as each new feature is added. The new approach is to divide the car into domains and zones, the zones providing power and data connections to sensors and equipment, with just a simple connection between the domain controllers and the zone controllers. The supplier Aptiv, which is currently developing smart vehicle architectures, reckons this will reduce the weight of wiring in cars by 20%.

The Pro AI is an example of the emerging breed of on-board supercomputers that can be used as either a domain controller or a zone controller but also as a central controller. It’s not a closed shop, either, so it can run either ZF’s own software or third-party software. It can ‘fuse’ all sensor data from radar, lidar, cameras and audio to create a picture of the surrounding environment, in a sense, enabling it to build up a kind of situational awareness. It’s also optimised for the deep-learning processes that are the building blocks for advanced safety features and autonomous driving. For example, it can forward sensor data to a storage system, making it easier to train the computer’s artificial intelligence.

Does that make it as smart as a human brain, then? Not quite yet, perhaps. It may have a similar computational speed (although estimates of what an adult human brain can achieve are indeed just estimates), but it can’t build itself and it can’t program itself from scratch, either. The human brain can also rewire or reconfigure itself through neuroplasticity: the ability to move functions to another area if it suffers an injury.

Furthermore, the human brain has the ability to physically change its structure by reconnecting neurons as a result of learning. While computer scientists, among them researchers at IBM, are working hard at trying to emulate what’s also known as this brain plasticity in computer AI, it’s as yet unclear how far a computer will be able to adapt and reorganise itself in the real world without some kind of human intervention.

To drive a vehicle on a public road as efficiently and safely as an experienced human driver, a computer will need to have experience without gaining it, which isn’t quite the same thing. 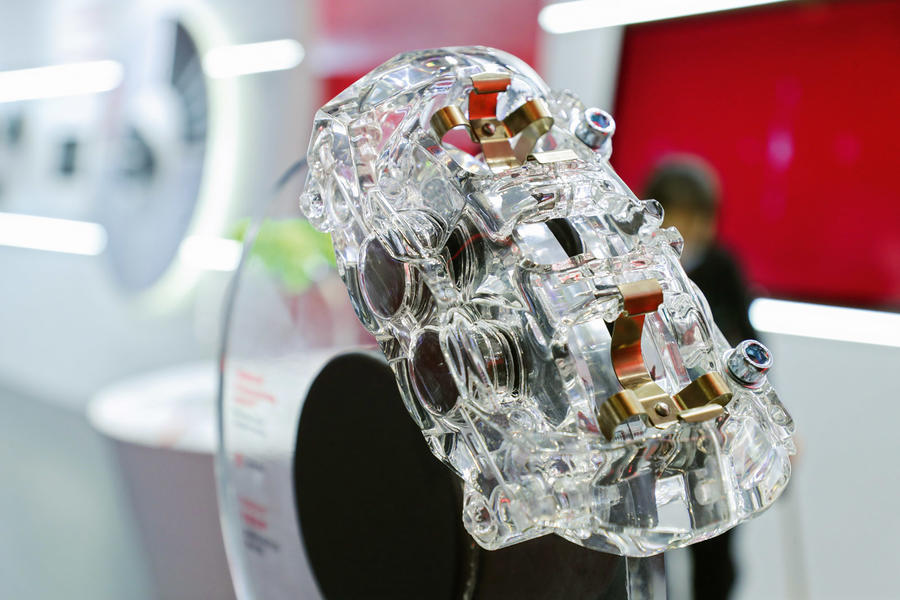 Amid so much technical sophistication aimed at reducing the carbon footprint of cars, sometimes something as simple as a spring can be all it takes to make a difference. Disc brakes create friction and waste energy if the brake pads continue to bind slightly on the disc even when the brakes are off. Brembo’s new Enesys spring ensures that they don’t, reducing fuel use and thus also CO2 emissions for a few pence.