BACK TO ALL NEWS
Currently reading: Under the skin: How tyres can be sustainable
UP NEXT
Lotus Emira vs Porsche 718 Cayman

Under the skin: How tyres can be sustainable

Tyres are among the bad boys of the car industry when it comes to carbon footprint and sustainability. Although a percentage of the rubber used in a tyre is natural (more about that later), tyres made using conventional methods have a high carbon footprint due to ingredients that are high in fossil-based materials and consume a substantial amount of energy during production.

Tyres are complex things, and their list of ingredients reads like a chemistry textbook’s glossary, including carbon black, silica, plasticisers and resins, as well as the textiles used for the cords that go into the structure of the carcass, along with steel.

Several major tyre makers have been working on reducing the carbon footprint of tyres and improving their overall sustainability for several years. Michelin recently announced that its tyres will be 100% sustainable by 2050 and says that 28% of the components in each of its tyres is already made using natural, recycled or “otherwise sustainable” raw materials.

The firm has been working with partners on the Bio Butterfly project since late 2012 to develop bio-sourced butadiene made by fermenting plant biomass. The first batches will become available during this year with the aim of reducing CO2 emitted during tyre production. A further partnership will begin producing recycled styrene from plastic waste, which is another major constituent of synthetic rubber. Another partnership will enable the recovery of polyethylene terephthalate (PET), enabling millions of plastic bottles to be turned into polyester fibres for use in tyre structures.

Construction is also due to start this year on a tyre recycling plant that will produce pyrolysis oil, a synthetic bio-oil that can be used in place of petroleum-based products. Using a process developed by Swedish firm Enviro, the process will also enable steel, gas, carbon black and other materials to be produced more sustainably.

Michelin isn’t alone: Goodyear and Continental are developing the use of natural latex from the roots of dandelions as an alternative to the latex sourced from rubber plantations. Monoculture rubber plantations created by the deforestation of rainforests has been another undesirable side effect of the huge global demand for tyres. Dandelions can be grown alongside tyre plants if necessary, thriving on land unsuitable for food crops, and a number of tyre companies, including Continental and Falken, are researching the idea.

Goodyear is using soybean oil tread compound in a number of its tyres, as well as rice husk ash in place of sand to make the silica used to improve grip on wet surfaces. It’s also collaborating with a partner firm to make synthetic rubber without using petroleum-based butadiene.

Aren't you a clever cat 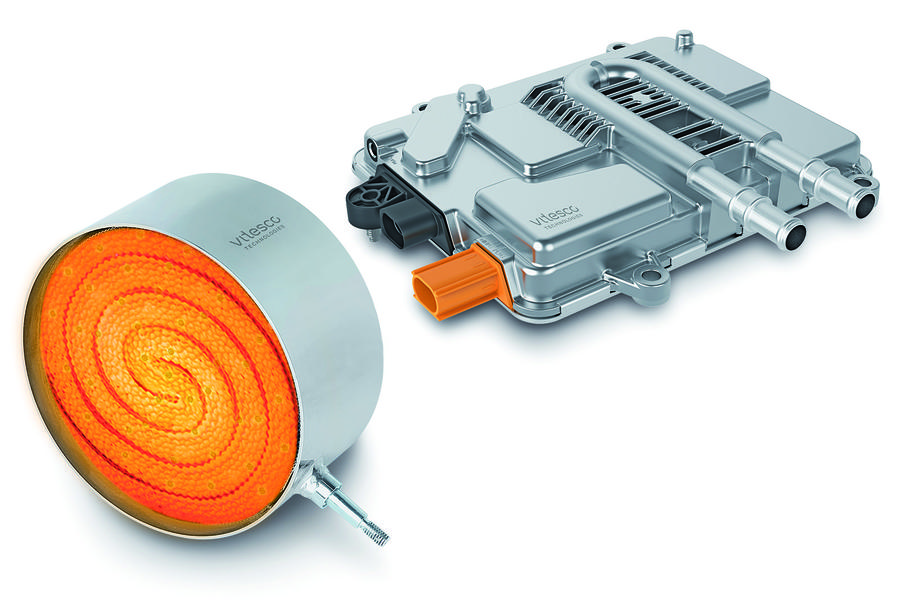 Heating catalytic converters is vital to reducing emissions during the start-up of a cold engine, so ‘close-coupled cats’ are mounted as close to the engine as possible, where the exhaust gases are hottest. A more recent technology is the cunning, electrically heated Emicat catalyst. It’s already in use on cars with 12V and 48V electrical systems and is now offered with an AC-to-DC converter for compatibility with high-voltage plug-in hybrid systems.

Nice to read about this taken for granted parts of a Car, you just wonder, until we all became eco aware, why weren't we doing this 20 yrs ago?