BACK TO ALL NEWS
Currently reading: Are part-worn tyres safe?
UP NEXT
New Aston Martin DBR22 is £1.5m, V12 speedster

We consider the pros and cons of part-worn tyres, and what to look out for
Open gallery
Close
News
by Dan Prosser
4 mins read
Share

In straitened times it’s little wonder so many drivers baulk at the cost of a new set of tyres. One solution, at least for some, is to avoid buying brand new rubber altogether and instead buy tyres that have already been used by somebody else. They’re called part-worn tyres.

In the UK, buying or selling part-worn tyres is not illegal. In fact, according to industry body TyreSafe, as many as 5.5 million used tyres are sold here every year. Vendors are bound by law to adhere to a number of strict regulations, however. First and foremost, second-hand tyres should be in good condition, which means no bulges in the sidewall and no large cuts in the tread, while none of the structural carcass or cords should be visible. Additionally, they should have have at least 2mm of tread across their width and around their circumference, and they should be clearly and permanently marked ‘part-worn’ in upper case letters at least 4mm in height on their sidewalls.

Although these regulations are very straightforward, many part-worn tyre suppliers are known to flout them. If you are considering buying a set of used tyres, make sure the vendor is compliant with these laws - and remember, tyres that do not meet these minimum requirements could cause you to have a very serious accident. 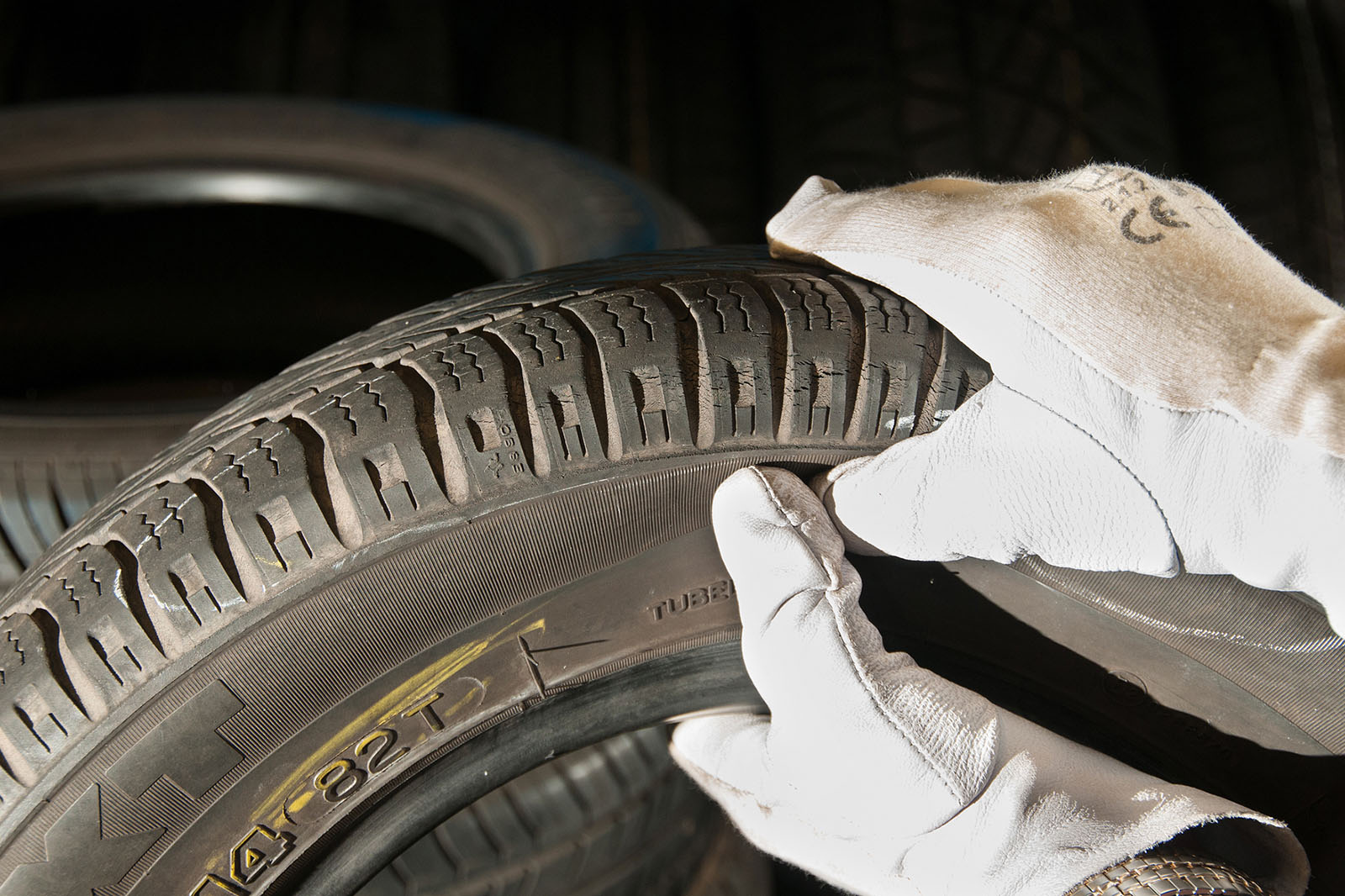 As has been pointed out many times before, if you buy a second-hand car and don’t replace the tyres with a new set immediately, you are in effect buying part-worn tyres. Lots of us will admit to having done exactly that with no idea whatsoever where those tyres have come from or what their history might be.

Some part-worn tyres are shipped over from Germany, where the minimum legal tread depth is 3mm. In the UK it’s 1.6mm, so a part-worn tyre imported from Germany will still have plenty of tread left and perhaps a couple of thousand miles still to run.

The big advantage of part-worn tyres, of course, is that they cost less than brand new tyres. What’s more, by buying a set of used rubber you might be able to afford a higher quality tyre from a big name brand, rather than a budget tyre from a manufacturer you’ve never heard of.

Safety. It’s as simple as that. If somebody has removed a set of tyres from their car, they have done so because they no longer consider them to be safe. If those tyres aren’t good enough for another driver, are they really good enough for you?

With less tread depth than a brand new tyre, part-worns will generate less grip, particularly in the wet. That means your car will have less traction and - more pertinently - less cornering and braking grip.

A survey carried out by TyreSafe found that up to 98 per cent of used tyres sold in Britain did not comply with the regulations, while 34 per cent could be considered dangerous. However, even a tyre that does satisfy the regulations could be harbouring a nasty secret, whereas a brand new tyre will not.

It is also the case that second hand tyres will not last as long as new tyres. You’ll have to replace them much more often, so the savings will be less substantial than they might first appear. A new tyre might have a much as 8mm of tread, whereas a part-worn might only have a quarter of that. It’ll therefore only be fit for a few hundred miles and will need replacing before long. 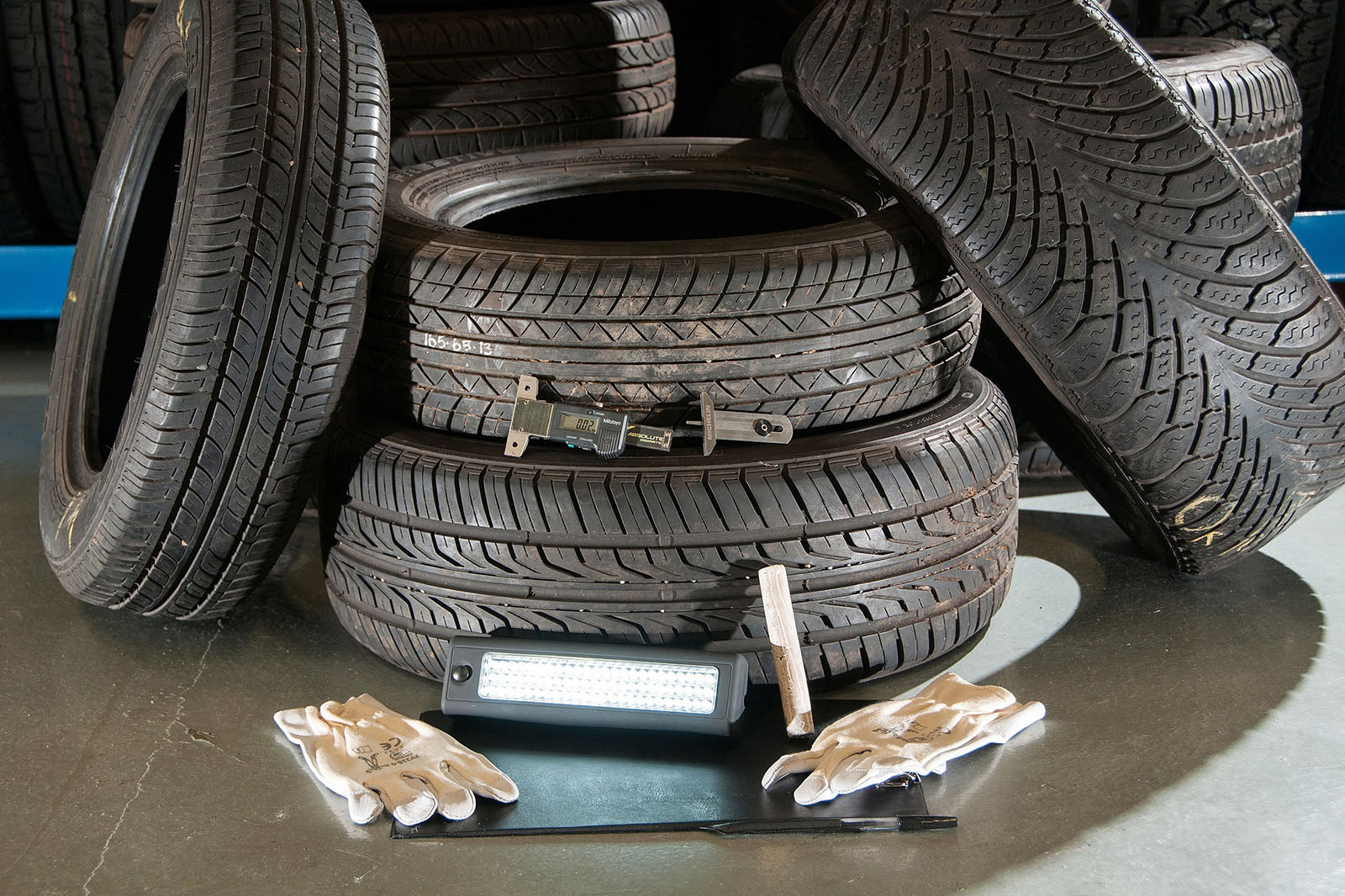 In years gone by remoulded tyres, or retreaded tyres, were a popular solution. Remoulds are still legal in the UK, as long as they comply with strict regulations, and if manufactured with care they needn’t be significantly less safe than new tyres. Retreading a tyre involves stripping the tread and sidewall from a used tyre (the structure of which should be in good condition) and applying new rubber to the carcass. As budget tyres from the Far East have become more commonplace, though, remoulded tyres have accordingly become less popular.

Should I buy part-worn tyres?

If we could guarantee that part-worn tyres were completely safe and compliant with the regulations, there’d be little reason to be wary of them. However, as those TyreSafe figures demonstrate, there are no such assurances.

The truth of the matter is this; if there was one area of car maintenance in which you shouldn’t scrimp on cost, it’d be the only part of the car that actually makes contact with the road - the tyres.

Paul Heaton, R&D Director at Pirelli UK feels very strongly about part-worn tyres. "All part-worn tyres are required to be thoroughly inspected internally and externally before sale, but in reality, far too many have not been checked at all,’ he says. ‘Many tyres are sold with structural damage that should mean the tyre is scrapped. The best course of action is simply to avoid part-worn tyres."

There are people who will pray on people's poverty, desperation and sell them defective part worn tyres, they know they might be dangerous,but, because of circumstances,might take the risk, so, yes, maybe part worms should be a thing of the past.