By any measure, what he’s achieved in eight year as Volvo’s boss is remarkable. Here’s how he did it
Open gallery
Close

If it’s an exaggeration to say Håkan Samuelsson has worked miracles at Volvo since becoming chief executive eight years ago, the overstatement can only be slight.

In that time, Volvo has doubled its annual car output to 700,000 units, raised its brand image to par with Audi-BMW-Mercedes, restored its previously weakened grip on the US market by opening a factory there, made big inroads in China and expects its car range to comprise 50% pure-electric models by 2025. Small wonder Autocar’s judging panel chose Samuelsson to win this year’s Issigonis Trophy, our premier award.

Given Volvo’s sheer pace of change, Samuelsson’s craggy-voiced, deliberate way of speaking takes you by surprise at first. But soon you learn that the voice suits the management style: this is not a man who bounces about spouting targets and KPIs. He actively dislikes those – so how has he delivered the success?

Did Samuelsson expect such growth – six record years to 2019 and expansion of around 10% a year? “If you want to be a great company, the last thing you say is that you want to be great in 10 years’ time. It doesn’t create energy or motivation. It’s what you do today that counts,” he says. “We concentrated on doing what was needed and were confident of a good result.” 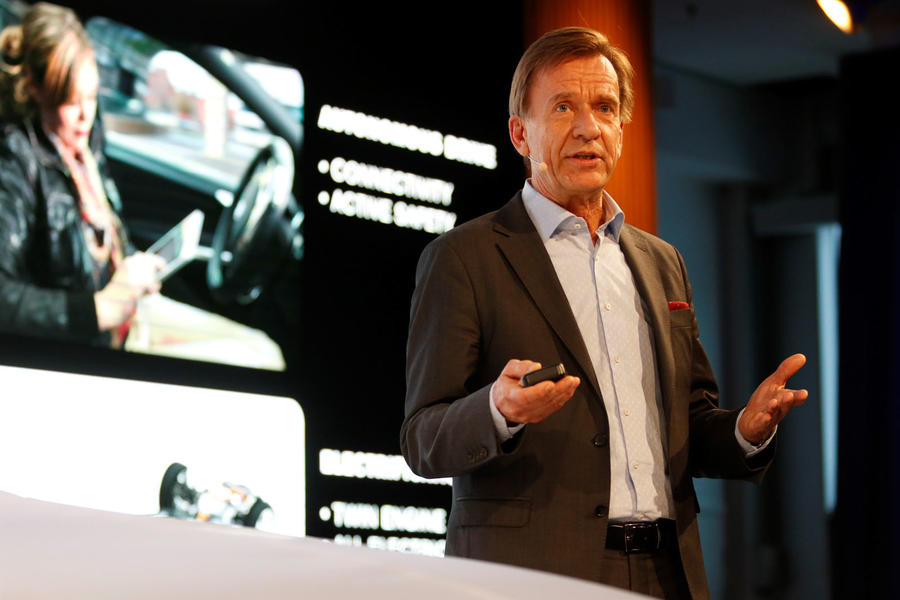 Progress meant finding a new way of facing up the Germans. “We decided long ago that we had to be premium. But we did too much benchmarking and copying. My first question was: what about safety? That’s a traditional Volvo value. People told me everyone had it these days. But the Germans are successful because they have known attributes: technology for Audi, driving dynamics for BMW, premium quality and prestige for Mercedes. We needed something different.”

Volvo attempts to combine the super-saloon and PHEV with its flagship S60 - but is it more a rival for the Mercedes-AMG C43 or the hardcore BMW M3?

Samuelsson decided Volvo had to be “human centric”, with safety and sustainability at its core. “If you looked at society, you could see the wind blowing in that direction,” he says. “We began to major on it. Safety of families became important and a part of that was being bold enough to introduce a speed limit. [All Volvos are now governed to 112mph.] And sustainability matched that. For many people, guarding the planet is a part of guarding their families.”

Virus effects notwithstanding, Samuelsson is confident of maintaining Volvo’s progress: “If sustainability continues to be important, we ought to be able to keep growing more or less as we have. At 10% a year, we’ll be much bigger in five years. But there’s more to this than just saying we’ll do a million cars in two or three years: we must do what is right.” Part of Volvo’s recipe is to accelerate electrification to cover a slow adoption of battery EVs so that, by 2025, 50% of Volvos will be PHEVs and the rest pure EVs. Surely such an increase will be bad for profits, I suggest, given that no one seems able to make them pay at present. 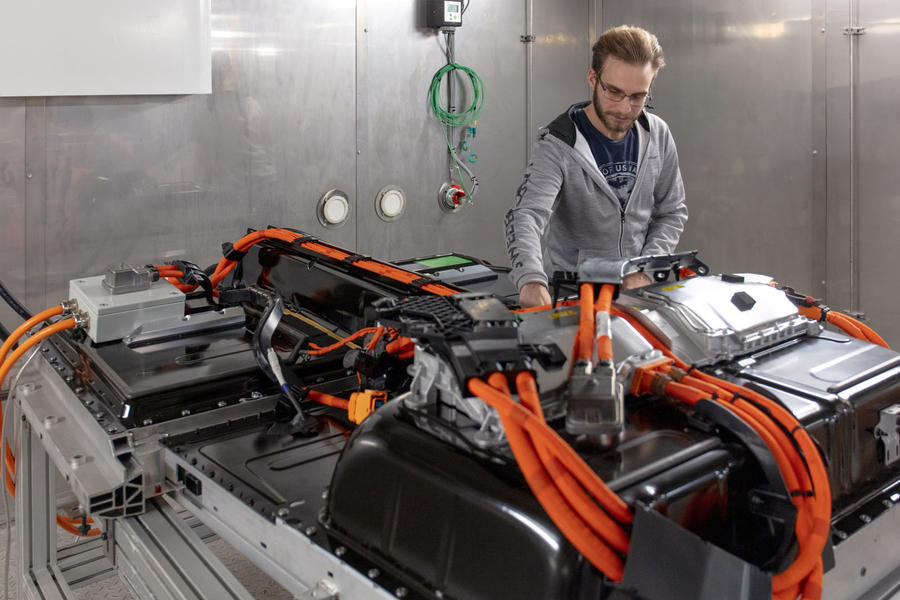 Samuelsson bats this away. “The cost of today’s EV won’t be the same tomorrow,” he insists. “Batteries will fall in price and the price of conventional cars will go up. As ever, profitability is geared to how attractive your products are and there’s no doubt our electric cars will be really attractive. They’ll have the sustainability thing we’ve talked about, and then there’s the driving experience. It’s very difficult to find any drawbacks with that.

“Of course, we still need to improve EV range. You should be able to drive eight hours, then stop to recharge your car as you recharge your body. But EV ranges will improve rapidly. In five years, experts say range will double, and it will happen. Many more brains are concentrating on battery chemistry than ever before.”

Samuelsson admits to seeing plug-in hybridisation as “a sort of bridging technology”, especially useful where electric car infrastructure proceeds slowly. But as Volvo bolts towards its 50/50 EV/PHEV target around 2025, he believes the most serious danger lies in not transforming the company fast enough. “We need to go quickly,” he says, “and we need to bring our customers with us. The cars can be even more Volvo than they are now.”

Samuelsson agrees that in the changing world, the old-style infrastructure with which all car companies are saddled is a tremendous problem, although he insists an even bigger problem would be trying to create products that tried to preserve old technology: “Thirty or 40 years ago, there were shipyards where we develop cars today. It’s good for Gothenburg and for Sweden that the shipyards are not there any more. The people working there found new opportunities. In cases like this, I don’t believe we should protect old jobs. It’s better to help people develop new skills.”

Finding a future for Volvo’s engine plant is a prime example, Samuelsson believes. “We could keep our plant as it is but keep slimming it down as demand declines,” he says, “but that would not be very fulfilling for our people and we would lose our top talent. Maybe it’s better to form a new combined engine operation with Geely, building really fantastic hybrid engines for the whole group. If you’re early enough into a change like that, it’s possible your operation becomes interesting to other manufacturers. Let’s see…” 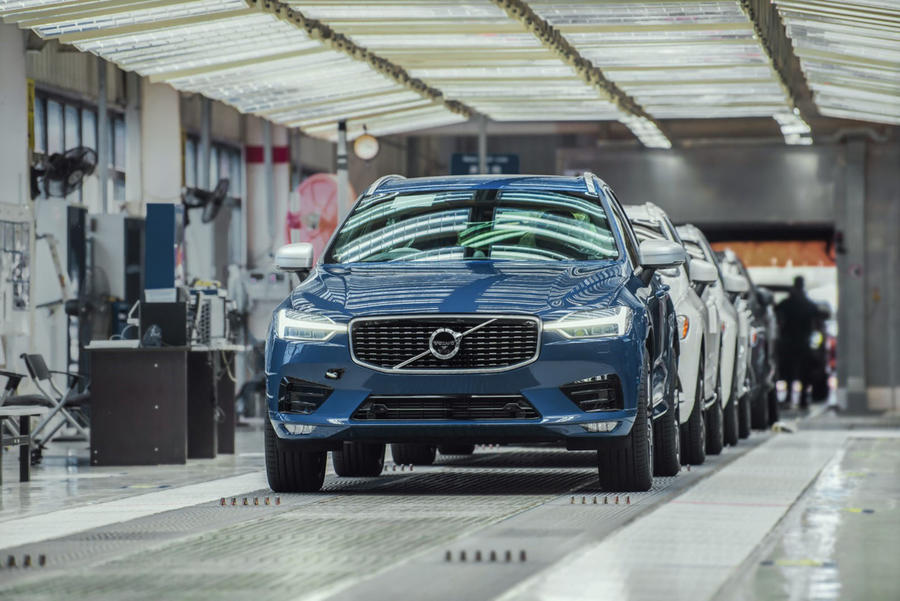 We turn to car sharing, and I expect Samuelsson to talk in generalities like all the others, especially with Covid-19 introducing such uncertainties. But as I’m learning from other topics, he has a clear view of this, too. “It’s shaky at present,” he admits, “a bit like electric cars 20 years ago. That was a great idea no one had mastered. But to me, you have to go back to the purpose of car sharing: if people in big cities want personal mobility without the hassle of owning a car and a garage, we should certainly offer it.” Volvo already has an experimental project in Stockholm called M.

“Plans so far have concentrated too much on short distances,” he explains. “We should stay out of Uber territory and go into conventional usage: a car for a day or a week. And make the system station based. If you allow people to drop the car anywhere, they’ll do just that. Collection costs will be huge. Any solution must both be profitable and provide customer value, not just geared to pumping cars out of a factory. We’re working on all this right now – a product and a procedure – and although we’re not quite sure we have a plan that’s absolutely clear and profitable, I’m optimistic.”

We conclude with a cheerful discussion about Samuelsson’s way of doing his job. He’s not a workaholic, he says (“to work well, you have to be smart”), and he tries to maintain a self-critical distance from the job (“this business is not perfect”). He particularly admires people who deliver big change in business – such as the creator of the Ikea furniture empire, who launched an entirely new idea unaided and from scratch. Now 68, Samuelsson extended his contract a few years ago – to 2020 – but shows no sign of leaving. In any case, he now has a new task: at the request of group chairman Li Shufu, he is starting to promote a merger that will turn Geely’s disparate corporate empire into a more cohesive automotive group.

“This makes it rather difficult to walk away,” he says with a grin. “Besides, I’m very lucky to have this job, the most exciting I’ve ever had. It’s a nice company with many good people, and as long as I feel like this – and they can stand me – I’ll stay a bit longer.”

What's in his garage? (once it's rebuilt) 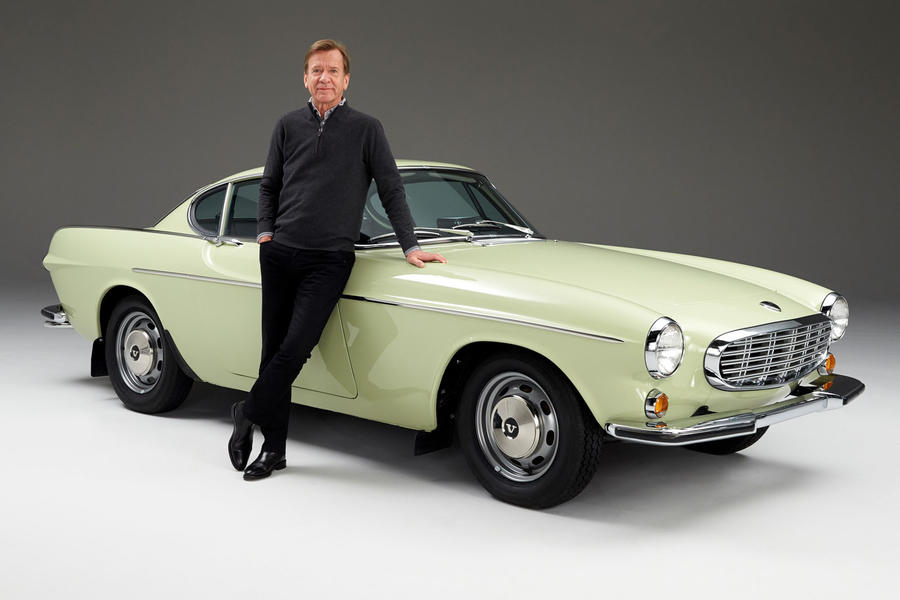 The Volvo boss describes himself as a keen car person, although he’s far too committed to electrification to fit the ‘petrolhead’ description.

“I wouldn’t describe myself as a car fanatic,” Håkan Samuelsson says. “But I’ve always been very interested in cars from the engineering point of view [he has a master’s degree in mechanical engineering] and I’ve always been fascinated to see how things develop.

“I own two really nice cars and I’m currently having a new garage built to accommodate them better. One is a Volvo P1800, the most stylish Volvo ever built. We’ll use that for summer trips and fun. The other is a new Polestar 1, a car I’m very proud of.”

Samuelsson notes that the P1800 was the car used in the 1960s British TV detective series The Saint by its hero, Simon Templar. Of the Polestar 1, Samuelsson says: “I’m sure that if Simon Templar was still around, he’d be keen to have one.”

Elon Musk should have got

Elon Musk should have got this award, Samuelson has achieved a great deal but it's nothing compared to what musk has achieved in just 15 years, let alone the last year in spite of this pandemic. From startup to one of the worlds most valuable car companies in that short time frame. Disrupted every single legacy car maker without question to convert to electric, not including probably full autonomous car driving in the next couple of years etc, etc,etc and that doesn't even include that silly little SpaceX venture you might have heard of. Giving this award to Noddy would have been less insulting. What a joke this mag has become.

Do I get an award for limiting top speed to 112mph too?
WinstonAlexanderson 7 July 2020

I wonder why there is no credit given to the real winner of this award, Chairmen Li Shufu who has pumped billions into this chinese owned and operated company to support atrocities in China such as the muslim death camps and the Hong Kong invasion.Every Volvo owner has the blood of innocent children on their hands.

I wonder why there is no credit given to the real winner of this award, Chairmen Li Shufu who has pumped billions into this chinese owned and operated company to support atrocities in China such as the muslim death camps and the Hong Kong invasion.Every Volvo owner has the blood of innocent children on their hands.

You got evidence of "muslim death camps"?  Care to explain how China has invaded, er... China?