BACK TO ALL NEWS
Currently reading: Vauxhall Astra to receive major overhaul for eighth generation
UP NEXT
New Land Rover Defender V8 gets 518bhp and bespoke styling

The forthcoming new Vauxhall Astra will echo the bold styling direction taken by the Mokka SUV rather than adopt a more conventional look, according to the brand’s design boss.

“What [the new Mokka] is to this segment, that car [the Astra] will be to its segment,” Mark Adams told Autocar. “The boldness and the key elements [of the Mokka] will be coming through. We’re not going to take the same design and morph it into a different shape. We’ll take the same ingredients and develop it around them.”

The next-generation family hatchback, which is expected to be revealed next year and go on sale in 2022, is set to share its platform and underpinnings with the next Peugeot 308. However, Adams claims that he’s able to give Vauxhall’s cars a distinctive look and feel of their own under the new management.

“As soon as we became part of the PSA Group, I had the opportunity to just think about what we want the brand to be,” he said. “That was the brief Carlos [Tavares] gave to me: ‘Right, you can do what you want to do for the brand.’ We had the freedom to take it to where we wanted to go. So we came up with this whole philosophy and the look of the car by thinking about how we want to distil the values of the brand down to key elements.”

As such, the eighth-generation Astra will be substantially differentiated from the 308 externally, much like the Peugeot 208 and Vauxhall Corsa superminis.

Cues such as the distinctive new Vizor front end seen on the Mokka, which Adams described as “almost glasslike” and “where we’re heading generally with all of our products”, will be introduced. 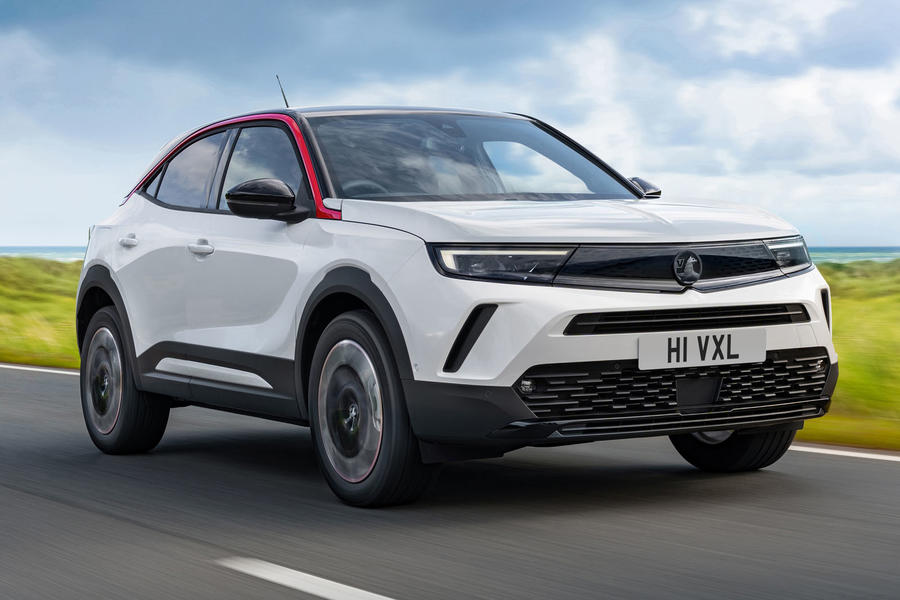 The current Astra sits alongside the Insignia as the last Vauxhall models to feature no PSA influence, having been conceived under General Motors management. The underpinnings and engine range will therefore be entirely new. An updated version of PSA’s EMP2 platform and a new range of three- and four-cylinder petrol and diesel engines are expected.

Although it’s unlikely that an electric version of the Astra will be offered, two plug-in hybrid variants (using the same petrol-electric powertrain as the Grandland X) are expected: a front-driven car and a more powerful (296bhp) four-wheel drive version. The latter is likely to wear a VXR badge as part of Vauxhall’s plan to electrify its sporting brand.

Vauxhall boss: “We need to make vehicles with greater appeal”

It looks like it might be the end of the road for the Vauxhall factory in Ellesmere Port, I have not seen confirmation of this and it wasn't mentioned in this article but there is a report in The Citizen (a South African website) which says that production will be moved from the UK and Poland to Russelsheim. Sad if true.

It looks like it might be the end of the road for the Vauxhall factory in Ellesmere Port, I have not seen confirmation of this and it wasn't mentioned in this article but there is a report in The Citizen (a South African website) which says that production will be moved from the UK and Poland to Russelsheim. Sad if true.

There used to be a guy, think he had russia in his name, on here about 6 years ago. He was always spouting on about ellesmere port closing and that he had inside information etc. Anyway it may happen but then one day the sun wont rise.