BACK TO ALL NEWS
Currently reading: Updated Nissan X-Trail gets Propilot semi-autonomous technology
UP NEXT
Out of character cars: Nissan Nismo GT-R vs Toyota GR Yaris vs Alpine A110

The updated Nissan X-Trail SUV will launch this August with a refreshed look and Nissan's first phase of autonomous technology.

The facelifted Honda CR-V and Ford Edge rival will be available with Nissan’s Propilot 1 system, which can control the car's acceleration, brakes and steering on the motorway in relation to lanes and other cars.

The system, which was launched on the Japan-only Serena MPV last year, still requires drivers to maintain contact with the steering wheel and be ready to retake control should they need to. 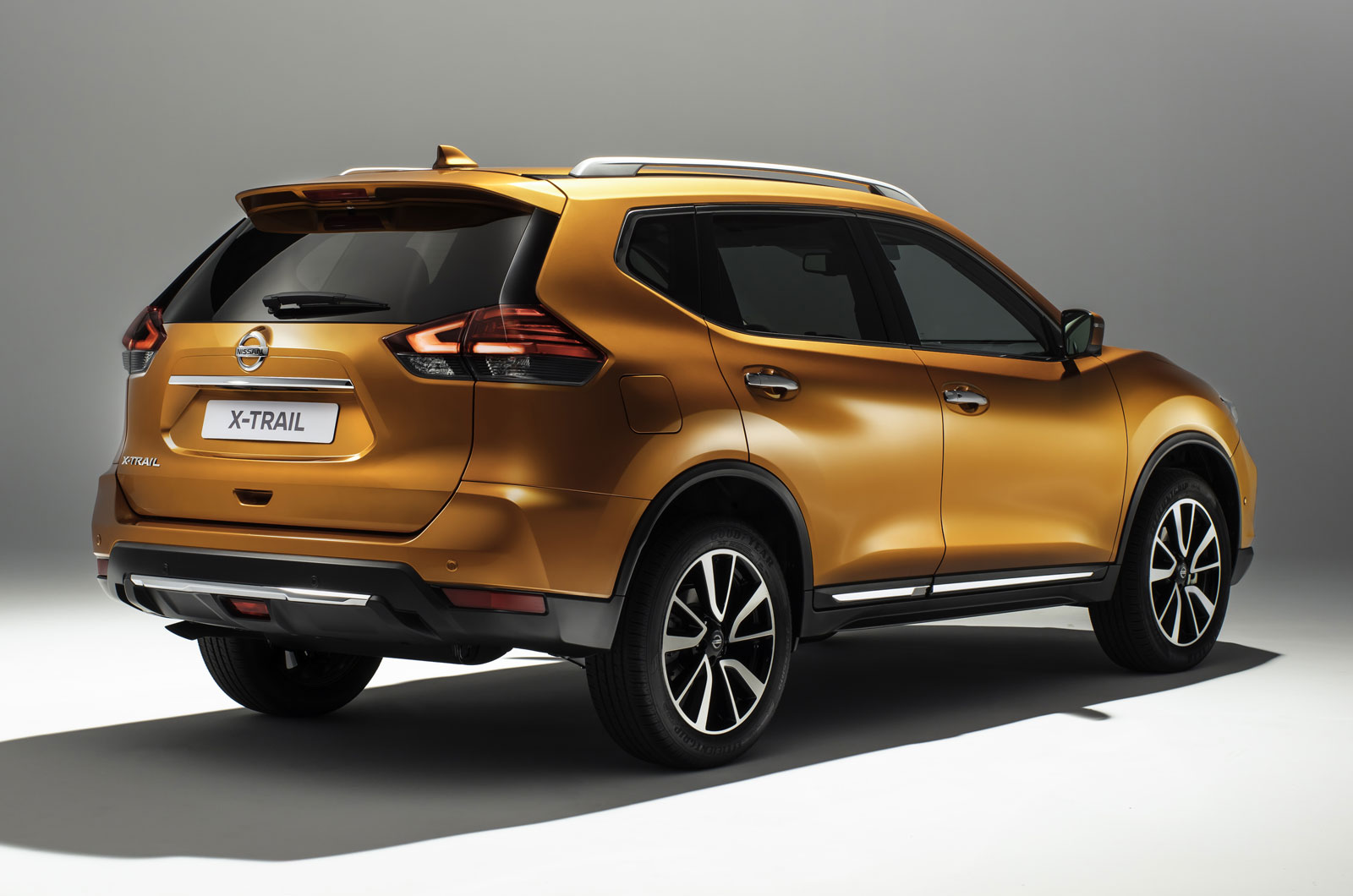 Other driver assist programmes include automatic emergency braking with pedestrian recognition, as well as rear cross-traffic alert, which gives visual and audible warnings if the driver is about to reverse into oncoming traffic.

Nissan Micra to get Propilot autonomous tech within 10 years

The updated X-Trail offers a choice of three engines, all retained from the pre-facelift model. These are a 1.6-litre diesel and 2.0-litre diesel, as well as a 1.6-litre petrol. They come mated to either a six-speed manual or CVT automatic gearbox, and can officially average between 45.6mpg and 57.7mpg.

Nissan has also tweaked the design of its best-selling SUV model, giving it a sharper front end with a new V-shaped grille surround, angular daytime running lights and adaptive lighting technology for the first time.

The car comes with new 17in or optional 18in wheels, and gets some chrome trim on its exterior. Four new paint colours have been added - Orange Pearl, Red Pearl, Blue Pearl Metallic, and Dark Brown Pearl.

Inside, there’s a new flat-bottomed steering wheel and more premium materials, including optional tan and black two-tone leather for the seats and trim. Nissan has also included a new eight-speaker Bose Premium sound system on the options list, while a DAB radio is now standard.

Nissan Connect, the car maker’s infotainment system, also has a more responsive interface that’s designed to work more like a smartphone. It comes with sat-nav as standard.

The Nissan X-Trail has well-judged ride and handling, but it gets expensive when kit is added 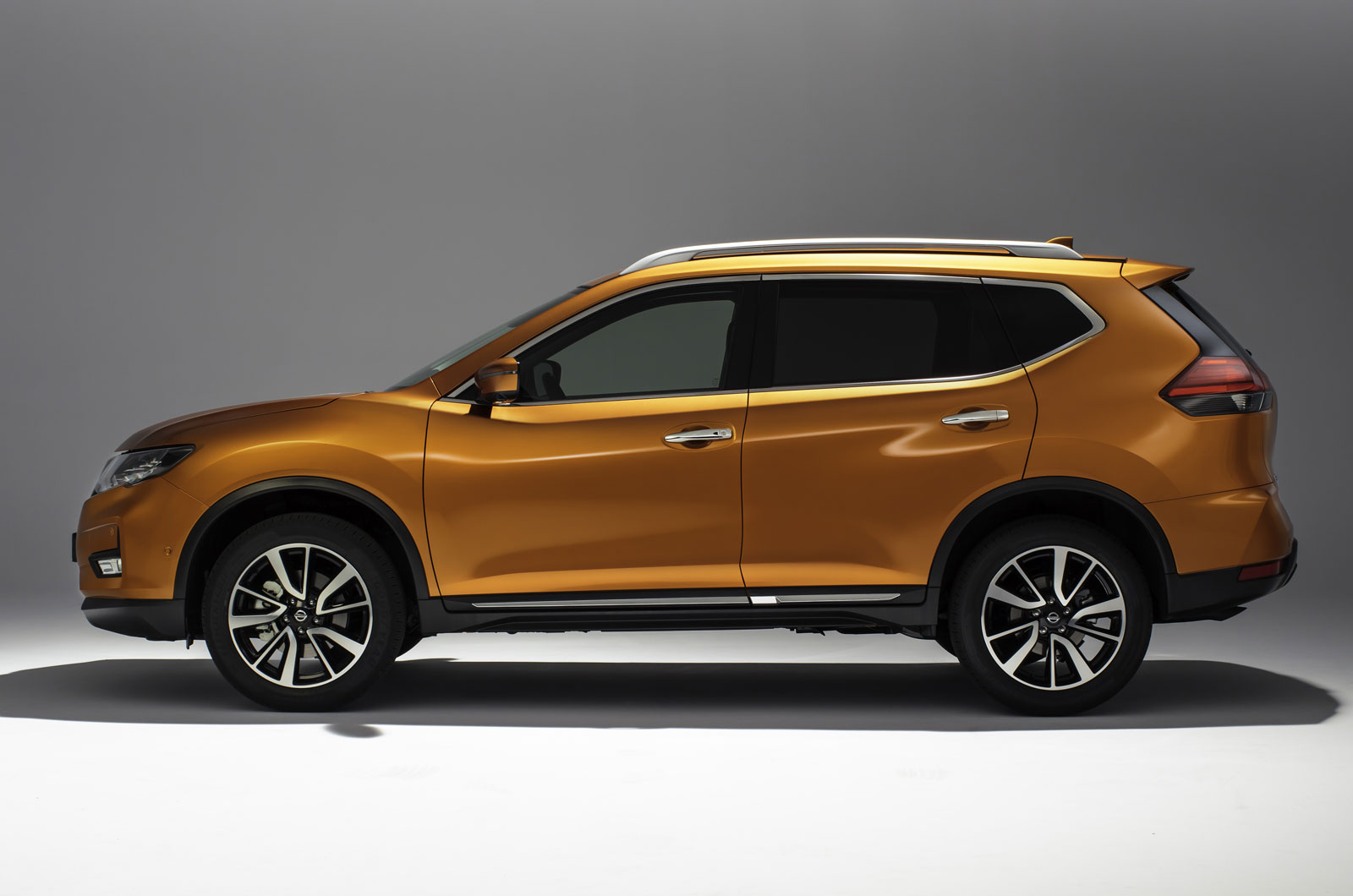 The X-Trail, which is available in five or seven-seater guises, has a repackaged boot to swallow up to 565 litres of luggage – 15 litres more than before – or 1996 litres with the rear seats folded down. The boot features a modular luggage divider system that can be adjusted into nine different configurations. An automatic tailgate with hands-free operation is also available.

Prices are yet to be confirmed for the updated X-Trail, but it's expected to stick close to the outgoing car's entry-level price of £22,855.

Eurrgh, the front end on that thing. Pass the sick bag. It's bad even by jeep standards. The way Nissan are heading it won't be long before they stop making cars altogether and just produce ugly jeep after ugly jeep. They really do need to reverse the trend and put some decent cars on the road again.
Shrub 2 June 2017

But have they modified the front end so that it passes the small overlap crash test for right hand drive versions?