Concerns over range and charging infrastructure development are bigger barriers for potential EV drivers than the higher price of such cars, according to the UK boss of Citroën, DS and Peugeot.

Speaking during an Autocar Business Live event on whether 2021 is the year the electric car comes of age, Alison Jones – a senior vice-president of the new Stellantis group with responsibility for the UK operations of the firm’s French brands – said that it's still necessary to educate customers to consider the total cost of ownership of an EV compared with an ICE car, rather than just the sale price.

“For fleet customers it’s an easier conversion, because considering total cost of ownership including the purchase price and running costs is how fleet customers manage,” said Jones. “On the retail side [for private customers] it’s harder, because you have more variables.

“PCP deals are a key way people buy cars in retail, so you have a conversation about the monthly cost for that and then have to talk about the lower monthly running costs [of an EV].

"But that’s not the only thing customers are thinking about. They also think that switching to an EV is a big step, in terms of usage because of the differences between cars, with factors such as range anxiety, charging infrastructure and where they can charge their vehicles.

“The price you pay for a new electric vehicle isn't the only consideration for potential customers; there are other barriers that people are thinking about, which are maybe bigger barriers at this time.” 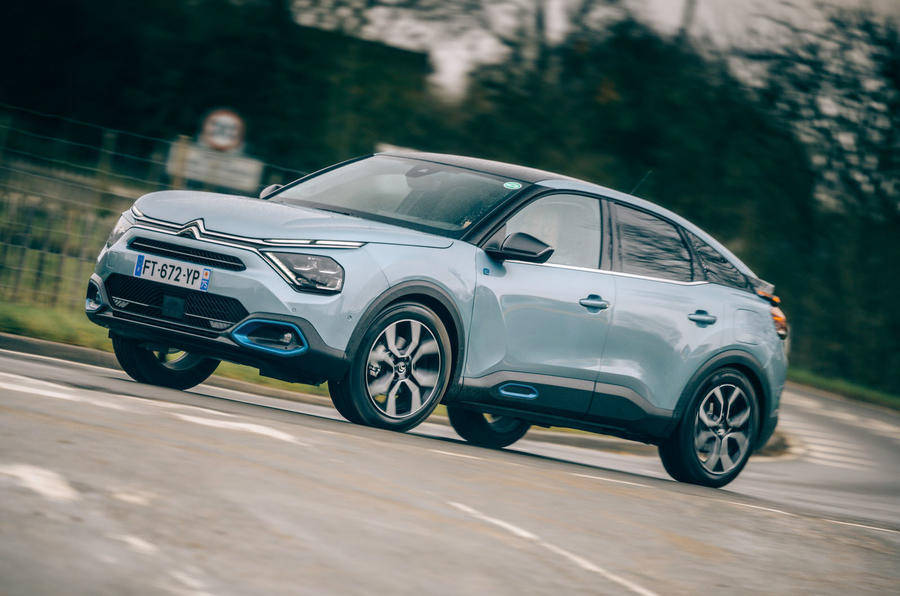 Citroën, DS and Peugeot are developing vehicles on new PSA Group-developed platforms that can variously accept both ICE and either fully electric or plug-in hybrid powertrains, and Jones said the focus is on “making sure consumers have access to the powertrain they want”.

With tightening CO2 regulations and the UK government’s planned 2030 ban on the sale of new ICE cars bar a limited number of hybrids, firms face pressure to encourage customers to switch to EVs.

Jones added: “We’ve had to do education for customers to show how they can live with [electric] vehicles. Incentives from governments have key in that push, both in terms of the plug-in grant [for buying an EV] and the potential benefits and incentives available for charging.

"The other vital part is the infrastructure and making sure [that] in the future, it’s as easy to get electricity as it is [liquid] fuel.”