BACK TO ALL NEWS
Currently reading: Skoda Kodiaq facelift teased ahead of online launch
UP NEXT
High-rise hot hatches: Hyundai Kona N vs Cupra Formentor

The facelifted Skoda Kodiaq will be revealed in a digital event on 13 April, when a number of cosmetic changes are expected to be shown in full for the first time.

In a teaser video released ahead of the launch, Skoda has given a glimpse of several exterior elements that have been reworked to give the large SUV a boost midway through its lifecycle.

The Czech brand says that the front of the car has been redesigned to be more striking and upright, with a hexagonal grille set to replace the current arrangement. 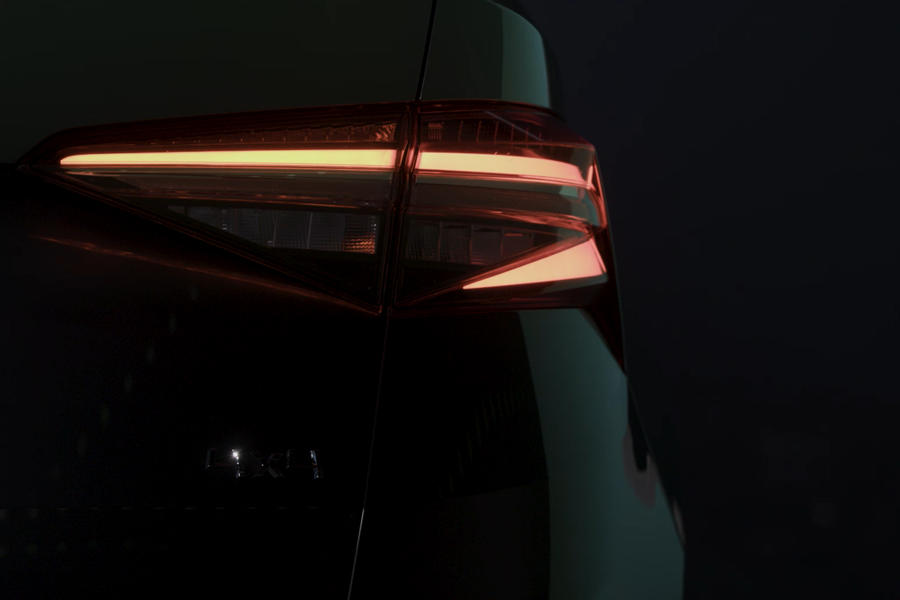 The headlights have been slimmed down and Skoda has introduced a separate LED module beneath these to create "a new four-eyed look".

At the rear, the lights are more slender than before and feature what Skoda calls crystalline structures in their design.

More practical information regarding engine options, performance figures, on-board equipment and prices should be announced next week, although the option of a seven-seat version will remain.

A new sporty vRS model is also anticipated at some stage: this was pulled from sale in the latter stages of 2020 due to emissions rules, but Skoda insisted that it would return in 2021.

The Kodiaq arrived in 2016, and more than 600,000 examples have been sold across the globe since its launch.

Skoda Kodiaq vRS to be removed from sale due to emissions

Wow...generic dull SUV given more generic dull looks...can't wait.  Is this all the VW press office have for us this week?

Not by this teaser nonsense for an overpriced, boring family SUV, but because it's only 8 and a bit months to Christmas.

Why bother with all the fuss? SUVs are all indistinguishable one from the other.

Unlike hatchbacks, saloon, estates and MPVs.