BACK TO ALL NEWS
Currently reading: Road test rewind: TVR Sagaris
UP NEXT
Forgotten Genius: Remembering the Renault 5 GT Turbo

2005 saw Blackpool-based TVR under new ownership, but work on what would become arguably its most eye-catching model had begun under the previous regime. When it arrived at the Autocar office, it made quite the impression:

TVR may consider the Sagaris to be its finest creation yet – but we can’t help thinking they made a terrible spelling mistake with the name. Surely, they should have called it Thugaris? This car looks like the result of some bizarre scientific experiment involving a giant insect, an MGB GT and a wind tunnel. But what it represents, according to TVR, is a radical improvement for the factory in terms of build quality, performance and chassis dexterity.

It’s surprisingly small, yet the drama of its stance and its details lend it massive road presence. Beneath the bonnet, but mounted so far back in the chassis as to make for a front/mid-engined designation, lies Blackpool’s 3996cc aluminium straight six tuned to produce 406bhp between 7000rpm and 7500rpm and 349lb ft at 5000rpm. Suspension is via unequal-length double wishbones at each corner, coupled with coil springs more than two times stiffer than those of any previous TVR road car, which marks a radical change in dynamic philosophy. Meanwhile, new company owner Nikolai Smolenski has also altered the way his cars steer, dialling down the aggression and slowing the Sagaris’s rack to two full turns between locks. 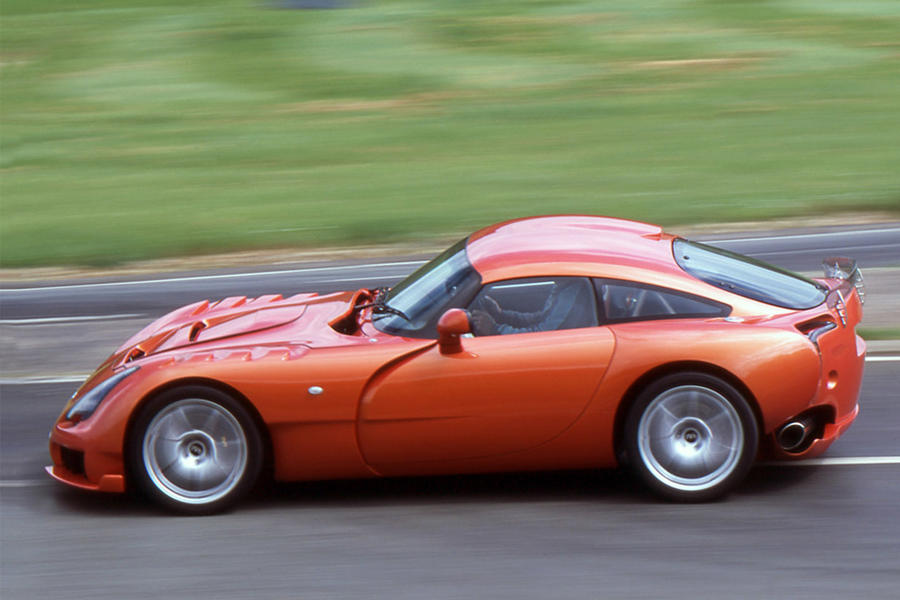 The car’s surprisingly progressive part-throttle acceleration is to do with two things: the length of travel of the accelerator pedal and the length of the gearing. This is a car geared to top 60mph in first gear and 100mph in second. Only once you’ve processed that can you realise just how fast it is. By the time 60mph arrives, the juggling act between throttle, clutch, tyres and Tarmac is barely resolved; and still it’ll come up in under 4.0sec. In most situations and conditions, this car’s depth of performance potential far outweighs any opportunity to exploit it.

The ride is firm but not in an uncomfortable way. At high speeds, its body control is a lot more precise than TVRs used to be, and it changes direction quickly without feeling neurotic. This is a car with which you’ll naturally want to attack corners with confidence. It’s not a car that feels as if it might bite and it can be steered on the throttle, although on the road only the unusually brave or naturally overambitious should attempt such antics because steering lock is in short supply. 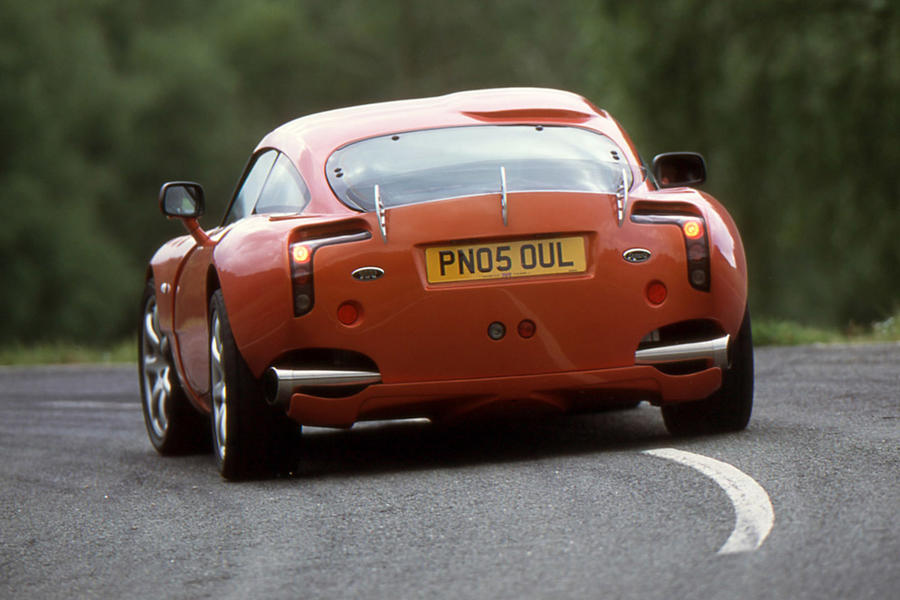 It may be unfair to call it the car that previous TVR owner Peter Wheeler never quite delivered, but the Sagaris is undoubtedly the most accomplished and best TVR to date. Its staggering pace and styling are familiar company traits - but it’s completeness that distinguishes it. There’s polish in almost everything it does.

What a first impression the Sagaris made - Matt Saunders

I distinctly remember the commotion caused by the arrival of the road test Sagaris at our Teddington office. And I consider myself lucky to have been around back when that noisy, bonkers-looking, garishly coloured thing in the car park would very likely have been one of these glassfibre marvels from Blackpool.

The Sagaris was unhinged even by TVR’s standards. It was a statement: new broom Smolenski’s message to the faithful that he wasn’t about to let the company go soft. I’ve seldom been as shocked by the sight of a car as the day I clapped eyes on one. The imitation vent slashes on the front wings were a singularly aggressive feature; and while they weren’t ‘real’, little did we know how common a part of aerodynamic performance car design they’d become.

But what I remember clearest from that first acquaintance were the crazy lateral-exit exhaust pipes. I had a long wait for a drive and watched as staffer after staffer blasted away from the office car park, each setting off a different car alarm on a parked Nissan Primera or Mercedes E-Class. Would those pipes even spit flame, we wondered. Would toasted trouser leg be leafy Teddington’s dish of the day?

How much better was the

How much better was the Sagaris than other TVRs? Looking at the used market, huge choice of tempting TVRs available around £20-30k, but a pampered Sagaris is around £70k. That's a huge discrepancy.