BACK TO ALL NEWS
Currently reading: Road test rewind: Ariel Atom V8
UP NEXT
Sorry, wrong number: the forgotten problem of car clocking

Nine years ago, the Ariel motor company unleashed its most unhinged lightweight track special to date. We just had to get one in for a full road test. Here's how it performed:

Since its introduction, the Ariel Atom has been well represented in this magazine, dominating 0-100-0 contests, appearing in features, group tests and long-term reports, and has even found homes in the garages – dreamed and real – of our staff. But we’ve never road tested one – an oversight we’re righting with this extra-special, £150,000, V8 version.

When it comes to the Atom’s design, function is king. No other production car puts raw engineering so blatantly on display. Chassis maker Arch Motors bronze welds all areas of the spaceframe on the V8 model, whereas lesser Atoms get electric TIG welds in the engine bay. Unequal-length double wishbones are used front and rear, with pushrods all round activating adjustable coilover spring/damper units. The car’s fully fuelled weight as tested was 650kg. 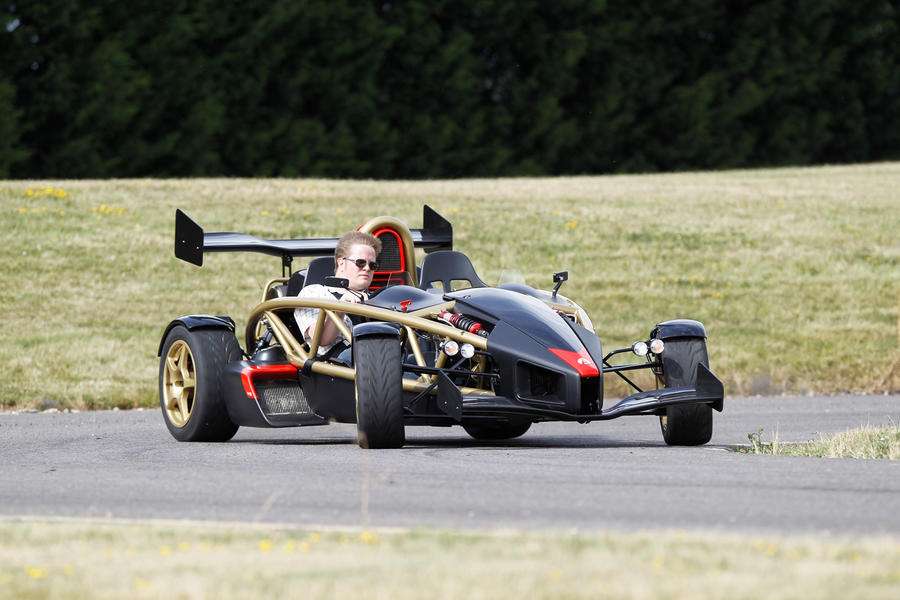 If you’re passing 30mph on full throttle, this car will hit 70mph just 1.9sec later. In third gear, it will dispatch any 20mph increment between 50mph and 100mph in no more than 1.5sec. And that’s with two occupants on board.

After hitting 60mph in 3.02sec precisely, the car takes 5.7sec to reach 100mph, after which the aerodynamics start to take control. Nonetheless, the Ariel is a scintillatingly fast car, but not in the same way as a hypercar. You’re acutely aware of its lack of inertia and there’s no build-up of thrust: you just think yourself down the road.

Compared with the ‘regular’ Atom, the V8’s spring and damper settings are stiffened in its baseline factory set-up so as to be better on a circuit than on the road. On a bumpy road, the regular settings can leave the car skipping around a bit, but one of the joys of this car is how it responds to being adjusted; for tyre pressure, ride height and damper setting. It’s hugely communicative.

It’s a struggle to get heat into the lightly loaded Toyo tyres and there’s a bit of steady-state understeer to work through on a track, but the steering itself is brilliant, with terrific road feel. 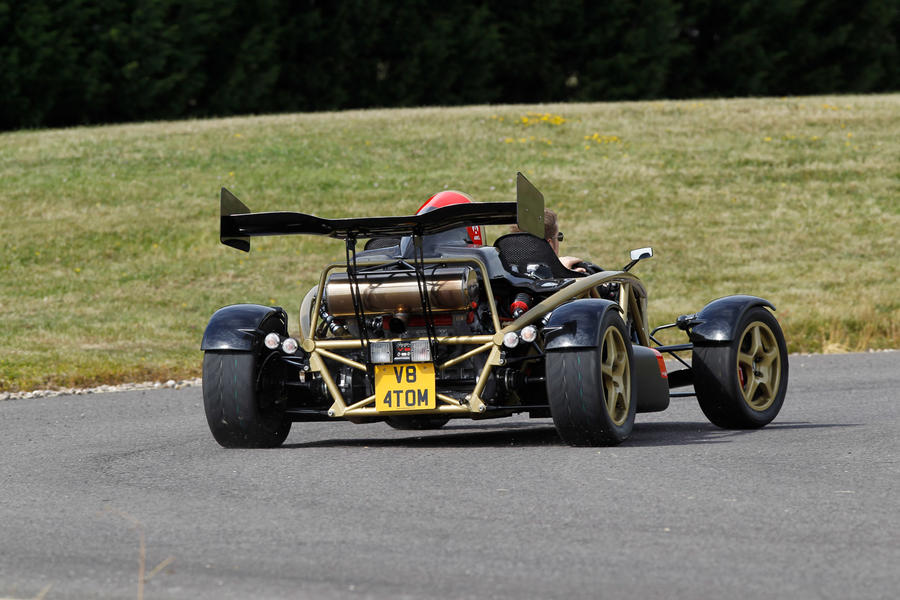 Ariel has understood that the Atom V8 shouldn’t just be about excess and has instead allowed it to be all it could be: a work of rare brilliance. Where there is pace, there is also real feel and finesse. For drama, it is unmatched, and in its technical prowess, nothing short of a racing car rivals it.

Are you sitting comfortably? Then I'll begin

The wonderfully unhinged Ariel Atom V8 came a little bit too early for me. In 2011, it was probably only the third or fourth Atom I’d driven – and it takes a few attempts to really get comfortable both in and with one.

To fellow longer-legged drivers, I’d say: don’t hop in and shoot off immediately the first time you drive any of these cars. Adjust the seat first. It’s not easily done in an Atom of the V8’s vintage, a single-piece, two-berth seat moulding adjusted via Allen screws. But if you’re taller than 6ft 2in, you’ll probably need all of the available leg room; and it’ll free up some useful extra elbow room, too. 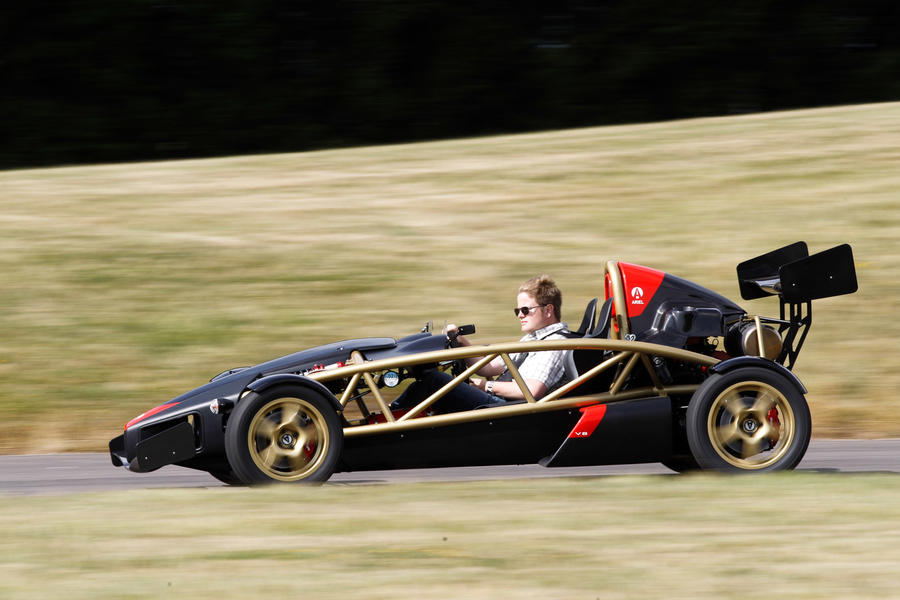 It was bone dry on the day we did photos and figuring. I recall vividly the ridiculous noise the car made – and being amazed at how little of it you could ultimately hear as a result of the even more ridiculous rate at which the wind howled past your head. God, I remember the neck strain as well, now I think back.

The extra weight of that engine, and the pace it created, made for an even more lively and physically demanding track driving experience than in most Atoms – but had I known then what I know now about how to get comfy in the car, I’d have been even more up for the tussle.