BACK TO ALL NEWS
Currently reading: Renault Scenic returns as radical EV with hydrogen range extender
UP NEXT
Official: Ford Bronco 4x4 coming to Europe in 2023

Renault will revive the Scenic in 2024 as a bold electric SUV, which it has previewed with a concept car featuring a radical hydrogen-electric powertrain.

Taking up the baton from the MPV built from 1991 to 2022, the new Scenic will sit above the Renault Mégane E-Tech Electric SUV in Renault’s EV line-up.

It will be launched with a conventional battery-electric powertrain, but the hydrogen- electric system in the concept reflects Renault’s “broader vision”, with the company citing that the hydrogen propulsion system would become more prevalent beyond 2030 for use in light commercial vehicles.

Unlike previous generations of the Scenic, it takes the form of an SUV rather than an MPV. 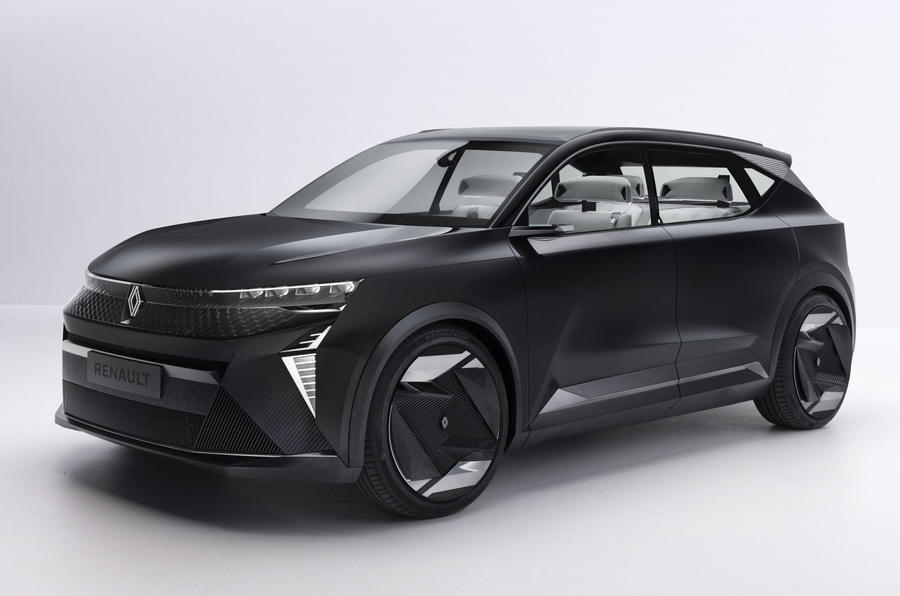 Renault said the concept is “a modern design with a sustainable underbelly” and showcases sustainability initiatives centred on three main points: environment, safety and inclusion.

The wraparound light bar and slim LED headlights draw a visual link to the Mégane E-Tech Electric, but the striking new light signatures lower down are part of a wider package aimed at giving it a unique – and much more angular – character.

In place of a front grille, the Scenic features a flush panel decorated with a motif based on Renault’s diamond emblem, although it’s unclear whether this will make production.

Electrically operated rear- hinged doors are opened via the touch-sensitive Renault logo on the door, and there’s no B-pillar, which Renault says improves ingress and egress, but these features are unlikely to be included on the final car.

More fun than most electric family hatches, yet also efficient and comfortable, the Megane E-Tech Electric is comprehensive and compelling

Renault design chief Gilles Vidal stated that the exterior design will evolve but that the concept is 90% ready for production in 2024. 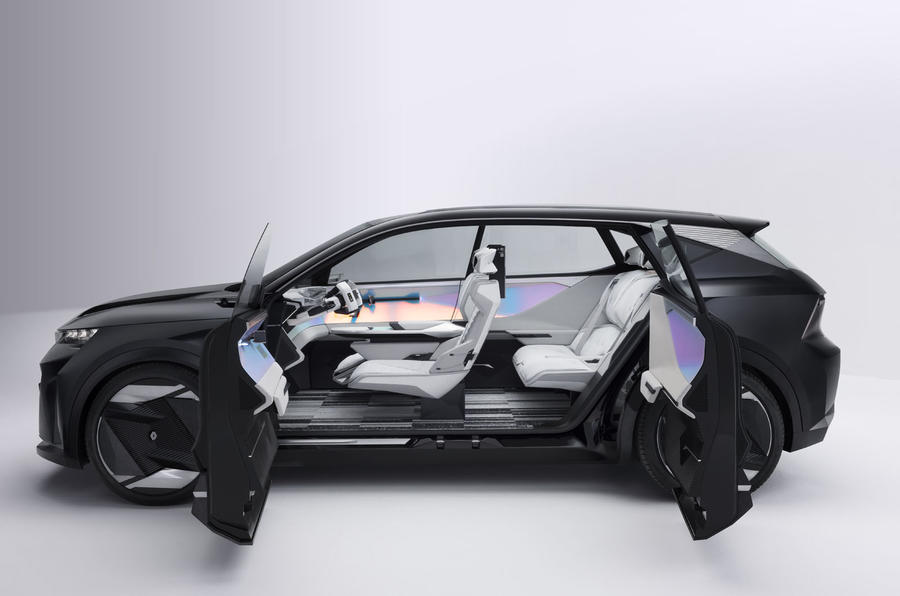 The Scenic Vision’s powertrain is mostly conventional, pairing the Mégane E-Tech Electric’s front-mounted 215bhp motor with a smaller (40kWh) battery, but innovatively, it adds a 15kW underfloor hydrogen fuel cell for charging the battery on the move.

Renault estimates that from 2030, the hydrogen refuelling network will be such that it will be possible to drive 500 miles without stopping to charge, drivers instead needing to stop for only five minutes to refill the hydrogen tank.

Renault Group engineers are developing an all-new architecture for hydrogen- electric vehicles. Currently in the prototyping phase, it’s part of the company’s ongoing commitment to development of alternative powertrains. It’s designed specifically to house a battery, a motor, a fuel cell and a hydrogen tank.

Vidal explained that the CMF-B EV platform (soon to be introduced by the reborn 5 supermini) was considered for creating the Scenic Vision, but ultimately the experimental platform was preferred for optimal powertrain packaging. However, the 2024 production car will use the same CMF-EV platform as the Mégane E-Tech Electric, with the hydrogen platform unlikely to be used on a production vehicle until the 2030s. 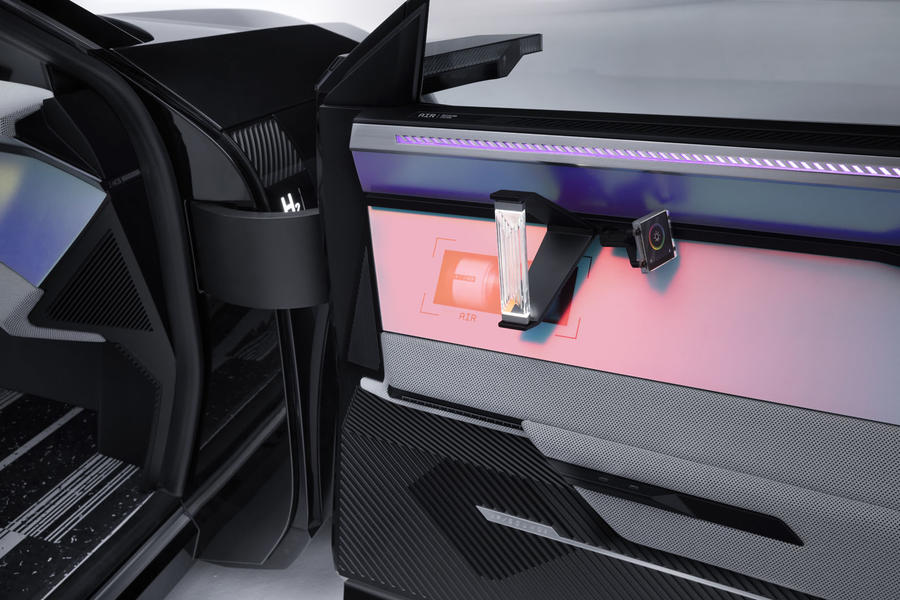 The Scenic Vision is made from 70% recycled materials, of which 95% are recyclable, including the battery, and that focus is embodied by a minimalist interior that majors on eco credentials.

The floor and seats, for example, are made of 100% recycled undyed plastics, the headliner is made of particulates generated by urban pollution and each technological element is said to be easily interchangeable to ensure that the car always contains Renault’s latest tech and avoid the need for owners to switch into a newer model.

Recycled materials will play an integral role in Renault’s transformation strategy, making up 25-35% of the 2024 Scenic EV. Maximising space was a priority, too: the seat supports are attached to the door panels to make entry easier and the dashboard moves back and forth with the driver’s seat to free up space in the front.

Other features include microphones and speakers in every seat to create a “unique sound environment” for every passenger, a screen on the steering wheel that shows the back seats and swivelling dashboard screens that position themselves according to where the driver is looking. 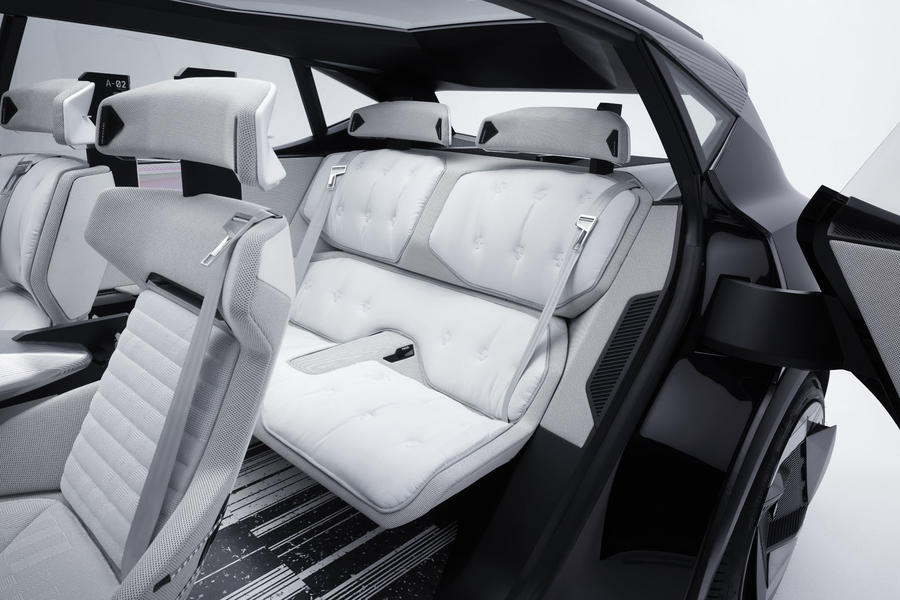 The cabin features an array of active systems to improve safety. The concept has an extra-large screen, spanning the width of the dashboard, that uses cameras to improve forward vision by as much as 24%, according to Renault.

Renault has also added the Safety Coach system, a new feature that analyses the driver’s behaviour, gives them a score and then suggests ways to improve. The system is able to detect risky behaviours and encourages safer driving practices and could thereby reduce fatal collisions by 30%, Renault claims.

Adjacent to the steering wheel are several configurable widget screens, each of which has a different function.

Facial recognition has also been added to allow each driver to have the interior automatically customised to their own preference. Renault has also integrated a number of new features aimed at boosting efficiency, including flaps on the 21in wheels that close at speeds above 6mph to improve aerodynamics and then open again at low speeds to cool the brakes. 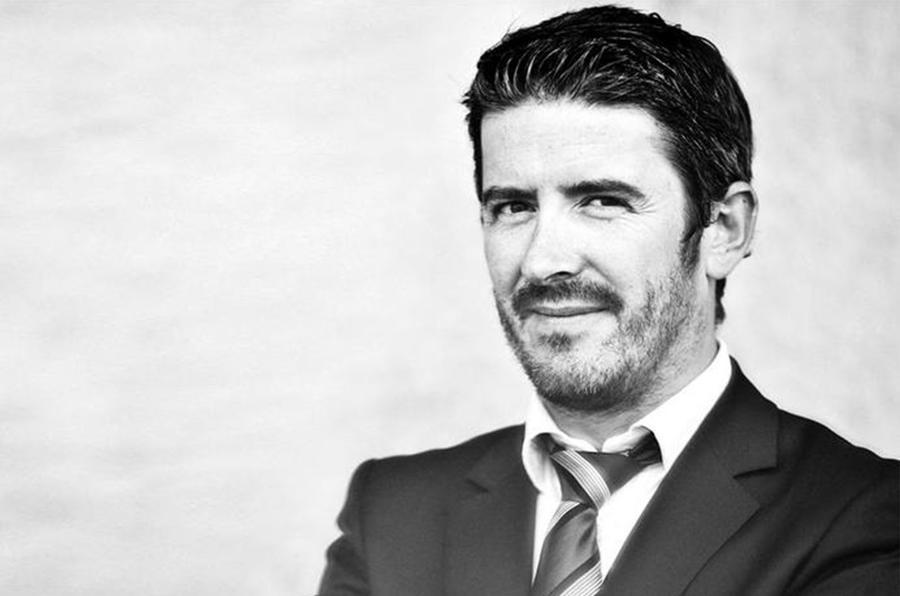 Why revive the Scenic name?

“For me, Scenic is the concept of an interior, which is why the exterior doesn’t matter. So far, there have been four monovolume Scenics, and you would expect the next one to be the same, but we aren’t going to do that. For me, Scenic is a statement: it’s about how you live in a car.”

Will the Scenic Vision form the basis of future Renault design?

“As long as you have a clear principle for your brand, you can play around with it for different models. The light signatures will be used in the Scenic and also across the range in different ways, but always with the connection to the Renault logo itself.”

Why is Renault so focused on sustainability? 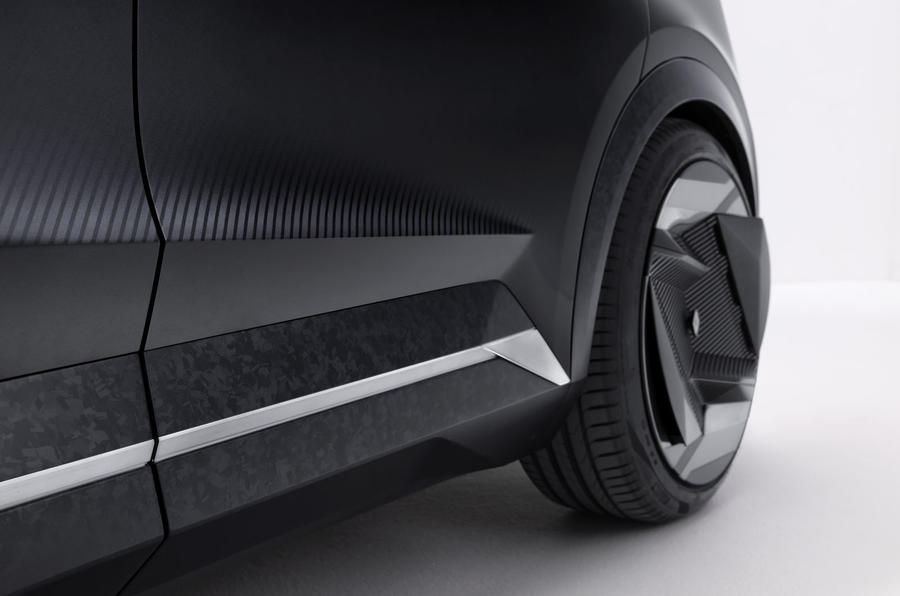 “After four generations of Scenic, the world has changed quite a lot. The car is nearly 100% recyclable, but we want to dig even further. Everyone can add sustainability, but we have added it visibly through the floor, seats and bodywork.”

How will hydrogen form part of Renault’s future?

“If batteries for electric cars come quickly like everyone expects and if they’re better than we think, then maybe hydrogen is dead. But as a company, you want to be everywhere and you want to be able to react. We need to be experimenting, because one day a hydrogen car might make sense.”