BACK TO ALL NEWS
Currently reading: Peugeot 508 GT to come with high-output all-wheel drive hybrid system
UP NEXT
New 2026 Polestar 6 confirmed as 874bhp evolution of O2 concept

Around 200bhp is expected to be offered by the 508 PHEV’s four-cylinder engine, with the motor providing an additional 100bhp
Open gallery
Close

The Peugeot 508 range will be boosted by a new high-output hybrid model next year, offering range-topping pace and pure-electric capability in cars equipped with the sportiest GT trim.

The 508 PHEV will combine a mild hybrid turbocharged 1.6-litre petrol engine set-up to drive the front wheels with a rear-mounted electric motor.

The same system will first be used in the DS 7 Crossback E-Tense, which is also based on the PSA Group’s EMP2 platform, next year.

Around 200bhp is expected to be offered by the 508 PHEV’s four-cylinder engine, assisted by a starter/generator motor. The motor driving the back wheels will provide about 100bhp and enable a pure-electric range of 31 miles (on the WLTP test cycle). It will use energy supplied by a lithium ion battery located beneath the boot floor. 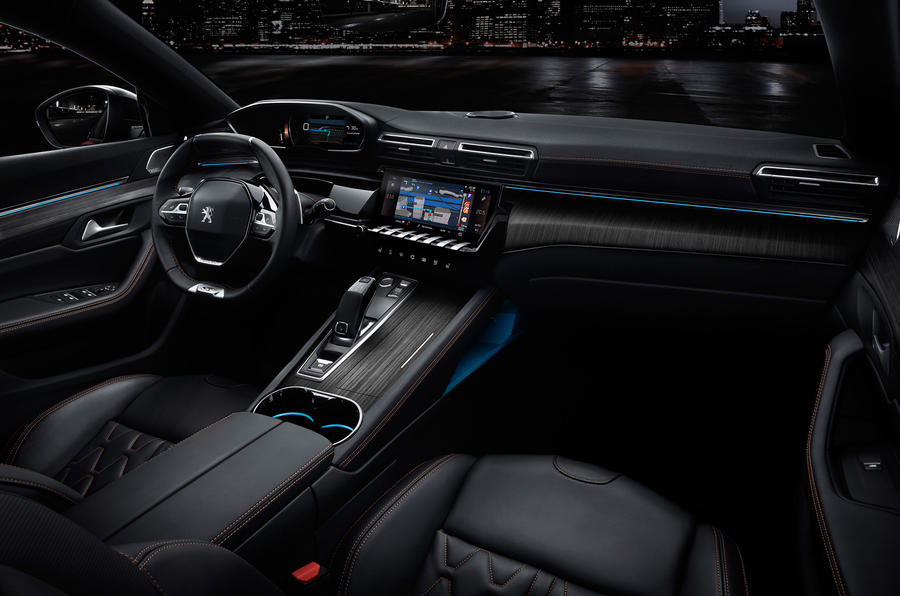 A company insider told Autocar that this location, which is normally reserved for the spare wheel, was chosen from the very start of the EMP2 platform’s development, so it has no impact on boot space or cabin practicality in the 508 fastback or SW (estate) bodystyles.

It is likely that the 508 PHEV’s powertrain will come exclusively with an eight-speed automatic gearbox, although the rear motor will run independently and drive the axle with direct drive reduction gearing. This layout will be shared with the upcoming plug-in hybrid versions of the Peugeot 3008 and Peugeot 5008, which are both also EMP2-based.

Peugeot’s push for electrification is part of PSA’s ambitions to electrify every model in its range. The strategy aims to provide larger cars with plug-in hybrid versions, while smaller CMP-based cars, such as the 208, will spawn fully electric variants.

We’ve had two punctures in

We’ve had two punctures in the last 9 months. Both split sidewalls after hitting potholes, so not repairable using goo and an inflator.

Hence when we bought a new car recently, the space saver spare was a mandatory option for us. 20 minutes to swap the wheel then replace at my convenience is way better than being stuck miles from anywhere waiting for a low loader to bring us home, and then taking the next day off work to get the car sorted.

Talk about missing the point!

Talk about missing the point!  Boldly embracing the future of powertrains, but fear of not having a full-size spare ? I think top Pugs get the SOS button, similar to OnStar. Anyway, foam is enough to get you to a tyre shop.

300hp sounds like fun in this..highly liekyl to be pushing £40K though, which means it'll probably be a rare beast..

To suggest that not having a

It was about 10 years ago, and having a spare tyre in the boot was very useful then. Next one could be anytime, and i will have a spare tyre with me if/when it happens

I've been very lucky and had at least one puncture in every car I've owned. I've also been a passenger in someone else's car that had a flat on 3 occasions!

I honestly think a spare wheel is better than the puncture kit,it can be a spacesaver .We have 5 cars and get about one puncture each year. I am informed that the trouble with the kit is that if you need to use it and it hopefully works,ie the hole is not a gash,the co2 in the canister works etc ,then it will wreck the tyre and you can't repair it . so if you have ararer tyre yo uwould be either being rouipped off for a replacement or strugle to locate one

April 2016 on holiday in Italy. The C3 Picasso I had didn't have a spare. The spray device was useless so I had to ring the hire company, but I had no mobile coverage. I had to drive some distance on the flat tyre until I could get a signal. Ended up with a bill for something like €600 for a new tyre, new wheel and a tow and never got the car back because a weekend intervened.

Never hire a car without a spare.