222bhp flagship sits atop a more petrol-friendly range, with hybrid to follow as Peugeot battles SUVs with a fastback saloon
Open gallery
Close

Peugeot has switched the 508 from saloon to a fastback bodystyle for its second generation, as the segment battles growing SUV sales.

The new 508, which was revealed at the Geneva motor show, gets a new 5-door body style, as well as styling derived from the Instinct shooting brake concept, revealed at last year’s Geneva show.

The 508 will get a range-topping plug-in hybrid variant post-launch, with the powertrain taken straight from the 5008 plug-in, due later this year, but it will not have to sacrifice boot space or cabin room to accommodate its batteries like some rivals do, according to 508 project design lead Pierre Paul Mattei. 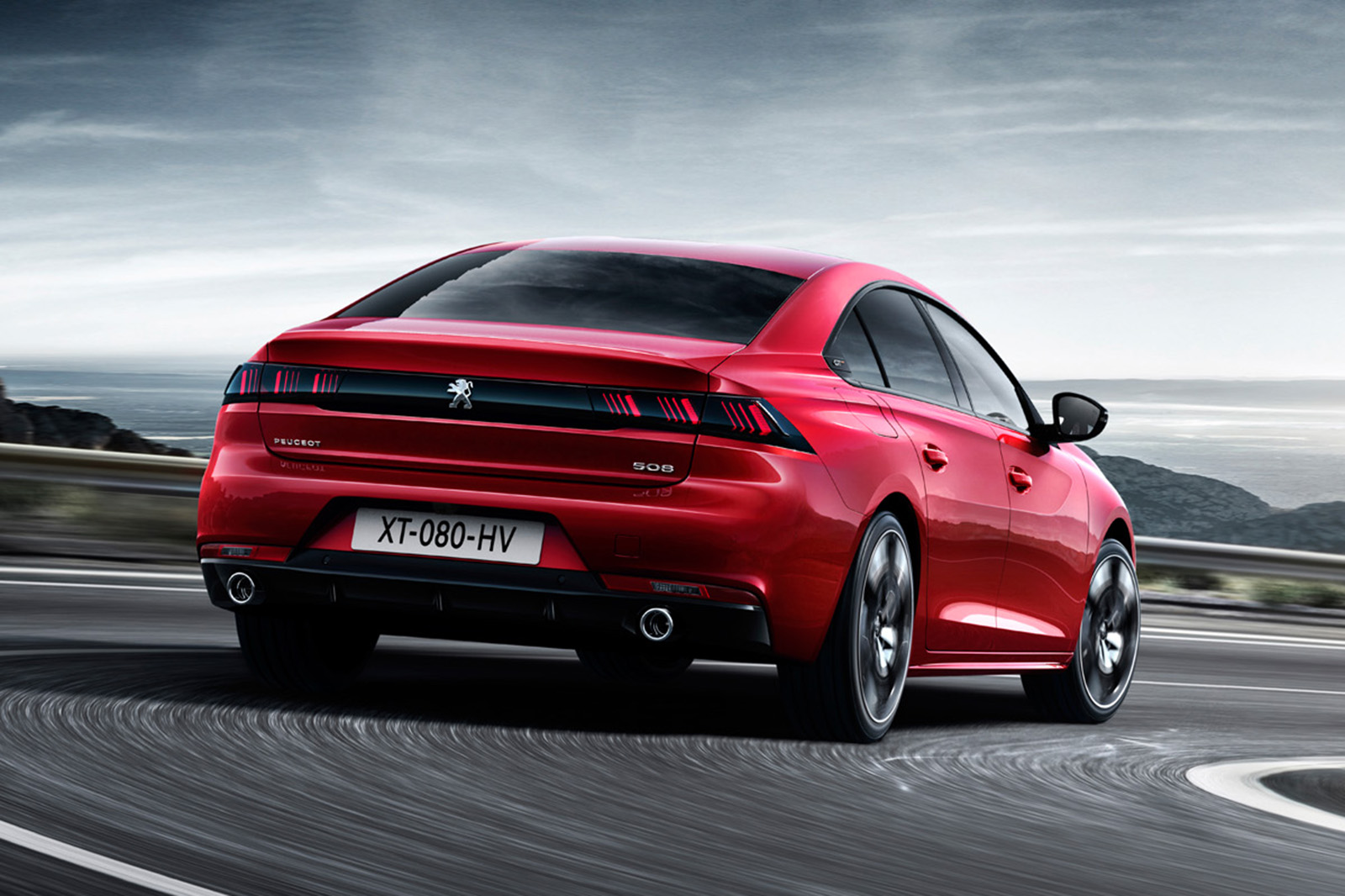 Mattei exclusively told Autocar that the 508’s EMP2 platform was developed from the very beginning with “tight packaging” in order to enable Peugeot to offer an electrified powertrain from mid-2019 without impeding practicality.

“Our team of designers spent a year and a half, which is longer than usual, with engineers to access the best technology and knowledge for this car’s platform,” he said. “We have been able to break the conventions for design proportions while keeping those performances [such as boot space] unaffected in the architecture.”

The car’s batteries will be located beneath the floor of the boot without impacting load space, although the space for the spare wheel is lost. This has enabled Peugeot to provide the PHEV with enough power to provide a 31-mile pure electric range (WLTP), which is six better than the plug-in BMW 330e offers. 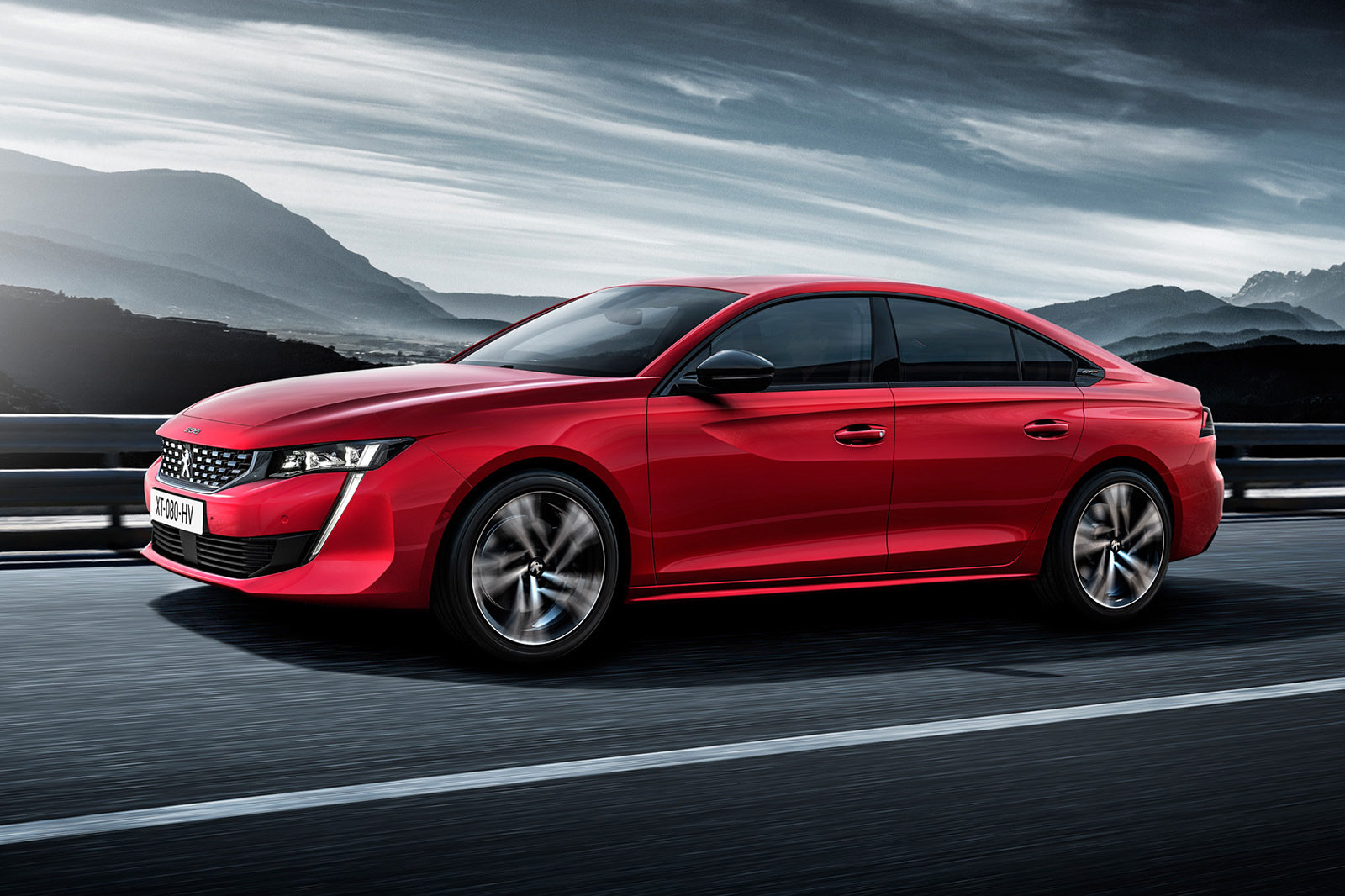 The 508, formerly a staid-looking four-door saloon, is now a now a much more stylish bustle-backed five-door with frameless doors and “sharp and sculpted” lines. It is around 6cm lower than most rivals in its class, and looks low and sleek even though it is about 8cm shorter overall.

A rear light bar with LED lights is taken straight from the Instinct concept, and front-end styling draws from the car’s more aggressive look than the outgoing 508.

Other tech highlights include a raft of driver assistance systems, as well as an infra-red camera integrated into the car’s pedestrian detection system to aid in detecting pedestrians at night. Inside, the 508 gets Peugeot’s second-generation i-Cockpit system, with a 10in central touchscreen and 12.3in TFT display replacing conventional dials behind  the steering wheel.

Where the previous 508 sales were almost exclusively diesel, Peugeot expects a higher petrol bias for the new car around a 68/32 split in favour of diesel is expected by the brand. 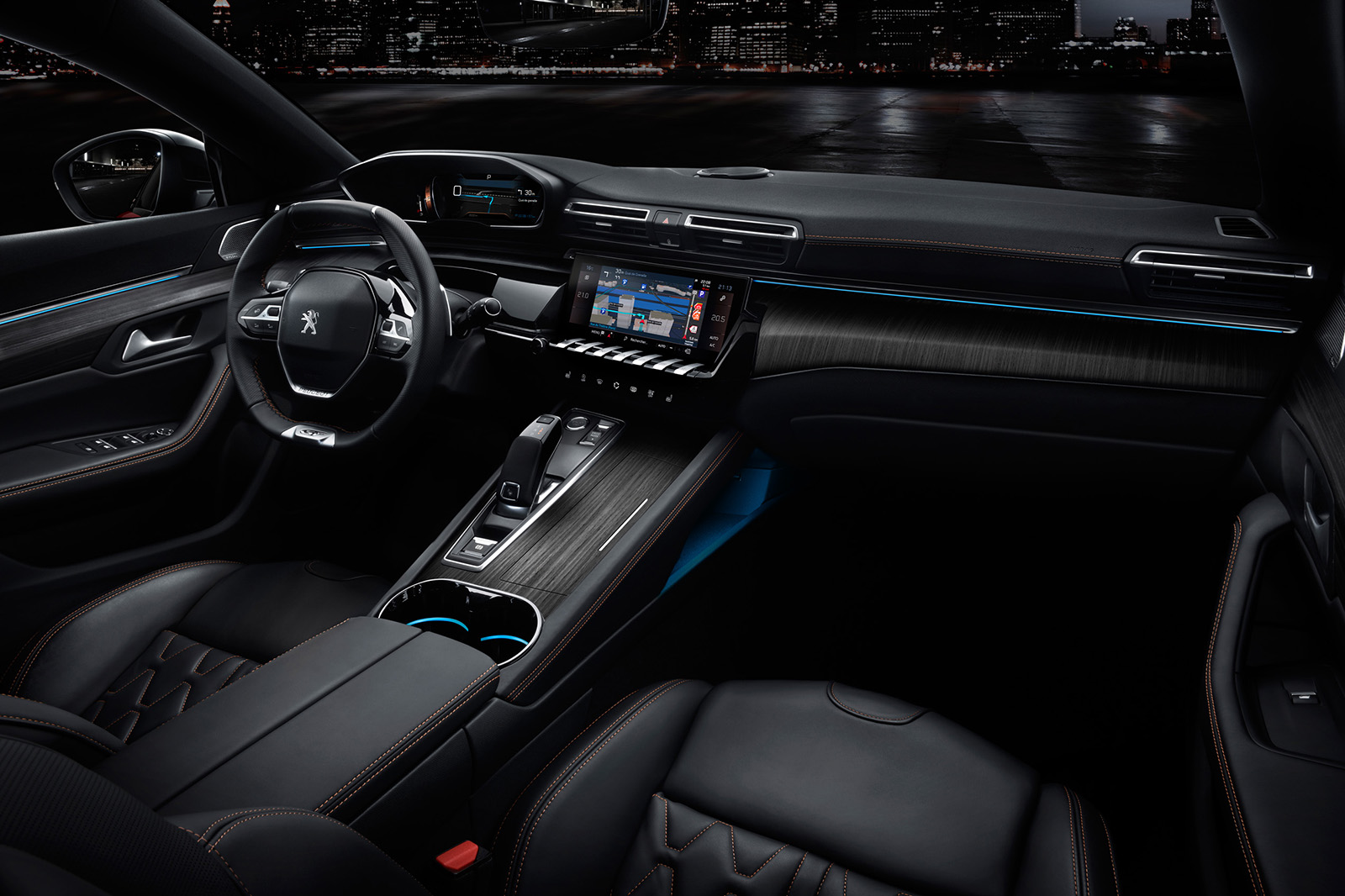 The 508’s renewal is something of a surprise move by Peugeot - the saloon market continues to dwindle due to the market moving to SUVs, while sales of the 508 have never topped the 140,0000 sold in France in 2010. Sales have fallen steadily since then, with 82,000 sold in the car’s home market last year.

With a renewed focus on design and a fresh body style, the 508 marks the beginning of a reaffirmation of PSA’s support of larger saloons, with sister brand Citroën working on a ‘luxurious’ saloon for launch in 2019 or 2020.

The car’s platform remains the same - the PSA EMP2 platform which underpins many of the company’s models, including the Peugeot 3008 and Peugeot 5008 SUVs, Vauxhall Grandland X, DS 7 Crossback and Citroën Picasso MPVs.

The fastback rear is also a departure from its conventional saloon predecessor, and increases boot capacity from 473 litres to 485.

Peugeot's European boss Maxim Picat cites CO2 as his biggest problem. He believes model range, costs, and production issues are broadly in sync with company aspirations, but the 2020 fleet requirement for 95g/km is the tough one. Tougher for others than PSA though, he says. Believes they have the solutions, based on 'the four' - petrol, diesel, EV and PHEV, plus the flexibility to switch.

The 508 plug-in presents Peugeot with a vital offering to the Chinese market, where increasingly stringent emissions limits mean cars with pure electric capabilities are proving extremely popular. Mattei admitted that there would be some minor changes to the 508’s design in order to cater to the unique tastes of Chinese buyers, but that largely, the car would remain unchanged.

“We didn’t design the 508 in Europe and then modify it for China,” he said. “We designed it in Europe with advice from [our colleagues in] China from the very start. In fact, the car’s iCockpit dashboard was shown in China before Europe.”

Picat believes there's a continuing case for big saloons, saying research around 508 has found people who want manufacturers to 'give us back our sense of style'. The reported upcoming Citroen saloon is 'definite' but Picat couldn't be more specific than 'around 2020'.

I won't buy a car if it doesn't have a full size spare wheel.

The hybrid 508 won't be considered by many customers because of this decision.

£25k starting price - that's a bit rich, nice looking car though it is.  Passat, Mazda6, Insignia, Mondeo all start for less (in some cases, a lot less!).  £37k+ for the top of the range model feels eye watering, so I can't see many going for that.

What's not to like about this car with French flair.The drivers seat looks a great place to travel long distances inserene comfort ready for a nice cheese and wine end of journey treat.