BACK TO ALL NEWS
Currently reading: Opel Ampera-e breaks cover at Paris motor show
UP NEXT
Hope for Bloodhound LSR project as sponsor talks start again

The Chevrolet Bolt, GM’s first all-electric vehicle since the EV1 of 1996, will be rebadged as the Opel Ampera-e for the European market
Open gallery
Close

The Opel Ampera-e has made its debut at the Paris motor show with claims it has a 310-mile range.

Although the Ampera-e is a rebadged Chevrolet Bolt, the car won’t be sold under Opel's UK sister brand Vauxhall, as a right-hand drive version of the car has already been ruled out.

Unlike those performance models, however, the Ampera-e has a top speed of 93.2mph; 50mph down on the Corsa OPC. 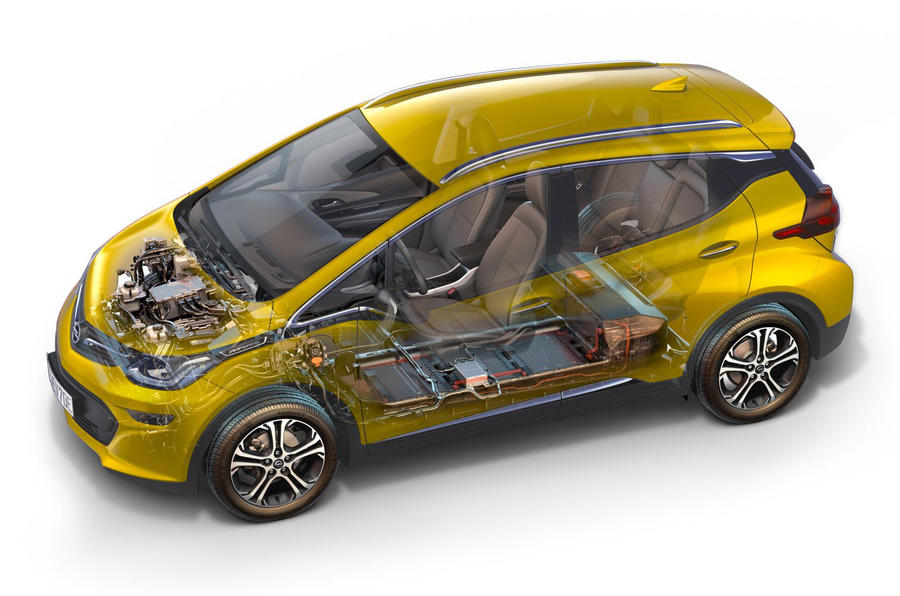 Particularly impressive is the car’s 50-75mph time, which Opel says is just 4.5sec, making the Ampera-e a significant 5.2sec quicker than a Ford Focus ST TDCi.

Opel claims that the electric model can regain 150km of range in 30mins at any highway charging point. "It is a real electric car ready for everyday use," said Opel CEO Karl-Thomas Neumann. "Our model offensive at Opel is underway with 20 new models due before 2020, and Opel is back defining the future."

Executive chief engineer at GM, Pam Fletcher, added "The Ampera-e has been built from the battery up. The battery is a critical piece and it allows the Ampera-e to travel without any compromise. This is a nickel-rich battery."

Feltcher said that the new electric car comes with an eight-year and 160,000km (99,419 miles) warranty for the car and the battery.

The Ampera-e can regenerate energy while running. When coasting, the car’s electric motor acts like a generator and recharges the batteries. A Low mode enhances recuperation, and a Regen on Demand adjusts the powertrain for maximum energy recuperation.

Opel claims the resulting drag torque is so strong in this mode that drivers needn’t use the brake pedal to reduce speed in normal traffic situations.

The Ampera-e is now a small hatchback where its predecessor, the Ampera, was more akin to a family saloon in profile. Unlike the Ampera, it will not feature range extender technology, instead being a battery EV; the first GM has made since the ill-fated EV1 of the late 90s. 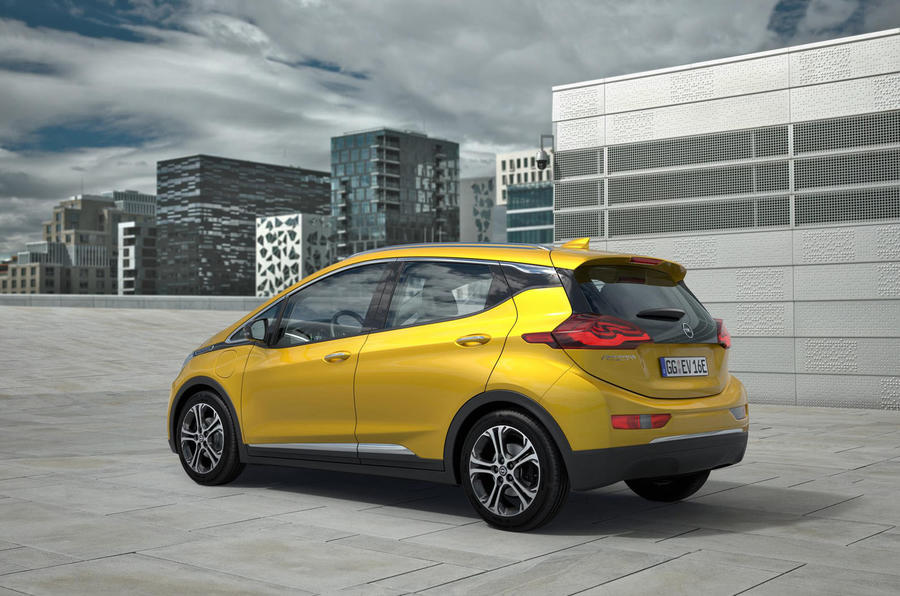 Ampera-e won't get to Britain

The new model, which is due to be launched in European markets next year, won’t make it to the UK, despite the growing popularity of EVs here, because of its all-new, bespoke underpinnings.

"[The new underpinnings were] the only way to get the packaging advantage,' said Adams, before suggesting the Ampera-e could well be one of several GM EVs to come from it. Adams wouldn't be drawn further, other than to say that "this is just the beginning, and there are opportunities." Among those might be a crossover, the range potential of the Ampera's battery pack, or still more efficient versions of it, making a heavier, less aerodynamic vehicle possible while retaining a decent range.

GM Europe design boss Mark Adams told Autocar that these underpinnings were developed for a European model from the start. "We had early engagement - we make use of global models where they make sense," he said. But the structure was developed for left-hand-drive markets only, and to adapt it to a right-hand-drive version would incur significant costs.

Vauxhall said it is building a business case to encourage the development of a universal platform in the future, confirming right-hand-drive Ampera-es won’t be produced before the current model’s production life ends.

“Vauxhall is committed to having a future EV presence in its range," said Rory Harvey, Vauxhall’s chairman and managing director. “The technology that underpins the new Ampera-e is of great interest to us, and we will be evaluating left-hand-drive cars from next spring and demonstrating them to clients.

“The fact that the Ampera-e is not an eco-luxury or second car for customers broadens its appeal greatly, but it’s obviously vital that the car we sell in our market is right-hand-drive, and that won’t be available in the current generation.”

Shame on you GM - don't you realise you have a winner! I would trade in my present Hybrid for a new Ampera-e right this minute.
Scrubber 17 May 2017

Is there anything that can be done to help people like me who want to buy the new Ampera-e RHD model?
TurtleGerald 29 September 2016

GM Should Learn from One Ford

Oh the irony! Ford brings us the mighty 5.0 V8 Mustang in RHD, not to mention the Edge SUV, but GM go the opposite way and make an eco-friendly car that can't be practically converted into RHD. It would've been really good to see this car join the Vauxhall lineup.
TurtleGerald 29 September 2016

GM Should Learn from One Ford

Oh the irony! Ford brings us the mighty 5.0 V8 Mustang in RHD, not to mention the Edge SUV, but GM go the opposite way and make an eco-friendly car that can't be practically converted into RHD. It would've been really good to see this car join the Vauxhall lineup.
View all comments (8)