BACK TO ALL NEWS
Currently reading: Nissan Leaf Nismo electric hot hatch launched in Japan
UP NEXT
New 2023 Porsche 911 GT3 RS is "most track-focused" ever

Nissan has launched a Nismo version of its Leaf electric hatchback in Japan, offering a more urgent powertrain, sportier handling and an aggressive look.

The Leaf Nismo has been altered by Nissan’s performance division and was previewed in a concept earlier this year. Although it won't be sold outside of Japan, it could preview the look of a Nismo trim variant that could make it to the UK.

The Leaf Nismo has been given a more urgent powertrain and sharpened throttle response. No performance figures have been released, but improvements are expected on the standard car’s 7.9sec 0-62mph time and rolling acceleration pace. 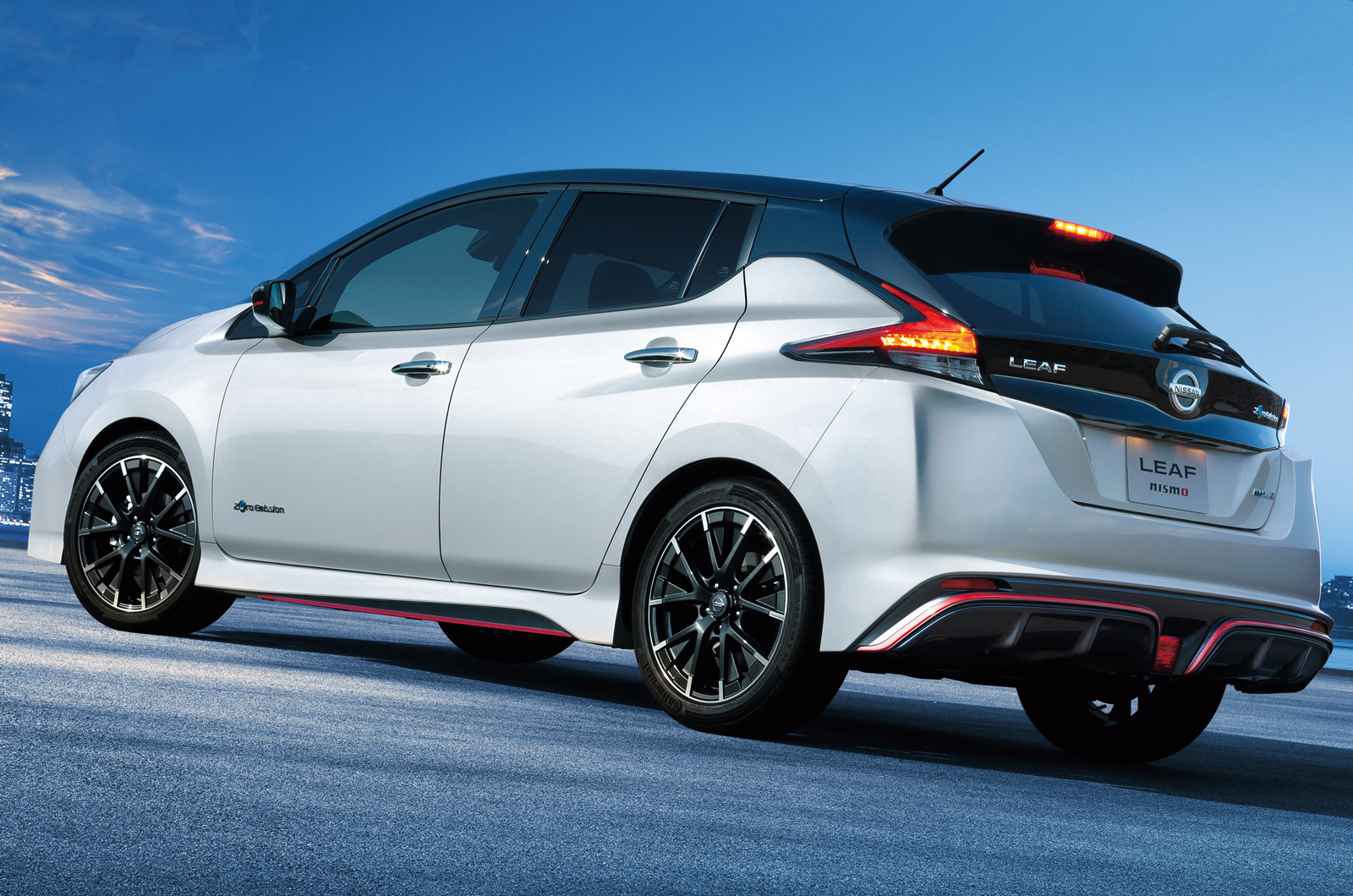 Also added are 18in wheels wrapped in Continental ContiSportContact 5 tyres, different dampers and an altered electronic stability control system, to make the car feel sharper and more eager on the road.

The powertrain hardware remains the same as the normal Leaf's, with a 40kWh battery pack providing energy to an alternating current synchronous electric motor. But a new custom tuning computer has been added to enhance the system’s performance.

To mark it out from the standard car, Nismo has added a new front grille and bumpers, with contrasting colours and a Nismo badge. There’s also a diffuser at the back. Inside, there are Alcantara sections on the steering wheel, red trim and different gauges, as well as a carbonfibre-effect finish on the dashboard. 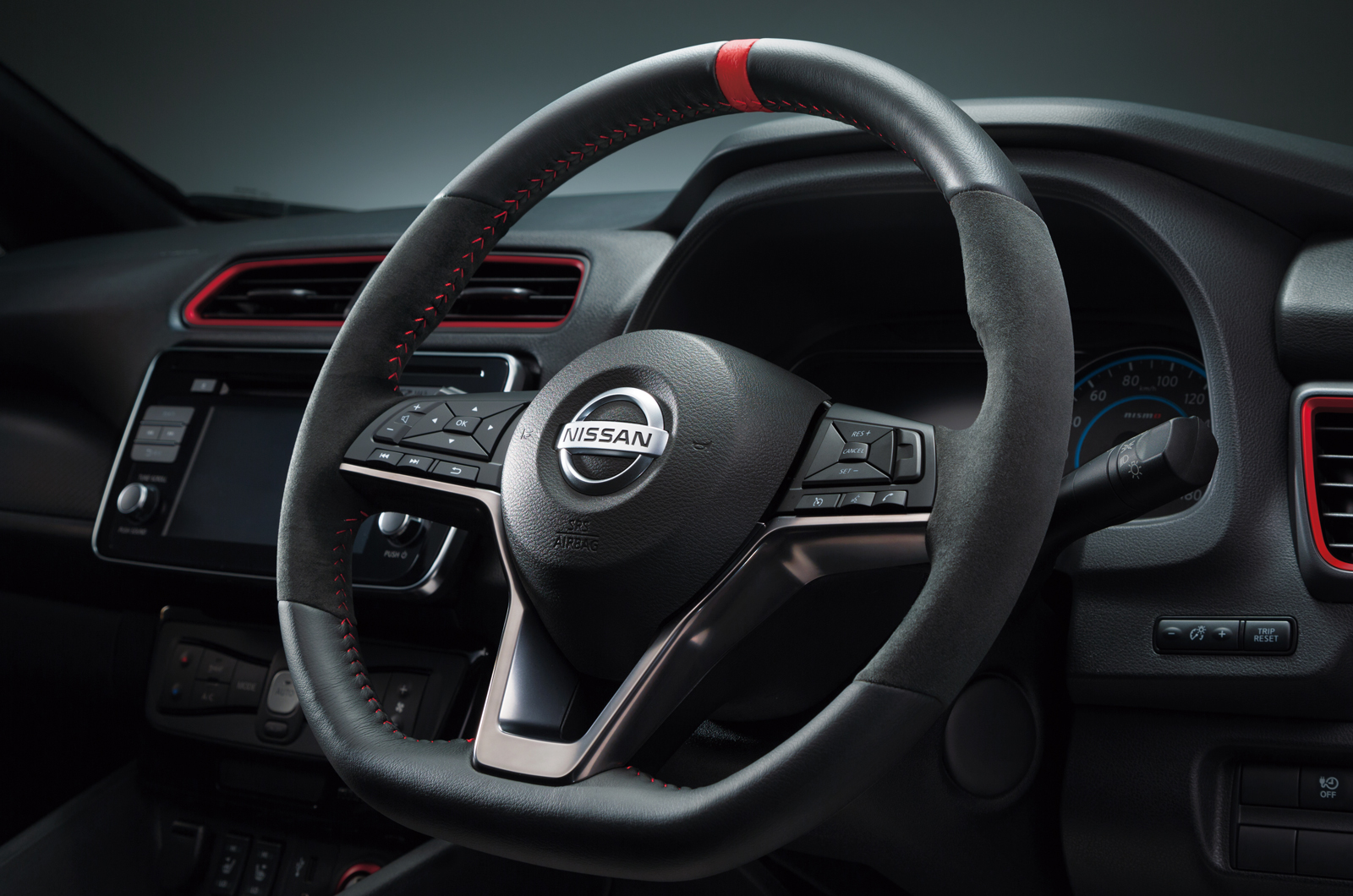 Nissan design chief Alfonso Albaisa told Autocar last year that a “racier” Nismo Leaf would be produced to provide the second-generation electric hatch with a halo model. He said this would contrast with the previous Leaf range, which came with few design variants and had a look that “wasn’t popular with the majority of people”.

“The new car is lower, wider and sportier, with the point of this design being to get greater accessibility of the market,” he said.

While no Nismo-badged Leaf has been confirmed for the UK, Autocar understands that a ‘design halo model’ that wears Nismo trim and sticks with the standard running gear is likely.

One of the most important

One of the most important factors of the hot hatch segment is the sound, so hopefully they improve this aspect, spaceship like or not, from the standart version which sounds boring as hell.

Your missing the point.

I reckon that the aim is for it to be a match for the Golf R in the traffic light grand prix.

This will open up the lucrative hot hatch market to a whole new customer demographic.

I reckon that the aim is for it to be a match for the Golf R in the traffic light grand prix.

This will open up the lucrative hot hatch market to a whole new customer demographic.

I could say that at least we won't have the awful, synthetic sounding 'sports' exhausts that so many of performance models have now (and surely aren't road legal), but I'm sure they'll come up with something equally as unpleasant and artificial.

Those wheels will cripple the

Those wheels will cripple the ride & reduce the range. Not really an enhancement. Being able to rapid charge twice would be more use!!