BACK TO ALL NEWS
Currently reading: Nissan GT-R50 by Italdesign: Production details and specs confirmed
UP NEXT
Volvo C40 Recharge electric coupé-SUV arrives with 402bhp

Limited edition, Nismo-tuned production model will start at €990,000, with 50 due to be made
Share
Open gallery
Close
Share story

Nissan has opened order books for the production-ready GT-R50 by Italdesign, an ultra-exclusive rebodied GT-R Nismo. 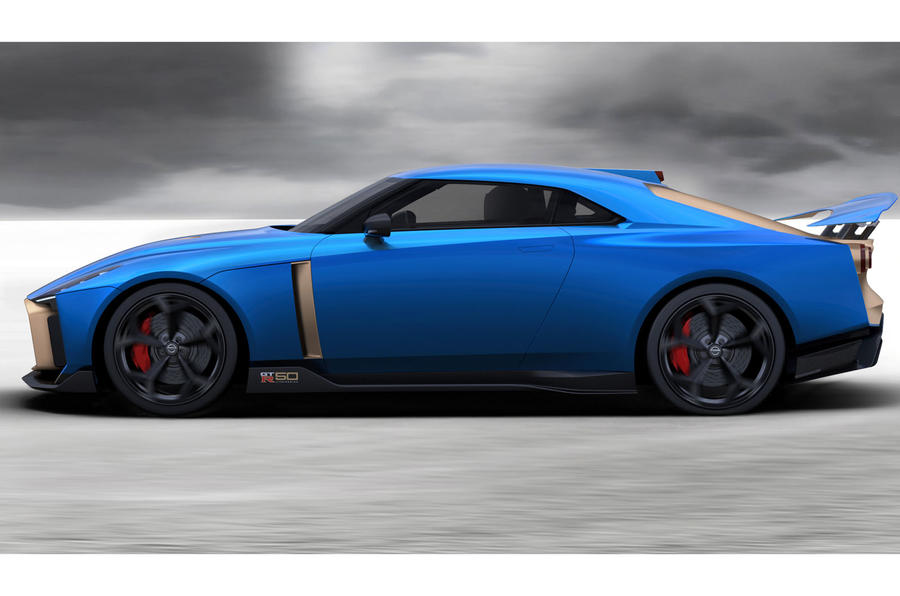 The launch of the model, created in collaboration with Turin-based design house Italdesign, commemorates the 50th anniversary of the GT-R in 2019, and the same milestone for Italdesign in 2018.

Based on the GT-R Nismo, the GT-R50 is Nissan and Italdesign’s first joint project. The development, engineering and building of the car was all Italdesign’s work, while the design was undertaken at Nissan’s London and San Diego design centres.

Styling of the production GTR-50 is relatively unchanged from the concept that was displayed at the 2018 Goodwood Festival of Speed. That vehicle was finished in a unique grey-gold combination, but Nissan says each production GT-R50 will likely be unique, given Italdesign's specialisation in bespoke fitment. 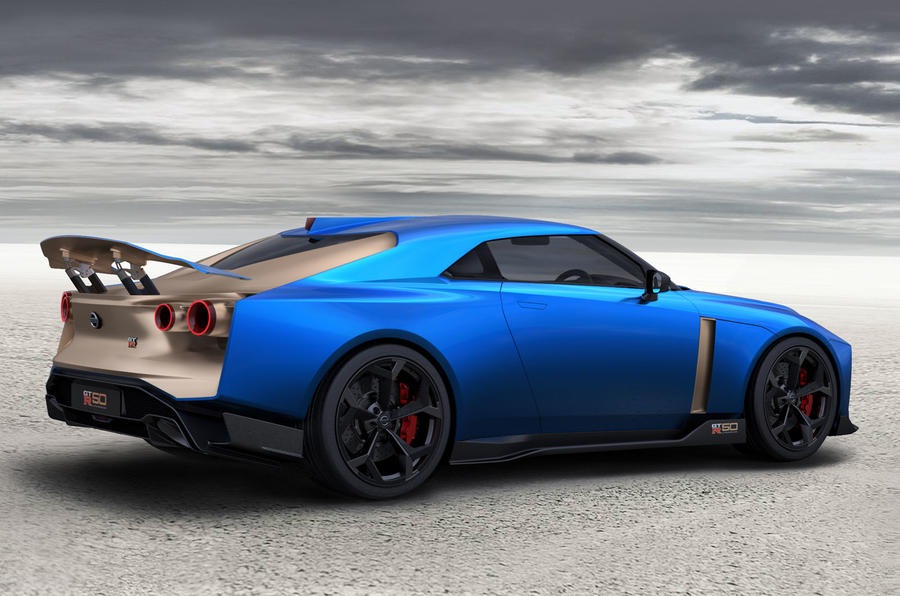 The model is longer, wider and lower to the ground than the Nismo on which it’s based, while the roofline has been lowered by 54mm. The car’s original features have been exaggerated and aerodynamically improved, most notably in the form of the large, adjustable rear wing.

Performance has been boosted to fit the car’s limited status, with the 3.8-litre V6 engine producing 710bhp and 575lb ft - up from the 592bhp and 481lb ft of the standard GT-R Nismo. Race-spec turbochargers have been fitted, as have a larger intercooler system, adjustable dampers and heavy-duty crankshaft, pistons, bearings and connecting rods. Upgraded intake and exhaust systems also help to achieve the 118bhp boost.

“How often do you get to ask ‘What if we created a GT-R without limits?’ and then actually get to build it?” said design boss Alfonso Albaisa.

“This is a rare window in time when two big moments intersect: 50 years of Italdesign shaping the automotive world and 50 years of Nissan generating excitement through our iconic GT-R. So to celebrate this convergence, Nissan and Italdesign created this custom GT-R to mark 50 years of engineering leadership.”

The prototype GT-R50 is currently on display at the Nissan Gallery in Yokohama, Japan, and is expected to head to North America in early 2019 where it is likely to appear at the New York motor show.

Deliveries of customer models will begin in 2019 and will finish by the end of 2020.

The genius of Italdesign

Nissan GT-R: a race against the sun to celebrate 10 years of Godzilla

a below par follow up to the Morris Ital

This is an incoherent design, and to my eyes looks worse than the standard car.  The attempt to impose Italian design cues onto a classic Japanese design has not been successful

Totally agree, what a dogs

Totally agree, what a dogs breakfast

Good to see the world is finally reverting back to a bit of sensibility.