BACK TO ALL NEWS
Currently reading: New York motor show 2022 report
UP NEXT
Spending 48 hours touring in a Ferrari Roma

The New York International Auto Show has returned in 2022 after two years of cancellations because of the global coronavirus pandemic.

Famous for some of the biggest unveilings in the US car market, the Big Apple’s motor show also gives the public the chance to see some freshly revealed European cars in the metal for the first time.

This year, the show will feature a track for EV test drives, a micro-mobility area, a selection of supercars, hypercars and exclusive luxury vehicles, and a new automotive aftermarket experience.

The show takes place from 14 to 24 April. Here are some of the cars that have featured so far: 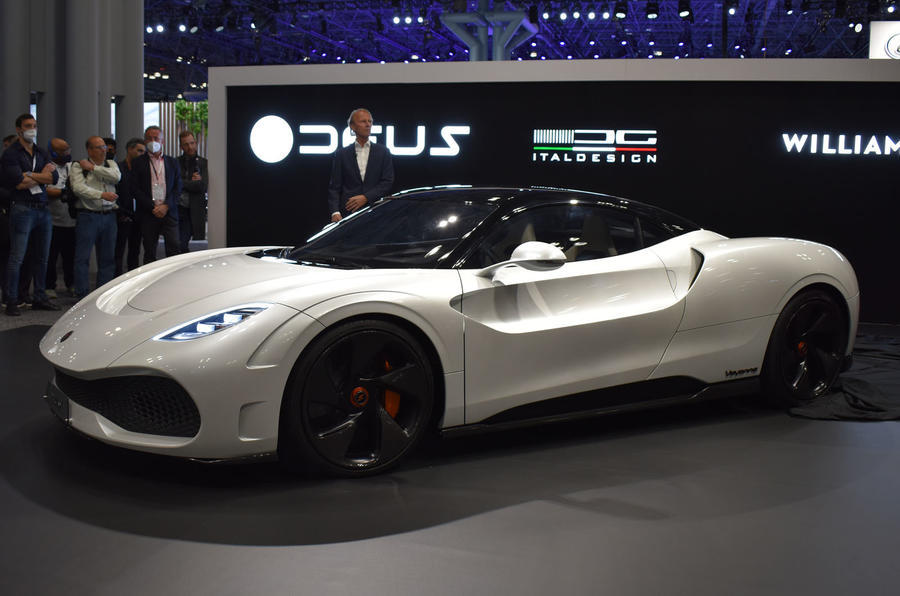 Austrian manufacturer Deus has revealed the Vayanne - an all-electric hypercar that produces a claimed 2169bhp and 1475lb ft of torque.

Top speed is said to stand at 248mph, while 0-62mph takes 1.99sec. It sits just 120mm from the ground, but Deus says the model will  offer a “comfortable and luxurious ride” with “maximum daily usability”.

If accurate, it would mean the model is significantly more powerful than the 1877bhp Pininfarina Battista, 1923bhp pre-production Lotus Evija and 1914bhp Rimac C_Two.

The Vayenne is claimed to feature a design language inspired by “symmetry and infinity," and has been developed in partnership with Italdesign and Williams Advanced Engineering (WAE). 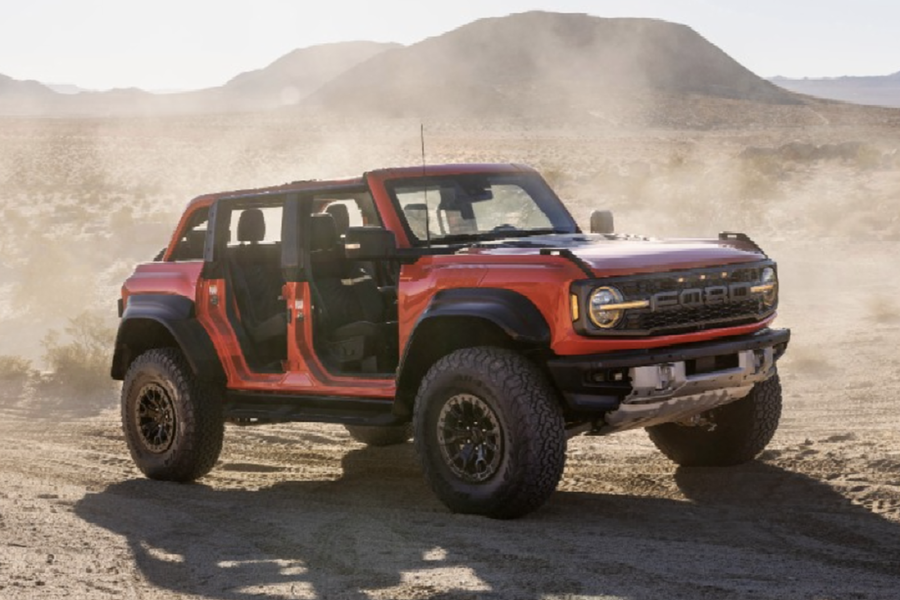 Ford has debuted the most powerful street-legal Bronco ever in New York. The Bronco Raptor is driven by a twin-turbocharged 3.0-litre EcoBoost engine producing more than 400bhp.

It also features a Raptor HOSS 4.0 race-ready suspension system, a fully boxed, high-strength steel frame and huge 37-inch all-terrain tires as standard. New to the Bronco is a tow/haul mode, which can drag payloads of up to 4.5 tonnes. 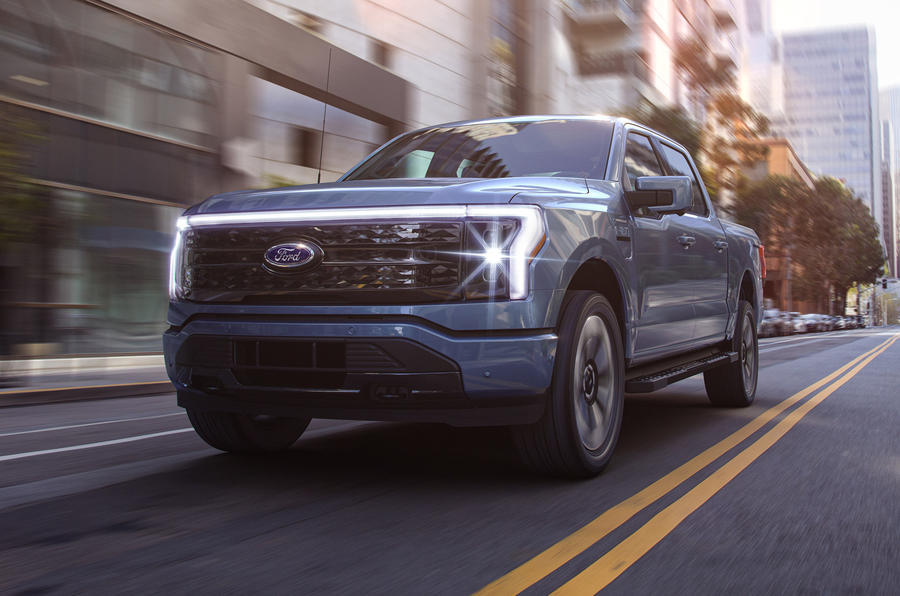 The electric version of North America's best-selling vehicle will arrive in 2022 with 563bhp, 775lb ft and four-wheel drive, looking to tackle Tesla head on.

It will be offered with two battery capacities, delivering official ranges of around 230 and 300 miles on the American EPA test cycle. Ford claims the F-150 Lightning will be capable of a 0-62mph time of between four and five seconds. 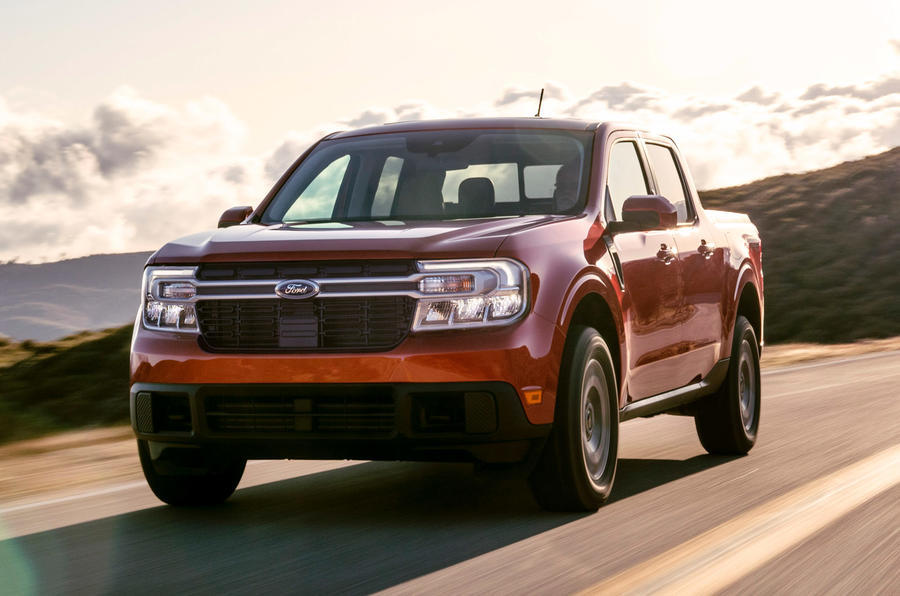 Ford hopes the Maverick will provide a different package in a market or large pick-up trucks. The model is a lot more compact than its Ford Ranger sibling and is based on the same platform as the Kuga.

Under the bonnet sits a 2.5-litre hybrid four-cylinder petrol engine producing 191bhp and 155lb ft. The five-seater, Ford claims, will be the fuel-efficient truck on sale, returning an estimated 40mpg in the city with up to 500 miles of range per tank. 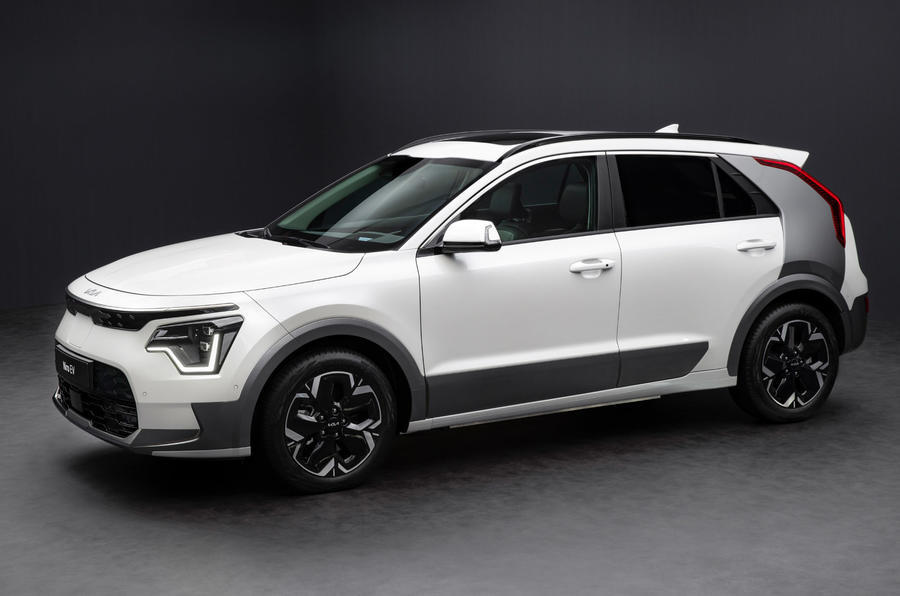 The radically restyled Kia Niro made its North America debut in New York, sporting its Habaniro-inspired design to public crowds. The model will return with hybrid, plug-in and all-electric powertrains, in a “ground-up” reinvention of the model.

It’ll be the first Kia to be built on the new K3 Hyundai Group platform, which has been specifically designed for electrified powertrains. The New Niro will go on sale in the UK in April, before the EV model arrives in August. 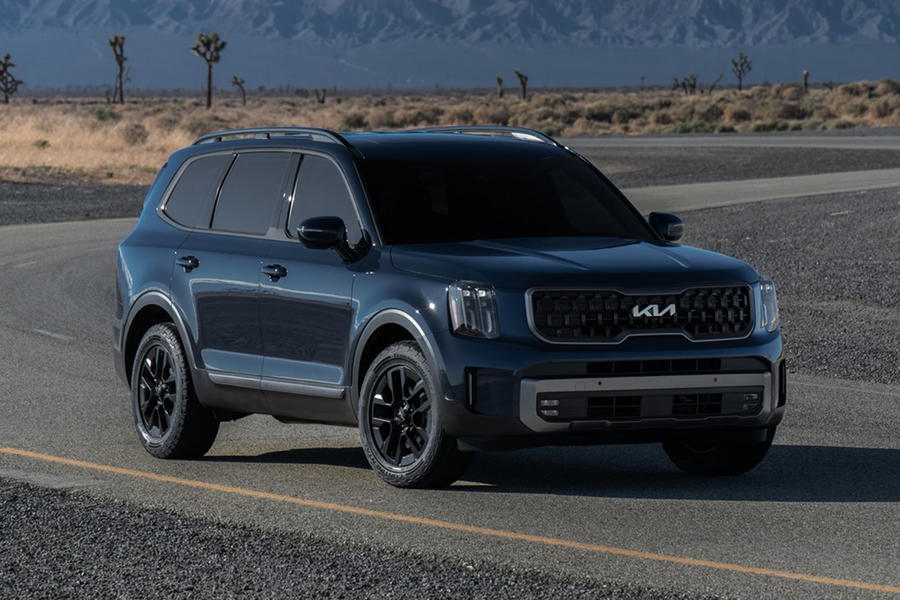 Kia’s largest model, the 2023 Telluride has been fully revealed in New York, thus making its first public appearance. The three-row SUV is unlikely to make it to the UK, but the new model will feature new design elements inside out.

Updated technology and convenience kit are both expected, including a new, large central infotainment screen. The Telluride will also retain all-wheel drive and its seating set-up, which boasts enough space for eight passengers. An expanded specification line-up will also add to the model’s versatility. 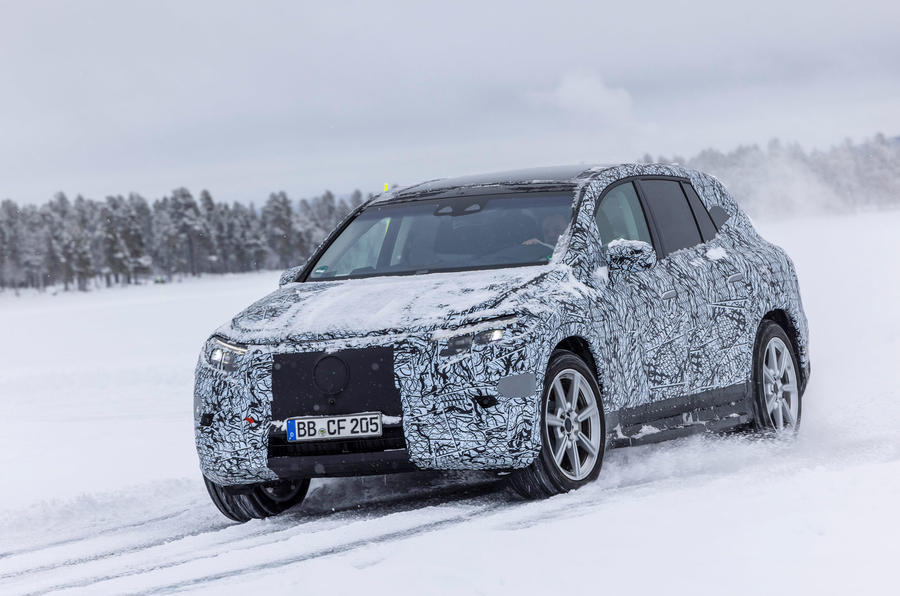 The all-electric Mercedes-Benz EQS SUV will be the next model based on the firm’s bespoke EV architecture. Available with up to seven seats, the EQS SUV will lead the firm’s next wave of electric vehicles destined for the UK.

The EQS SUV is set to offer a 108kWh lithium ion battery pack mated to two motors, together developing up to 516bhp and 630lb ft of torque in the strongest of the planned standard four-wheel-drive models.

Mercedes-Benz revealed the interior of its EQS SUV earlier this month, but we’ve still yet to see the final design of the model’s exterior. As in the EQS limousine, the firm's 56in MBUX Hyperscreen is the focal point of the stylish interior. Could it make an appearance on the show floor? 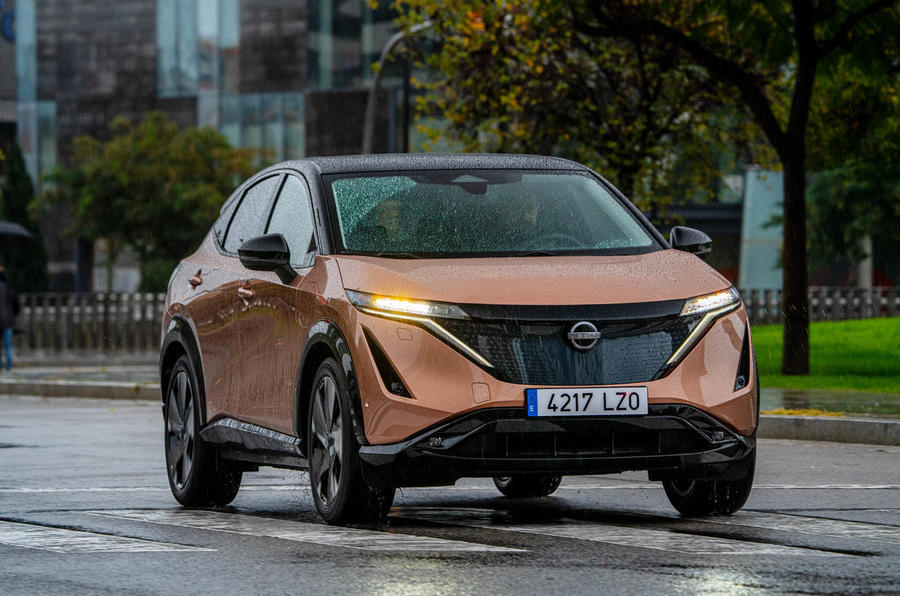 Nissan’s second EV will help it step into “a new era for electric vehicles”, with bold styling, 310 miles of range and a 389bhp variant.

The Volkswagen ID 4 rival will begin deliveries later in the summer, with prices starting from £41,845 in the UK. The model’s development boss said the aim of the car was to provide “maximum, usable performance in a wide range of driving conditions”.

It will feature Nissan's e-4orce four-wheel drive system, dubbed the “spiritual offspring” of the system used in the Nissan GT-R. 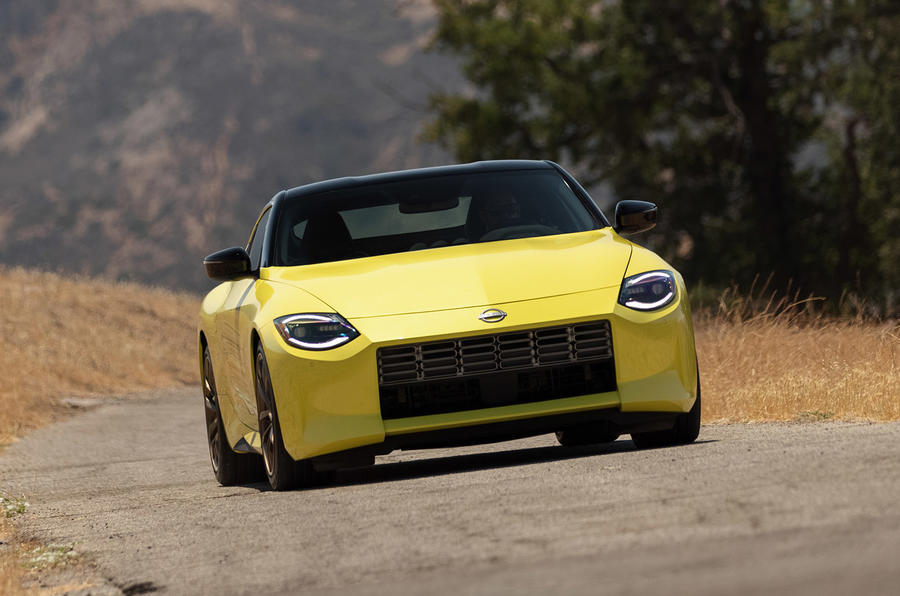 The new Nissan Z won’t be coming to the UK, but the New York motor show offered a glimpse of the model in its most vital market. It was dropped in the UK because of “a shrinking European sports car market and specific regulations on emissions”, Nissan says.

The Z will be launched in the US market this year, while the Japanese-market version of the car, named the Fairlady Z, will be revealed in the coming months. 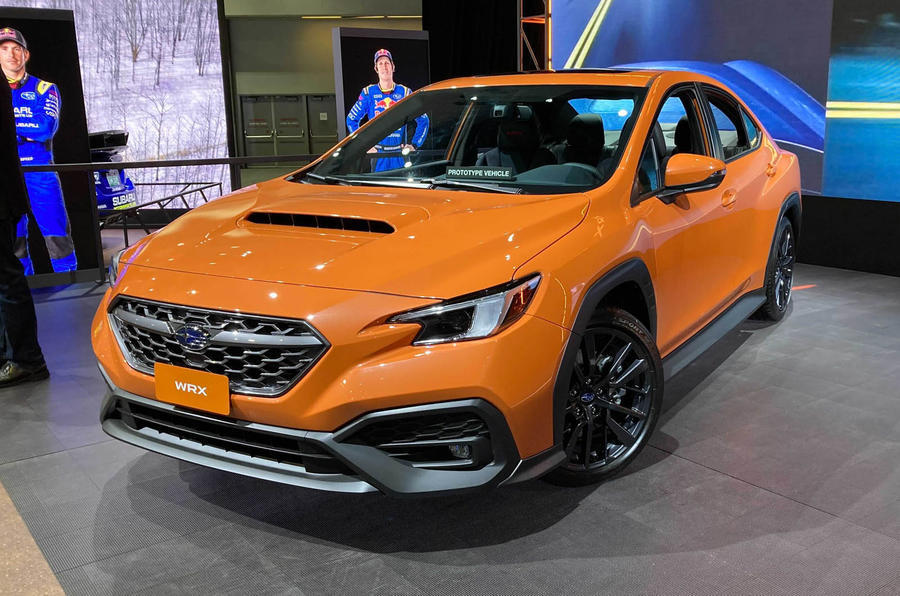 Another model that won’t officially reach UK shores, the Subaru WRX has been revived for 2022. It gains a new platform, a heavily upgraded chassis and an overhauled interior. It’ll be powered by a 2.4-litre turbocharged boxer engine - similar to that used in every WRX since the Mk1 model of 1992.

The result is a punchy 271bhp and 258lb ft, with four-wheel drive, a six-speed manual gearbox or a new Subaru Performance automatic transmission. 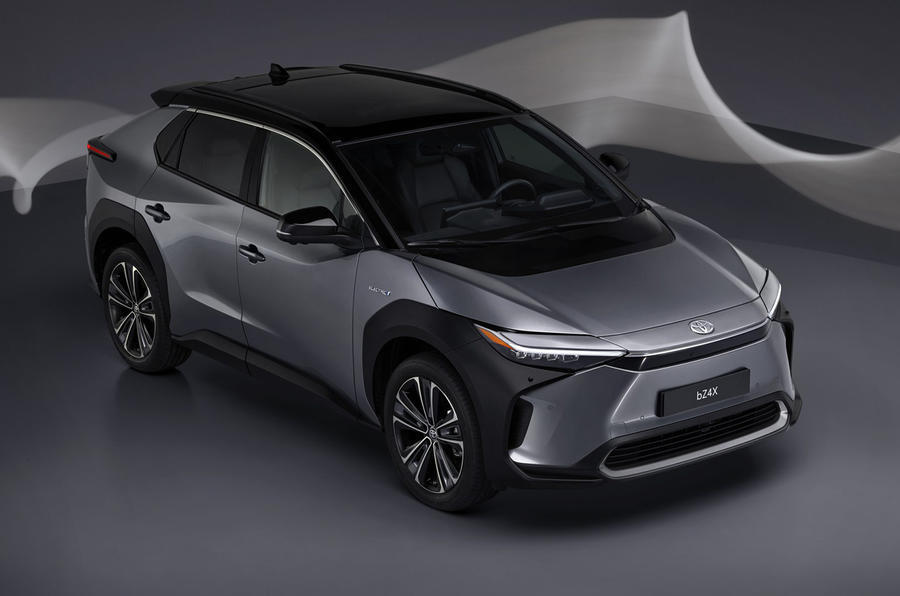 The Toyota bZ4X, the firm's first production EV, appeared at the show ahead of its upcoming market launch. The model features a new, bespoke four-wheel drive system, which gives the car “class-leading off-road driving capability”.

It made its public debut at the Los Angeles motor show last year and the entry-level car promises a WLTP range of more than 280 miles. Toyota says its powertrains draw on 20 years of electrification experience, with “class-leading efficiency and a very competitive driving range”. 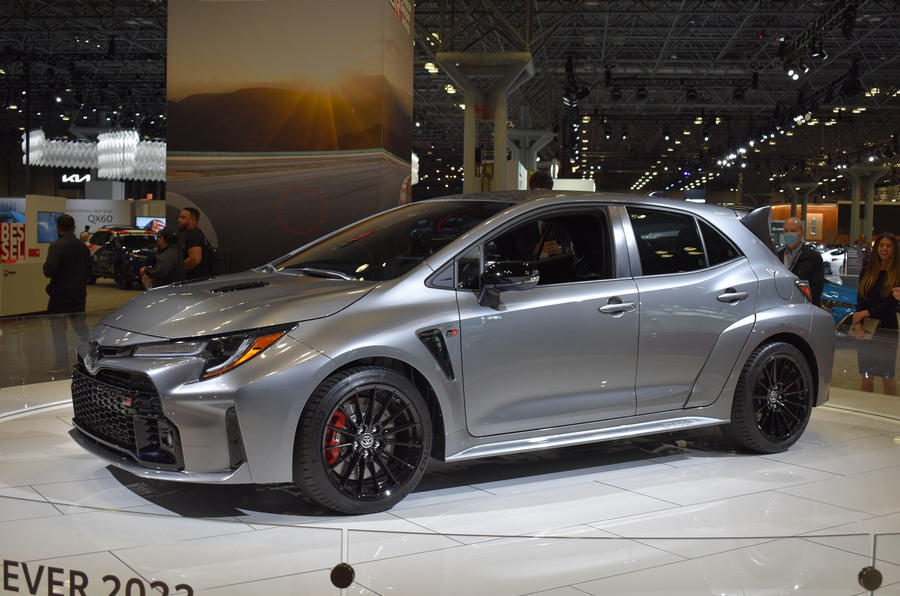 The Toyota GR Corolla is the latest addition to the Japanese firm's Gazoo Racing line-up. The long-awaited model will join the Toyota GR Yaris, Toyota GR Toyota Supra and the Toyota GR 86, but won't be sold in Europe.

It's driven by the same turbocharged 1.6-litre used in the brilliant GR Yaris, but power has been uprated substantially to 300bhp and torque boosted slightly to 273lb ft.

Toyota says the power boost is possible because of some significant mechanical changes, including the addition of a triple-exit exhaust, a new "multi-oil jet piston" cooling system, larger exhaust valves and a part-machined intake port. 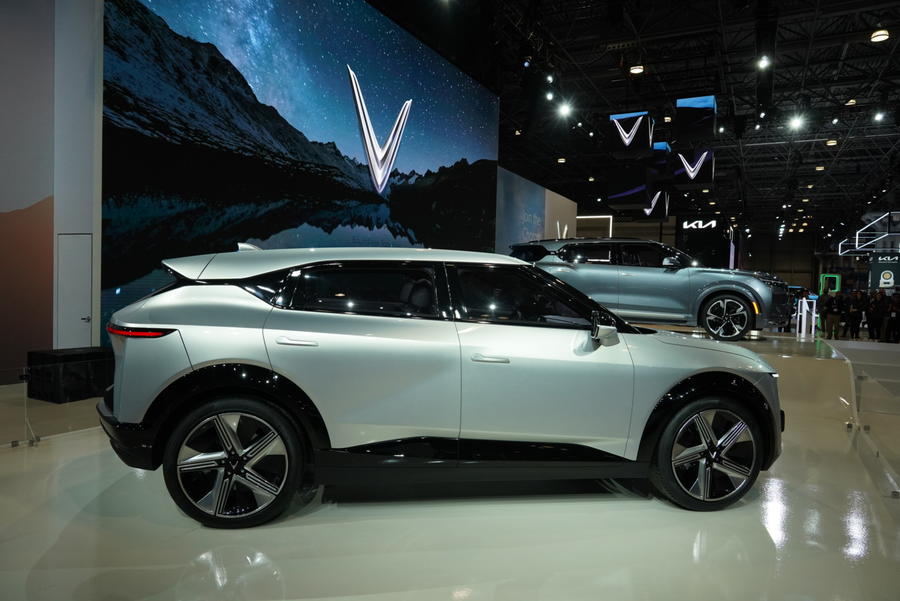 Vinfast has partnered with Pininfarina to build two SUVs: the VF 8 and VF 9. Both are heading to Europe, arriving first in Germany, the Netherlands and France.

The two cars are said to be inspired by sports cars, with a design to optimise dynamics. The models will go on sale later in 2022. 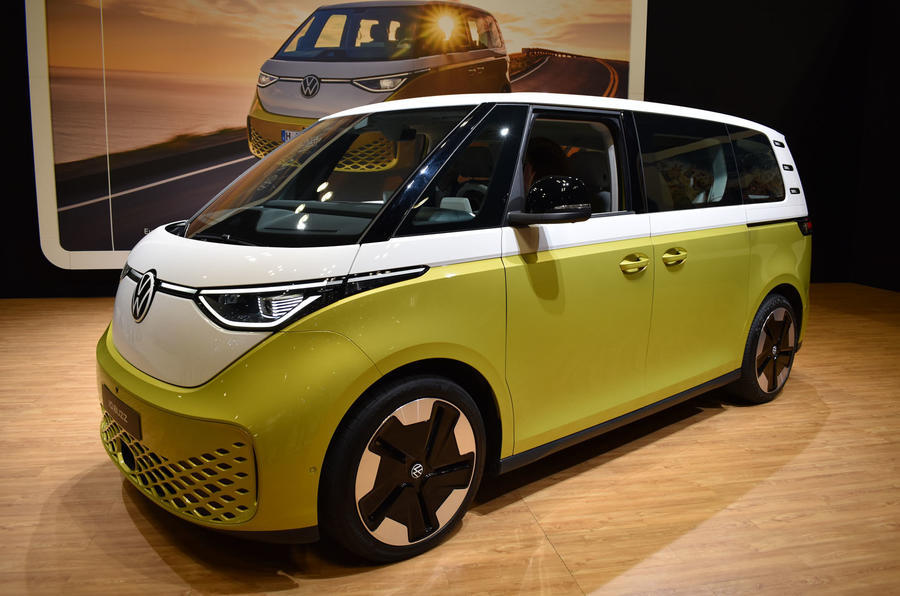 The Volkswagen ID Buzz made its public debut at South by Southwest in Austin, Texas, earlier this month, but the revived edition of the firm’s microbus has now taken to the show floor in New York.

The model was fully revealed at the start of March and it will initially be available as a single-motor, rear-wheel-drive model. It will be driven by a 201bhp, 228lb ft electric motor, as used by other Volkswagen models in the ID range.

A more powerful four-wheel-drive, dual-motor version will arrive in 2023, but those wanting to get behind the wheel of a Buzz California camper van will have to wait until 2024.

VinFast may well sell in it's home country Vietnam,but I don't fancy it's chances in Europe at least with that car,it's certainly no looker which is a surprise if Pininfarina has had any input in it's styling,mind you they did design the Hyundai Matrix which wasn't  much to shout about

Christ, if that Vinfast was inspired by sports cars I'd hate to see the one inspired by a stupidly bloated SUV. What a load of cobblers.

The takeaway from this article is that there's hardly any new metal that hasn't been shown elsewhere coming to the show.