BACK TO ALL NEWS
Currently reading: New Touring Superleggera Arese RH95 on show in UK
UP NEXT
Why now is the time to buy a proper high-mileage hero

Italian coachbuilder Touring Superleggera has marked its 95th anniversary with the striking Arese RH95, a mid-engined, carbonfibre-bodied supercar with a 710bhp Ferrari V8.

Following in the footsteps of last year's Ferrari F12-based Aero 3, the Arese is the Turin firm's first mid-engined creation. It has made its debut at London's Salon Privé exhibition this week.

With a completely bespoke design that sets it apart from the Ferrari F8 Tributo with which it shares its engine, the carbonfibre-bodied Arese is said to represent the next generation of Touring's Aero lineage, born in 2012 with the reveal of the Disco Volante.

Among its defining characteristics are a nostril-style front grille and a prominent aluminium side section, while scissor doors and a prominent (and functional) dorsal-style air intake behind the cabin hint at its performance potential. 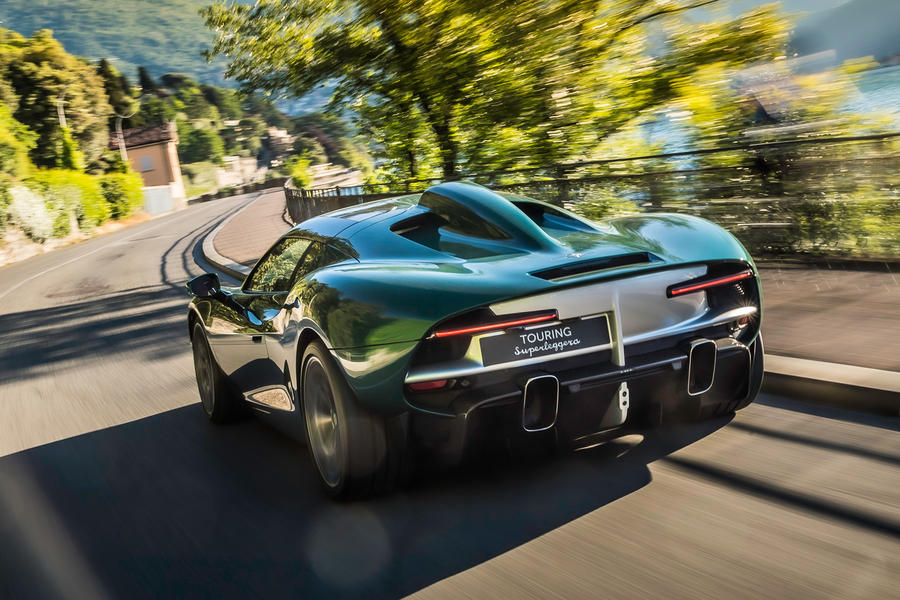 Indeed, Touring claims a 0-62mph time of 3.0sec and a top speed of 211mph, nearly exactly matching the F8 Tributo, with which the Arese also shares its F1 seven-speed dual-clutch automatic gearbox.

The undisclosed donor chassis has been modified to best suit the new body, and Touring says that each completed car will be "thoroughly tested and quality assured" before its owner takes delivery.

The first example is finished in Verde Pino with a Caramel and Cocoa interior, while cars two and three will respectively have Alfa Romeo-inspired red-and-white and Gulf Oil-esque orange-and-blue liveries.

Touring plans to make just 18 Areses, and buyers can supply their own donor car. Each takes six months to complete, and pricing is available upon enquiry.

What is wrong with these people? There is a reason we don't have brand names like Fueck, Shiat and Winkel (though hat tip to that rotary engine)

Steering wheel and other cabin bits right out of a 488. Obviously an F8 is just a tarted up 488, so it's really no mystery what the 'donor' chassis is. Suspect it's just an F8 and they've used some 488 bits in the cabin. Could be a 488 chassis with F8 spec powertrain, but the two are largely the same car so it's an academic distinction.

Probably better looking than either F8 or 488, but that's not saying all that much.

abkq 3 September 2021
Yet another irrelevant and generic hypercar. But this seems to be where money is made.
Produce a limited edition to ensure rarity value and charge a skyhigh price for it.
When the run is finished, move on to the next project. Revive a defunct exotic brand name and start again. Doesn't matter whether the new car has any reference to the old one except by name. The game is exploitation.
View all comments (10)