The prototype wears a bodyshell that's heavily based on the outgoing Yaris but it's clear to see that it will sit much higher than that model and feature a bespoke headlight design.

The Japanese firm says the as yet unnamed new model blends the firm's “extensive small car experience with its strong SUV heritage”.

The model was first announced at a company showcase event in January, before the maker released a darkened image of the SUV's rear styling in the run-up to a planned unveiling at the Geneva motor show. Following Geneva's cancellation, the new small SUV is now expected to be launched at a dedicated event later this year. 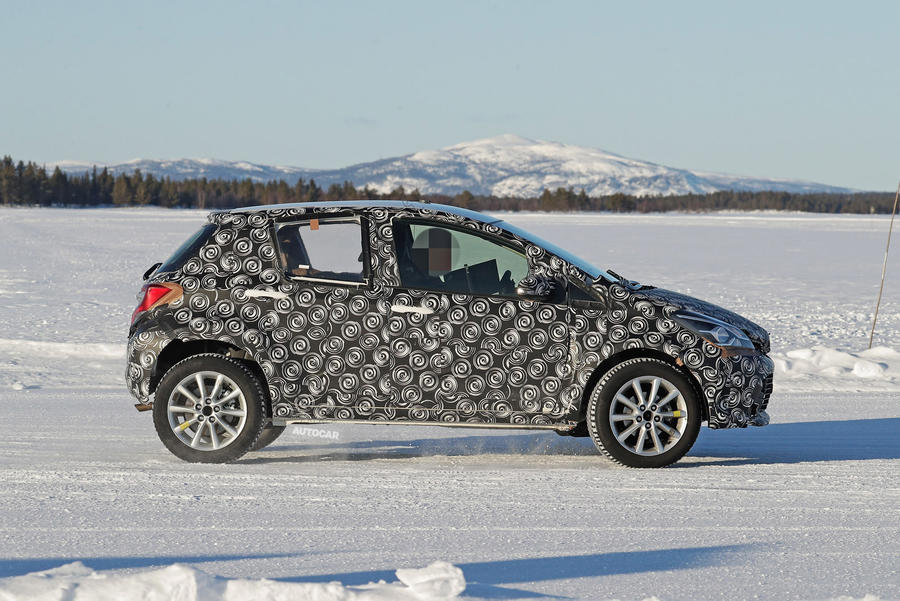 It will use the same TNGA-B platform and 1.5-litre petrol-electric hybrid powertrain as the new Yaris supermini.

Despite sharing many parts with the Yaris, the SUV is an entirely new design, Toyota has said. Toyota Europe vice-president Matthew Harrison promised that the car won't be "just a Yaris with body cladding and raised suspension". Instead, it will be "an entirely new and distinctive B-SUV model" with a "compact, dynamic design and a personality of its own”.

Sitting directly below the Toyota C-HR, it will be longer, wider and taller than the Yaris, with a longer wheelbase, and offer an 'intelligent' four-wheel drive system and proper off-road suspension, according to Toyota representatives.

Toyota hopes the model will help capitalise on the ongoing popularity of compact high-riding models and predicts it will make up almost 30% of its European sales volume, along with the Yaris, by 2025. It will face stiff competition from the all-new Nissan Juke, Renault Captur and Ford Puma.

Toyota said the name of the SUV, volume plans and the timing of its introduction will be announced at a future date. It will be built alongside the Yaris at Toyota's plant in Onnaing, France.

Would've been interesting to see what would've been shown at Geneva as the car in the pictures seems like a normal Yaris. Maybe the Toyota engineers were breathing a sigh of relief when the show was cancelled!

This could be earmarked for the Asian market as its primary focus and then the European market, both markets where small size and being practical are a selling points.

I spend my time trying to find a replacement for my 2001 yaris verso. Often think that Toyota should just stick battery and a motor in some of those and they've got the winner. Why they abandoned it I'll never understand.